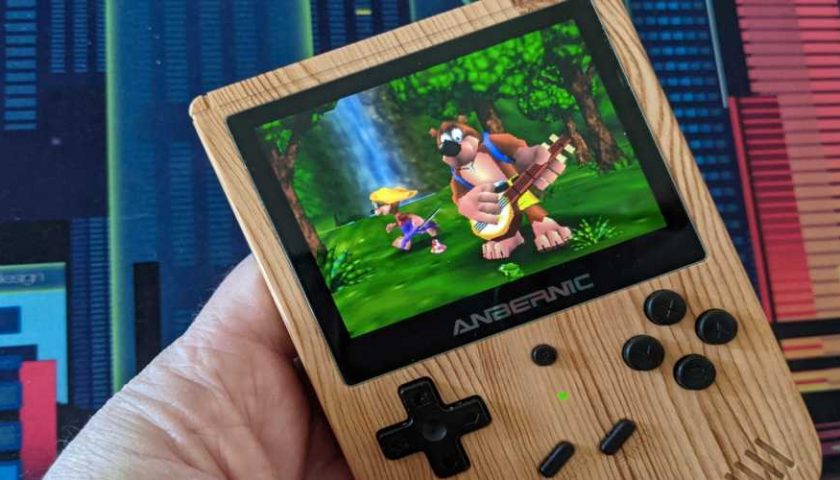 I’d like to think I stay on top of video game trends pretty well, but emulation is something I know very little about. I’ve used apps like My Boy! And Dolphin to play the occasional Pokemon or Metroid game on my phone, and I’m vaguely aware of the community that has done so much good work for game preservation, but I had no idea how accessible and affordable emulation hardware had become. Believe it or not, you can find high-quality handheld consoles online for as little as $100 that are capable of playing virtually every game made before the PS1/N64 era, and even some after. These aren’t just weird knock-off Game Boys either – with a little bit of tuning and some minor upgrades, it’s relatively simple to turn a $100 emulator into the console of your dreams.

Finding information about handheld emulators can be difficult due to the legal grey area they exist in. I discovered a brand called Anbernic through unboxing videos on TikTok and quickly fell into a YouTube rabbit hole of hardware review from retro experts and emulation experts like Retro Game Corps and Retro Dodo. Anbernic releases multiple devices every year with different specs and styles, so it can be tricky figuring out which one is best for you. I eventually chose the RG351V (they all have names like that, unfortunately) because it has the classic Game Boy form factor with the addition of shoulder buttons and a control stick. I mostly wanted it for GBC and GBA games, with the option of the occasional PlayStation or PSP game, so it was the perfect device for me.

Related: Top Five Handheld Emulators That Will Never Bring Your Childhood Back

The off brand name and weird model numbers – not to mention budget price – may lead you to believe that these are cheap, throwaway consoles, but that isn’t the case at all. The RG351V feels great to hold, the buttons are clicky and responsive, and the IPS screen is bright and beautiful. The best part is that it comes preloaded with hundreds of games right out of the box, so if you’re not the type that cares about customizing and building rom libraries, you can charge it up and start playing right away.

The emulation experts would encourage you to load a custom firmware on it though, and it’s easy to see why. The stock operating system is a bit clunky and hard to navigate, and the game library is a total mess. There are lots of duplicate titles and mislabeled games, as well as irregular naming conventions that make it difficult to sort through the libraries. On mine, Super Mario Bros. 2 was actually Super Mario Bros. 3, while Super Mario Bros. 3 was actually Super Mario Land 2 with the artwork from New Super Mario Bros. U. While it had almost 1000 games preloaded, there were some major notable omissions like Chrono Trigger, Super Metroid, and Pokemon Emerald. It’s all perfectly usable once you learn the quirks, but eventually I decided I’d be better off starting from scratch with a custom firmware. 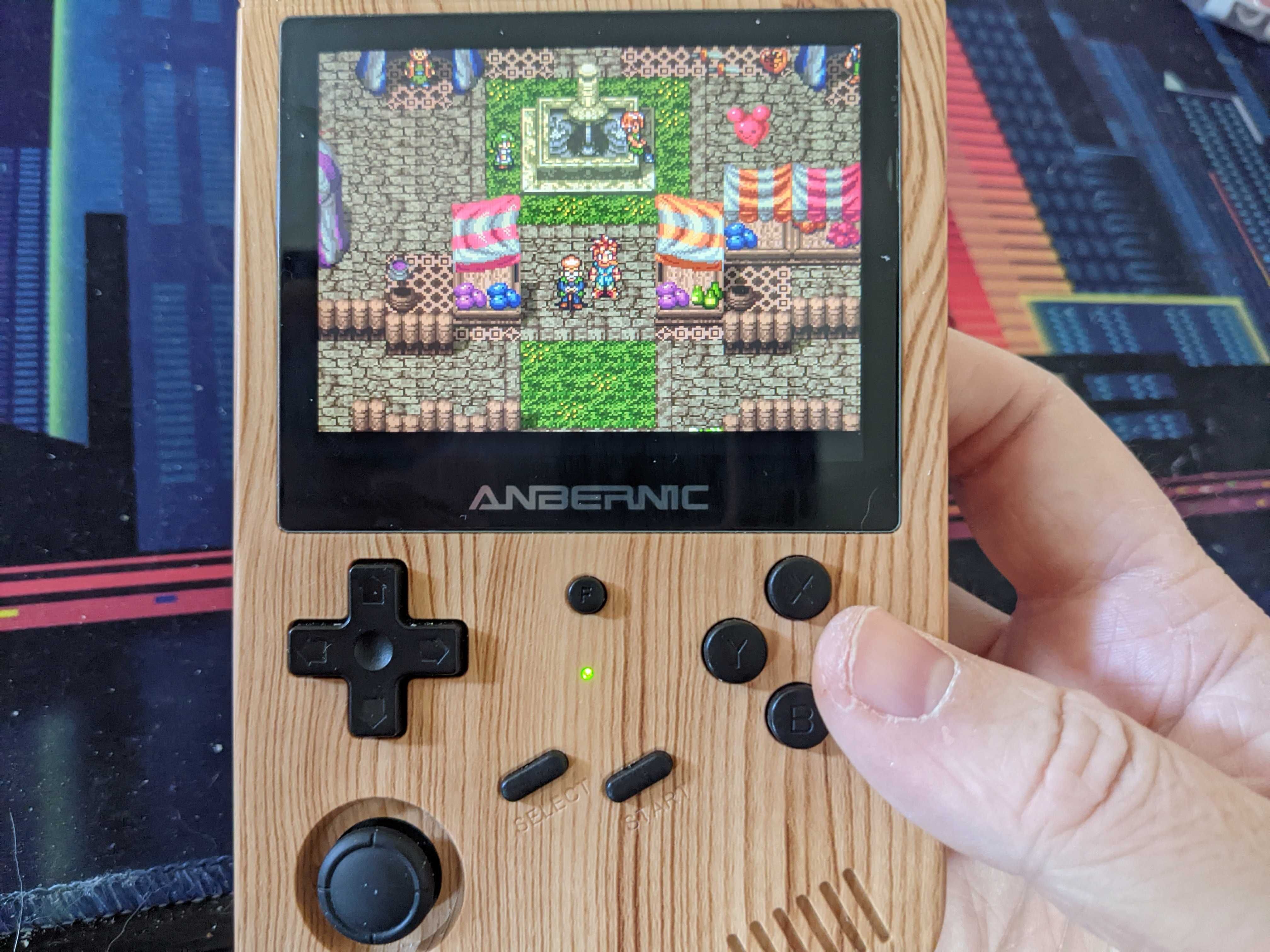 YouTube tutorials from people like the aforementioned Retro Game Corps helped me along, but it isn’t the most frictionless process. If you’re not familiar with a lot of software jargon it can sometimes feel like you have to learn a new language to load games on the thing. It took me most of a Wednesday night, but I was eventually able to flash a new firmware called ArkOS on the handheld and load it will the top 100 games from NES, SNES, Game Boy, GBC, GBA, PSX, N64, and a bunch of Sega and more niche retro consoles. The trickiest and most interesting part of the process was something called ‘Scraping’, which applied the artwork for all of the games to the console’s menus. Now when I scroll through my libraries, I see box art for every title, and if I stop and hover over a game for a second it will start playing a video of gameplay like an old-school arcade attract screen. I can also turn on a screensaver that shows short gameplay clips from random games, and press start at any time to instantly start playing whatever game is on screen. I’m having more fun exploring the library than I am playing games.

Of course, finding the actual game files can be tricky, and it's obviously something I can’t help you out with. I can only recommend you use your best judgement and avoid sites that look sketchy – because they probably are. Reddit communities like r/Roms are your best bet, but don’t tell them (or Nintendo) that I sent you. 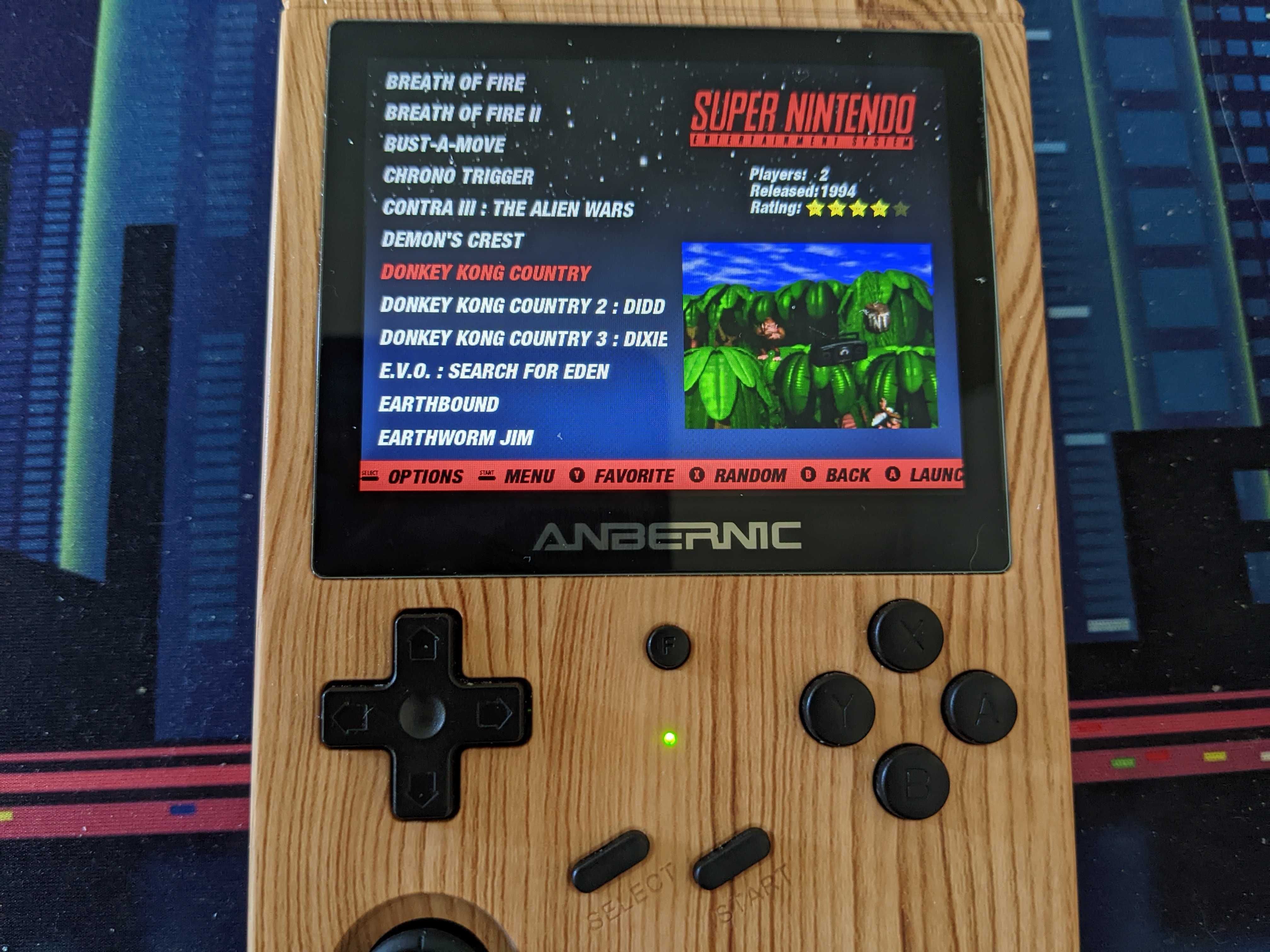 Emulation still isn’t the most user-friendly experience, and I had to work through a few headaches along the way, but the end result is absolutely worth the effort. For $100 (plus the cost of a decent microSD card) I have 20 years of gaming history in the palm of my hands. Any game I think of, I can be playing within seconds. It’s an incredible piece of hardware and I already know it's going to get a ton of use over the holidays. I’m having a blast revisiting some of my favorites like Mega Man Battle Network, Wario Land, and Pokemon Pinball, but I’m even more excited to discover games I’ve never played, including custom roms and fanhacks of Pokemon games. Between the Anbernic, the Switch, and the Steam Deck, I’ll soon have the past, present, and future of gaming stuffed in my pocket – and then I’ll be unstoppable.