The recent 1.5 update for Hunt: Showdown filled me with anxiety: what if this new update, which has changed so much, finally broke the finely hewn balance of the game? It added an entirely new ammunition system: a matrix of unlockable damage effects and bullet parameters that offer entirely new rules of engagement. In any game that might have been a risky balancing act, and here — in a project that has spent years fine-tuning its gun game — it could have potentially been fatal. Hell, I’ve been there before when other games were updated beyond recognition – the magic is suddenly gone.

Fortunately, the Jenga-collapse moment has not yet arrived, despite predictable gnashing and wailing on each successive wave of tweaks and realignments. Now, as Crytek updates its game with a new boss, and, later this year, another immense map, it appears that the premium shooter is only becoming more true to itself: a brutal, unforgiving PvE/PvP blend that makes things interesting through sheer weight of moving parts. In fact, I’d go as far as to say that Hunt: Showdown is more like Hunt: Showdown now than it was when it started out. Does that make sense? Of course it does. Let me explain.

Hunt was an inspired game when it first appeared, riding on a wave of battle royale excitement that it stood apart from: a 12-player concept of tracking down monstrous bosses, killing them, and extracting the bounty before getting murdered by other players. But while the ideas were good, it took some time to really finesse the game into the precocious beast we’re playing today: there was so much to consider in a game with such complicated core mechanics and such a broad environment for possible interactions.

The maps were sprawling and filled with oddities, there were exploits to squash, UX scaffolding to (not always successfully) apply, and the usual FPS teething issues to get through. Most importantly though, it had to make all those moving parts interlock: fighting mobs, fighting players, levelling up, numerous different weapon mechanics, stamina, damage effects, audio-cues, dozens of gameplay-altering traits. To really do what it set out to do Hunt had to not only be complex, but drill down into that complexity and enhance it in ongoing updates. That’s why 1.5 worked so well: the idea behind the game is that more is more, but that it must be applied precisely. I don’t want to evoke the “German engineering” cliché here, but…

As of now, Crytek has iterated on that idea to an extent that this is a game the rest of the industry should be looking toward for inspiration. Not just because it mostly (but not entirely) sidesteps the battle royale template that currently dominates the genre, but because it shows just how an ambitious, disobliging game can work in 2021: by deliberately delivering complexity, and by designing with an awareness of current trends and innovations without being dictated to by them.

That comes with some issues, of course. The core game of Hunt is one that often doesn’t survive pitching it to players (or friends, or readers). The 19th-century weapons, the hardcore PvP proposition. It’s not terrifying just because of the grimdarkness of its cowboy monster-hunter bayou, where the occult has run rampant and demon-bosses must be slain, but because as soon as you start playing, you are being hunted. 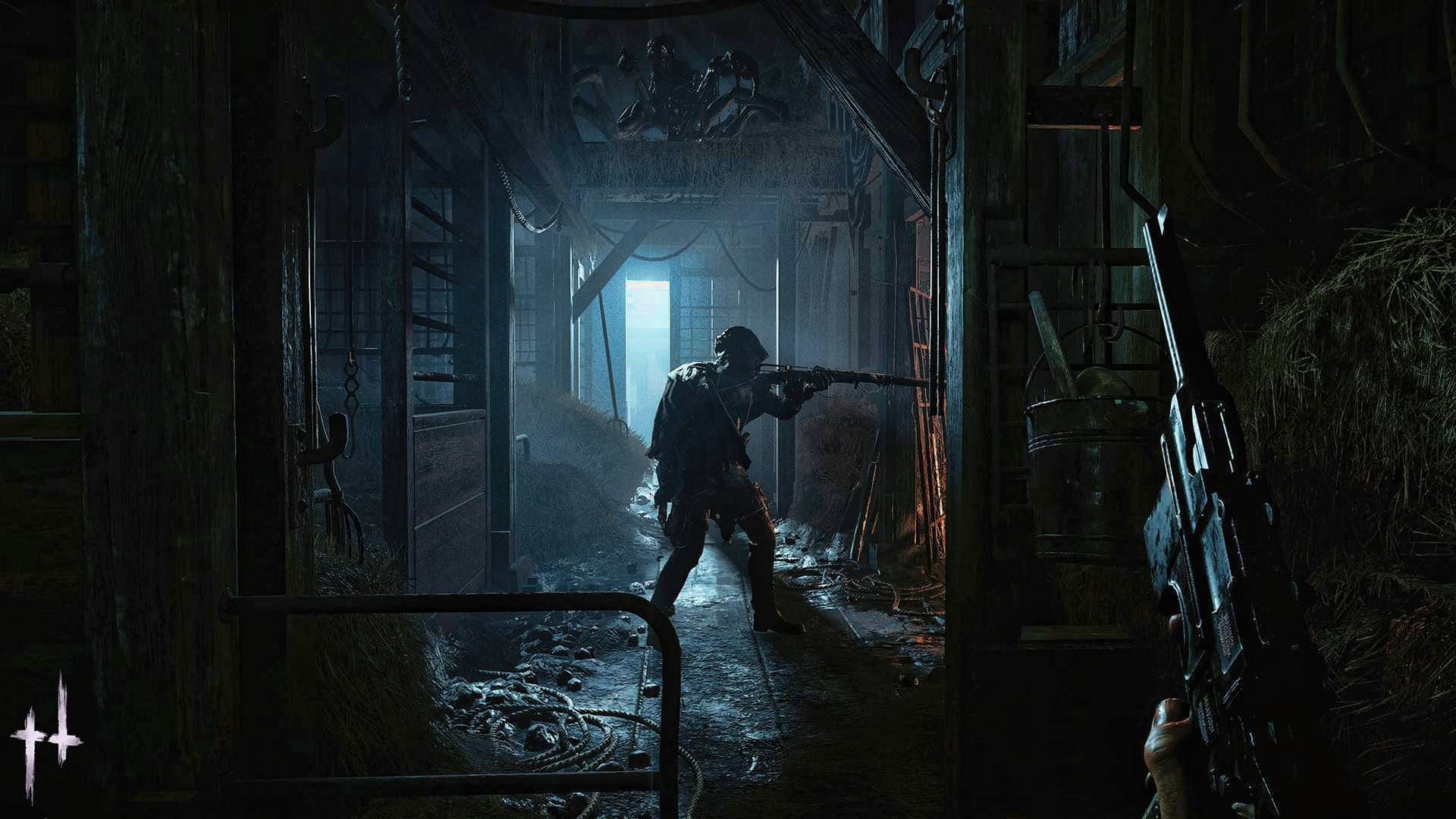 The huge maps take some learning. The game employs a “clue” mechanic: basically a series of waypoints that allow you to triangulate which of the many richly designed compounds the boss is actually squirrelled away in. It’s in exploring these, and going for the boss, that you will run into other players. Often they’ll have laid traps. Ambushes are frequent. The combat is brutal, and a headshot with any weapon means death. If you’re on your own there’s no revive. Going in with a partner is advisable.

The trick to all this is that Hunt is a stealth game until it isn’t (and even then it might require more stealth). A gunshot can be heard over the entire map, and players rapidly come to know the specific reports of different weapons and the distances they’re being fired at. The pattern of shots can even give away whether it’s a fight against players, or against zombies, or if it’s not “real” shots at all, but a distracting decoy designed to divert your attention.

Even more significant are the in-world audio traps that litter the landscape, ready to give away your position: flocks of birds ready to fly squawking into the sky, broken glass to crunch and clink as you enter a building, hanging chains that clatter as your enemy moves – or was it just a zombie? 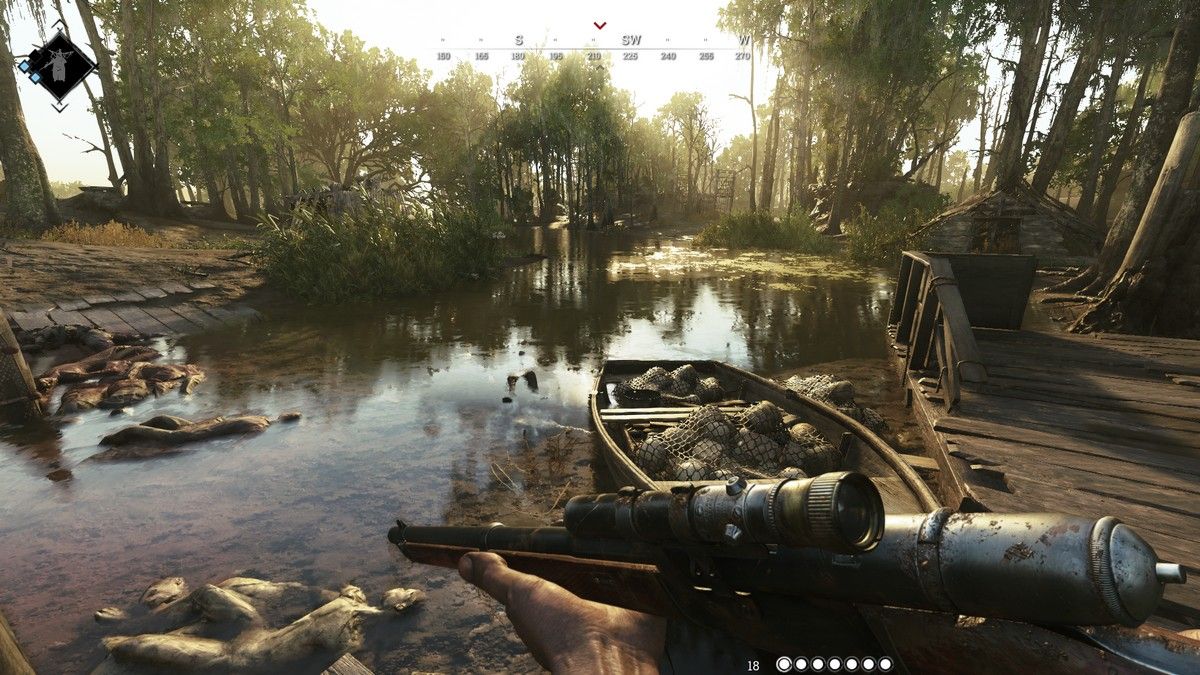 Sneak, sneak, quietly murder PvE enemies, and then when contact happens it all kicks off and things go loud. The crash and boom of Hunt’s weapons is ridiculous, and provides the game with an intensity that I’ve seldom found in other shooters.

And, yes, this meticulously constructed audio environment is often the first thing Hunt enthusiasts will talk about when they explain their experience. It’s tricky to really get across how important this is, though. It reads like hyperbole. For a wider frame of reference, perhaps think of it like this: you know how vital listening for footsteps in Warzone is? Take that and double it. I once got a kill by hearing someone breathe on the other side of a wall.

Not that Hunt is without its problems, however. The recent 1.5 update somehow made an already tricky-to-read front-end UI even worse, and it remains clunky and slow to parse. Worse, the new player experience is, despite a bunch of offline training modes, extremely challenging. It’s hard to recommend to anyone without either holding their hand or sending them off to watch a few hours of the better streamers explaining what they are doing. Even then, watching fresh players hit the wall of instant death at the hands of veterans can be excruciating.

Connected to this, I think, is the peculiar opacity of the matchmaking system. Such systems are always up for controversy and speculation, but it does feel like Hunt’s fixes over time have eroded skill-based matchmaking in principle and ended up favouring full servers over balanced games. This is understandable, because who wants to play a PvP game with no enemies to shoot? But I fear it is also self-selecting for elitism: it’s easy for newcomers to leave the protected creche of the starter levels and get jackhammered in open matchmaking. A disheartening experience that has made many people I’ve played with bounce straight back out.

Advancement remains a bit flaccid, too. The prestige system leaves me completely cold. I don’t ever feel like a shiny weapon skin is worth giving up the gear I unlocked.And yet the curve is worth it, because there aren’t many games quite like this. You might give a nod to Tarkov, but I’d argue Hunt plays a similar strategy to much greater effect. And it’s a classic of long-term reward, where learning the guns and learning the maps pays off in that neat glow of mastery when you know you played better than your opponent. That’s how PvP games hook you, and I’ve seldom encountered a sharper hook than this one.

Given all this, it’s no real surprise that Hunt’s server populations remain comparatively low, a fraction of some of its more famous rivals. The real surprise is that it has grown so steadily across the past three years, with Crytek’s events and updates raising the overall population a little more each time. A steady hand has been applied month by month and the plan seems to be working.

Perhaps the real trick of running a multiplayer game in these attention-hungry times is not just executing on your brilliant ideas, but massaging the live game in such a way that the community survives the rigours of launch, and then thrives in the dangerous world of post-release. That Hunt: Showdown has done this, with the initially miniscule playerbase continuing to deliver in spite of a hefty buy-in and steep learning curve, is a testament to the careful, considered way in which Crytek has built upon that original idea. With such a strong start to 2021, I can’t see the studio faltering now.

The Dolch is still OP though. Makes me sick.

Next: Crytek Paid Over €120k For Six Months Of Denuvo DRM For Crysis Remastered 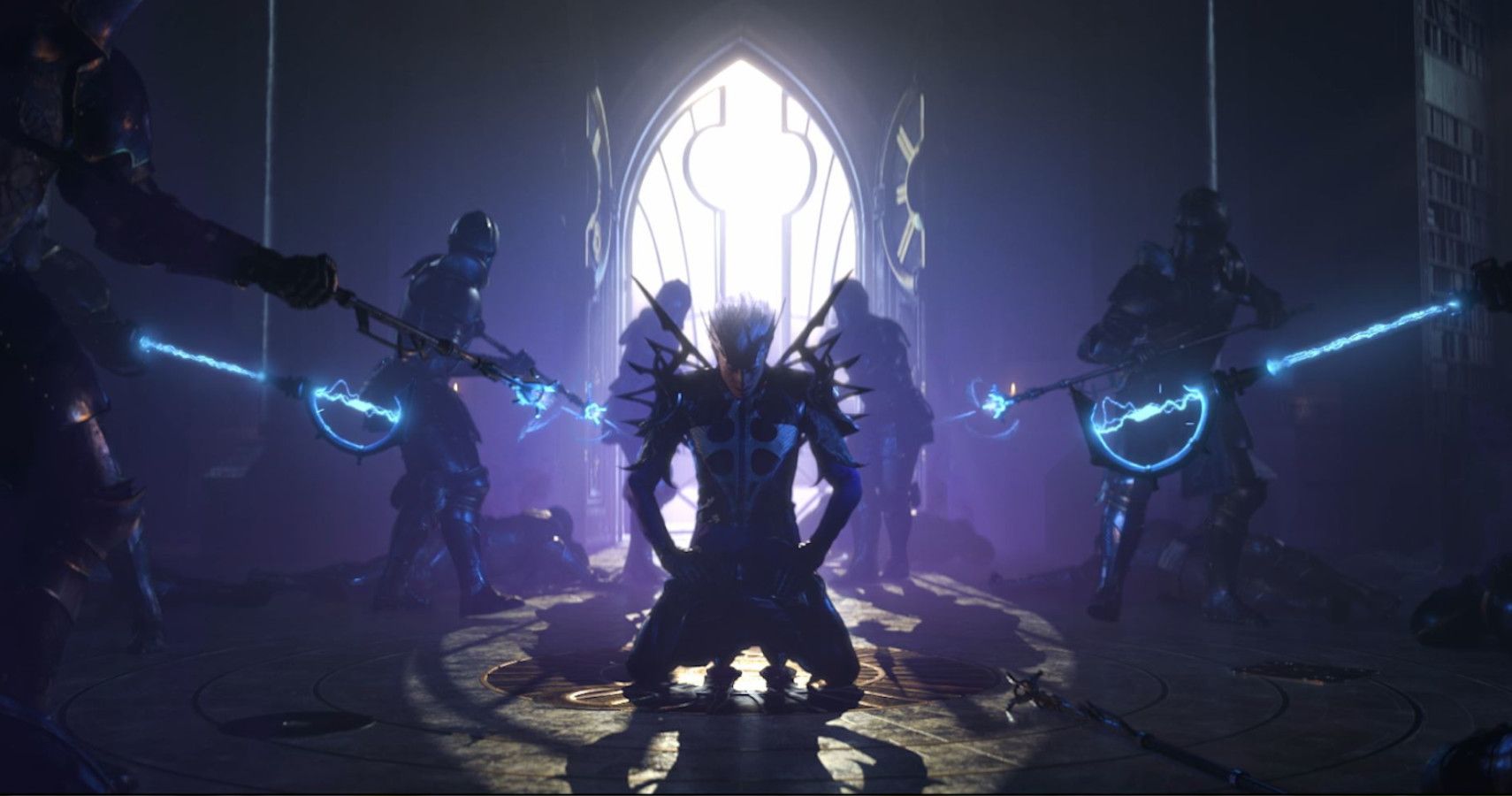