One of the core value propositions for Stadia is the ability to stream games to practically any device. Mobile phones, tablets, televisions with a Chromecast, and desktops and laptops via the Chrome browser can all play games on Stadia instantly, with no downloads, in HD. Stadia appeals to those of us with outdated older computers that wouldn’t otherwise be able to run next-gen games. If you can’t get your hands on an RTX graphics card (because who can) and you’re machine can’t run Cyberpunk 2077, don’t worry — Stadia’s got your back.

This is a matter of fact. Stadia will allow players with systems well below the required specs to play the latest and greatest games as long as they’re available on Stadia. That’s not to say your hardware doesn’t matter at all, though. In fact, your graphics card actually plays a somewhat significant role in the quality and performance of Stadia streaming. Depending on your ISP, your graphics card can make or break your Stadia experience.

I’ve been playing a lot of Stadia recently. Between Assassin’s Creed Valhalla, Watch Dogs: Legion, and Immortals Fenyx Rising, I’ve been in open-world heaven. I like to move around my house throughout the day just for a change of scenery, so it’s common for me to play Immortals on my PC, TV, and phone at different points throughout the day. I’ve noticed that the streaming experience between my different devices varies quite a bit. 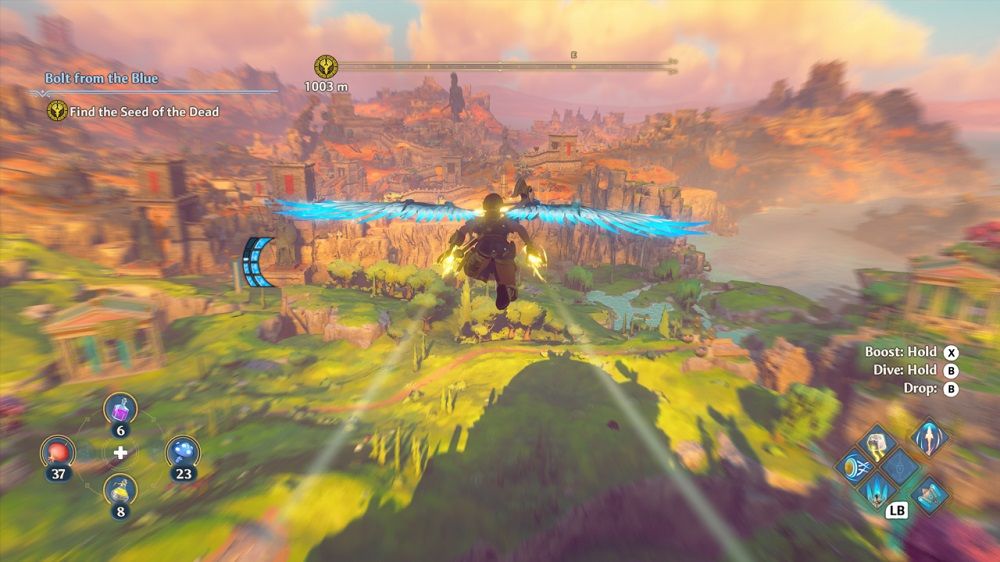 When I play Immortals on my Pixel 4 over wifi, the performance is impeccable. I can even do a picture-in-picture with a Youtube video while I play and it’s absolutely flawless. When I play on my PC, which is hard-lined into my router, it’s a totally different story. The frame rate is so bad it gives me a headache after an hour or so and there are stutters and other less frequent issues. I know that Stadia works perfectly over my wifi, so how is it that that barely works at all on my wired PC? I took my question to Reddit and got an answer immediately.

Half a dozen Redditors immediately responded that this is an issue with the default Stadia streaming codec, otherwise known as VP9. It seems that my graphics card doesn’t support this codec and is instead trying to decode VP9 on a software level, which is causing all of the issues. Luckily, the solution to this problem is fairly straightforward.

You can check if your video card supports VP9 by navigating to chrome://gpu in a Chrome browser. As it turns, my video card, gtx 1060 6gb, does support VP9. For whatever reason — possibly an incompatible Chrome extension — Stadia wasn’t using the VP9 codec when I played Immortals. Using an extension called Stadia+ I was able to start Immortals, press Tab+Shift, click on the Stadia+ settings, and force Stadia to use the VP9 codec. Problem solved, no more bad frame rates. This begs the question though, what if you’re graphics card doesn’t support VP9?

The Stadia Help page on Google’s Support website has a breakdown of the hardware requirements for Stadia streaming. This is the only place I found the VP9 codec mentioned in everything official I’ve read about Stadia. 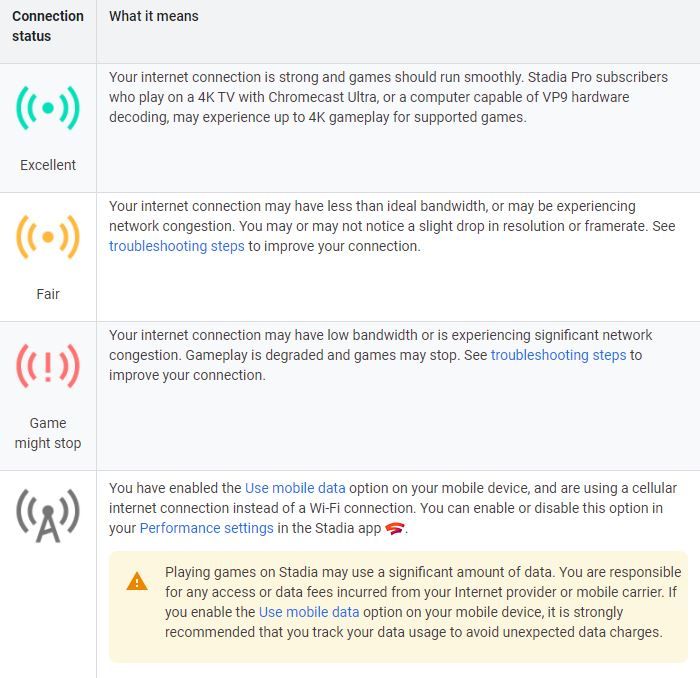 If you intend to play in 4K on PC, you need a 4K display and a “computer capable of VP9 hardware decoding. In other words, you need a good graphics card to get the most out of Stadia. While it’s true that some older cards support VP9 codec and some newer cards do not, generally speaking, you need at least a halfway decent GPU to play 4K Stadia.

That’s a requirement for 4K, but VP9 can affect 1080p streaming too. If you’re not using VP9, you’re using a codec called H.264. VP9 is superior to H.264 because it maintains a constant quality while H.264 maintains a constant bit rate. When you are less active in a game (standing still, menus, in low-detail areas like dark caves, etc.) the VP9 codec will use less bandwidth while H.264 will use a constant 26-28Mbit/s of data at 1080p60. VP9 is overall a lot more efficient than H.264.

If your ISP enforces a data cap, then the amount of bandwidth Stadia uses is probably a major concern for you. The older H.264 codec uses more bandwidth and therefore will cause you to hit your cap sooner than the VP9 codec would. It’s fair to say that using an incompatible graphics card offers an inferior experience — and perhaps a more costly one, too.

I wouldn’t recommend anyone go out to get a new video card that supports VP9 for the sake of Stadia. In the grand scheme of things, this won’t really be a deal-breaker for most people. The Stadia+ chrome extension is a fairly straightforward solution, and I’ve only seen a few people mention that H.264 actually looks worse than VP9. Nevertheless, it is a somewhat surprising fact: for Stadia, your graphics card does matter. 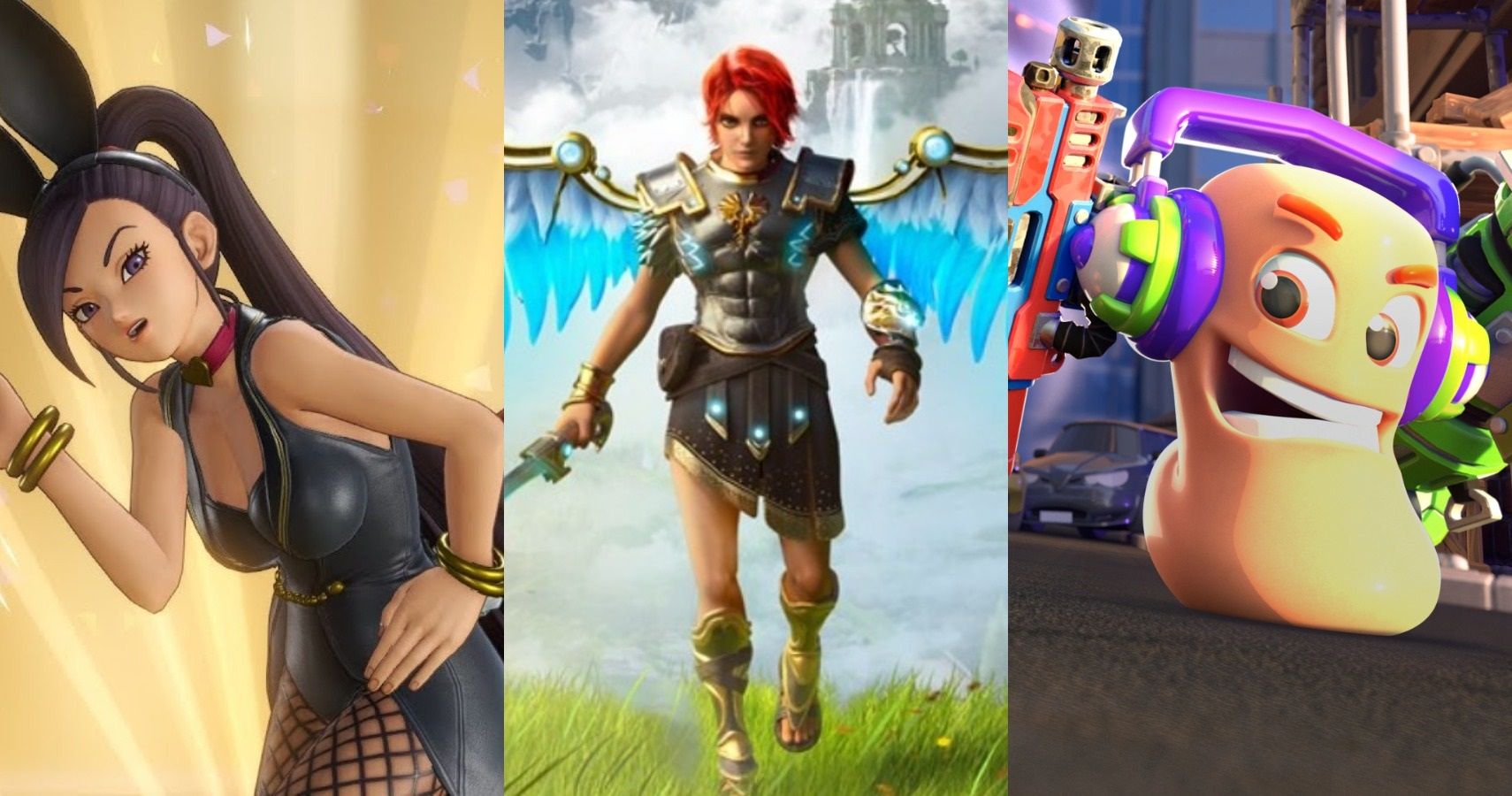