Part of the appeal of Dragon Ball Z: Kakarot, at least in comparison with other Dragon Ball games, is that it lets you explore the spaces in between major story arcs. Those everyday moments when Krillin comes up with a new form of training or Gohan helps with the grocery shopping. It gives us a glimpse of how life is in a world where people fire energy beams and transform into apes. In fact, it turns out having monkey-like features helps with the chores.

For those don’t know, Dragon Ball Z: Kakarot lets players hunt and fish. Characters like Vegeta will fish like any normal video game character – by pulling a fishing rod out of thin air. But Goku and his son Gohan will dip their monkey tails into the water, wait for a fish to bite, pluck the thing out of the pool, and kill it with a swift kick. It’s a great reference to the original Dragon Ball, which told the story of Goku’s childhood. It also raises some continuity questions. 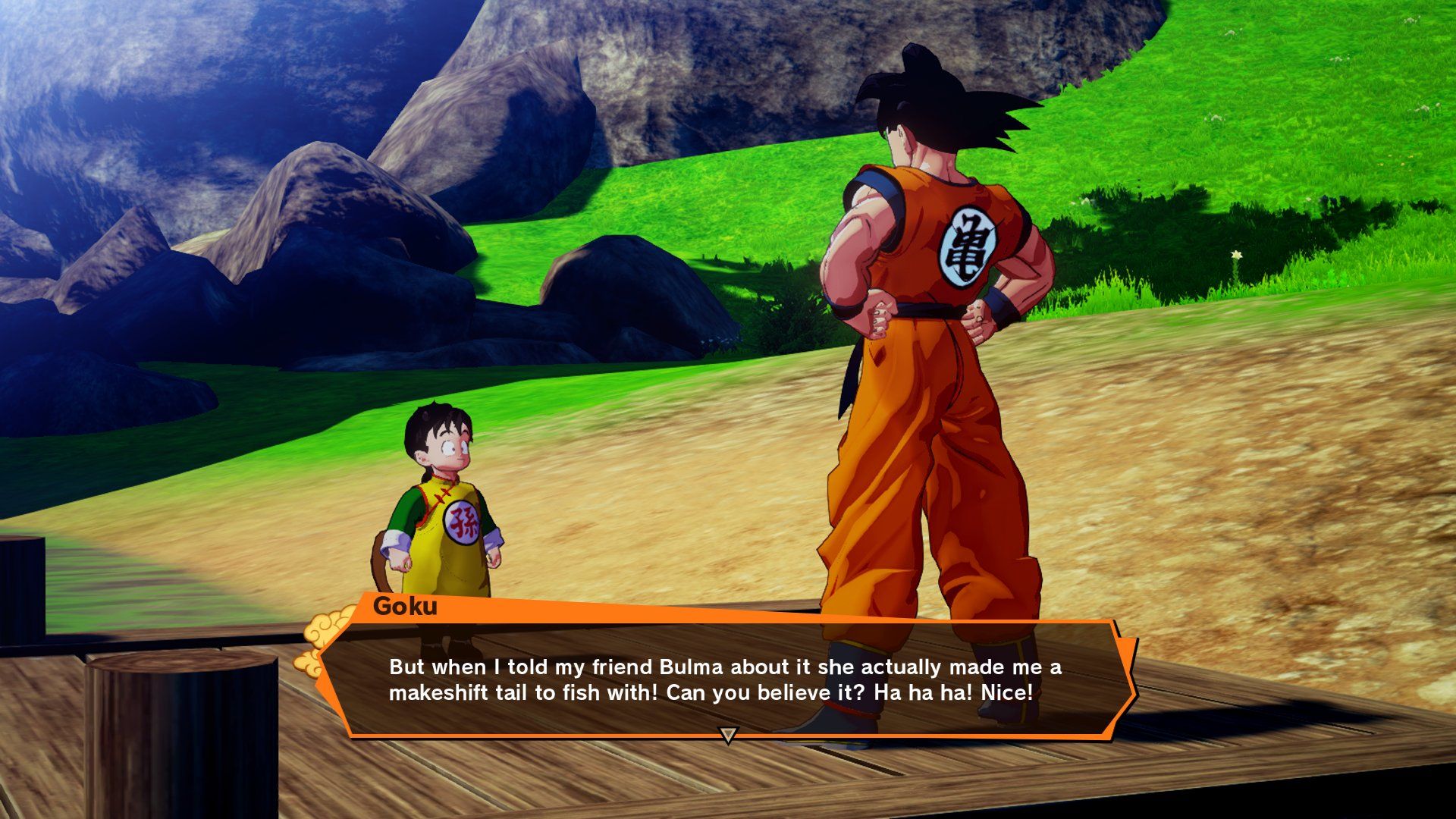 The game explains that, sometime between the events of Dragon Ball and Dragon Ball Z: Kakarot, Goku’s inventor friend Bulma made him a tail apparatus. How nice of her… and weird. You’d think Goku would have just used the opportunity to learn how to fish with a rod. But that’s Goku. He has his own way of doing things.

Regardless, the tail fishing mechanic in Dragon Ball Z: Kakarot is not a big plot hole. It’s not the most necessary retcon, either, but at least it shows the developers know their Dragon Ball.