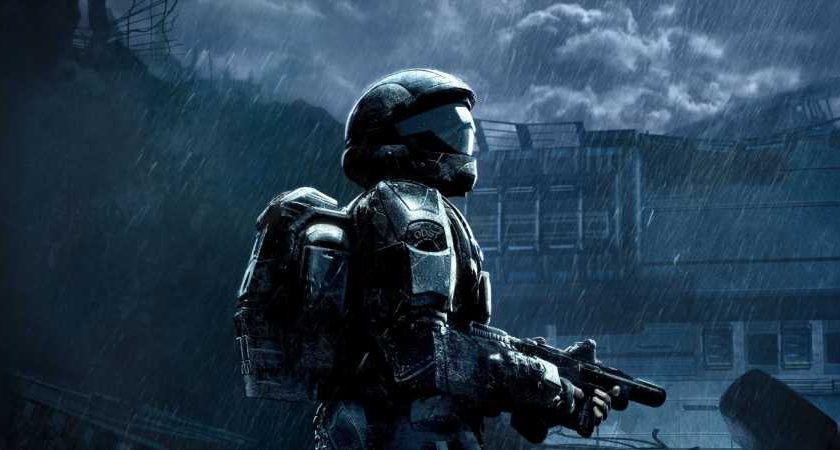 ODST probably has my favourite solo campaign of Microsoft’s shooter franchise. It doesn’t match the groundbreaking ambition of Combat Evolved or the epic circumstances of Halo 3, but it does deal in the more personal aspects of the Covenant invasion. We’re so accustomed to playing as almighty space marines saving the world that we seldom stop to consider the people on the ground, those left to pick up the pieces once the hero has saved the day and moved onto another fight to finish.

The reception to Bungie’s penultimate venture into the Halo universe might have felt understated when it first released, but this has evolved into a hardened legacy of numerous fans that look upon it as the series’ finest chapter. Its brilliance resides in its subtlety, a narrative that isn’t concerned with saving the world or killing religious alien zealots. Instead, the focus is on survival, on banding together a fractured squad and finding your way home amidst the ruins of a city shrouded in darkness.

You play as Rookie, a protagonist whose silence is determined by his inexperience amidst a crew of Orbital Shock Drop Troopers. They’re cannon fodder – infantry soldiers who jump into warthogs alongside Master Chief only to be blown off a cliff from incoming plasma cannons. Such insignificance only serves to emphasize the juxtaposition between you and the series’ established heroes. Your armour is less powerful, your shields are more susceptible to damage, and taking on a horde of brutes in combat will result in a very untimely demise. 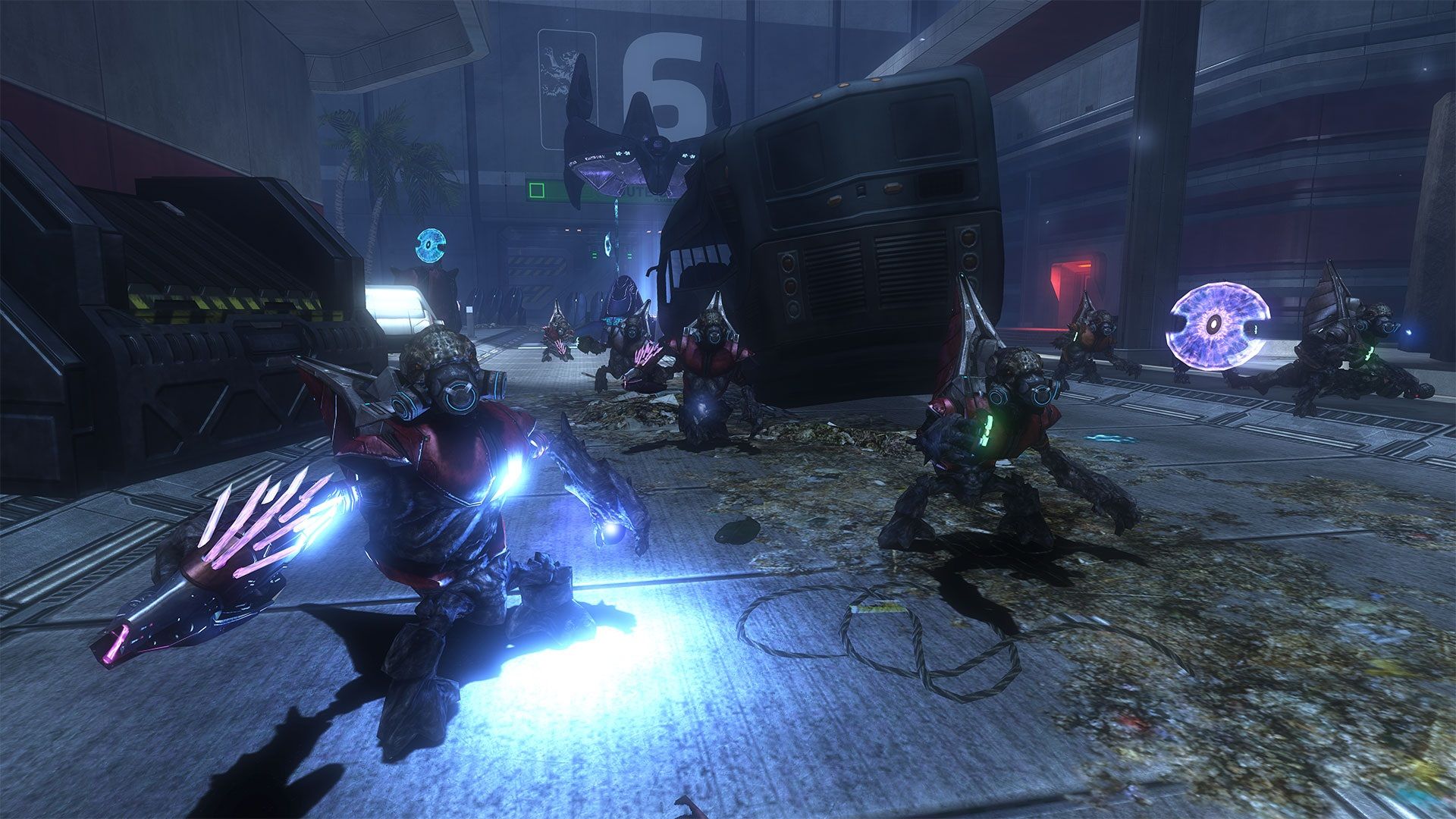 The dynamic of the franchise changed with ODST, turning you into a vulnerable survivor instead of a venerable warrior. Master Chief probably doesn’t even know you exist, and the UNSC has left New Mombasa behind, a city you’re forced to explore as it devolves into a husk for alien trespassers to loot and pilfer. All of this chaos begins as the Covenant jumps into slipspace as you drop into the city, with Master Chief and the Pillar of Autumn following quickly after them. It’s a pivotal event from Halo 2 viewed from a new perspective, with the jump through space wiping out the city’s power and leaving its inhabitants to panic in desperation – those that are still breathing, anyway.

Rookie emerges from his drop pod dazed and confused, with little but a half-loaded rifle to his name. The unlit streets express a sense of melancholic dread that is hard to overcome at first, each new enemy you come across proving to be a worthwhile adversary to conquer. As I mentioned before, our protagonist doesn’t speak, so it’s up to you to piece together events with your own curious observations. There’s also an objective marker, so boring people can follow that if they fancy.

It’s easy to get confused as you explore New Mombasa, with some objects required to activate flashback missions proving a nuisance to spot in the darker environments. But I feel this confusion is deliberate, as we’re exploring this city for the first time alongside Rookie. A new location like this is daunting enough when the world isn’t ending, so I can’t imagine the alien invasion is helping much. The pervasive loneliness sinks in and refuses to subside. Our friends could be dead, and all signs point towards that being the case, but there’s still hope, so we move forward and wish for the best. 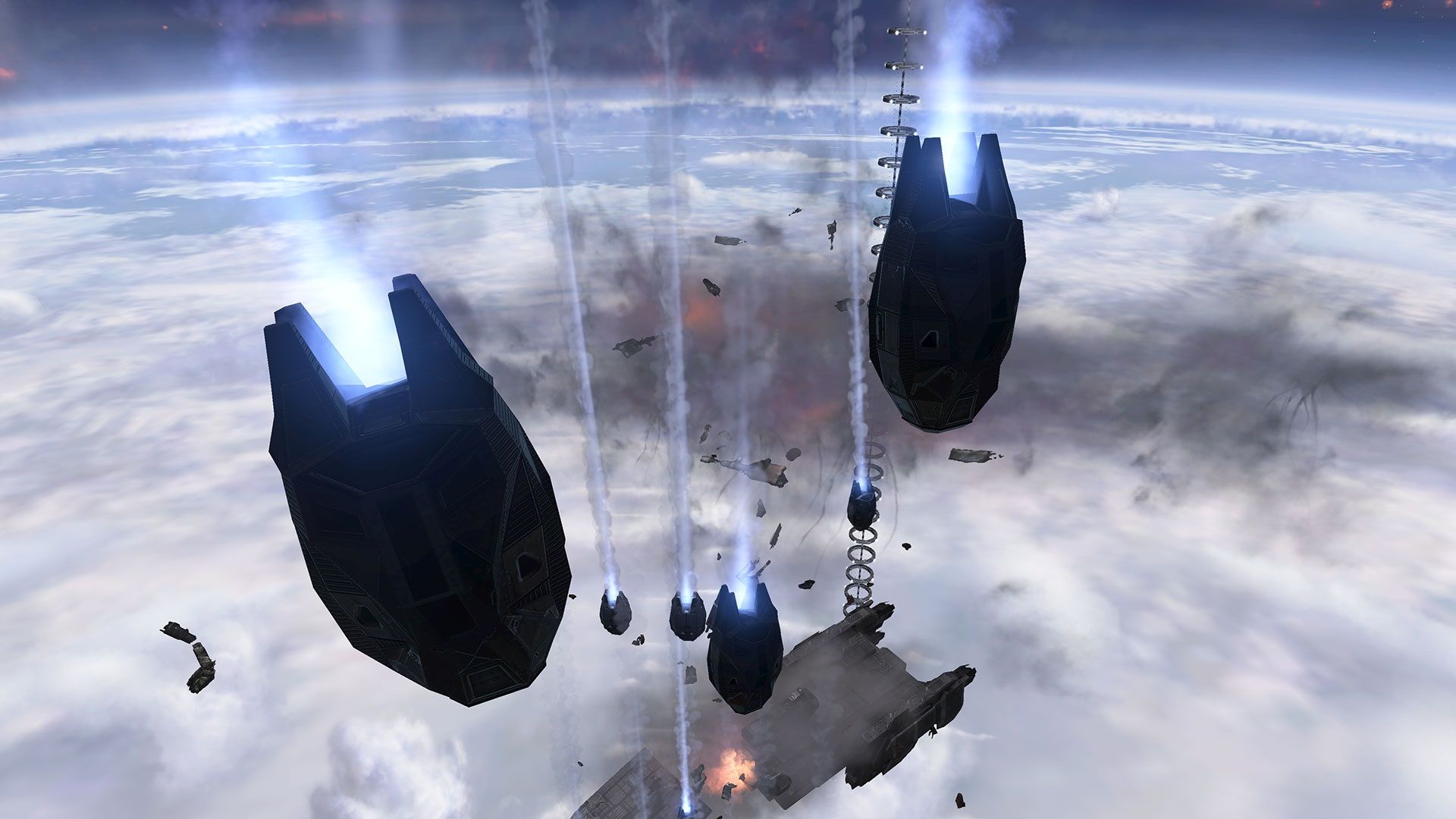 I still remember the subtle soundtrack that permeates much of the game’s exploration. It’s strikingly beautiful, perfectly expressing the circumstances behind our ragtag team of soldiers trying to figure out exactly what the hell is happening. The intimate piano notes descend into a wave of deeper, more serious tones that make it clear the danger is yet to subside. But for now, as we walk the rainy, blood-drenched streets of New Mombasa, there is some peace to be found before the conflict begins anew.

As Rookie begins to reunite with his comrades, light begins to splinter through the sky as a new day is born. We’ve survived the night, so it’s time to mount an escape and live to fight for many more to come. The campaign drops in quality somewhat towards its conclusion, with the finest moments encapsulated within the early hours. Uncovering the secrets of New Mombasa on your lonesome, with audio logs and documents providing a glimpse into the people who lived through the invasion, and had to survive just like you have.

The mainline games don’t jump into stories like this again. The only way to experience them is if you’re willing to read an avalanche of novels. Reach was similarly depressing and personal, focusing on a small group of Spartans whose fates were sealed before the campaign even begins. However, they’re supersoldiers just like Master Chief, so the stakes just don’t feel the same. The characters are weaker too, none possessing the charm of Nathan Fillion or Alan Tudyk. ODST simply has more to say when it comes to a small group of friends overcoming adversity, and it’s a shame Halo isn’t poised to try something like this again in the years to come.

I’m hopeful that Halo Infinite, with its somewhat open-world structure, will make room for more personal quests and character development, but it’s far more likely that 343 Industries is focusing on a grandiose threat to be overcome throughout the campaign. ODST felt like lightning in a bottle, a distillation of profound atmospheric qualities that hasn’t been replicated since. For a blockbuster franchise, it’s rare for one to feel so drenched in subtlety. It’s elusive, gorgeous, and one of a kind – and today’s shooters could learn so much from it.

Next: Gaming Wouldn’t Be The Same Without Mods