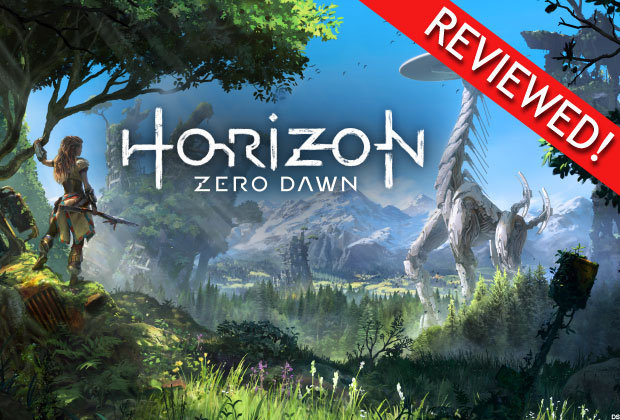 Horizon: Zero Dawn is breathtaking, thrilling and without question, the strongest original first party exclusive the PS4 era has yielded to date.

Sure, we were also treated to the arguably flawless Bloodborne, but FromSoftware’s hard-as-nails action RPG wasn’t all that far removed from the developers past Dark Soul’s exploits.

And following a successful history of bleak and brooding first-person shooter releases with the Killzone series, Guerrilla Games have done a complete 180.

Horizon is a vibrant and gorgeous post-apocalyptic adventure that’s not only completely unexpected from what we’ve seen from the Guerilla team in the past, but also post-apocalyptic games in general. 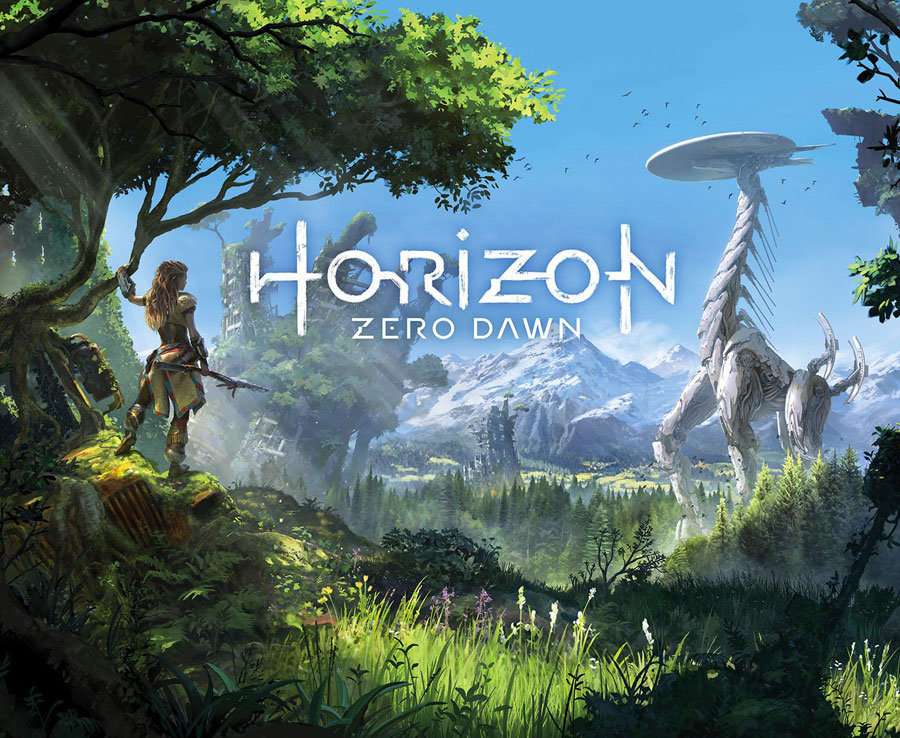 So frequently the end of the world in videogames results in the same tired landscape; a bleak and desolate wasteland that’s either one big dusty expanses or brimming with absolutely nothing but the odd rusty car chassis.

But with Horizon, we finally get to see what happens to the world long after it’s gone to pot and when nature has taken hold.

Picture New York from I Am Legend and add on an extra 1,000 years and you’re somewhere there.

However, this also wouldn’t be Guerilla Games without a huge dollop of science-fiction. and in the case of

In the case of Horizon we get 26 uniquely different robotic creatures modelled on animal species which now roam the wilderness of the game.

Combine all this together and you get one of the most exciting releases of 2017 and what we hope will be Sony’s next great franchise.

The story is relatively simple as players assume the role of Aloy, a young hunter setting out to discover the secret of her past and humanity itself. taking place in a world dominated by machines which roam the earth while Humanity struggles to survive in isolated tribes dotted all over.

All of this is against a backdrop of a world dominated by machines which roam the earth while Humanity struggles to survive in isolated tribes dotted all over.

In principal Horizon is a combination of some of the very best games of the last 4 years.

It’s a crazy mix between the likes of Tomb Raider, Far Cry and Uncharted, which should also go some way to explaining what sort of game this is as well.

An amazing adventure with a strong female lead, set in a huge and varied open-world with some absolutely jaw-dropping set pieces.

There’s also some RPG elements in there, but as we’ll explain, they can feel a little watered down.

These RPG elements so often keep the players busy and with a never-ending need to forage for supplies, craft on the fly from one local to the next

But for all the RPG elements, combat is king in Horizon and clearly where Guerrilla seems most strong.

The team have done a great job of marrying their first-person shooter pedigree with a suite of ingenious tools at Aloy’s disposal, which all become individually important in certain circumstances and when taking down the machines you’re so frequently hunting.

From her trusty bow and arrow, fitted with a variety of different arrows heads that would make DC’s Oliver Queen jealous to the brilliant ropecaster that can be used to tie down prey.

Everything has a purpose in Aloy’s box of tricks and it never feels like you’re being overwhelmed with weapons just for the sake of it.

Yet as remarkable as Horizon may be, it’s certainly not without a small handful of flaws.

While Guerilla has strived to pack the world with as many interesting optional side quests and additional errands to run, all serving to help expand the world and the games RPG elements, a lot of it can grow tiresome and lacking any real purpose.

At times, the endless raiding of Bandit camps and gathering collectables can often feel closer to that of what many have come to expect as the sort of open-world filler employed by Ubisoft (see Far Cry Primal).

Compare this to say Aloy’s legitimately intriguing main story and the prospect of taking down menacing T-Rex-esk Thunderjaws and it’s no contest what’s more enjoyable.

Equally, while the creators may have on many occasions pinpointed The Witcher 3 as a source of inspiration, Horizon’s supporting characters are not nearly as strong as those brought to life by CD Projekt Red.

Some characters are all but forgettable whereas most passing conversations in The Witcher can often lead players astray from the main mission for hours on end.

In truth, though, the majority of these issues with Horizon are more niggles than sweeping problems and they’re unlikely to detract from what is a largely monumental release worth sinking hours into.

Previously we’d have said that Uncharted 4: A Thief’s End was unequivocally the greatest game you’d ever see on the PS4. But now, thanks to the extra processing power of PS4 Pro, Horizon Zero Dawn probably edges it. Hell, it even has a fantastic photo mode thrown in just for good measure that can make those breathtaking vistas look all the more impressive.

The few imperfections – largely niggles as Guerrilla strived to marry the very strong action-adventure elements with the games RPG sensibilities – are not enough to detract from an otherwise perfect new IP.

This is an incredibly polished effort that demands players attention and a round of applause directed towards a team working well outside their comfort zone.

And with the promise of a sequel – thanks to an awesome post-credits sequence – we for one can’t wait to see what Guerrilla has planned next.