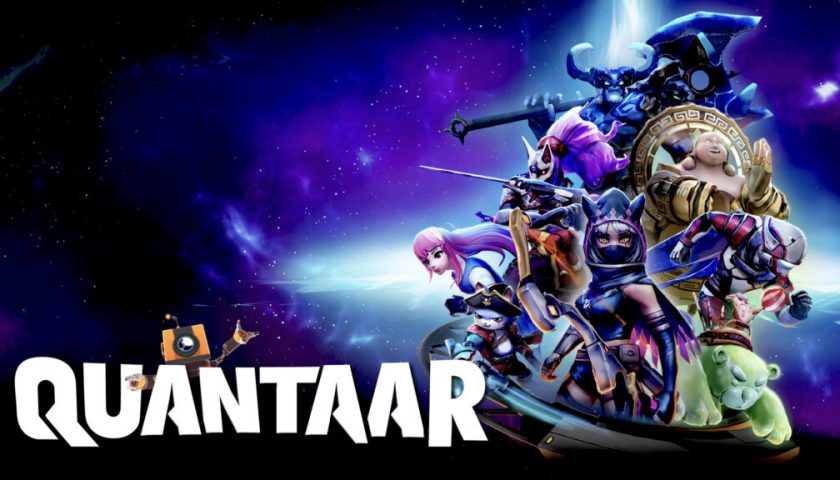 Steam is well known for its regular festival events where gamers can demo some of the hottest titles coming to the platform from both indie and large studios. Occasionally, some developers like to hold their own mini-demo events and that’s exactly what Pumpkin VR is doing for its upcoming virtual reality (VR) title Quantaar.

Quantaar is a hero brawler that supports single-player, online multiplayer and co-op gameplay, with Brawl, 2v2 and a 4-player party mode. Inspired by videogames like Super Smash Bros. and League of Legends, the Quantaar demo will offer up two maps (PK Arena and Dragon Valley), four heroes (Gumi and Cookie, Quasar, Captain Fury and Flèche) each with their own particular fighting skills alongside brawl, 2v2, a practice area and a private room mode. The final version will bump the character roster up to 12.

Developed over the past couple of years, Pumpkin VR has created a system where players can engage in battles from two points of view, as an observer looking over the battlefield partnering up with the hero to knock opponents off the arena or bombing them into the air.

Once you’ve found heroes you like Pumpkin VR says Quantaar will feature a: “deep progression and rune system and cosmetic upgrades,” to customise and enhance your characters. Additionally, because this is really a competitive social experience everyone will have their own avatars to customise.

From what’s been shown so far, Quantaar is gearing up to be a hugely fast and frantic multiplay brawler, check out the gameplay video below to see it in action.