Developer PlatinumGames recently announced that it’s launching a kickstarter campaign for a remaster of the studio’s 2013 Wii U title, The Wonderful 101. Saying that the kickstarter is off to a great start would be an understatement, and the game is clearly happening. On that note, there are several reasons why an updated version of The Wonderful 101 has a great chance to work so much better than the original on the Wii U.

PlatinumGames launched The Wonderful 101: Remastered kickstarter campaign with an initial goal of $49,555. Today, the campaign sits at nearly twenty-seven times it’s goal, with an incredible amount of $1,350,000 from over 20,000 contributors, and by the time this is published it’ll probably be an even bigger number. 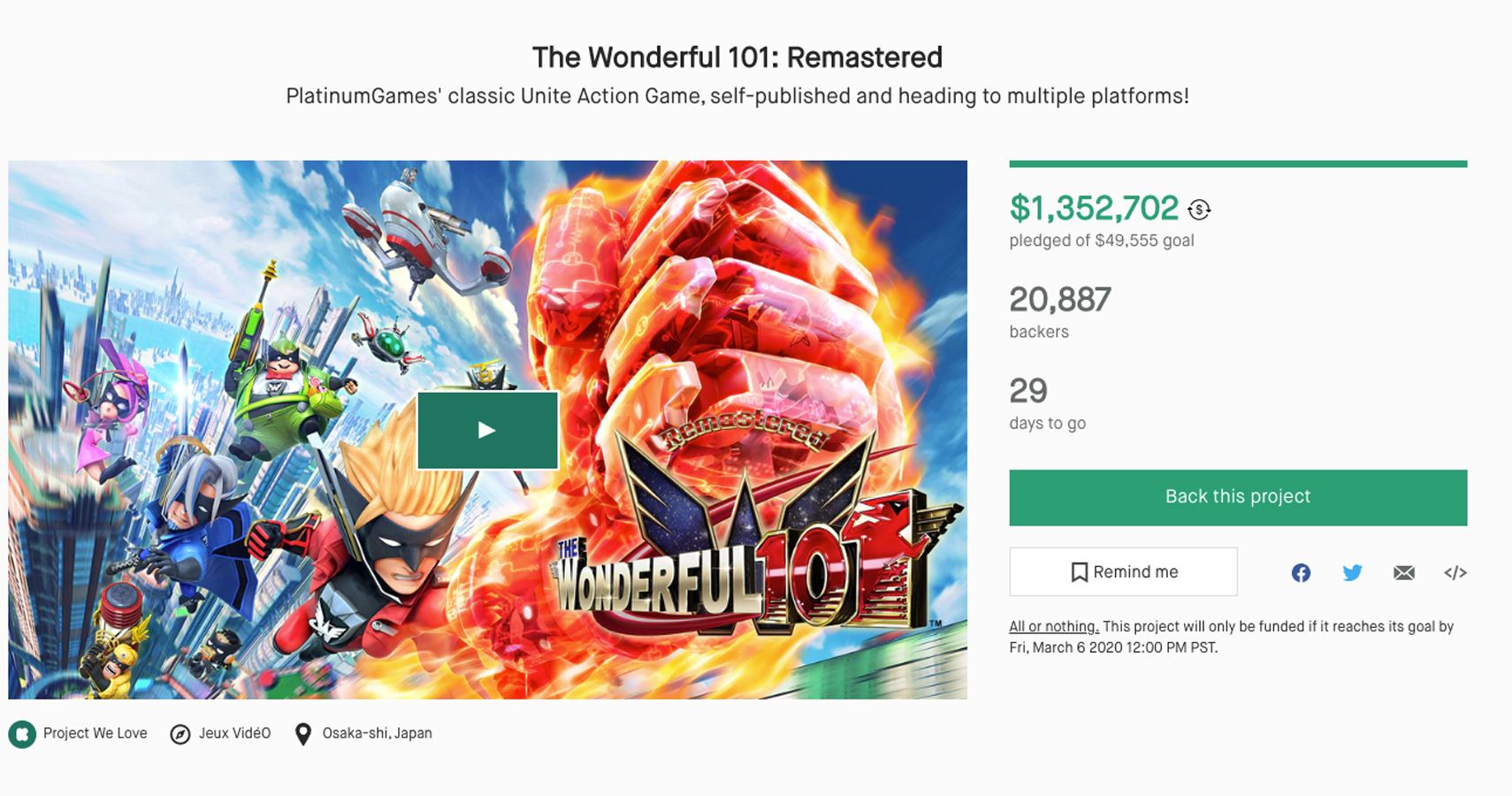 The original The Wonderful 101 experienced very limited exposure thanks to the muted success that the Wii U saw. Now, with a remastered release coming to PS4, the Nintendo Switch, and PC, the cult classic will be revitalized by exposure to a much larger audience, instantly giving it a better chance at being more successful financially.

Not only will a remastered version of The Wonderful 101 see a much larger audience than the original, but the game has an excellent chance to be better than the Wii U edition as well. The game’s original mechanics, which allow you to play as 101 heroes with the power to come together and form giant objects, could easily perform much better now given the technology of today’s day and age.

At the time of the game’s release, many criticized The Wonderful 101 for being overly ambitious, with clunky controls and gameplay that didn’t always play out the way it was designed to. Although many praised the game’s originality, it seemed a few steps away from reaching its true potential. Now that Platinum has had 7 years to sit on the title, the developer has a great opportunity to look back at what worked, and how they can improve what didn’t. 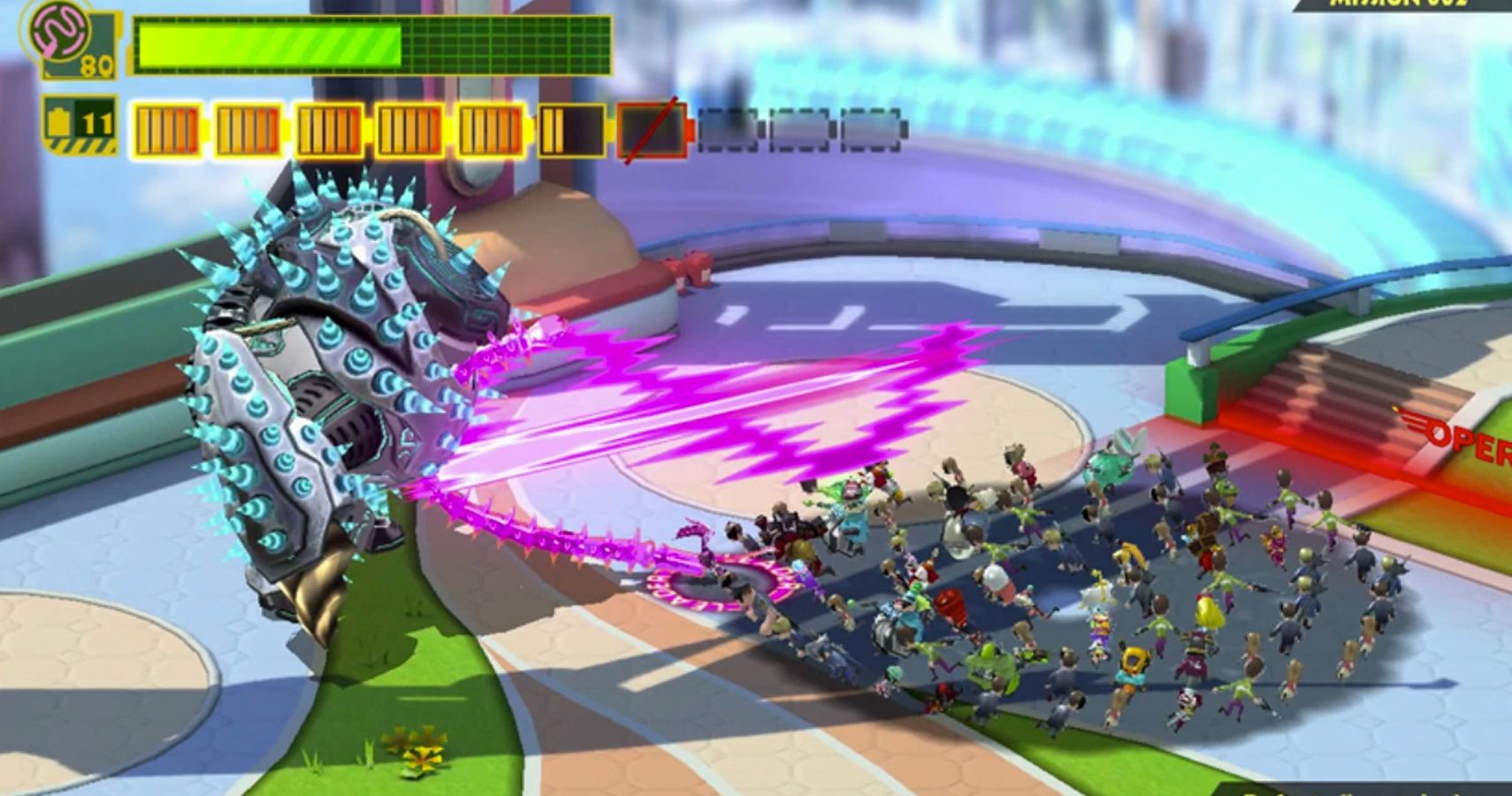 PlatinumGames director, Hideki Kamiya, stated that The Wonderful 101 had the most content of any game that the developer had made, which meant not every feature was as polished as it could have been. Kamiya hopes to go back and refine the features that didn’t work as well the first time around, and make The Wonderful 101: Remastered more approachable that the original.

We Can’t Wait, And We Won’t Really Have To

For those who are eagerly waiting to get their hands on The Wonderful 101: Remastered, you will be excited to hear that you won’t have to wait very long. The game is due out on all three platforms in April of this year.

Overall, it’s awesome that a game with a lot of promise is getting a second chance, and we can’t wait to see what kind of improvements will be made on The Wonderful 101: Remastered. PlatinumGames has an excellent opportunity to give the title new life, and while they’re at it, the company might just pave the way for more forgotten Wii U games to get a remastered release.

PC Players Are Getting Granblue Fantasy: Versus Characters AFTER PS4

Persona 5 Royal: How To Fuse Faith And Consultant Arcana Personas
We and our partners use cookies on this site to improve our service, perform analytics, personalize advertising, measure advertising performance, and remember website preferences.Ok