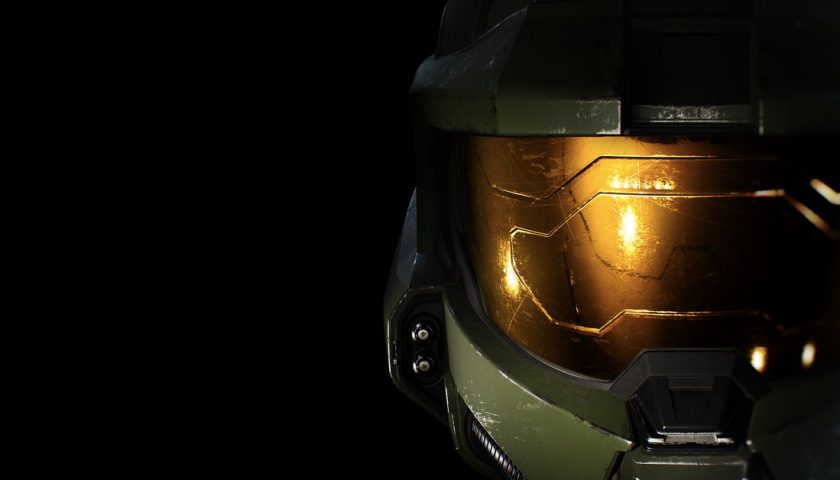 I love a good power fantasy as much as the next person. And if you think I wasn’t fist-pumping the first time I saw Master Chief boogie-boarding an antimatter bomb through space and into a Covenant cruiser, you would be incorrect. But power fantasies are a dime a dozen. The most memorable Halo moments are the ones that made me feel vulnerable. The Halo series is at its best when it veers into outright horror.

Consider the game that started it all. In Halo: Combat Evolved, Chief is a stranger in a strange land, not only looking for a way off the titular ring world, but also trying to figure out what exactly the ring world is. “343 Guilty Spark,” the sixth mission, leads the Chief to a derelict facility in the bowels of a remote swamp. After passing through hallways littered with mangled bodies — human and Covenant alike — Chief watches footage from a discarded helmet cam in which a squad of Marines is torn apart by a wave of tentacled, parasitic creatures. The footage ends, and Chief realizes he’s in the same room where the carnage unfolded. He hears something slithering toward him. Thus, he meets the Flood: “the only enemy the Covenant fear.”

Halo’s Flood-centric chapters are not necessarily the most fun ones. Whittling down the hierarchy of a Covenant squad, for example, demands far more strategy and encourages the use of the full array of weapons in the game. But then my motion sensor is awash with Flood signatures, and the soundtrack escalates into a frenzied orchestral shriek. It doesn’t matter that I’m 7 feet tall, 1,000 pounds, and enveloped in an energy shield — in those moments, Combat Evolved is absolutely terrifying.

None of this is to say that the Covenant can’t be scary as well. They’re an intergalactic conglomerate of religious zealots that either train for war from childhood, or enslave whole worlds to make them fight against their will. The universe is being engulfed by a violent crusade that threatens to all but eliminate the human race. What’s more, a world-eating network of starving parasites just joined the fray. Also, that ring is actually a life-erasing weapon. And there are six more of them.

The Halo series gets a lot of storytelling fuel out of the horrors of this whole situation, even though Master Chief is rarely fazed by it all. It’s his stoic demeanor that makes the surrounding anxiety palatable.

Then there’s Halo 3: ODST, which isn’t about Master Chief. After all, it was created in large part to get away from the superhero stories of Chief and the Arbiter in favor of a well-trained but far more vulnerable spec-ops squad. The Helljumpers’ increased fragility, coupled with the game’s nighttime setting in a city under siege, makes for more tense, deliberate pacing overall. That said, it leans into noir far more than horror, even when I want it to commit to the latter. It’s a veritable hard-boiled detective story, complete with jazz, rain, and the lone gumshoe looking for answers.

Halo 3: ODST is still unlike any other Halo

Halo: Reach, on the other hand, is laced with horror story trappings. Its first mission, “Winter Contingency,” paints the Covenant as a vicious, insidious force. They speak in squawks and guttural barks. They leave mutilated interrogation witnesses lying in pools of blood. A group of Elite Zealots ambushes you in a shadowy relay station, comes within inches of killing you, then drags a Marine corporal as a meat shield into a darkened room, where his helpless screams echo before fading completely.

That desperate tone remains throughout the campaign. Reach is a prequel to Combat Evolved, and entering its world means accepting that (almost) every Spartan soldier on planet Reach will die. To paraphrase how my co-worker Nicole Clark described it in a recent Zoom call, Halo: Reach is basically Rogue One, in that it’s about marching toward a foregone conclusion — in this case, the destruction of humanity’s greatest fortress — and clinging to hope regardless.

Reach is full of haunting moments and tense challenges that take a while to shake off. My favorite mission, “Exodus,” tasks you with evacuating civilians from the city of Alexandria, all while a battle group of Brutes combs through the alleyways and courtyards in search of survivors. In another sequence, from the side turret of a Falcon, you’re forced to watch as the city burns, UNSC forces get swallowed up, and civilian transports are shot out of the sky. The music is mournful here, but the scene is nothing short of grim. It’s yet another reminder of the unknown horrors that lie in wait for humanity and anyone fighting to preserve it. It grants the rest of the franchise even greater narrative weight.

Developer 343 Industries has largely moved away from overt horror elements in the entries following Halo: Reach. And while I’ve enjoyed much of my time with the studio’s sequels, they’re lacking that sense of terror that drew me to the series in 2001, the first time Chief turned on Jenkins’ helmet cam in that sinister swamp in a remote corner of a mysterious world. I’m all for the power fantasy of being a Spartan, and judging by my time with it thus far, Halo Infinite won’t be lacking in that regard. But still, I can’t help missing the days when Halo’s story had stakes that were driven by fear.