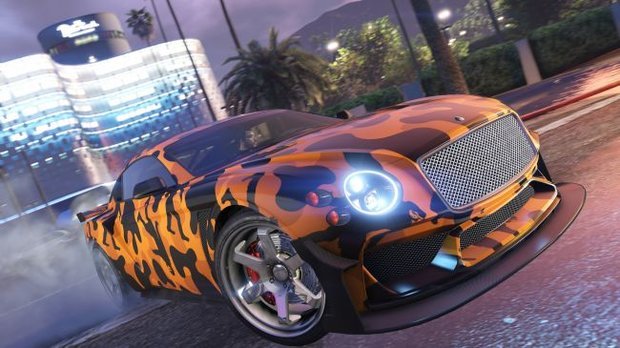 Hosting missions can be a little tricky as it’s all decided by whether or not you’re first to join a lobby – so be prepared to roll the dice a few times until you get the right group together. There doesn’t seem to be an easy shortcut, but players have suggested that joining via an invite increases your chances. Thankfully, the steps are pretty easy.

Head into the casino and find the mission you want to start. Press “Right” on the d-pad if you’re playing on console or E to set up a lobby.

Once the lobby loads, check to see if you’re the host. If you are, then happy days, but if not just quit out and try again.

Once you’re the host, pick your settings and begin matchmaking – host all six missions and you’ll get your grrrreat new livery (sorry).

While it can be frustrating to keep ducking out of a lobby and jumping back in, hopefully it won’t take too long.

As is commonplace with GTA now, there always seems to be secrets hidden and speculation is rife that there’s more to the update than we’ve seen yet.

MrBossFTW, a content creator dealing primarily in GTA and Red Dead information put together some research suggesting that horses could be included on the back of the addition of a racing track behind the casino.

Horses have previously been found in the game’s files from as far back as the original release but we’ve never seen them in the world.

MrBossFTW reckons that the track could offer active racing and spectating – and we’d imagine a heavy horse-training aspect as well.

After sister franchise Red Dead Redemption 2, we have all the faith in the world that if horses are added to GTA, they’ll be the best damn horses you’ve seen in a videogame. Yee-haw!