When I play GreedFall, it’s impossible not to notice the little imperfections.

One NPC leans against a wall, her eyes permanently closed and gently clipping through the rest of her face. Speaking with a merchant and passing an important object back and forth becomes surreal when there’s no actual object on screen, so it looks like we’re engaging in a low-budget theater production or a particularly potent game of make-believe.

I also don’t particularly care, because all of these little errors come with a heaping helping of quest design that seemed lost to time. This game has everything: dialogue trees with lots of branching options; old-school, Western RPG-style turn-based combat; flirting; and a long, complex narrative that doesn’t always work, but keeps on trying anyway. It’s a huge, sprawling, complicated mess, and that’s not the worst thing for this sort of game to be in 2019.

I felt as though I had dug up an old cardboard box out of my closet. “Oh, hey! It’s my Xbox 360, Dragon Age: Origins, Mass Effect … oh! And GreedFall!”

In GreedFall, I take the role of De Sardet, a diplomat from the Congregation of Merchants. De Sardet is the very portrait of privilege — in fact, the framing device for character creation literally involves my De Sardet posing for a painting. I choose a female De Sardet; her voice acting is a little more natural than that of her more bombastic male counterpart.

Making matters worse, there’s a deadly plague called the Malichor. My mother is on her deathbed, blinded and immobilized by the Malichor. I have a dark, sprawling blotch of corruption on my face — I have the disease too, it seems, and eventually it will claim my life.

There’s only one hope for a cure, and it can apparently be found on the newly discovered island of Teer Fradee. I’m setting out with my cousin, Constantin d’Orsay, to this new world … as soon as I can find where he went after some kind of drunken brawl. Along the way there will be side quests, problems to solve, ne’er-do-wells to vanquish, and choices to make.

If it’s not already obvious, I’ll come out and say it now: The game is about colonialism. That’s the titular “greedfall” — us landing on the shores of Teer Fradee for our own benefit. This is European colonialism, wherein these existing states have moved in to gain political control over a new society. Over time, as new settlers pour in from the Old Continent, they increase their economic grasp over Teer Fradee.

But, as with many games that boast a story that stretches on for dozens of hours, I need to get through lots of side quests and setup in order to tackle the big themes. 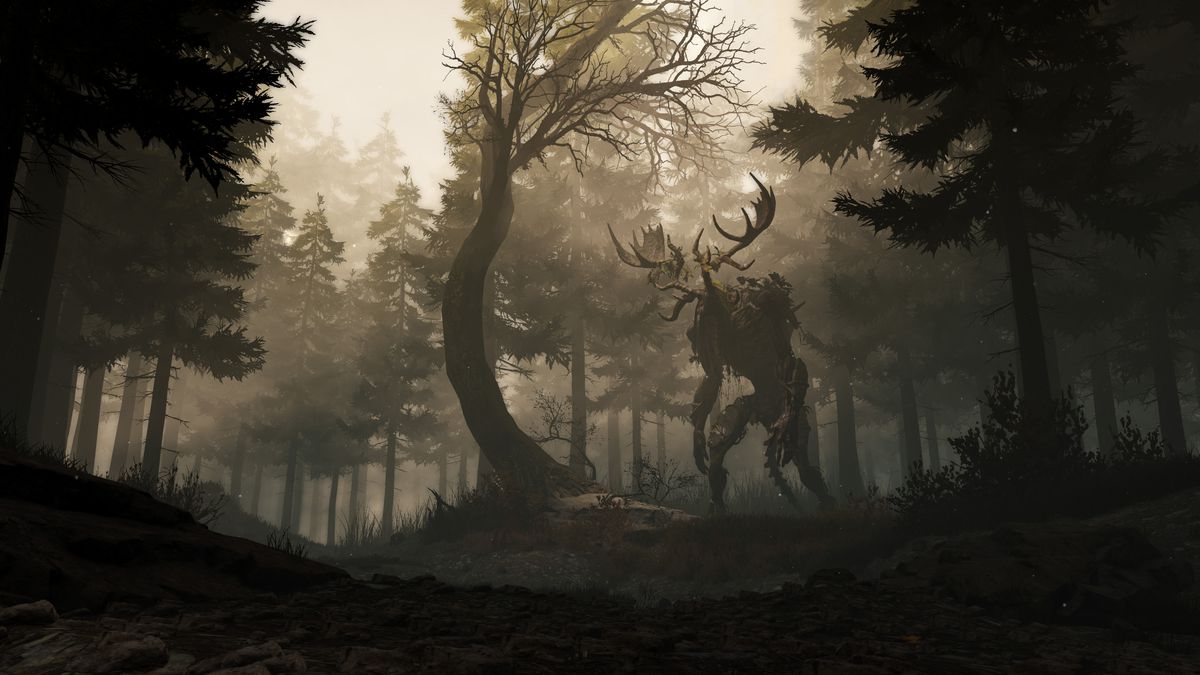 The opening chapter sets the template for how the rest of GreedFall will play out. Once we set sail to Teer Fradee, I always have some kind of quest to take care of. The way I build my De Sardet influences what options I have. I play a mage who can pick locks, but I can’t craft potions or explosives.

GreedFall is played in the third person, and I watch De Sardet and my companions jog through the world. When combat begins, I am allowed to pause and cue up actions like healing, attacking, and dodging, or I can control De Sardet in real time. When I’m not moving somewhere or fighting, I’m talking to NPCs, where I navigate through a fully voice-acted dialogue menu to investigate mysteries, make choices, and turn in quests.

I can recruit a few companions, and they can step in to help with certain conversations … or they might get upset with me if I go about attacking members of their particular faction. I’m a diplomat, after all, and I have to try to navigate the task of heading to this new land and dealing with the Old Continent forces that have built footholds among the native people.

Every quest is designed to have multiple solutions, which rewards experimentation and creativity. Sometimes, I have a companion try to appeal to a related NPC, or I handle conversations myself with a charisma check. Sometimes I have to sneak through a camp, or I can steal some faction gear and use it to move through a space that would otherwise be forbidden to me. I pick locks to access some areas, and I can see that other avenues are closed to me because I’m not able to pass the appropriate social check. And, of course, if things go wrong there’s always the option to get into combat. Or that can be my first approach, if that’s how I build my character.

Because I’m torn in so many directions, and reliant on so many NPCs to complete side quests and learn about the world, De Sardet comes across as either complicit in the crimes of her people and their allies, or complacent as to the fate of the native population. This changes over time as I work my way toward the end, but it drives home GreedFall’s biggest shortcoming. 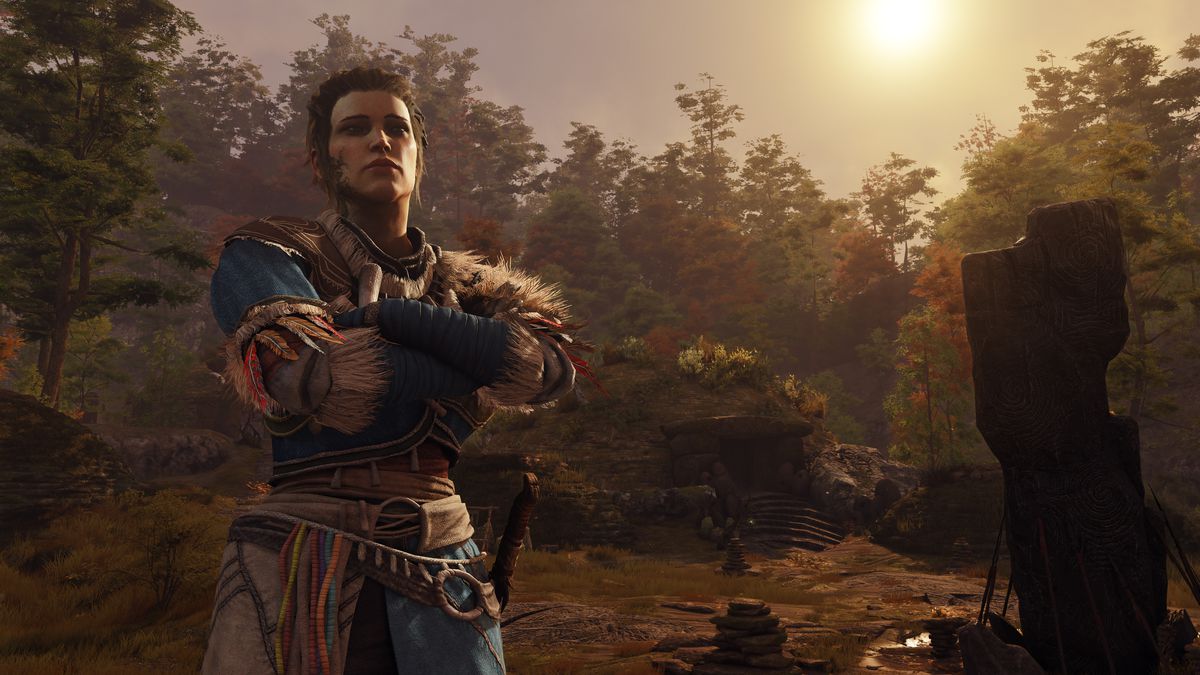 GreedFall seems expansive and sprawling if you look at its list of features: classes, professions, combat, dialogue checks, factions, romances (Cass + Kurt 4ever), gear, a continent to explore …

But when I dug into the game, I saw that many of these things aren’t as developed as I might have hoped.

Stealth, for instance, mostly consists of awkwardly crouching while keeping an eye on the UI element that displays whether I’ve been detected. Romances tend to comprise a few short conversations and a couple of unique cutscenes, then it’s back to business as usual. Combat, especially as the game wears on, becomes something I grudgingly endure rather than enjoy — especially because I can’t pause and direct my companions in the same way I control De Sardet. They just do their own thing around me, which gets chaotic.

This extends to the themes of the game as well. Remember in Mass Effect, when Shepard would brusquely tell the Council that she had no time to talk because she had a galaxy to save … and then the player was tasked with helping out some guy on the Citadel, or you could even just take Shepard dancing and drinking for a while? GreedFall suffers from the same issue. Even though I know my mother is dying and my people are in danger, I am also expected to take my time digging through Teer Fradee to finish quests that often seem to pale in comparison to my central goals. 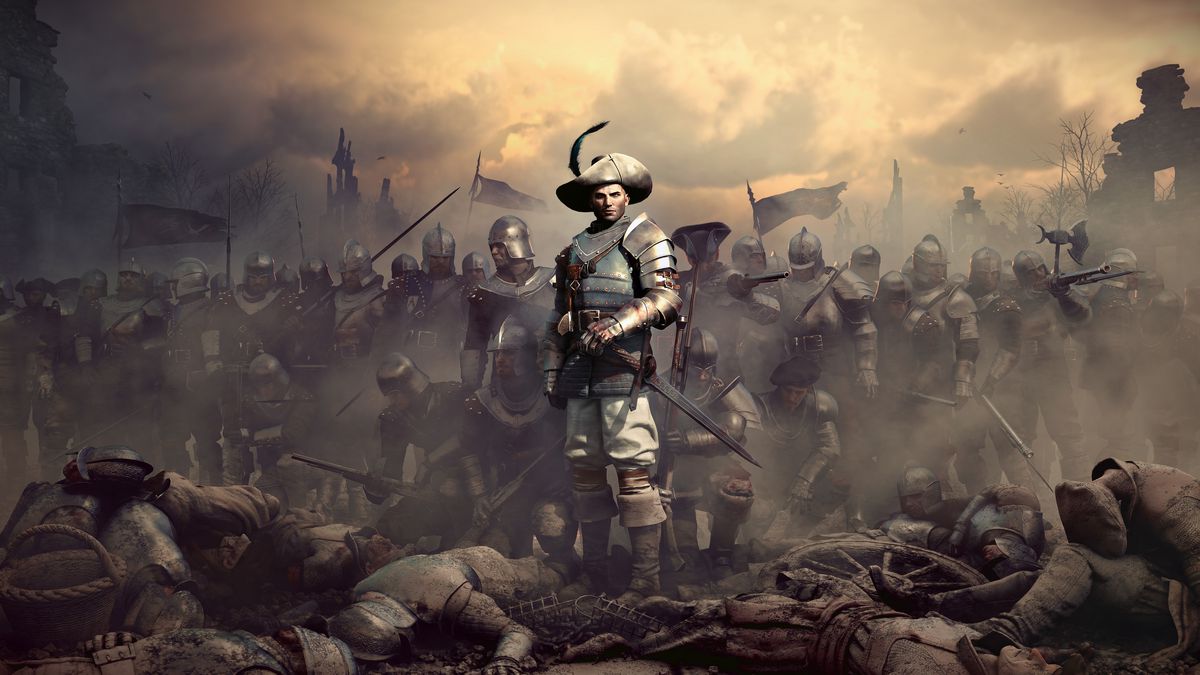 The game asks me if I’m willing to make tough choices. Do I prioritize my people’s survival and the Malichor, or do I work against the injustices of colonizing Teer Fradee? Either way, I’ll be spending the rest of my time cavorting around the island like it’s a giant theme park to meet companions, find new gear, harvest the local flora, and murder the fauna.

Sometimes, these side quests are tongue-in-cheek, and that pulls the punch. Other times, the game makes me feel powerless — I’m a humble diplomat who has to find an imperfect solution. But ultimately, I’m the protagonist, and I end up making the final choice about the fate of this world. Those different stances all conflict, causing tension in the narrative.

GreedFall wants to be a great big game, but without the resources of a huge publisher, many of its components feel half-baked. De Sardet has their quest on Teer Fradee framed as invasion and colonialism. For the player, it’s framed as adventure and content.

The game feels like an older, slightly more scatterbrained Obsidian or BioWare title that I’m just discovering now, warts and all. The individual missions are well-designed and offer meaty moral choices, even if the scaffolding holding them up is a little wobbly. I feel like I’m back in my teens, curled up with a controller and a classic RPG, and I’m willing to forgive quite a lot of messiness in order to continue enjoying that pleasant sense of time travel.

GreedFall is now available on PlayStation 4, Windows PC, and Xbox One. The game was reviewed on PC using a final “retail” Steam download code provided by Focus Home Interactive. You can find additional information about Polygon’s ethics policy here.