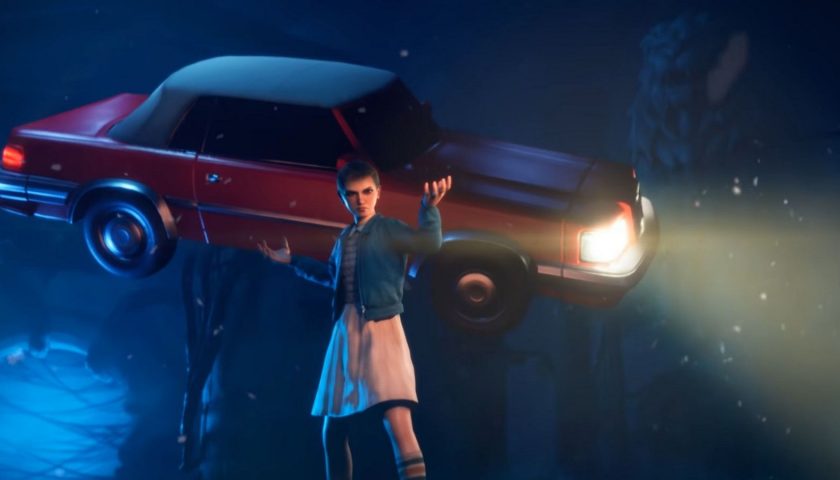 Just before E3 kicked off, I heard the news that Smite was getting a Stranger Things crossover. Like all Smite news, it elicited a brief shrug before I moved on with my life and forgot all about it. That’s not a slight on Smite, I’ve just never played it and never will. Obviously, I hear quite a bit of gaming news as part of my job, and if it’s not a story I’m covering or a game I care about, it tends to go in one ear and out of whatever orifice is currently the closest. So was the case with Smite, which meant that once the Stranger Things x Smite crossover trailer at E3 rolled around, I had completely forgotten it even existed.

The crossover trailer starts with an object that might be Smite-y being crawled over by a Demogorgon as it stalks a season one-era Eleven. Suddenly, Eleven notices the creature behind her – it screams loudly, which gives away its position somewhat. She turns, lifts up a car via telekinesis and hurls it towards the beast while that iconic streak of blood drips from her nose, the electric beat of the Stranger Things soundtrack growing louder and louder… then the Smite logo came up. Oh. Yeah. The Smite thing.

Again, I’m not hating on Smite. But it’s like if McDonald’s started giving away free Spyro the Dragon merch, but only in Thailand. My first reaction would be “Why Thailand?” but that doesn’t mean I hate Thailand, it means I love Spyro and I want the cheap McDonald’s merch goddamn it. I’m never going to Thailand and I’m never playing Smite – just give me my Stranger Things game. 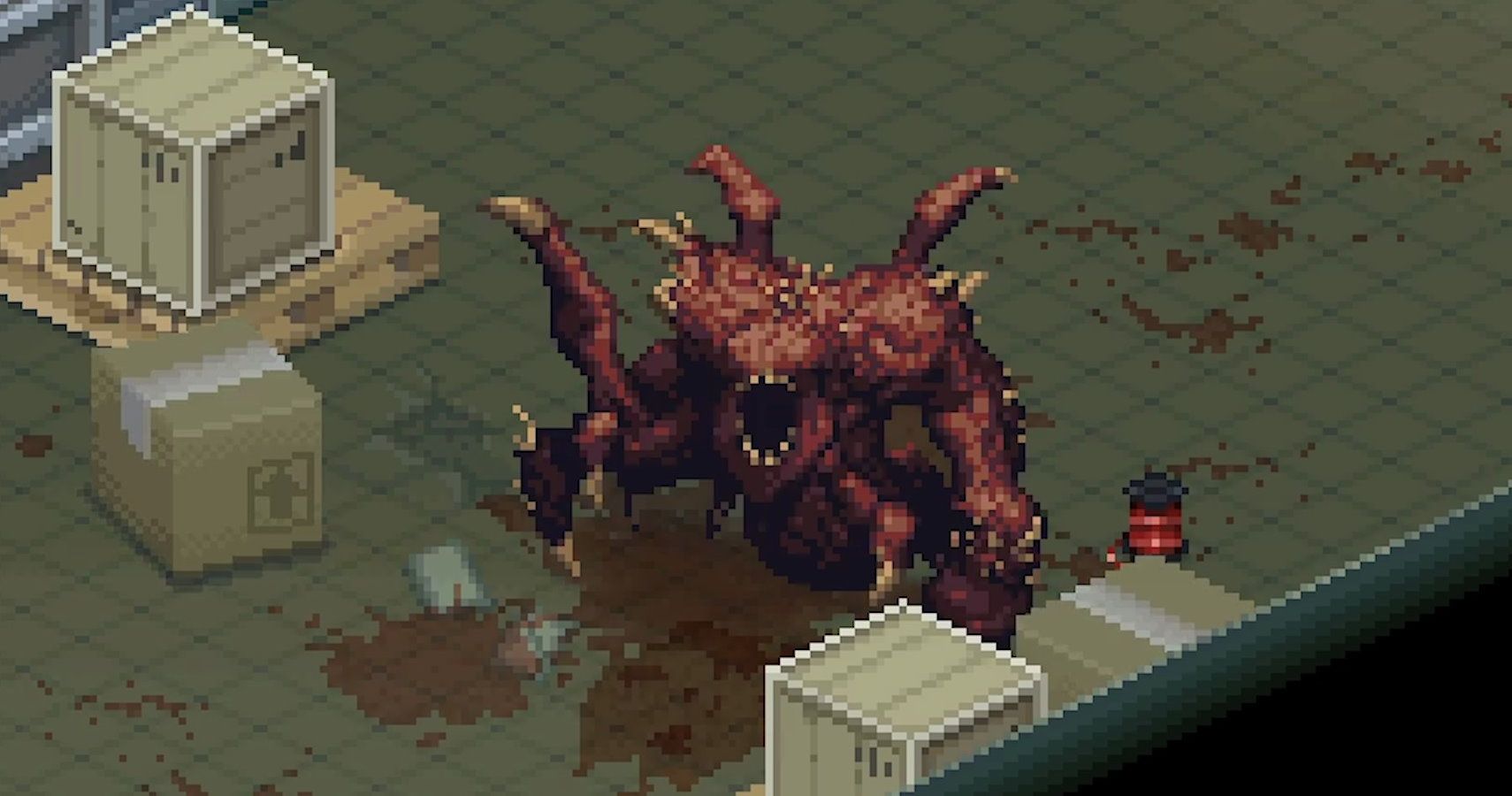 You might now point out that Stranger Things has a video game – it has two, in fact, although somewhat confusingly, these games are called Stranger Things: The Game and Stranger Things 3: The Game. The second one – which thinks it’s the third one – is fun enough, but since it’s little more than a tie-in promo for the show, it doesn’t explore the franchise’s full potential, instead giving us an ’80s-era pixel sprite beat-’em-up that’s good at what it is, but isn’t really Stranger Things. I haven’t played the first but it looks largely similar. They lack the mystery and intrigue of Stranger Things, the sense of Eleven’s powers, the thrills, chills, and spills of the high-octane action scenes. Instead, it just gives Joyce a baseball bat and lets her club generic enemies over and over.

There was even supposed to be a Telltale Stranger Things game, but this was nixed when Telltale as a whole bit the bullet. This story heavy, choice based Stranger Things experience still wouldn’t have delivered on the power-fantasy of throwing cars as Eleven or the full horror of Hawkins at night, but it would have been a lot damn closer than Smite. Again, sorry Smite. 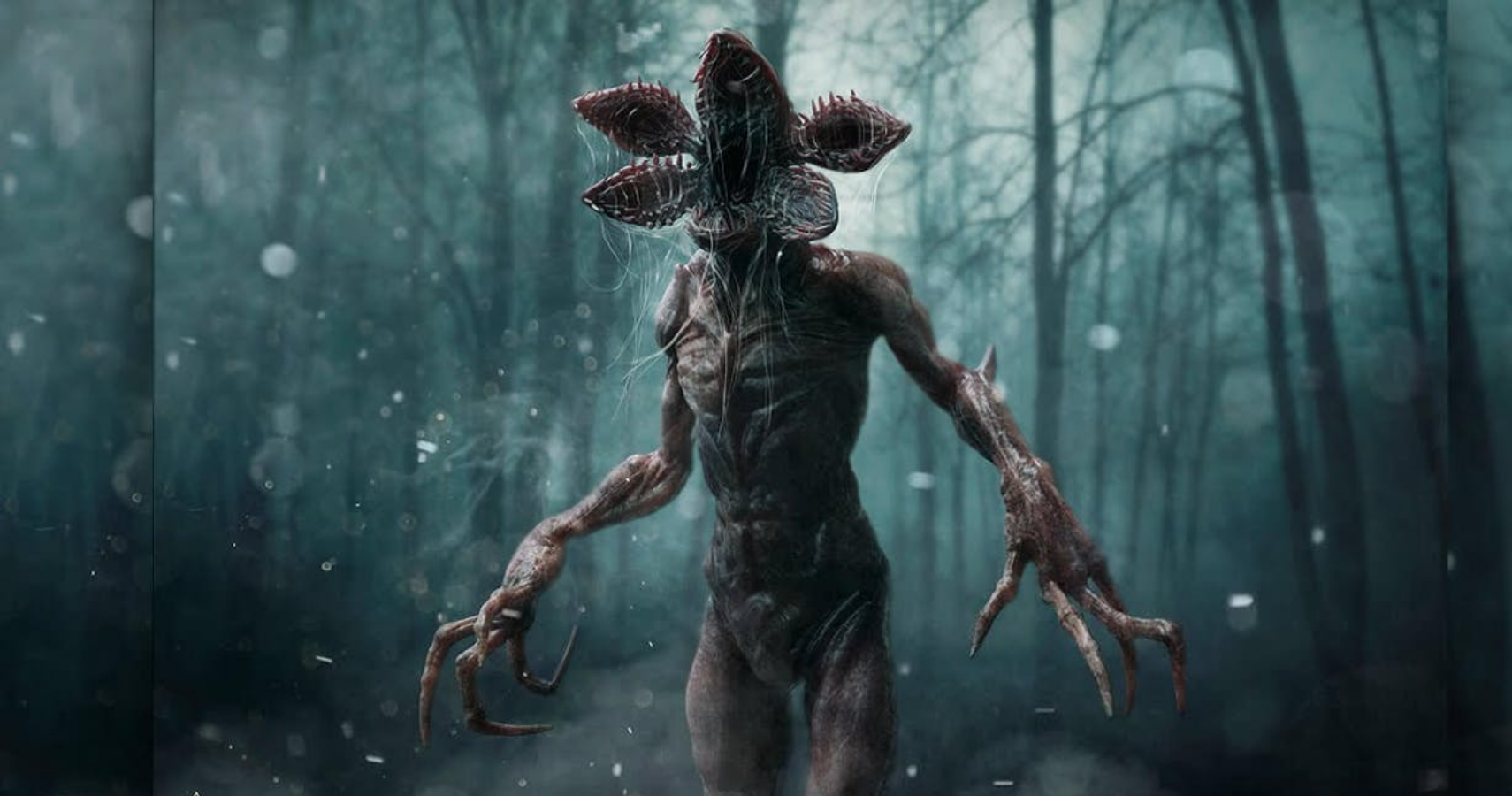 I haven’t thought about a Stranger Things game in a little while, mainly because it has been two years since season three ended, and both David Harbour and Natalia Dyer have hinted that it might be 2022 before we see the final season. I have simply pushed Stranger Things out of my brain. That’s part of the reason why it was so exciting to see Eleven at E3 – I love Stranger Things but hadn’t thought about it for a long time, so the prospect of a proper third-person action title was a big deal.

Whenever I do think about it though, I can’t escape the feeling that it’s so perfectly suited to the medium. There are other shows on the air that I like more – Pose, Black Mirror, American Horror Story, Atlanta… but few are so perfect for a game adaptation. In terms of currently on air prestige television, I’d say it’s behind only The Mandalorian, and I’ve already written about why that one deserves a show. Everyone and their gran agrees that Mando would be a good game though – it’s basically a video game turned into a TV show anyway with its side missions and fetch quests and shootouts. Stranger Things never gets as much attention, but it should. 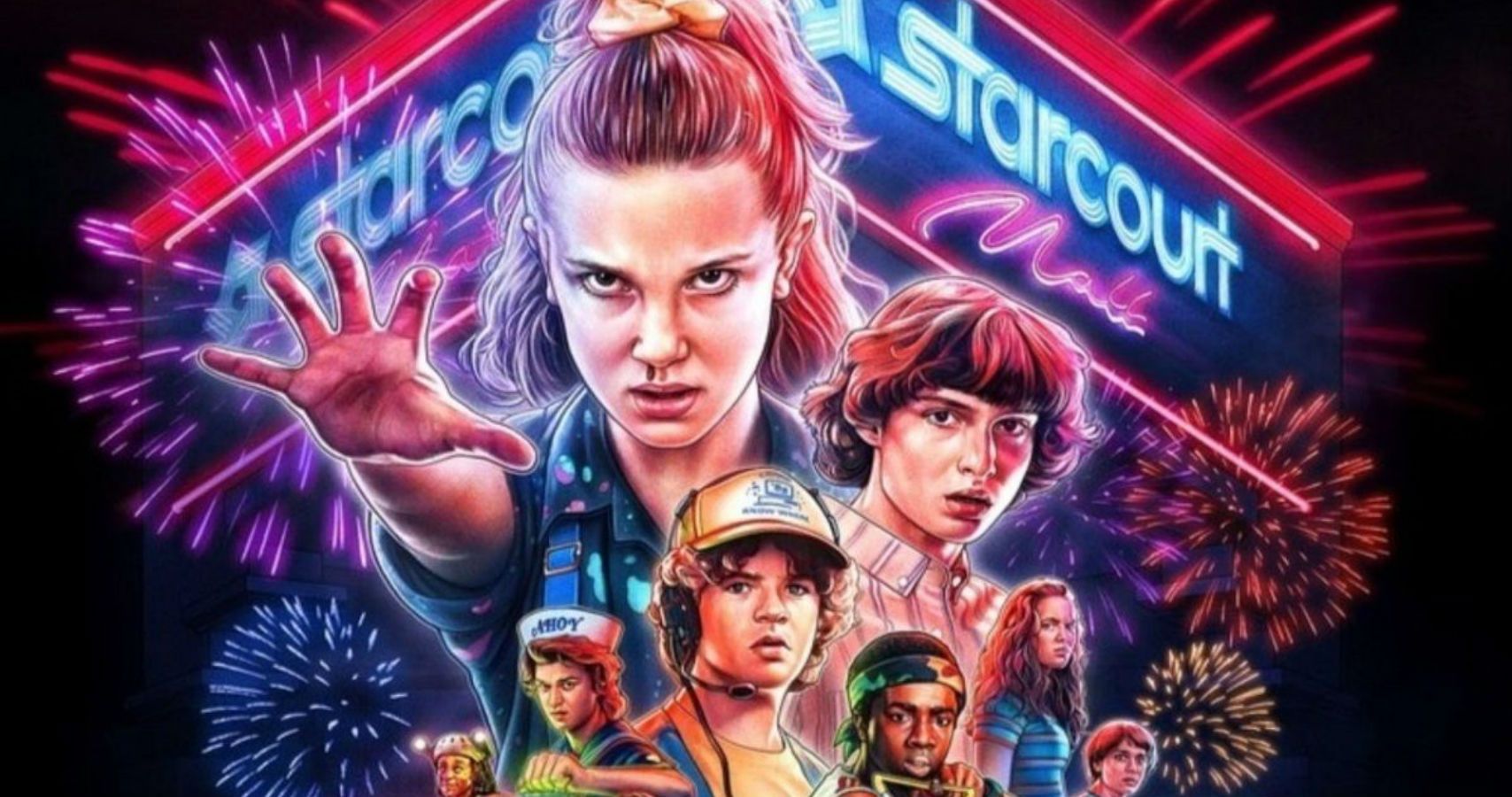 The temptation is to let us play as everyone, as the existing tie-in games do, but I think Eleven is the obvious pick. I know the other characters can wield weapons and Nancy is a dab hand with a shotgun, but Eleven is clearly the ace. If the Smite trailer had been Nancy or Dustin running away from the Demogorgan, I probably wouldn’t have been quite so disappointed when it turned out to be for Shite. Sorry, Smite. The crossover may well be excellent, but it just reminds me of the huge gap where the ‘Stranger Things goes Batman: Arkham but make it chiller’ action combat game lead by Eleven should be.