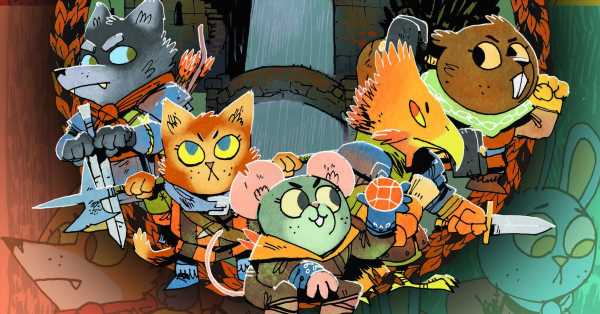 Free RPG Day is this Saturday, Oct. 16. While it doesn’t get nearly as much attention every year as Free Comic Book Day, it’s potentially the more interesting of the two events. Not only is this your chance to head out to your friendly local game store to grab some free stuff, it’s also a great opportunity to play a game and meet new players from your community as well.

Polygon had the opportunity to preview everything that will be available this year. Here’s our top five picks for what to grab. You can find the full listing at the official website.

The most exciting item this year is also the most dense. Produced by 9th Level Games (Kobolds Ate My Baby, Business Wizards), Level 1: The Indie RPG Anthology is back for its second year. This thick little booklet could pass for a small paperback novel, but inside are a ton of rules-light tabletop role-playing game (TTRPG) experiences that you can pick up and play in an instant. My favorite is called Tiny Tusks, by Whitney Delaglio. It’s an exploration of what it means to be biracial, told through the lens of the least understood creatures in all of role-playing. Tell your story, remove your helm, and reveal your character’s true self at the table.

Leder Games’ Root: A Game of Woodland Might and Right suffers from an overload of adorable animal art. There’s simply not enough game material for all of Kyle Ferrin’s glorious work (which can also be found in the recent Oath: Chronicles of Empire and Exile), so the good folks at Magpie Games (Avatar Legends: The RPG) made a TTRPG. Unlike a few other offerings this year, Magpie’s lavishly produced booklet actually contains everything you need to get started with no downloads or additional printing required.

Originally funded on Kickstarter in 2015, Green Ronin’s second edition of Blue Rose is a sophisticated game of romantic fantasy with plenty of swords and sorcery. Way ahead of its time when it originally launched in 2005, the system is known for its inclusivity, and claims authors such as Mercedes Lackey, Diane Duane, and Tamora Pierce as its inspiration. Everyone is welcome in the nation of Aldis regardless of gender or sexual orientation. It also has some of the most gorgeous art you’ll find in any Free RPG Day module this year.

Modiphius’ Achtung! Cthulhu, based on its proprietary 2d20 system (Dune: Adventures in the Imperium, Fallout: The Roleplaying Game), makes killing Nazis fun again by mixing in some good, old-fashioned cosmic horror. The adventure here begins in media res, with player characters standing at the door over their drop zone in Fortress Europe with dark and dangerous secrets lurking in the countryside below. It includes ready-to-roll player characters and a set of quickstart rules.

Finally, one of this year’s leanest offerings comes courtesy of CMON, which will require you to download the entire 58-page quickstart ruleset and make some player characters to get your bearings. Once you do, however, there’s a vicious little set of encounters to enjoy. The first takes place on a cruise ship, the second at a fancy day spa, and the third inside a dimly lit a parking garage. Expect brutal, bloody affairs in line with the blood-soaked board game series.