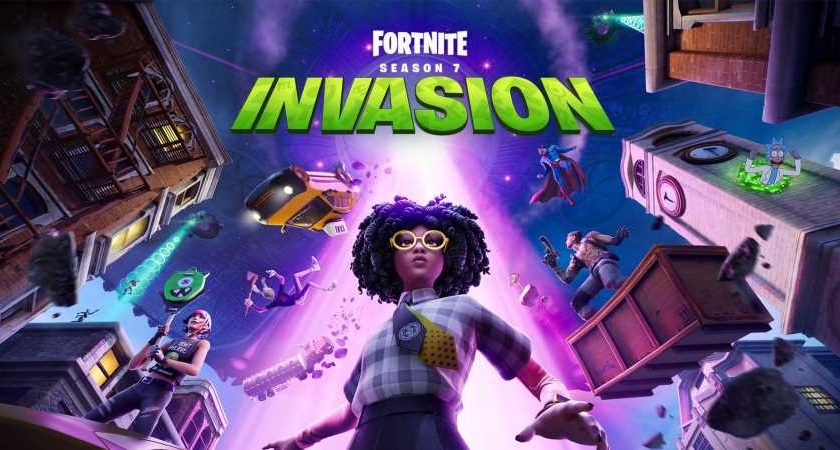 Fortnite Chapter 2: Season 7 is all about change. After previous seasonal updates worked to deepen the mystery surrounding its iconic island while slowly opening up the metaverse, Invasion aims to uproot much of this security. Everything is thrown into chaos as aliens wreak havoc upon your familiar abode with no intention of making peace. So you’re left with no option but to fight back, Rick Sanchez and Superman standing alongside you to hold back the extraterrestrial menace. It’s stupid, it makes little sense, and it leans into the licensing power Epic Games’ has at its disposal – but they couldn’t get Samus from the looks of It.

However, despite all the grandiose additions coming as part of this season, the most important sits with the female character at the centre of both its marketing materials and the unfolding narrative. Doctor Slone is the head of The Imagined Order, a group of heroes and rebels who have banded together to take back their island from the alien invaders. She commands the likes of Superman, Rick Sanchez, and a bunch of other characters you’ll unlock and learn about as part of the new battle pass. The debut trailer has her standing atop a respawn van belting out orders while wielding a megaphone, cementing a sense of authority that few others in Fortnite have managed to achieve.

She’s badass – and it’s refreshing to see a woman of colour given the spotlight in what is arguably the biggest game on the planet. It’s something we need to see more of, especially in a medium where characters in major blockbusters are often white, cisgendered protagonists that safely appeal to the widest demographic possible. Epic Games is so huge that it can make moves like this and roll with the punches thrown out by bigots who want their hobby to abide by a single generic definition. The diversity of those engaging with the medium continues to grow, and so should the characters and personalities found within it to reflect that. Fortnite making a push is big, and hopefully not a temporary one.

You can unlock Slone as a playable character through the new battle pass, which is rejigged by a star-based approach that theoretically allows players to select the skins and cosmetics they want to unlock right away instead of being forced through a selection of goodies they have no interest in. As for how well this will work in practise, I’m not sure, but being able to access Slone without much trouble alongside a selection of customisable styles is so refreshing to see. Each one flaunts a new aspect of her personality, whether it be through stylish sunglasses or a sudden change in hairstyle, it all serves to highlight who she is and why that identity means so much to her.

Earlier pieces of art feature Slone as an intelligent young child and a passionate academic, a career path which inevitably saw her enrolled into the larger Fortnite universe as a saviour for humanity. I imagine she will play a pronounced role in the narrative set to play out across the coming season, and I can’t wait to see her take the lead and shine above some of the biggest licensed properties on the planet. Epic Games could have thrown Rick and Morty on the cover and called it a day, but it didn’t, it decided to place its own inclusive universe at the forefront and strive for something better. I’m glad it did, and hope this trend continues.