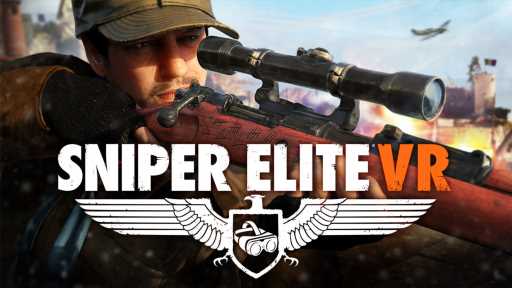 One of the big AAA virtual reality (VR) titles to arrive this year for major headsets was Rebellion’s Sniper Elite VR. It’s now a couple of months since launch and the development teams – which includes Coatsink and Just Add Water – have released the first major update for the shooter adding new features and plenty of refinements.

The new patch has arrived today for Oculus Quest, PlayStation VR and PC VR headsets, rolling out quality-of-life improvements that players have been requesting. Some of the standout additions include custom difficulties allowing snipers to select options to turn on and off aim assist, bullet drop and bullet wind.

New vignette options provide refined tweaking whilst the ability to adjust weapon alignment means that players should find a setup that suits their particular play style. On the subject of guns Sniper Elite VR now has official support for ProTubeVR gunstocks plus if you want to make the gameplay even more immersive bHaptics’ Tactsuit X40, Tactosy for arms and Tactal for head all work.

PC players also get a range of visual improvements with extra graphics options added for FXAA, MSAA, SSAA and Lens Flares. These will all affect performance so you’ll need a high-end PC to use them. To see all the improvements the changelog can be found over on Steam.

Reviewing Sniper Elite VR back in July, VRFocus said: “So was Sniper Elite VR worth the anticipation and wait? Most definitely. It’s not without issues trying to find that balance between being a fun experience for all whilst giving VR veterans a videogame they can really get stuck into. When you do get into it though, Sniper Elite VR becomes a thoroughly engrossing VR shooter.”

VRFocus will continue its coverage of Sniper Elite VR, reporting back with further updates.