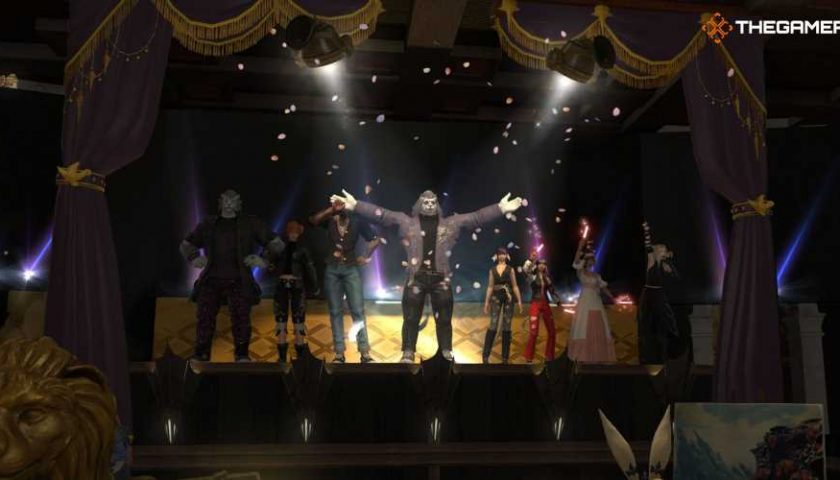 If you’ve ever played Final Fantasy 14, you’ll likely be familiar with the concept of the macro system — automated commands that you can create to trigger various actions at the touch of a button. You’ll also be hard-pressed to have not noticed the many, many dance emotes available, as you’ll often come across players boogying everywhere from city streets to mid-dungeon runs. But have you ever heard of Macro Dance? This combines the use of the macro system with various emotes and job actions to create a dance-like choreographed performance.

“The work itself of Macro Dance requires us to listen to the same song over and over about 50 times or more,” Ahro'zi Zhimsa, the founder of Esprit macro dance troupe, explains. “We make use of the in-game vanilla macro system, and time all of our emotes and job actions to certain points of the song.

“I’ve seen a lot of people saying we use third-party software and man, that’d sure make it easier! But no, it’s all timing and time-consuming macro writing. Adjusting the timings to be just right can take anywhere from two hours to several weeks. Additionally, FF14 macros only have 15 lines in a single macro, so I’d say on average we use six-to-eight macros per song, but there are those that use a lot more!”

Ahro is a pro when it comes to the Macro Dance community in Final Fantasy 14. He’s been macro dancing for almost two years and in that time he’s been part of more than one troupe, with the most notable being Tech Step — a well-known Macro Dance group that disbanded earlier in the year. 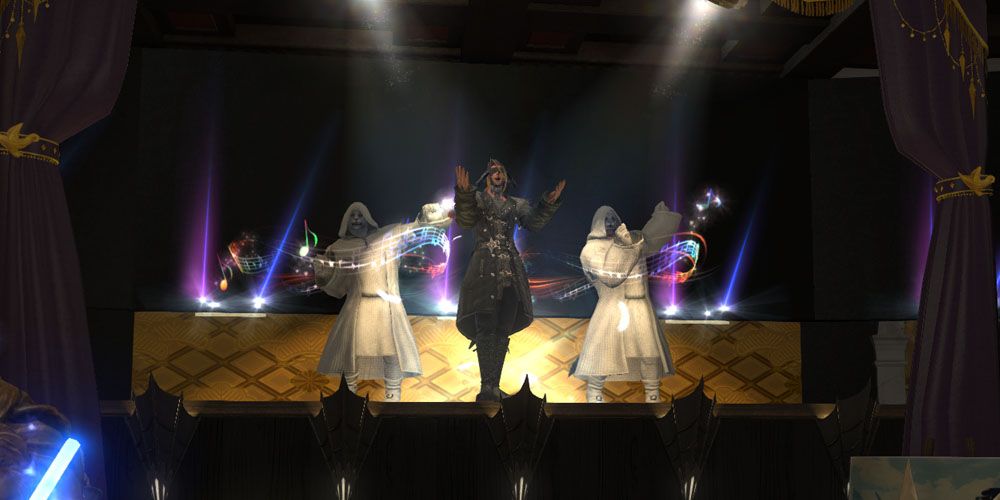 Multiple Tech Step alumni have joined together to form Esprit, the spiritual successor to Tech Step, and they’re already back in action to delight crowds across Eorzea. This new troupe only formed last month and features a mixture of veterans and fresh-faced members, with plans to use their platform to share their passion with the community and teach others the joys of Macro Dance.

“It is a community and resource for the entire dance community, and I hope to build it up as a place where everyone feels welcome and at home,” Ahro says. “A place where all these creative and amazing individuals can come together to create whatever their imagination can come up with. It’s my passion to teach people to do what we do and to enable everyone to just focus on the performance side, while myself and my team handle the technical and logistical side.

“Working within the vanilla confines of the game as we do can be a double-edged sword as you have to just make do with what tools the game gives you, but it is also a great means of making performing accessible to people of all walks of life. We have members of Esprit who would be totally unable to do anything like this in real life, and we have others who are from all sorts of dance, theatre, and performance fields that love having this as an outlet. It felt like something a lot of people needed when the pandemic hit and suddenly everyone was stuck inside. I think everyone needs a creative outlet, and this just happens to be it for our community.”

To celebrate the in-game wedding of Rich Campbell and Booba Campbell, Esprit performed in The Rich Kids FC house on Midgardsormr and I was lucky enough to get a front-row seat. I’m no stranger to Macro Dance — I adored the creative performances of Tech Step — and despite knowing that the show would be one to remember, I was still blown away by the attention to detail. Esprit has not only successfully continued Tech Step’s legacy of amazing performances, but has raised the bar. 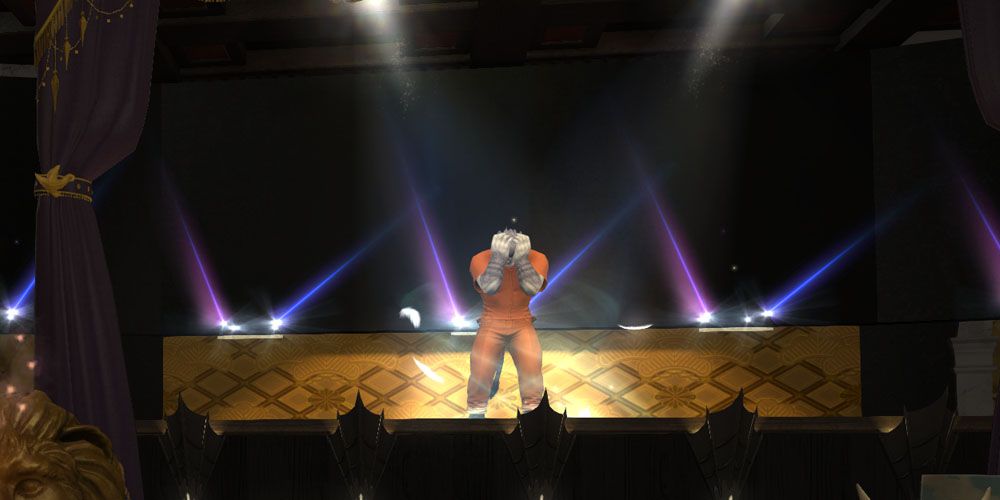 Esprit shares a pre-set playlist with the audience before the performance starts, so you need to mute the in-game sounds and music to fully appreciate each show. The Panic! at the Disco and Paramore mashup Full of Ignorance was the first song to play, and it’s all too easy to admire the hard work and precision that goes into what the troupe does. In a flash mid-song, the performer changed into the bright orange outfit of a convict to sell the line “Well, sentence me to another life,” before instantly switching back into their previous costume and continuing with the routine.

It’s small details like this that make the whole show memorable for all the right reasons. The feline troupe members performing Everybody Wants to Be a Cat in fur-lined suits, the Astrologian globe being used for Fly Me to the Moon, and the perfect timing of the most impactful, showy job actions with the crescendo of songs to convey the feeling behind the lyrics. And, of course, it’s hard not to be impressed by the cast’s impeccable timing with choreography throughout the whole performance, especially when they are all dancing in sync with one another as well as in sync with each song.

The varied mix of song choice means you get to see a range of different dance routines, encompassing upbeat solos, touching duets, and funnier tracks such as I Won’t Say I’m In Love from Disney’s Hercules. I absolutely adore the latter, so seeing it performed on stage was my favourite part of the show. The cast was dressed in appropriate classical Grecian attire, with the person in the role of Megara wearing a purple dress, while the Fates were in white. The choreography featured some hilarious little emote moments to line up with the lyrics. It was a pleasure to watch and the diverse tracklist is a testament to the different personalities that make up Esprit’s troupe. 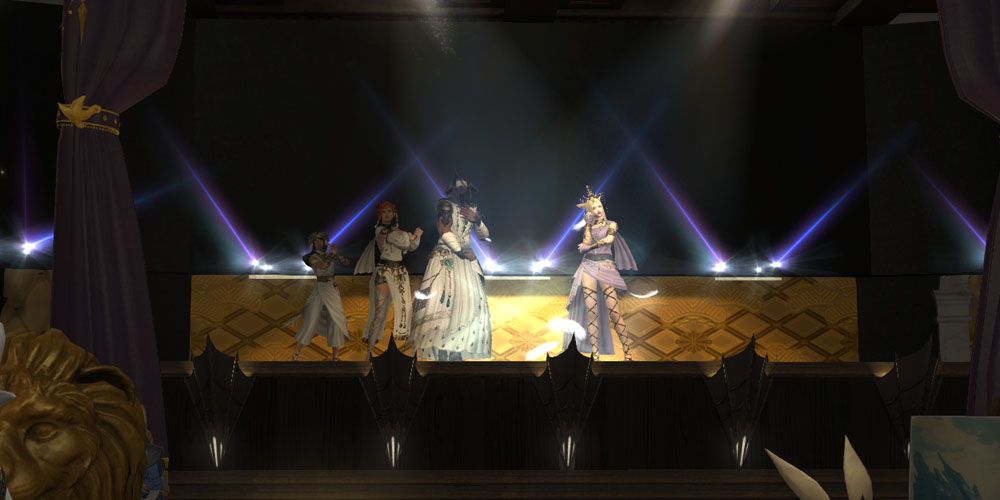 “I love the creative aspect of it, allowing folks to express themselves in brand new methods within their favorite game,” Ahro says. “It’s so cool watching different personality types write songs. Two people could write the same song, and the vibes could be completely different due to writing styles and I think that’s amazing. As much as the dances are the real appeal, I really enjoy the community aspect built around it and how much everyone wants to work together to make something great.

“It’s blown me away how positive everyone has been towards us. They really enjoy what we do and it only motivates me more to go bigger and better. It’s crazy that this silly little niche thing we do for fun has connected emotionally with other FF14 players. Really makes all the work worth it.”

Being able to meet with incredible people and watch their performances is always a pleasure, but there was something extra special about Esprit’s show being hosted on the eve of the Endwalker maintenance. When the performance ended, and with everyone well aware that the hours until maintenance were quickly ticking down, Ahro started cranking out hilarious tunes on the playlist and encouraged everyone to hit the dance floor and we celebrated the impending launch of Endwalker together. 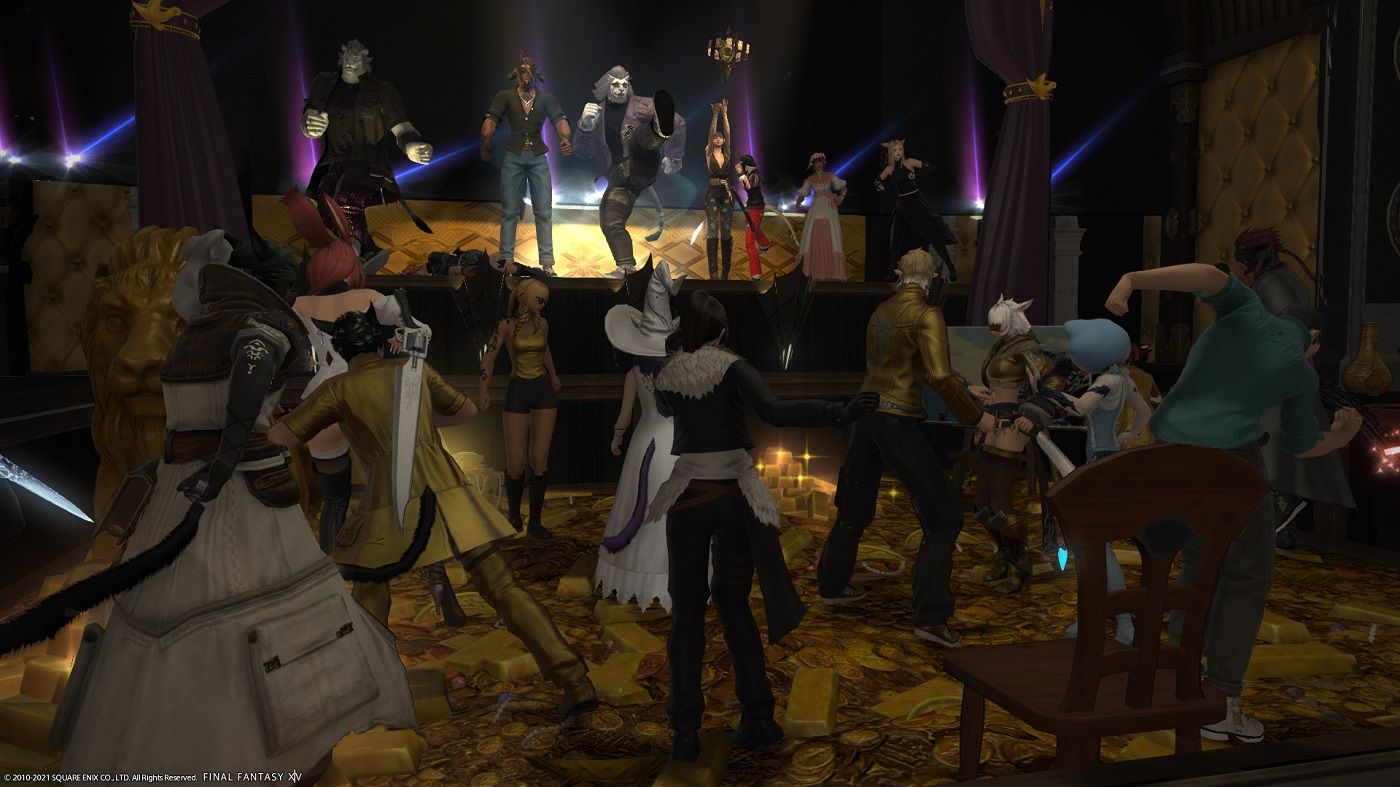 If you want to stay up to date with Esprit, or if you want to get involved with their dance troupe, you can follow them on Twitter or check out their Discord.