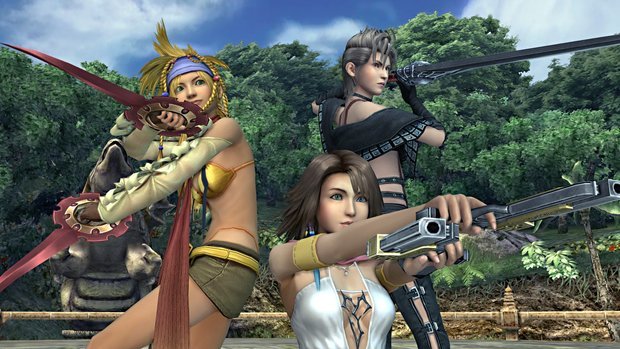 While both are excellent titles, the absence of a “Speed Up” function as seen in the other Final Fantasy Switch ports is a shame. In Final Fantasy 7 and Final Fantasy 9, it offered the chance to experience the story free from some of the grinding the genre (and franchise) have been known to get bogged down in.

It isn’t a dealbreaker, but its absence is noted.

With two excellent RPGs, playable in HD both in Handheld and Docked modes, Square has managed to squeeze even more onto the cart. There’s a short film, an audio drama, and a rogue-lite dungeon crawler known as Last Mission.

They aren’t worth discussing more than to acknowledge their inclusion, but this remains a definitive collection of everything Final Fantasy X.

In fact, it could be argued that the remasters feel most at home on the comparatively underpowered Switch – playing in handheld is perfect, and while neither game reaches the heights of the PlayStation 4 or Xbox One port, they look bright and inviting on the television too.

Over 200 hours worth of high-quality content, playable at home or on the go, Final Fantasy X/X-2 Collection is a must-buy on the Switch. Those that have played before will happily greet old friends, while those that haven’t explored Spira will find just as much to love.