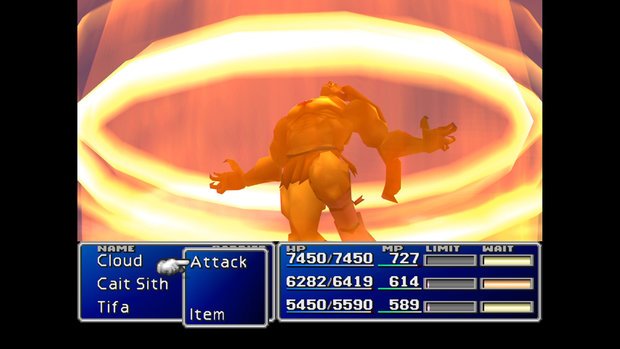 It sounds heavy-handed, but the opening of Final Fantasy 7 serves as a microcosm of the game in its entirety – both in narrative and gameplay terms. Its exposition is dense, laden with organisation names such as SOLDIER (all capitalised, yes really), and yet there’s charm here.

In a gameplay context, this early gauntlet introduces us to turn-based combat, pre-rendered backgrounds, and oddly-proportioned character models.

As you’d expect from a game that was originally released multiple console generations ago, the game’s blocky renditions of party members and NPCs alike feel archaic, but the commitment to strong character and environmental designs means that it has aged better than others in the genre.

Likewise, Midgar represents a focal point of the franchise – its cobbled streets giving way to bullet trains, highways, and even a motorcycle chase. It feels like a metaphor frozen in time for the series itself – edging away from its own fantasy roots and into something grimier and less black and white. 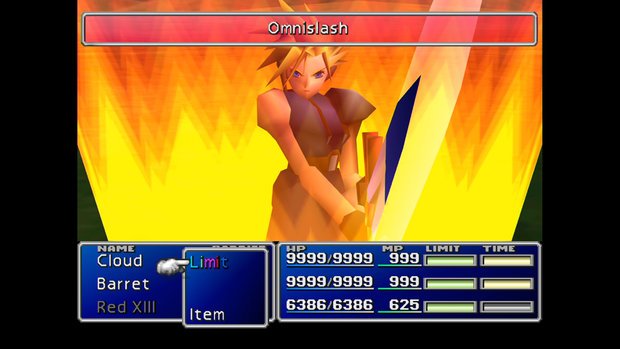 If all of this sounds too heavy for some, rest assured there is plenty of levity to be found in Final Fantasy 7.

Between racing Chocobos at the Golden Saucer, or softer moments between characters reminiscing about simpler times, there is plenty to warm the cockles of your heart among all the silliness and oversized-sword swinging.

Some moments haven’t aged as well, such as the infamous Don Corneo scene which sees our hero dress in women’s clothes.

Nobuo Uematsu’s superlative score remains as captivating as ever, with the rock-opera inspired “One Winged Angel” and the more pensive “Aerith’s Theme”.

Even today, such arrangements evoke a thousand memories and are likely to create new ones for those that haven’t played before, and in the emotional moments where Cloud’s blocky character model can’t convey his emotions, the soundtrack does much of the heavy lifting.

Unfortunately, Final Fantasy 7 on Switch is another example of Square Enix’s disappointing porting.

The game is actually a version of the mobile release of the title, and while quality of life improvements such as the removal of random battles or the addition of instant limit-break attacks make it very possible to finish the game in less than the previously accepted 35 to 40 hours, it also introduces a host of issues.

Whereas Final Fantasy 9’s Switch re-release felt stretched on larger TVs, here the pre-rendered backgrounds (as stylised and instantly recognisable they are), look muddy even on the handheld screen.

Localisation is muddled in places, which certainly offers a unique charm, but what is harder to forgive is the audio issues that have been patched out of other versions of the game – as with Final Fantasy 9, leaving battles leads to resetting of the world theme.

This may seem a small issue, but those playing with random battles will soon find their tedium reaching fever pitch.

There’s also a new issue of the game displaying a black screen prior to a cutscene, which is disappointing considering how seamless these transitions were in 1997. 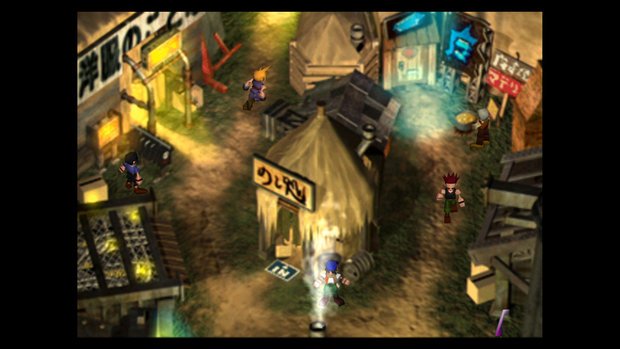 All in all, then, Final Fantasy 7 is still worth playing in 2019. Its legacy is undeniable, and as we wait for more news on the Remake, we can look back at the original which is now available on every current console. There’s a reason Cloud and Midgar appear in Super Smash Bros – they, and Final Fantasy 7 as a whole, are true icons. Unfortunately, this piece of history hasn’t received the port treatment it deserves just yet.