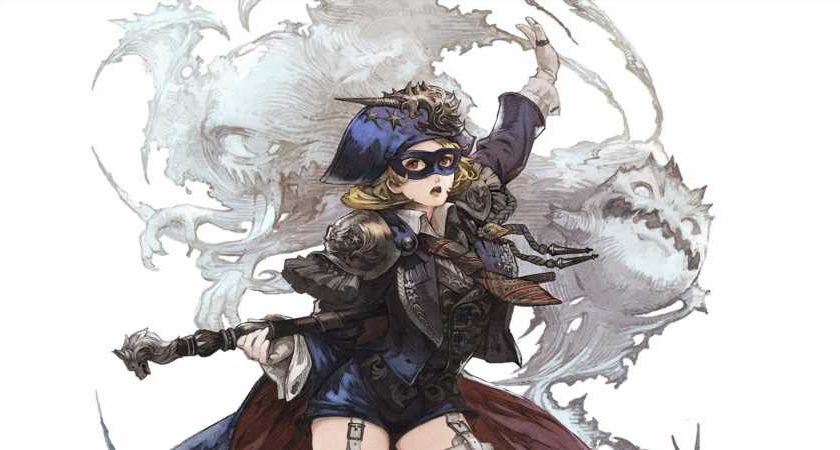 When it comes to Final Fantasy 14, I’ve (almost) done it all. I’ve conquered every primal’s extreme version, beaten every savage raid, completed tons of Relic Weapons, endlessly farmed for rare mounts and minions. My list goes on, but there hasn’t really been any content in Final Fantasy 14 that I haven’t at least tried – except for Blue Mage. Since the debut of the bizarre job, I’ve done nothing but roll my eyes at any mention of it. But I’ve spent my last week in-game as a Blue Mage, so now I’m here to say I’m sorry to the Final Fantasy 14 dev team – the role is actually incredible, and we need more content like it in Endwalker.

It’s been a couple of years now since Blue Mage arrived with one of the final patches to Stormblood. I remember when they announced it, turning my nose up at the idea while my friends rejoiced. I think everyone was mostly happy to see a Final Fantasy classic make its way to FF14, but I couldn’t share the same optimistic vision Yoshida described during his Live Letter speech. You see, Blue Mage doesn’t fit into the normal meta. You can’t queue into regular duties without a premade group, you can’t do current content synced with it, and you can’t learn or use abilities in the classic FF14 way. I figured all of this was a recipe for some of the game’s most boring content yet. It’s not. I’ve got egg on my face, but I want to tell you after my years of passing it up, I love Blue Mage. 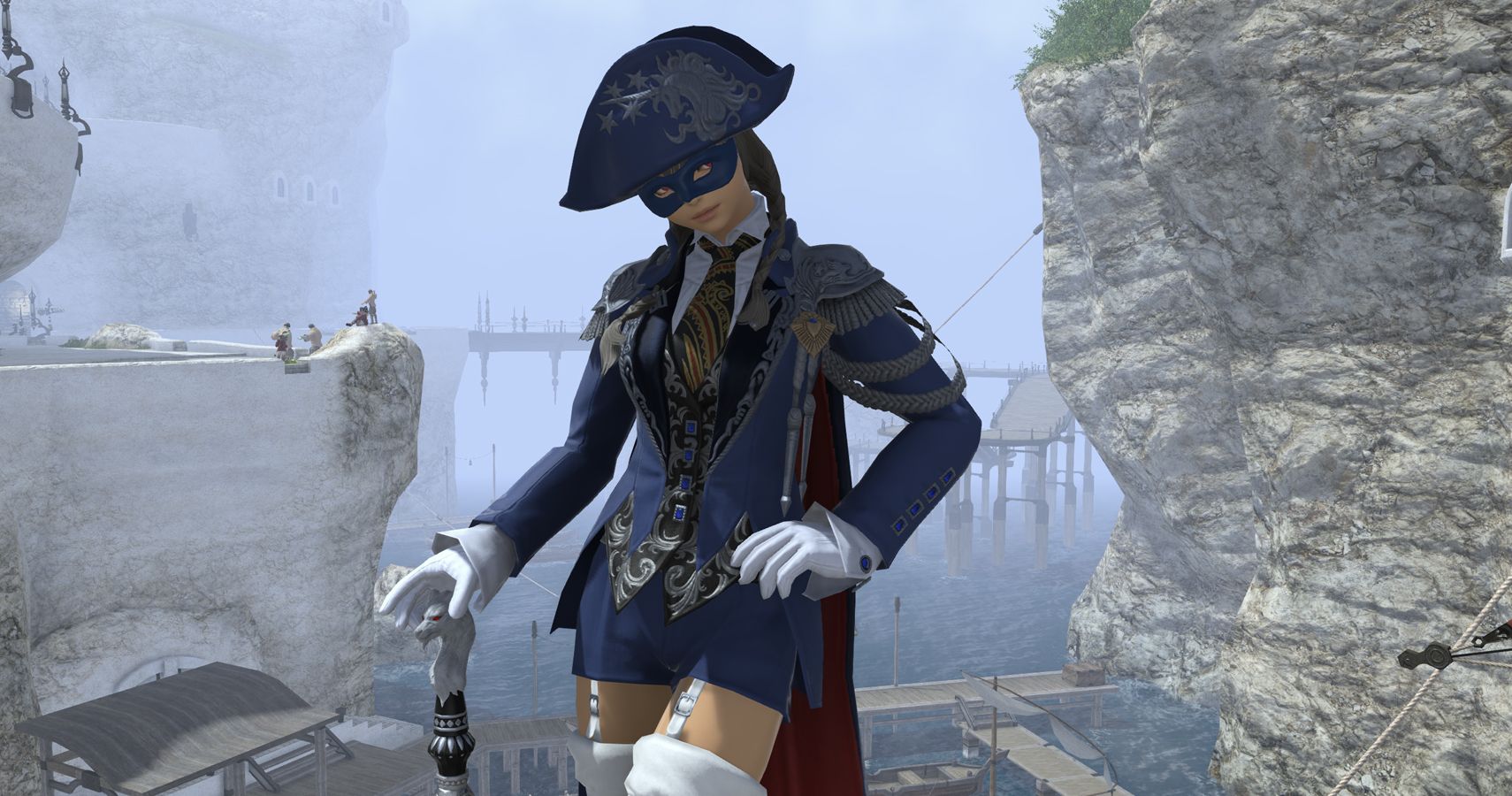 Almost all of my battle classes are at max level now, sitting happily at 80. I’m running out of things to grind out. When I raised the idea of working on my alt, an FF14 friend suggested, “why not Blue Mage?” Absolutely not. Under no circumstances, I thought. I protested, reluctantly swapped to the class after everyone logged out, and went to hunt my first monster. On Blue Mage, you have to smack around an enemy until they use the skill you’re trying to learn. Once you’ve seen it, you can go ahead and finish them off and pray to Hydaelyn you acquire the skill. My friends went to bed hearing my rantings about how boring that sounded.

Suddenly, it’s daylight, and I haven’t slept. I have acquired skill number 60, and the same people who went to bed hours prior are now asking me what on earth I’m still doing up. I’m leveling Blue Mage, of course, my new favorite thing to do in FF14. In the hours that have passed, I have been grinding for the best abilities, working towards completing Carnivale, and found another group of people like myself I could farm new skills with.

My problem with MMOs that reject the trinity like Guild Wars is that they often feel like they come with a sacrifice to actual raid mechanics. You end up just wailing away on bosses with spongey HP bars, and everything feels a little hollow. I figured that would be all of the content on Blue Mage, but it’s not. I think the job is best described as a puzzle. Even though you can spec to specific roles like DPS, Tank, and Healer, you still sort of have to let go of your idea of the classic MMO trilogy, but not at the cost of depth and strategy or losing those things altogether. Blue Mage has abilities that function with such a vast difference than what I’m used to playing on my usual DPS of choice, like Bard or Dancer. I can use combos that feel like they borrow from all three roles and combine them into something unique to survive mechanics and do tons of damage. 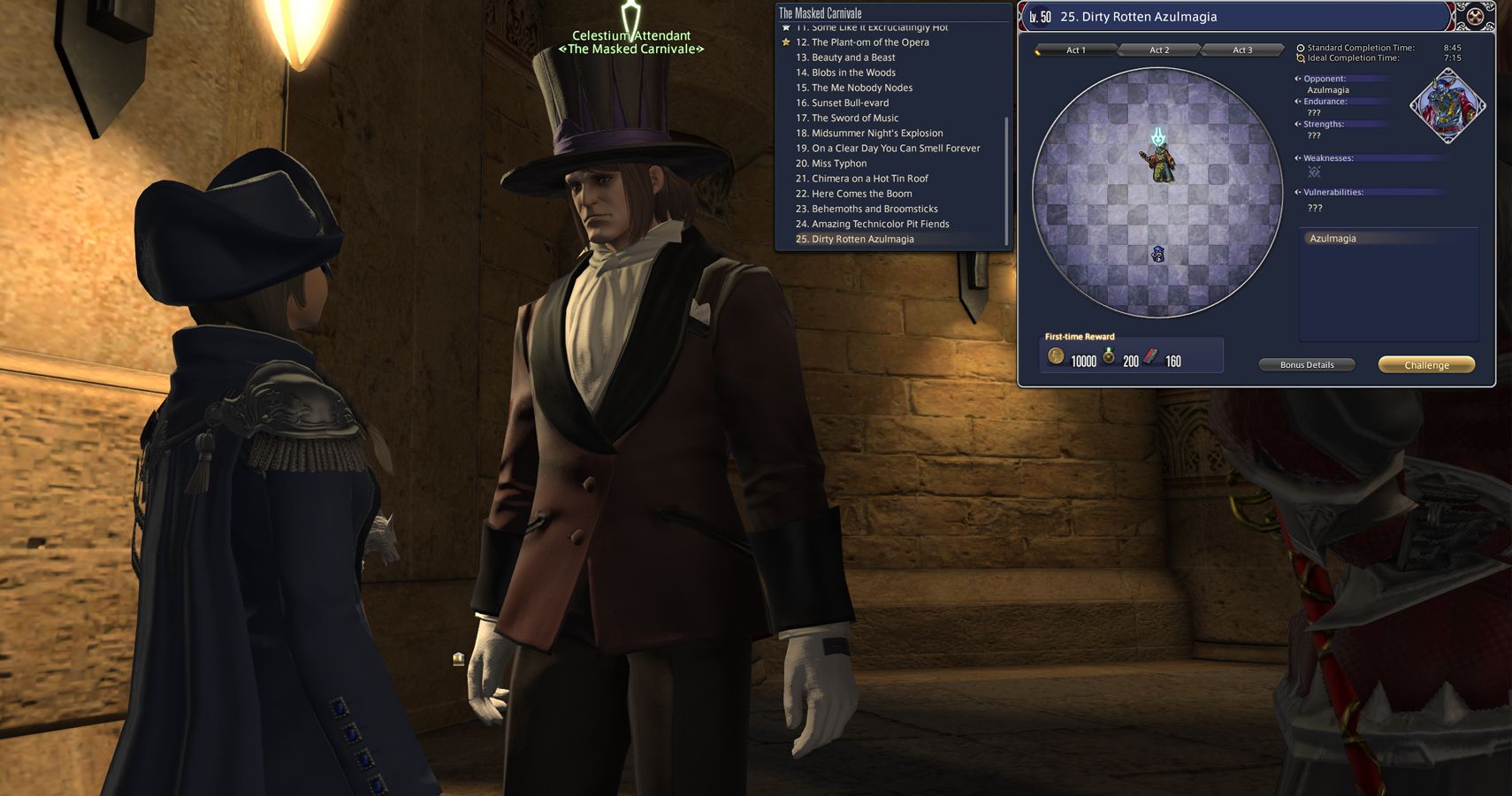 And outside of adding a new spin to old raids, I love The Masked Carnivale. Like the other roles you’re used to, Blue Mage has its own job quests, but with an added flair. You’ll participate in Carnivale for new Blue Mage abilities and other rewards, but this is all solo content. When I say Blue Mage feels a bit like a puzzle, I think this is where those aspects really shine.

In Carnivale, I ran into one fight where the enemies exploded, but I needed them to die in very specific places in the arena. So, I traveled to La Noscea to find a Cane Toad to learn Sticky Tongue from. With that new ability, I could position the exploding enemies where I needed them on the map for my Carnivale fight, and make quick work of other monsters that spawned. While it’s not as impressive as the things you’ll pull off in a savage raid, Blue Mage still adds depth to single-player FF14 combat that we just haven’t had before.

We’re two expansions into Blue Mage now, so I figure some of you aren’t quite as smitten with the job as I am anymore. Perhaps had I not dismissed it at launch, I would be tired of it too. Regardless, I’m praying the launch of 6.0 isn’t the end of content like Blue Mage. Even if we see the class retire, I hope FF14’s team finds a new way for these limited, special use jobs to iterate on old content and bring these ideas into Endwalker. 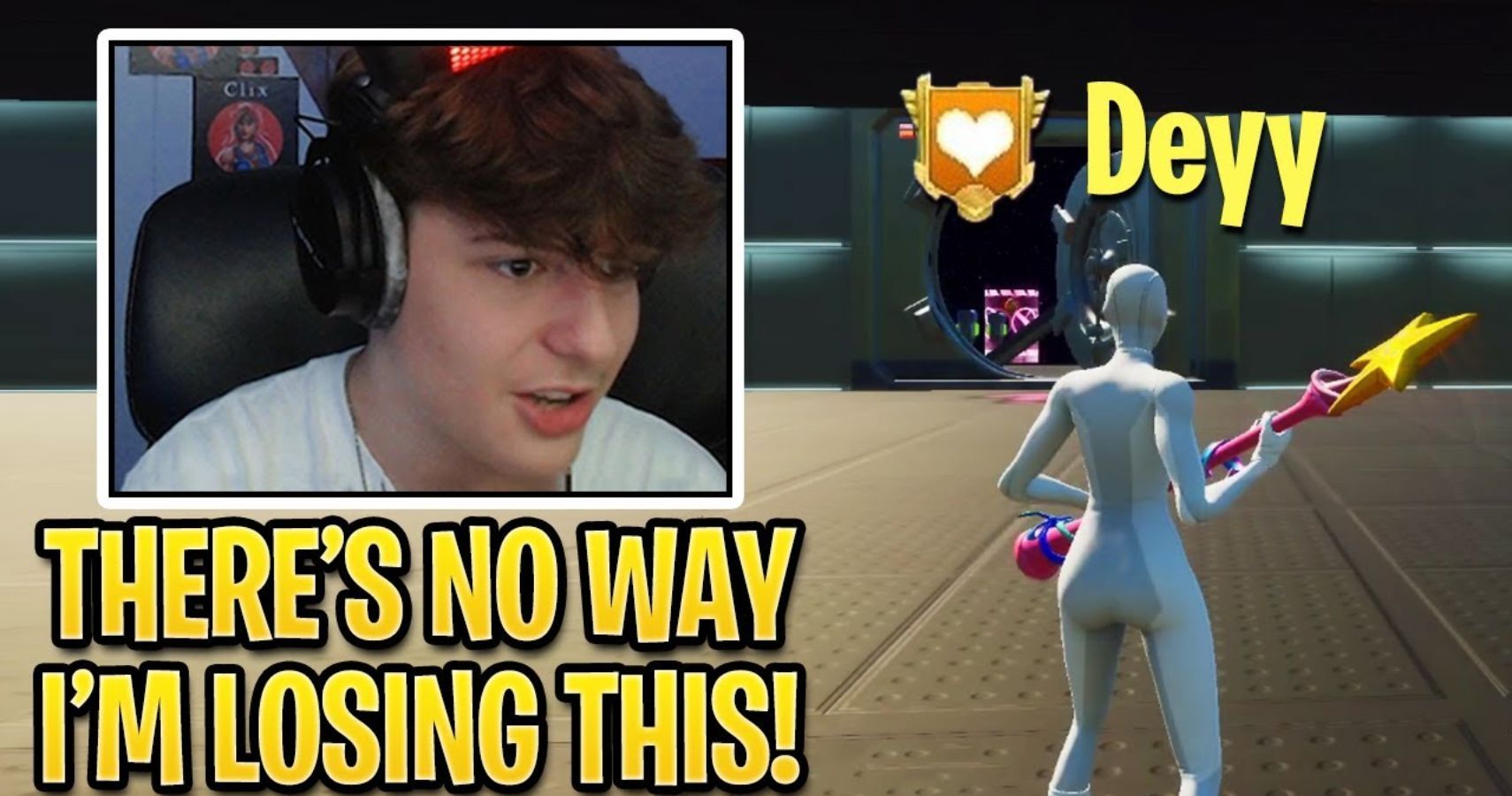