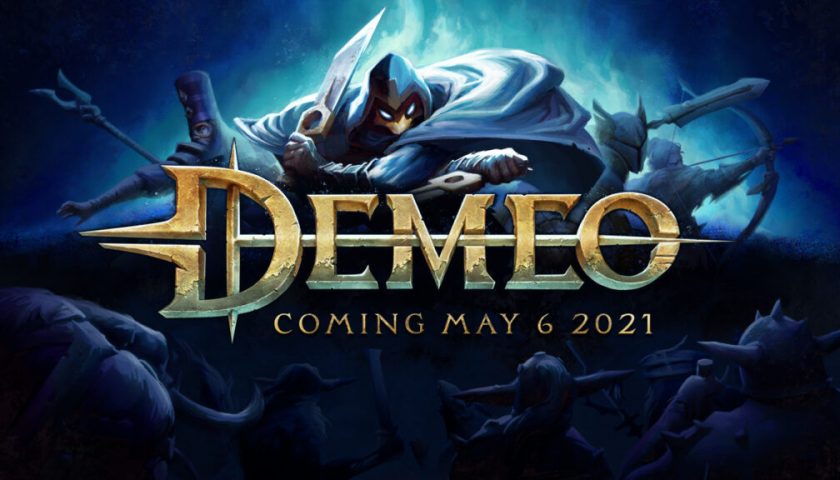 Table-top gaming in virtual reality (VR) works exceedingly well – just look at Catan VR – and soon Resolution Games’ Demeo will be added to that list. Today, the studio has announced that Demeo will see a multiplatform launch next month.

Revealed for the first time back in December 2020, Demeo allows up to four players to engage in a dungeon quest, each taking their turn to explore the dangerous hallways and rooms then working together to defeat any foes they encounter. Players can assume one of four roles, an eagle-eyed hunter, a mystical sorcerer, a deadly assassin or a protective guardian each bringing their own unique skillset to the team. The end goal is to set the Mad Elven King free.

“We knew that RPG fans were going to love Demeo, but we had no idea just how excited they would be until we released its gameplay reveal trailer last month,” said Tommy Palm, CEO of Resolution Games in a statement. “It has been so fun hearing from players all over the world about how excited they are to get their hands on the game and experience their beloved tabletop game nights again with their friends after a long year apart. Demeo is going to be unlike anything available in VR today, and we can’t wait for players to take on the dungeons of Demeo on May 6.”

To emulate that table-top gameplay experience players will have to role roll a die so they can move and plan their group strategy. Hidden in the dungeon are treasure chests which contain special ability cards to augment actions. These can heal players, freeze enemies or launch fireballs at opponents.

To ensure as many players as possible can access this co-op focused experience Resolution Games is not only making Demeo cross-platform between Oculus Quest and PC VR headsets but also non-VR players. This will be a first for the studio with the PC version arriving later this year.

Demeo will arrive for Oculus Quest and Rift, HTC Vive, Valve Index and Windows Mixed Reality on 6th May 2021, retailing for $29.99 USD on their respective stores. This will be Resolution Games’ first VR title of the year having released Blaston, Cook-Out: A Sandwich Tale, Glimt: The Vanishing at the Grand Starlight Hotel and Wonderglade in 2020. VRFocus will continue its coverage of Demeo, reporting back with further updates.