It’s no secret that fans have been clamoring for an N64 Classic to follow Nintendo’s popular NES and SNES Classic consoles. However, YouTuber Madmorda has skipped the 64-bit console and jumped right to the following generation with a “GameCube Classic.”

The miniaturized console actually uses a Wii motherboard, since it’s smaller than the GameCube’s and has backward compatibility. Madmorda then trimmed the motherboard down to the size of a GameBoy Color cartridge, which she details on her blog. The four controller ports are compatible with GameCube controllers through a headphone jack adapter, but the console is also compatible with the Wii U and Switch GameCube adapter through a USB port. There’s also a USB port for game data, serving as the memory card. For the console’s shell, Madmorda found an old gummy candy case in the shape of a GameCube.

The project took around nine months, and the work to fit all of the necessary components into this tiny gummy case is insane. Even the Wii motherboard wasn’t small enough to neatly fit in the case, so Madmorda had to cut parts of it and reassemble it like Frankenstein’s monster. 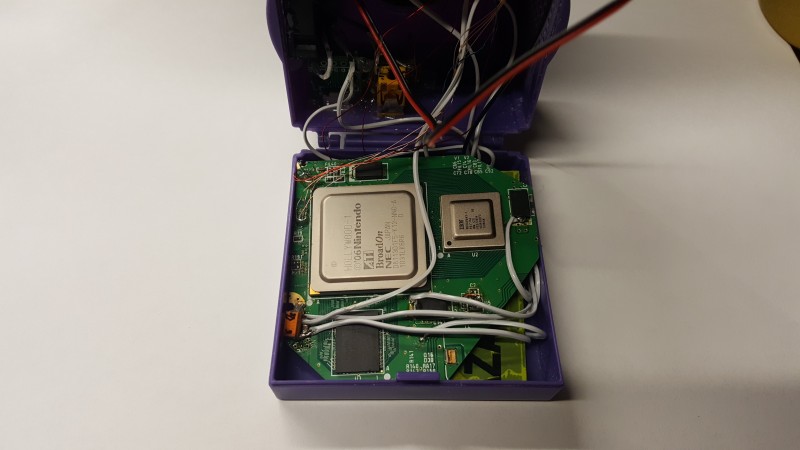 The final product definitely seems worth the work, however. The tiny console can play any GameCube game without lag, has a working power button, and features an orange LED light showing when the console’s powered on. Nintendo, take notes.