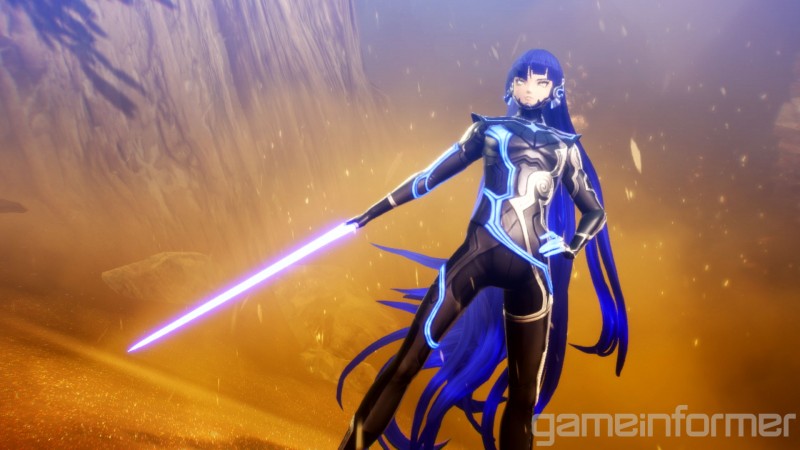 Shin Megami Tensei V has been one of the most anticipated Nintendo Switch RPGs since it was announced in 2017, and now that it finally has a release date for later this year, we’re getting more information and better looks at the characters, story, and action.

The newest entry in the Shin Megami Tensei series looks to leverage the improved hardware of the Nintendo Switch while remaining true to the series’ roots. You step into the role of a third-year student living a typical life in the dorms of Jouin High School in Tokyo, Japan. On his way home from school one day, the protagonist and his classmate decide to cut through Shinagawa train station, only to find the path is blocked off due to a murder incident. The two become separated and the protagonist enters a tunnel in an attempt to find his friend.

Unfortunately, the tunnel collapses, knocking him unconscious. When the protagonist wakes up, he’s in the middle of a desert and is being attacked by demons. As he runs for his life, a mysterious being named Aogami offers to help him. The protagonist unites with the mysterious savior to become a Nahobino, a being that isn’t human or demon. Now, with the power to fight back against the demonic forces, the protagonist travels back to Tokyo, only to find it barren and called Da’at. Now, deities and demons duke it out in an ongoing fight for survival. The protagonist must figure out what happened to Tokyo and what it means to be a Nahobino, all while battling against and alongside the gods and demons he encounters. As the protagonist progresses through the story, he will be tasked with making difficult choices that can lead to different endings to the story.

After becoming one with Aogami, the protagonist gains several abilities. The protagonist retains control over his body, but Aogami guides him with his voice. Together, the two have the power to take on the demons that threaten them. Some demons may offer their friendship to the player through negotiation, while others will challenge the power of the Nahobino. If you do manage to get a demon on your side, you can visit Sophia in the World of Shadows to create the strongest demons through the fusion mechanic. More details will be revealed on that mechanic in the future.

Throughout Da’at, players will encounter massive monsters, mythological deities, and fiends the size of mountains. The adventure features more than 200 demons, including a collection of classics like Jack Frost, as well as several new creatures from the mind of character designer Masayuki Doi. Some of the demons players will encounter include Amanozako, Daimon, Angel, Fionn mac Cumhaill, Mermaid, Molek, and Arioch.

Check out the full gallery of screenshots below.

Shin Megami Tensei V arrives on Switch on November 12. Stay tuned in future months leading up to that launch date as we provide additional exclusive screenshots and information about the highly anticipated RPG from Atlus.