There is something really fun about stories set on a distant planet. The Mass Effect series was one of the most prominent examples of otherworldly gameplay. Mass Effect 2 has been called by many as one of the greatest games of all time. This is where Everreach: Project Eden comes into play. Everreach is a game clearly inspired by the Mass Effect series, even featuring different dialogue options. Everreach: Project Eden can be a fun third-person shooter, but its lack of polish prevents it from being a high recommendation.

In Everreach: Project Eden, players control Nora Harwoord, a security specialist. Nora has access to two guns: the rifle and pistol. She can dash, but has a stamina meter. Most of the time will be spent defeating enemies and machines, but there are hoverbike sections as well. The game is part RPG, and that comes into play with upgrades and the skill tree. Upon defeating enemies, Nora gains XP, eventually allowing her to upgrade Strength, Agility, or Intellect. The skill tree has numerous options, from increased sprinting ability, to enabling a force field. 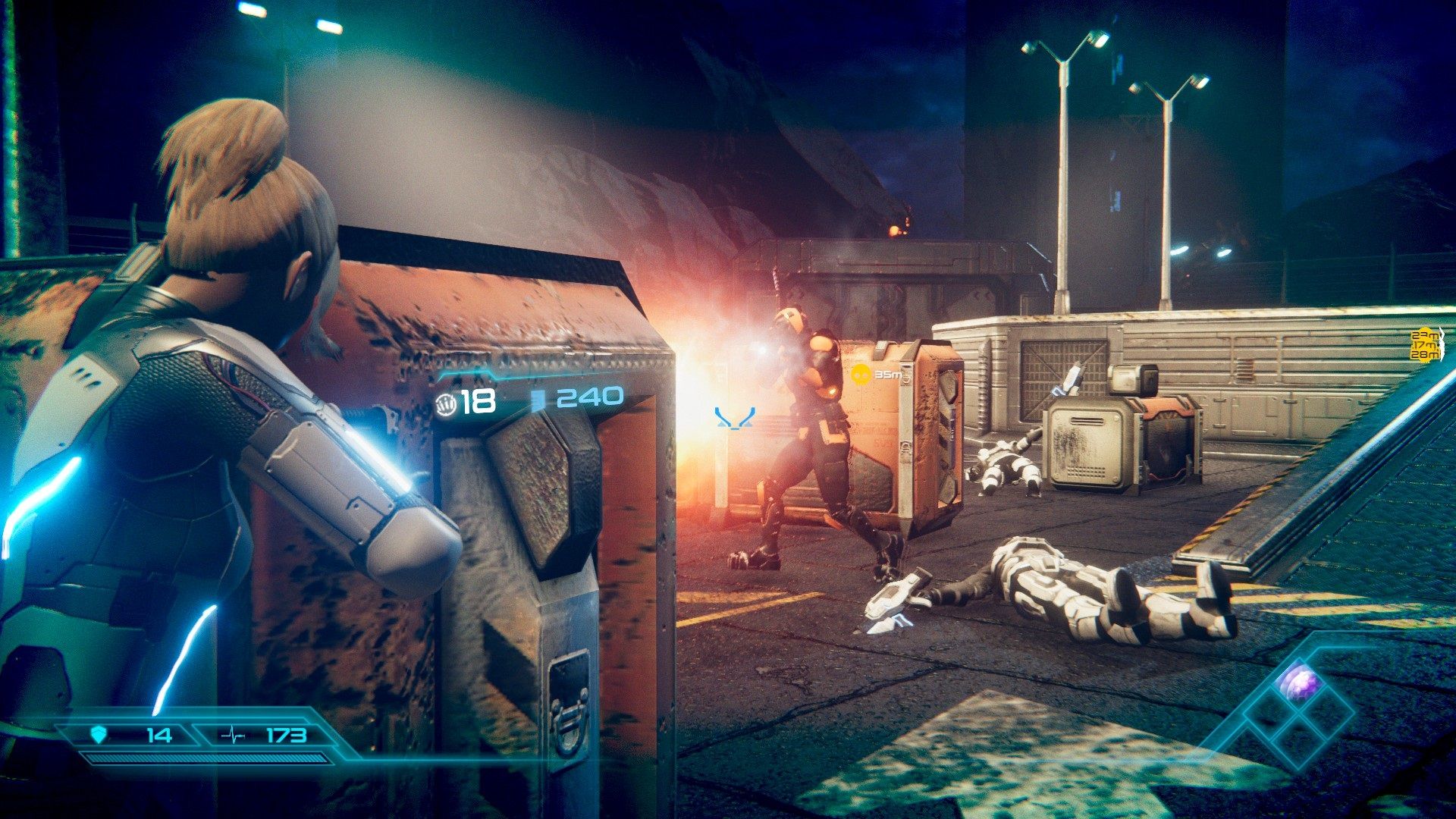 Those who like strategic shooters will enjoy some of the gameplay in Everreach. Most of the time, running in and shooting like crazy is not advised. Nora does have regenerative health and shield, but enemies can still deplete her quickly. So, much of the game requires careful strategy. One of the missions is going to three locations, getting through some soldiers, and acquiring part of a password. These soldiers can do massive damage, so players are encouraged to carefully take them out, and rush in when there’s a good opportunity. Ammo is not unlimited either, adding another layer of strategy.

In one area, Nora is in a large, interconnected place with enemies. Strategy is key, such as hiding behind a crate or corner. As for the hoverbike sections, the first time it was utilized was excellent. It was intense dodging attacks, and falling wreckage. This is replicated with twice the intensity toward the climax.

Upgrading from the skill tree is a fun process, providing incentive to open the (rather not subtly hidden) crates on the map. However, there’s a good chance only half the upgrades will be filled out by the time players get to the end. 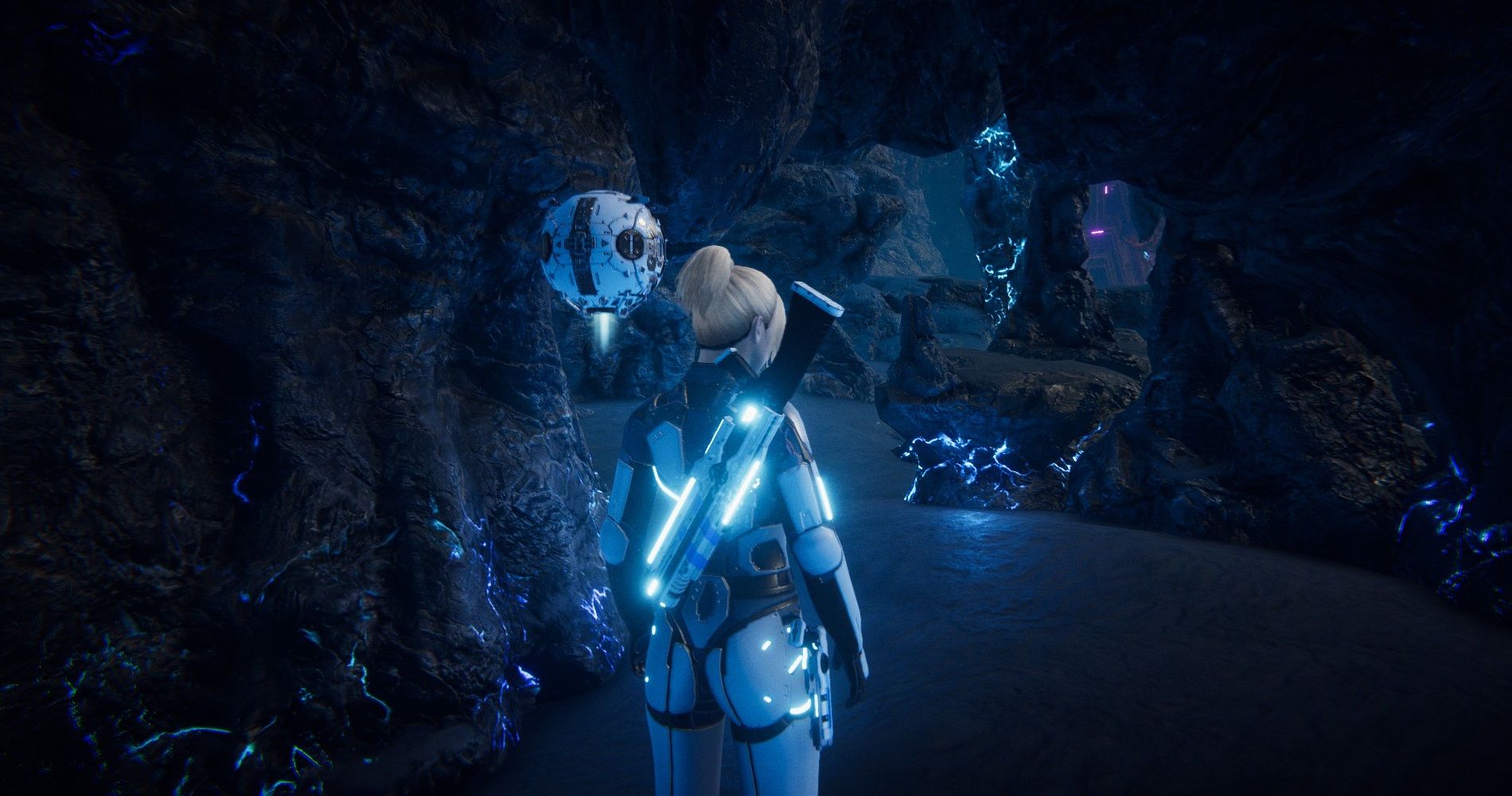 The art design does a great job creating the feel of an alien planet. The lush forest areas look otherworldly, and the desert does not look like something found on Earth. As for the characters, Nora is a likable protagonist. The big highlight, however, is 73-Q, a robot with a personality malfunction. Its attempts at jokes and meaningful dialogue with Nora makes their interactions fun. The game’s story takes an interesting turn in the latter part. Players can explore a station and listening to the audio logs about what happened.

One of Everreach’s biggest highlights is its epic soundtrack. It is not hyperbole to claim it’s one of the best soundtracks to come out of 2019. The music ramps up in certain sections, providing an exhilarating feel.

Not A Fully Polished Title 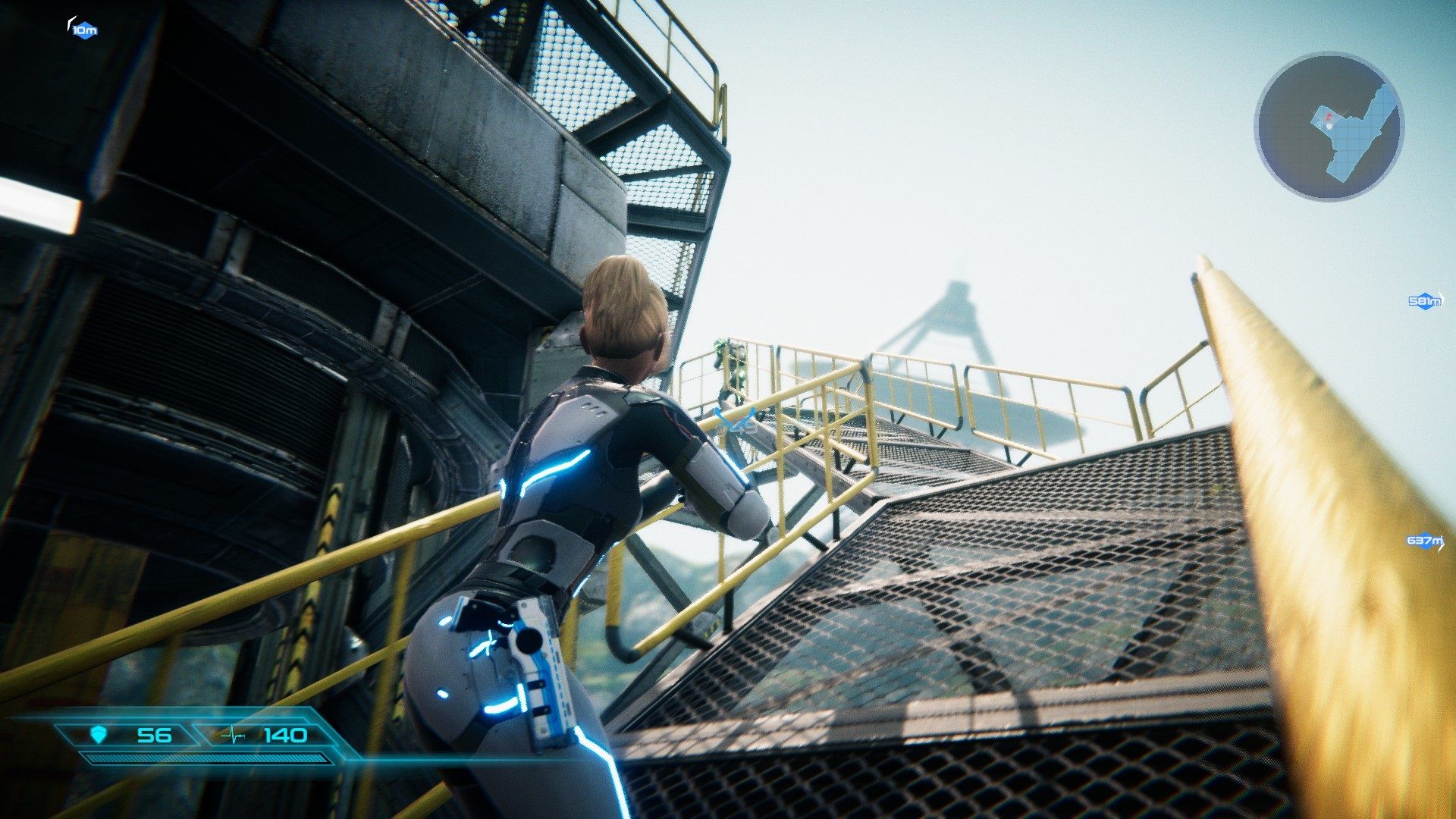 Everreach lacks polish. The gameplay isn’t as fine-tuned as in something like Mass Effect 2 or Halo: Reach. For example, the enemy AI can be extremely poor. You can be shooting an enemy, and he does nothing but stand there. Also, it can be annoying when Nora gets stuck in the environment. Those who are used to incredible gameplay experiences like 2016’s DOOM, will not like Everreach’s lack of polish. This also applies to the wobbly character animations in cutscenes.

Everreach uses a checkpoint system. This doesn’t have to be a bad thing, but checkpoints are widely spaced, making redoing some sections frustrating. The hoverbike might also be a source of frustration for some. The vehicle takes an absurd amount of damage when hitting things, so a later mission when traveling around in it is necessary can be a grueling task rather than fun.

Not every game needs boss battles, but Everreach could have benefited from them. At least, the climax needed one. Though the climax is interesting with a choice to be made, it could have used one final punch. Sadly, the ending is not satisfying.

Wait For A Sale 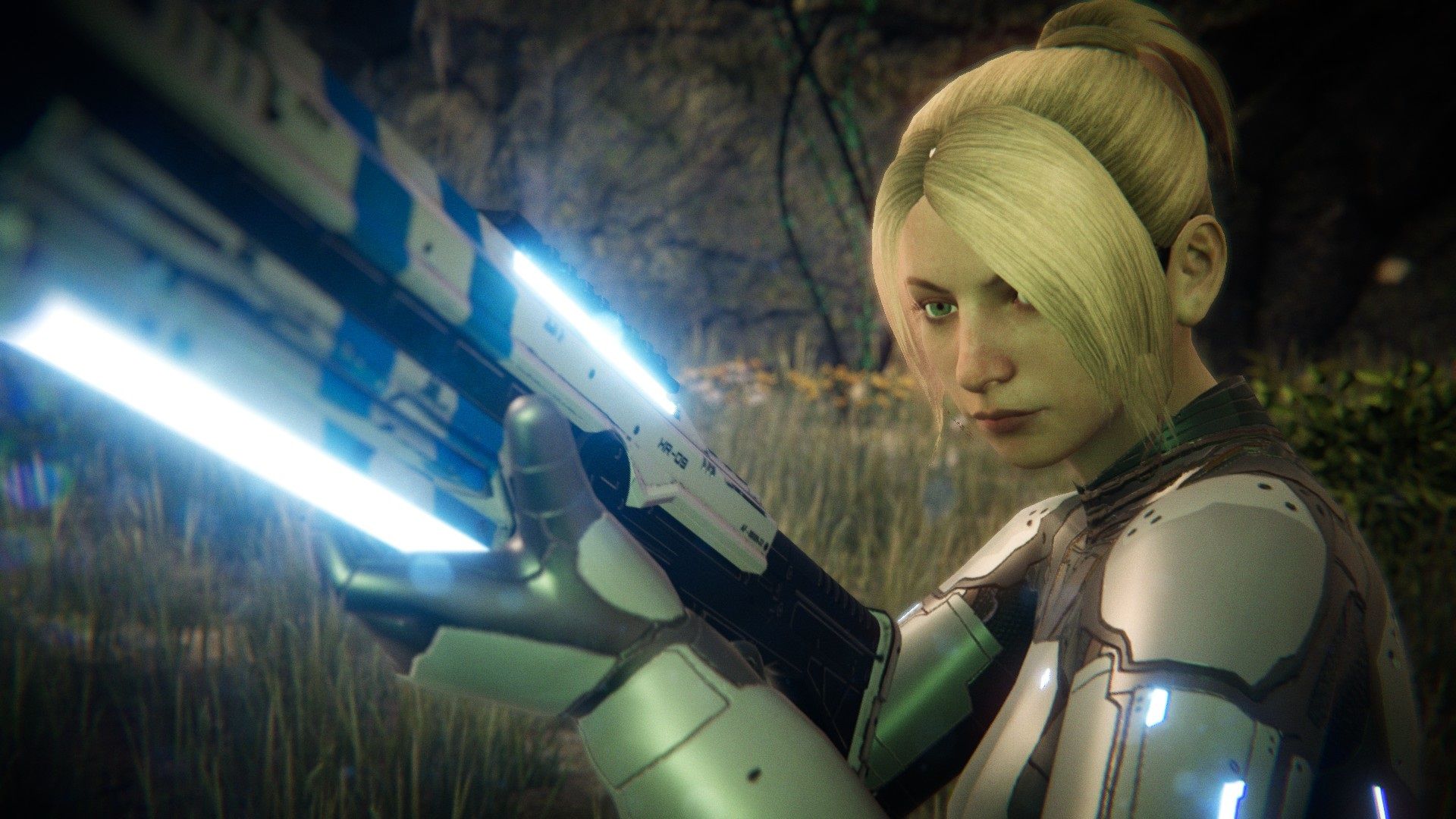 Everreach: Project Eden is not a terrible game. There’s certainly some fun to be had. Combat is strategic, and the music elevates the gameplay. Fans of Mass Effect and third-person shooters set on an otherworldly planet should find things to enjoy. Sadly, the game needs a coat of polish. If it’s ever on sale, it might be worth checking out. But for $25, there are other better-designed games to pick up on Steam.