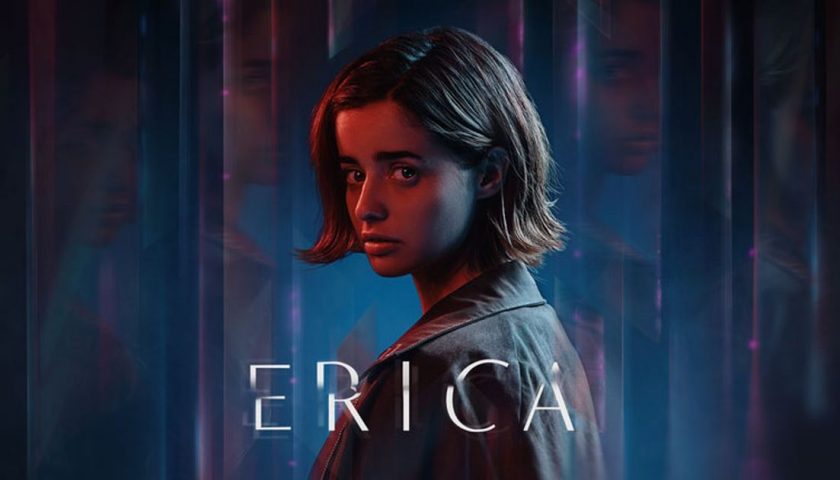 But with the film-like aesthetics, comes the expectation of film-like substance. And while Erica is the sort of thriller you would expect to fill the bestselling book section in every British airport of the summer, with all the intrigue, twists it comes with, some strange plot holes and issues with storytelling do emerge the more you think about.

Without spoiling anything, the narrative branches through a mystery centring around Erica and a mental health hospital that her father founded.

There is a certain risk when it comes to interactive mysteries, as players can often become frustrated with their options and want to go down paths that don’t exist. And some parts of the narrative just don’t quite make sense as you begin to pick them apart, and fans of detective fiction will immediately find holes in the police procedure through the game.

The parts that don’t quite work are obviously the consequence of the branching narrative, where some information is kept down certain paths. But it can make the relationship between characters feel insincere and artificial, if the player misses certain moments. This mostly seen between Erica and Blake, whose personality can be more or less buried for the entire story if the player makes certain choices.

It's an annoying, but not uncommon thread in interactive storytelling from Call of Duty to God of War. Erica does escape some of this though, by having multiple routes to follow. One big twist I thought I had uncovered never materialised in the final act of the game. Had I chosen different paths throughout Erica it would have been much more vital at the end.

However, the biggest let down in the game is that you cannot load to a specific point. Of course the game will always be more enjoyable when played as a whole, sometimes you just want to reload and see what happens if you make a couple different choices. This is even more true when some decisions made right at the end of the game could be the difference between a good and bad ending, and there is no way to correct it except playing the entire game again.

That being said, the story is so fast paced it’s hard not to get wrapped up in the drama of it all, at least on your first playthrough. The acting, and camera work are solid throughout, and really draw you into the story as you descend into the conspiracy surrounding Delphi House.

On top of that the tactile feel of the game is more than just an advertising strategy. The game pairs the haptic control scheme with incredible audio and remarkable close ups to create a genuinely sensory experience.

One example, an early moment in the game has Erica drawing with pencils and the sound of the granite scraping against the paper, matched with your finger waggling is unlike anything in other story-driven games.

At these moments the design decision to use nothing but the touchpad, and an app that has apparently not been released yet, but sometimes it doesn’t work quite as well. Circular motions in the game don’t quite feel as smooth with the touchpad.

Instead you’ll probably need to swipe a couple of times in straight lines to complete the circle. Its such an incredibly minor issue, but when some of the controls are so visceral and satisfying, it’s a shame that something like key turning didn’t reach the same standard.

Despite these tiny criticisms, Erica is still an great game to experience, for its technical quality. The camera by necessity has to focus on extreme close ups but this not only lets you examine the facial expressions of the actors, but the texture of objects, from painting strokes, tiny tool marks on metal and folds in fabric. On top of that it also prevents you from getting a grasp of the layout of the rooms and buildings which adds a Shining like sense of distortion to the locations. And all of these delicately placed over an incredible soundtrack by Austin Wintory who once again delivers an incredible soundscape to match the game behind it.

If you take your time to appreciate the environment, and design of Erica, it comes in at around two hours long per game. And with a very reasonable price, an interesting albeit flawed story, and some incredible technical satisfaction it would be impossible not to recommend it. While there are better mysteries in both games and films, Erica occupies an interesting, less explored space between them. Its been lovingly crafted, and deserves to be experienced.

Erica is experimental in design, and because of that, some things just aren’t going to work out as well as you would hope. But despite both its big fault and barely noticeable flaws, Erica is an interesting, immersive and well-realised experience.