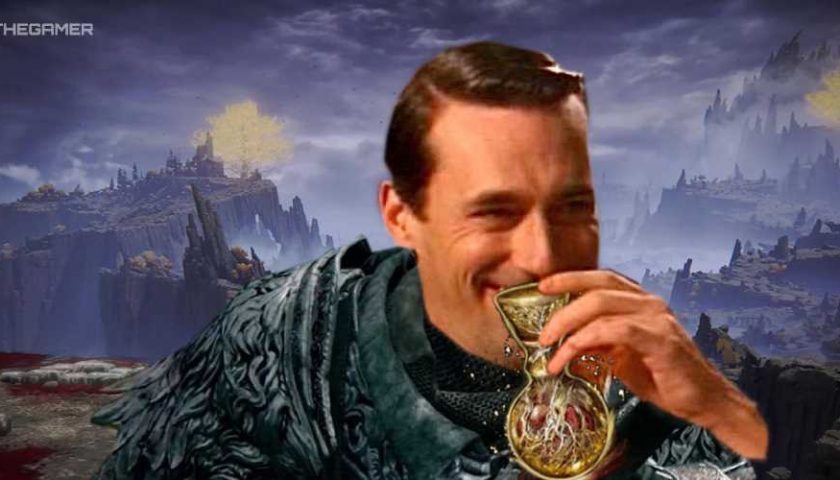 I’m a big FromSoftware fan. The worlds it creates are enthralling, hostile, and unbelievably rewarding to explore and overcome. The problem is, they often fall victim to their own harsh formula. There’s so much mystery and something to uncover around every corner, but it all comes at the risk of losing souls/blood echoes/runes/whatever they were called in Sekiro. Let’s just go with souls for simplicity's sake.

Soulsborne games typically feature gauntlets of enemies between bonfires – again, for simplicity’s sake, I’m going to stick to this rather than switching between lantern, site of grace etc. In the developer’s previous titles, you’d venture out from a bonfire in search of the next, a small flickering symbol of hope in their ever dark and oppressive worlds. The challenge lay in trying to get from one to the next with all of your precious souls intact, while also taking out everyone on your way. Of course, you could often just run past huge groups of foes, but where’s the fun in that?

The problem with this is once you run out of flask charges and ways to heal, there’s very little incentive to keep pushing on beyond morbid curiosity. Sure, you could slink into that hallway, or sneak a peek around that corner, but then if you die you’ve got quite the task ahead of you if you want those precious experience points back. You’re far better off just going back to the bonfire you came from, levelling up and buying new items, and then trying again, hopefully getting further before you run out of healing this time. 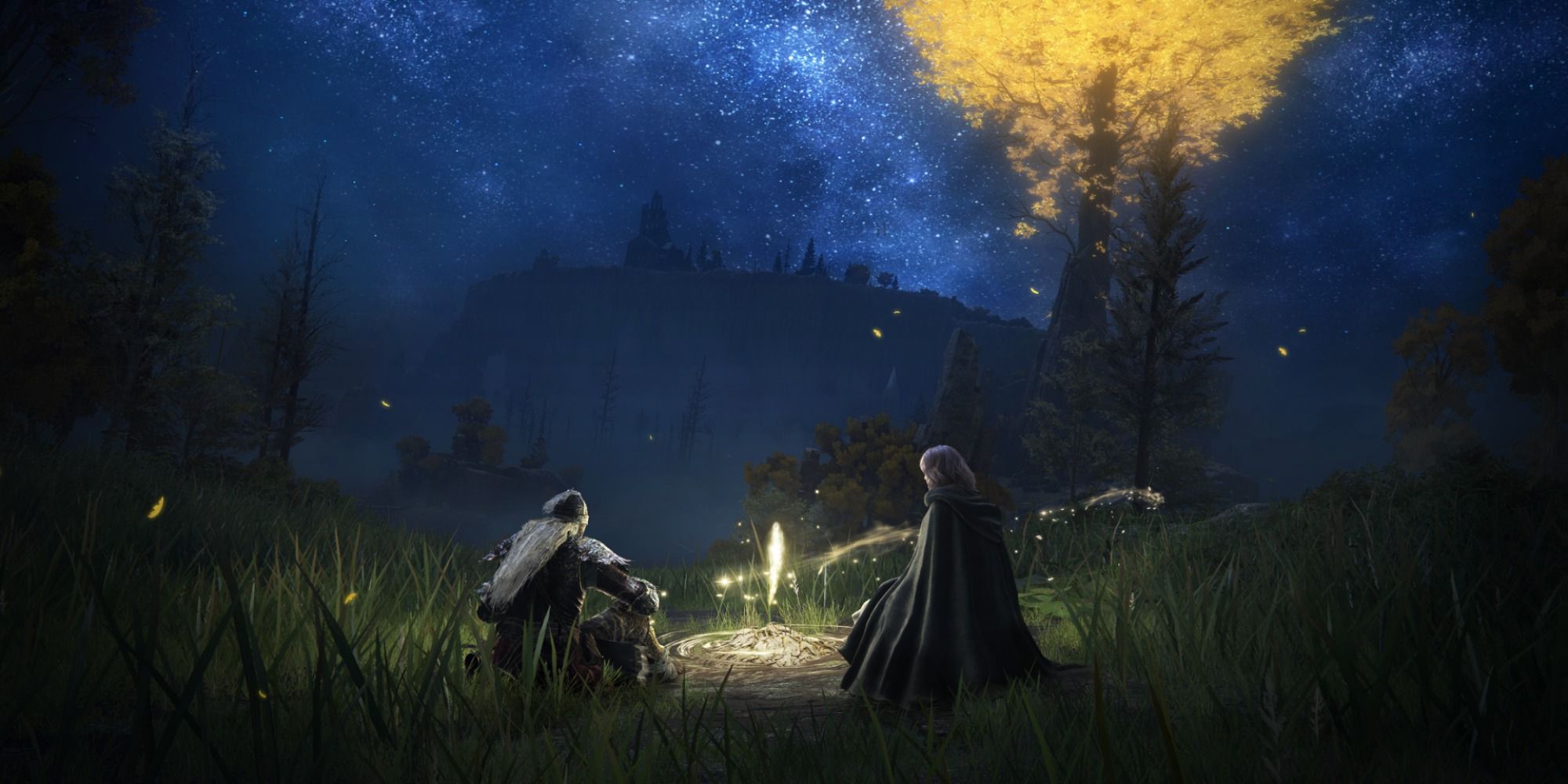 That’s still fun. There’s a real sense of satisfaction when you effortlessly clear an area that was giving you grief before, but with Elden Ring, the emphasis is on exploration, not just getting from A to B. It’s more about what’s in the lands between in the Lands Between than just hopping from safe zone to safe zone. But it’s not enough for the game to just tell you you need to explore, it has to give you the tools to do it well.

Fortunately, there are two ways to recharge your health and mana flasks. There may be more, but I’m a lowly tarnished only eight or so hours into my playthrough and so far I’ve only found two. They are: finding shining scarab beetles and killing groups of enemies. These are both genius methods as they emphasise the game’s most important aspects: exploration and combat.

Now, when I finish a gauntlet and have no flask charges left, I’ll stick around and listen for the shimmering sound of a scarab. It’s worth the risk of exploring a bit more because there’s a high chance I’ll find one along the way. Also, the new stealth mechanic borrowed from Sekiro makes it a lot easier to avoid enemies if I need to. Killing one of the beetles recharges a flask and means I can go a little bit further before heaving to head back. 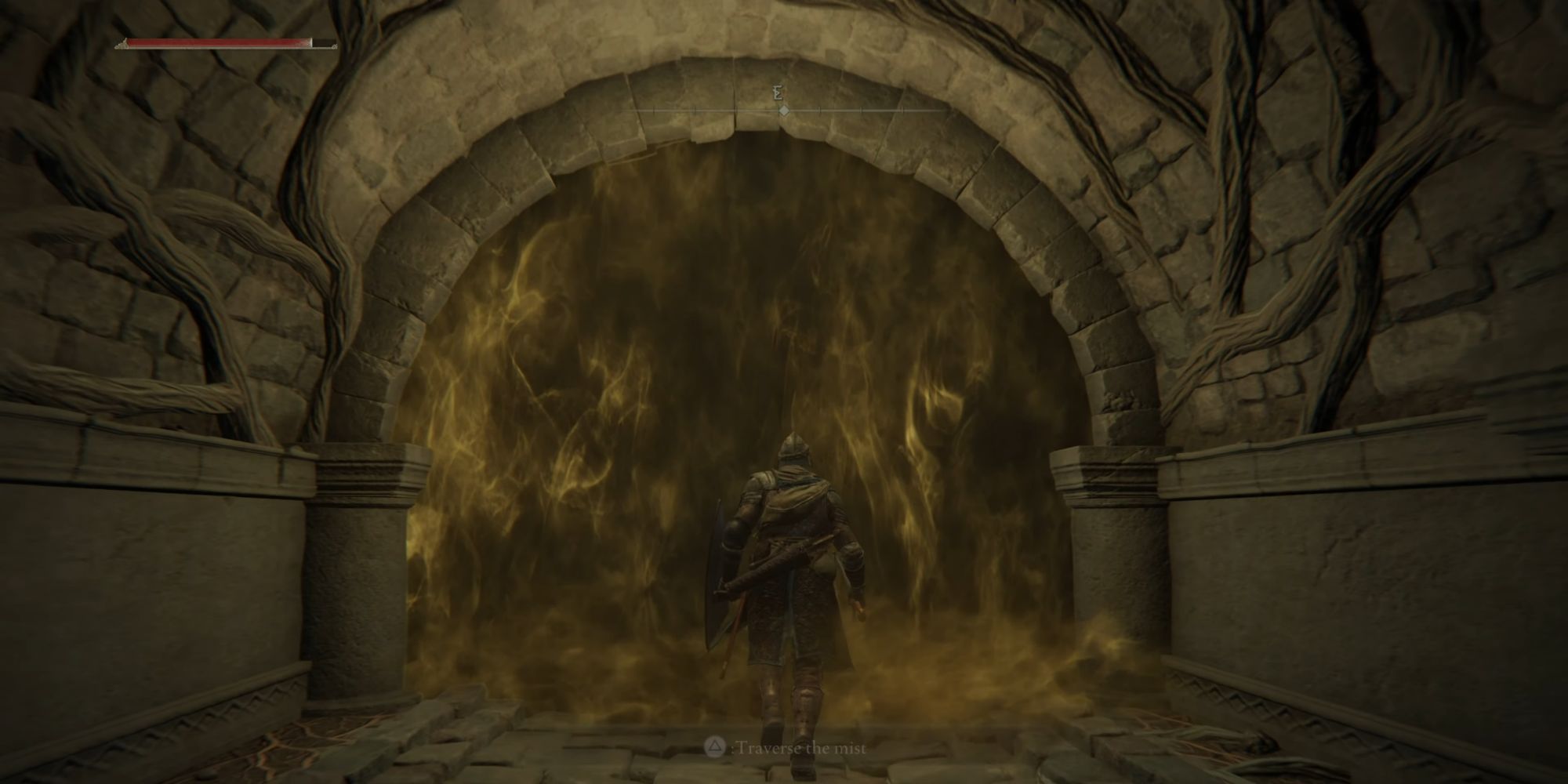 Killing groups of enemies can also refill your flasks. This does a couple of things. The first is it means I’m more liberal with them during skirmishes. Instead of running away with one charge left as insurance, I’ll fight until I die, because I know if I win there’s a high chance I’ll get some back. The second is now I’m likely to take on every group of enemies I see, even the small patrols that don’t give many souls. The chance of regaining flask charges and being able to press on further makes the potential future reward for these smaller fights much greater.

Exploration and combat, the backbone of Elden Ring’s open-world design, both feature ways to help you press on. It’s a lot more forgiving to new players, even if not all of them agree, and gives returning veterans new incentives to unlearn their old cowardly tactics and instead venture forth into the Lands Between. There’s got to be a maiden out there somewhere for a lowly tarnished like me.