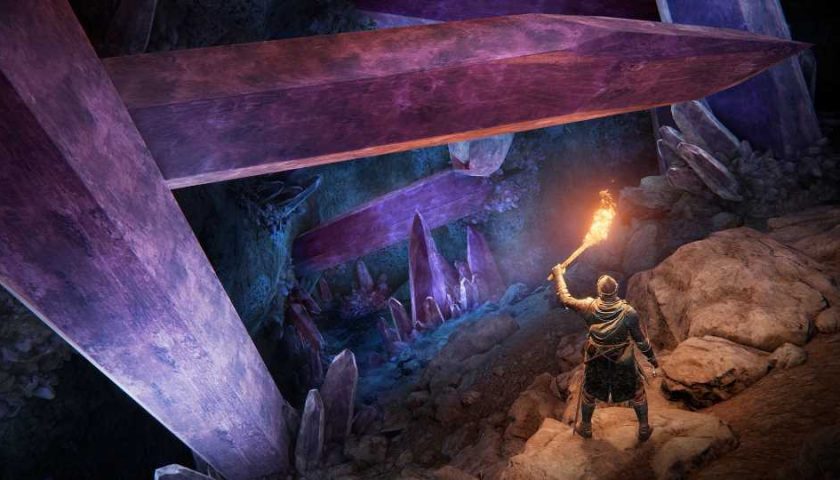 Early in Elden Ring you see a grand stone doorway illuminated by the ethereal glow of a magical tree. To the right, a dark, ominous-looking pit with a ghost slumped in a chair next to it. Talk to the spirit and it urges you to "take the plunge." When you play a FromSoft game, you go in with a certain amount of trepidation. If you're familiar with the studio's work, you know it loves playing tricks on unsuspecting players. But even if you're not, you're still probably well aware of its reputation for making punishing games.

If you assume the pit leads somewhere dangerous, perhaps to be tackled later, I don't blame you. Why would you trust some weird phantom and take a leap of faith into the unknown? The massive, eerily glowing door is clearly the path forward. That's what modern game design dictates. If something is conspicuous, it's where the developer wants you to go. Yet, hilariously, this scary hole doesn't lead anywhere dangerous—it leads to the tutorial. If you want to learn how to play Elden Ring, you have to throw yourself into it, literally.

There are a few ways of looking at this. One is that FromSoft is being wilfully misleading and cruel to new players. Another is that it's just really funny, which it is. But I think the most important lesson it teaches you, minutes into the game, is that Elden Ring wants you to figure stuff out on your own. This moment reprograms your brain to approach the game in a different way. You won't be led by your nose from place to place like in other open worlds; you gotta use your initiative, be brave, take risks, and leave your comfort zone.

A lot of modern games go to great lengths to keep you contained. Whether it's a map strewn with blinking mission markers, messages popping up reminding you to do stuff, or big shimmering walls stopping you from venturing too far away from where you're supposed to be. You never get lost, because getting lost is somehow considered bad game design—rather than an important part of exploration and discovery. There'll always be a carefully placed spotlight or flaming torch to lead you to the next important location. 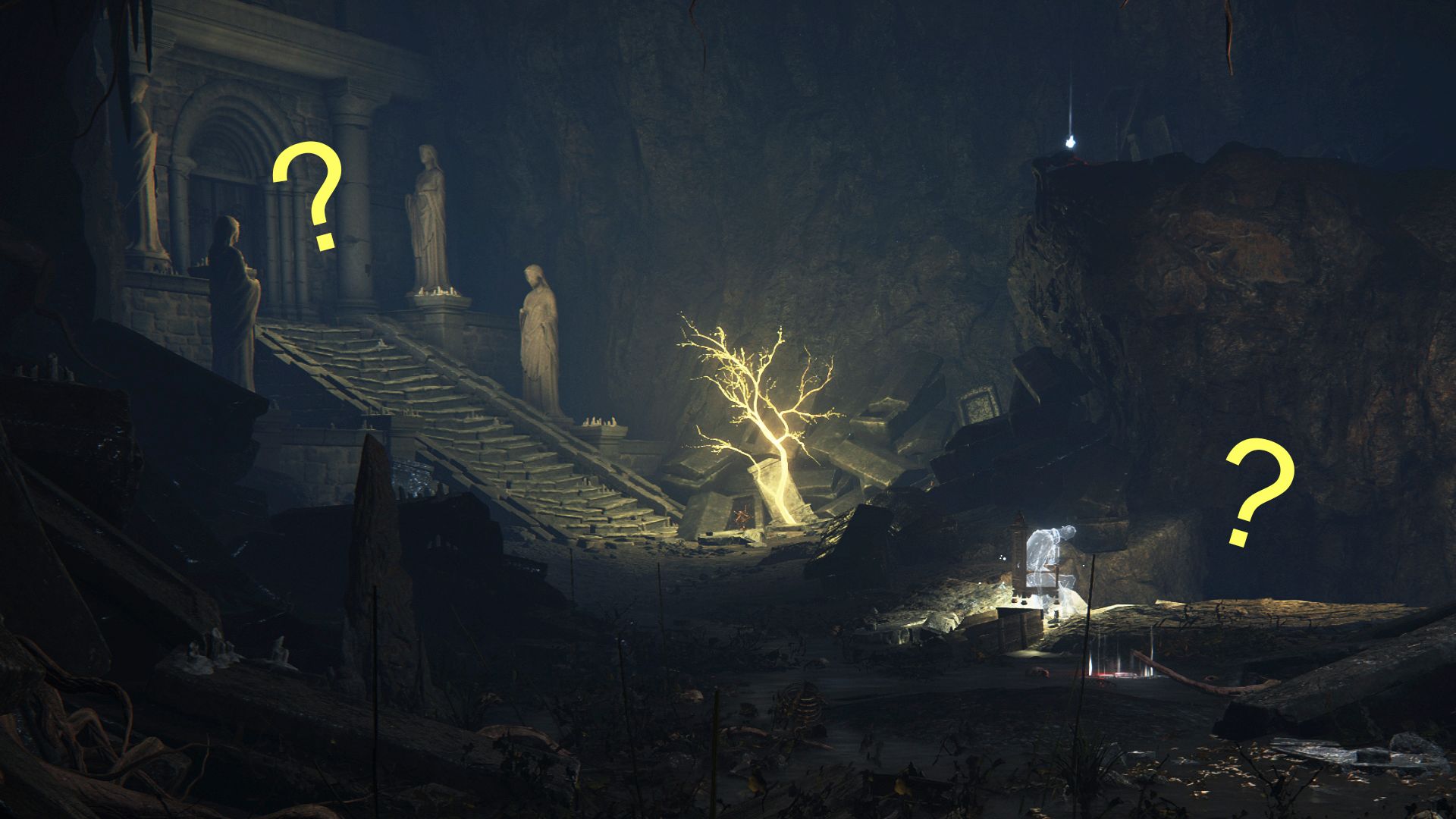 Elden Ring doesn't leave you totally in the lurch. A strand of golden light emanates from Sites of Grace, subtly leading you between places that are important to the story. But that's about the extent of its hand-holding in terms of navigating the world and discovering new areas. If you're exploring the open world and you find a path leading down to some spooky catacombs or ruins, you don't know what to expect. It might be a death trap that is completely beyond your skill level, but you won't know unless you take the plunge.

Elden Ring is basically an entire game of dark, unknowable pits, which that first one sets you up for without you realising it. But it does it cleverly, because you aren't punished for jumping down that pit in the beginning. You're rewarded for it, with a tutorial and a nice starting bundle of runes to spend on a crafting kit and other essentials when you reach the first merchant. This is a clear statement of intent. Yeah, you might die horribly if you delve into the unknown, but you could also emerge stronger. That's Elden Ring in a nutshell.

Or maybe it's just there so veteran FromSoft players can laugh and sneer at new players who miss the tutorial, and the game designers can slap each other on the back for being so damn subversive. I get if people just find this kind of design annoying, but I love it. I play a lot of triple-A games, and they're so worried about me making a mistake that the experience just feels overly safe and sanitised. Elden Ring is a refreshing antidote to that, and I can't wait to gleefully jump down more scary voids at the behest of enigmatic ghosts.