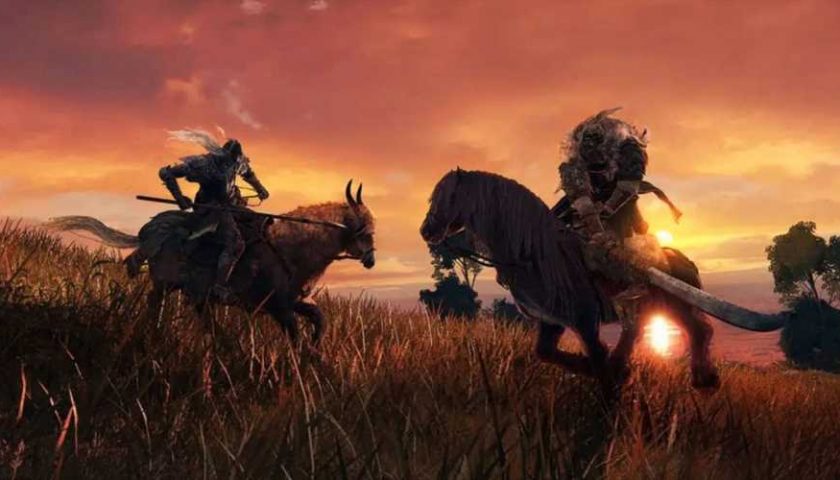 Dark Souls 3’s mantra was that if you could see it, you could go to it. Elden Ring realizes that potential 100-fold. Right out of the gate, you can spot illustrious castles in the distance, monolithic towers, and a domineering tree that floods the sky with its golden leaves – yes, you can visit all of that. But it’s not just this mantra that Elden Ring lives up to, it’s FromSoftware’s core design philosophy. It makes no sacrifices in interconnected level design or meaningful exploration – you will never find yourself stranded in an open field with nothing to do. Every single inch of Elden Ring is packed with as much oomph as any past Souls title.

Looking way back to the ‘first’ Souls game, Demon’s Souls boasted a diverse collection of explorable areas. You start in a medieval castle fighting knights and footsoldiers – and gooey sludge things with shields – but you can also travel to sand dunes where miners slave away, poisonous swamps with rickety wooden scaffolding, and a storm-laden peak infested with metallic skeletons. There’s a breadth in its exploration, but it all feels disjointed.

You find each area by teleporting so none of it feels cohesive. We’re told this is all Boletaria, but I still can’t piece it together in my head. How do the peaks lead into the castle? How do you reach the mine? Dark Souls cut fast travel from the game’s first two acts to fix this problem, making Lordran a 3D Metroidvania with looping levels that tied into themselves, using verticality to keep everything flowing. But that only made the world feel smaller and even then, you’re taken to Anor Londo by flying bat demons. But Elden Ring lets us take the beaten road, stealing loot from passersby and finding abandoned shacks alongside naturally unfolding side stories on our journey. 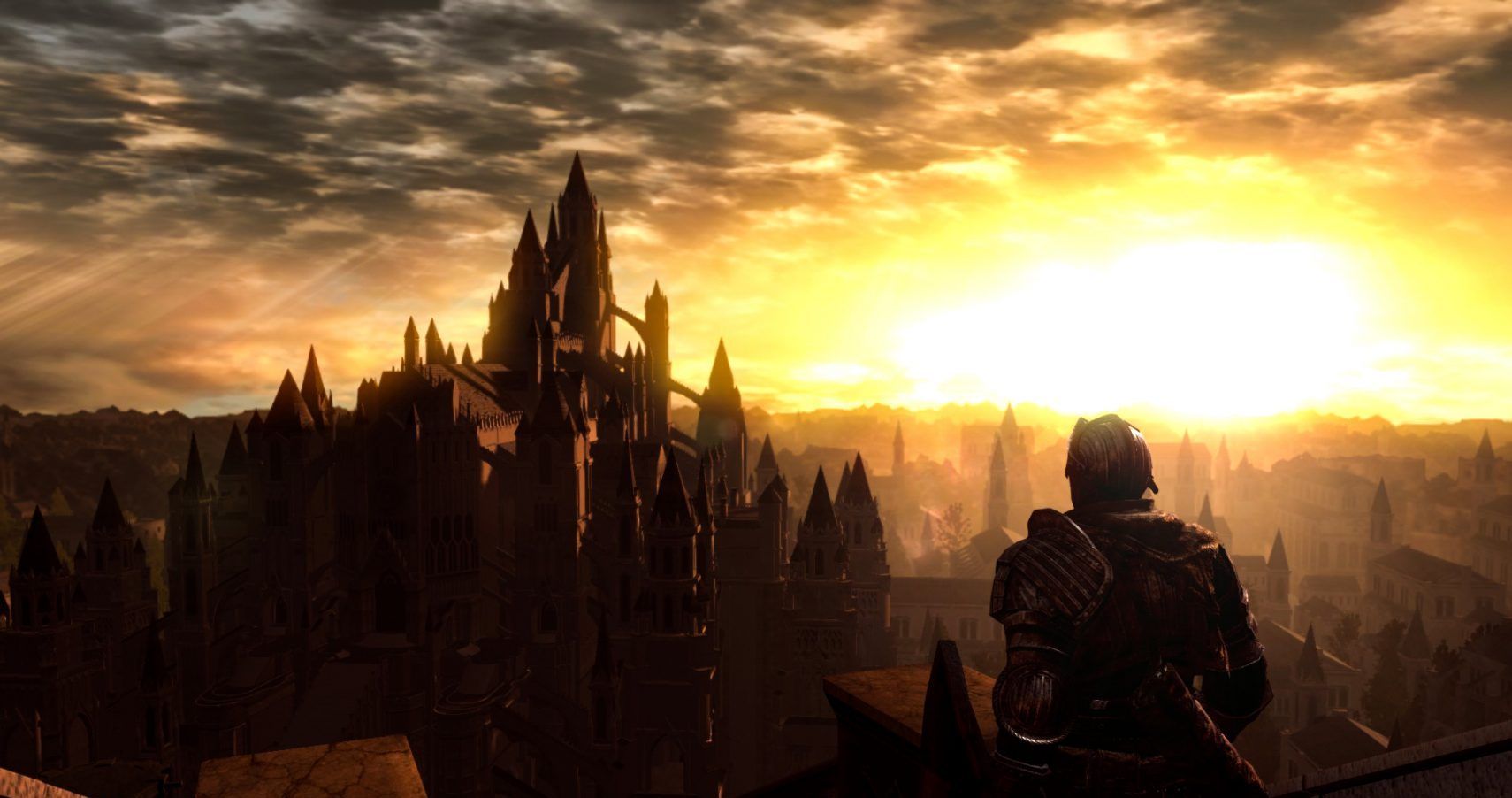 Ever since the release of Demon’s Souls, FromSoftware has wanted to take us on an epic fantasy journey akin to Tolkien, fighting from a little cubbyhole to giant crumbling ruins besieged by dragons and giants. But getting there has always been tricky. Dark Souls’ final area is reached not through an arduous trek on a beaten path but by jumping into a hole in Firelink Shrine and placing a cracked bowl on a pedestal. It’s hardly the triumphant ending we were anticipating – it’s a fancy key to a fancy door.

Elden Ring takes us on that journey. It’s like Boletaria but we can see how it all flows together. Already, I’ve found those mines, that treacherous skeletal peak – only now it’s ruled by sword-touting birds – and I’ve fought valiantly across countless forts and castles, each strategically dotted throughout the Lands Between. I see how it all pieces together. It’s not a jarring collection of Miyazaki’s sadistic fantasies. It’s a living world that also brings together other ideas like Bloodborne’s Chalice Dungeons.

We’ve always had optional areas and bosses to find in Souls games, but they were often more difficult than the main story. That was flipped somewhat in Bloodborne, at least in the Chalice Dungeons. They offered a brief respite from the main game, letting us explore more familiar, Dark Souls-like dungeons with puzzles and, sometimes, easier bosses. Not always. The Yharnam Queen and the Amygdala can eat a bag of dung pies. But again, these Chalice Dungeons were found by placing fancy keys to open fancy gateways, navigating menus to teleport to unrelated spots. None of it felt integrated. 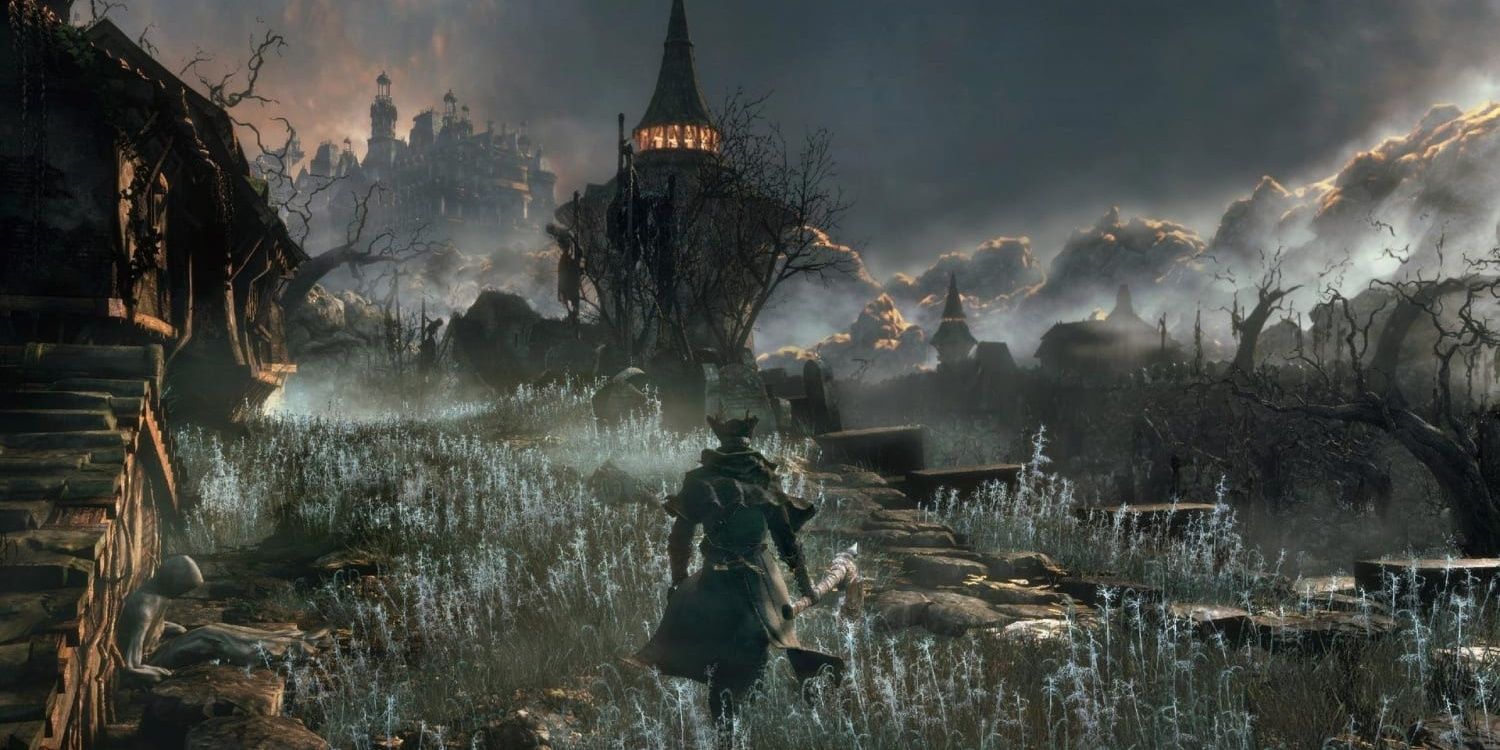 But I’ve found a slew of catacombs and dungeons in Elden Ring that feel almost exactly like Chalice Dungeons. You waltz in to find a locked door that’s opened by a lever deeper in the ruins. You fight, unlock secrets, shatter illusory walls, and uncover riches and loot to make your character that much stronger, and then circle back to the entrance where that door has now opened. Inside is a simple boss fight in a simple room. They all feel similar – they are catacombs in the same continent, after all – but that creates a game language that we immediately clock onto. This is an optional little excursion that’s easier than Margit over at Stormveil.

Elden Ring takes so many ideas from the studio’s other games and perfects them. Chalice Dungeons and a connected world that lives up to Dark Souls 3’s mantra are just the tips of the iceberg. There’s the fluid narrative of the characters that don’t rely on checklists or arbitrary quest markers, letting you immerse yourself fully into their tales that are intertwined seamlessly with your own. That’s always been a Souls staple, but now we see them throughout the world, finally making their stories feel like they are going about their own business, separate from us. Then you have the openness to choice. Sure, you can follow the path and go the way the game says, or you can find easier zones to tackle, endgame areas to test your mettle. Everything Souls, Sekiro, and Bloodborne do well, Elden Ring does better.