As console video games publishing increasingly becomes a risk-averse, hits-driven proposition focused on living games and software as a service, the necessity of E3 and major publishers’ presences there have decreased considerably. No single company’s E3 plans speaks to the expo’s decline more than Electronic Arts.

Once a mainstay of the pre-show news conferences, Electronic Arts is no longer doing that, opting instead for a series of live streaming broadcasts from the floor of EA Play 2019 — which is likewise near E3 (in Hollywood) but not at E3 for a fourth straight year. Three hours of streams begin Saturday, June 8 at 9:15 a.m. PDT/12:15 p.m. EDT.

Electronic Arts said back in March its E3 event would “see less talk and more play.” A look at the company’s most recent quarterly earnings slide deck shows why: Just eight games confirmed to launch on consoles and PC in the next 12 months, four of them EA Sports annual titles.

Only one of the remaining four, Star Wars Jedi: Fallen Order, has a dedicated time block in the live stream schedule EA put out on May 29. So we’ll begin there, mindful that mild surprises might filter into this day’s broadcast or later on. 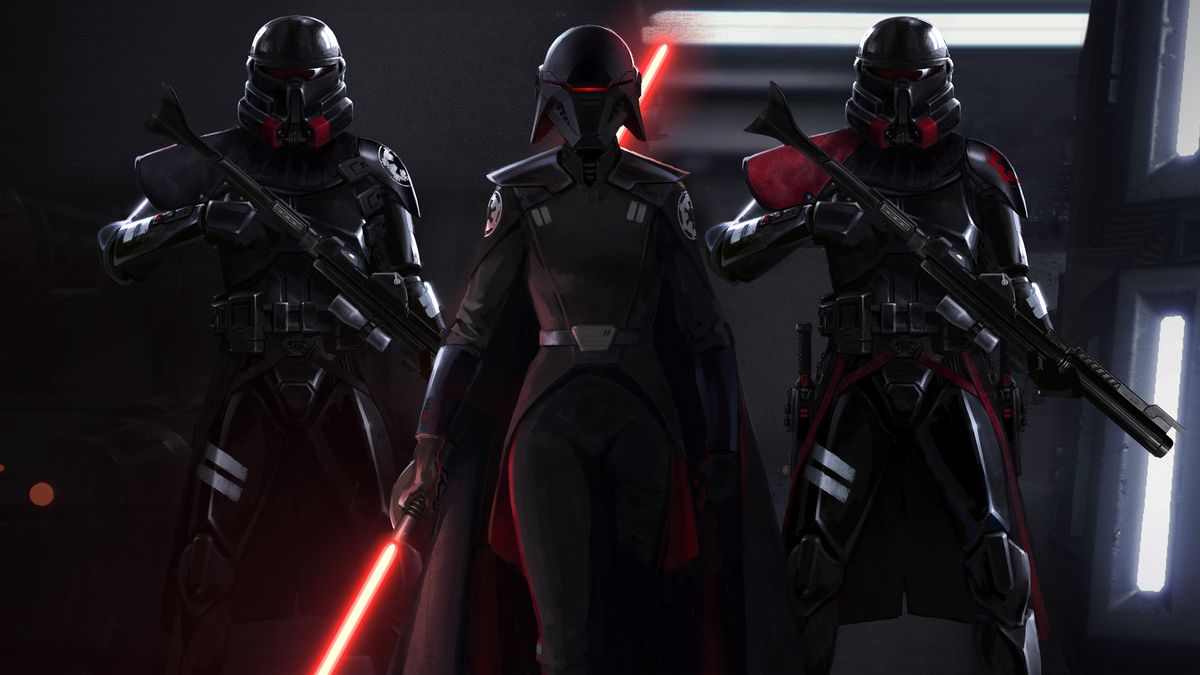 The Second Sister, a new villain, leads the Imperial inquest rooting out and murdering the remaining Jedi.
Respawn Entertainment/Electronic Arts

This is the big one, leading off EA Play’s livestream at at 9:30 a.m. PT/12:30 p.m. ET The story for Respawn Entertainment’s action-adventure was revealed in mid-April at Star Wars Celebration in Chicago. The game launches Nov. 15 on PlayStation 4, Windows PC and Xbox One, a month before Star Wars: The Rise of Skywalker premieres.

Jedi: Fallen Order is a single-player-only video game, so there won’t be a focused demonstration of some other mode, or a “we’re not talking about that right now” posture, as a lot of publishers do for big titles with multiplayer. Other than additional gameplay there isn’t a lot left to cover in terms of in-game features.

Respawn founder Vince Zampella stressed that the game has a heavy narrative (with “no microtransactions” either, though it’d doubtful this will be a marketing bullet point). But the new character in Fallen Order has already been introduced (Cal Kestis, played by Cameron Monaghan) and the story has been set up. Still, if it’s a canonical tale and it references events alluded to in more than 40 years of Star Wars flicks — the hunting down and killing of Jedi in the early days of the Empire — fans will be intrigued by anything more Respawn and EA roll out here. 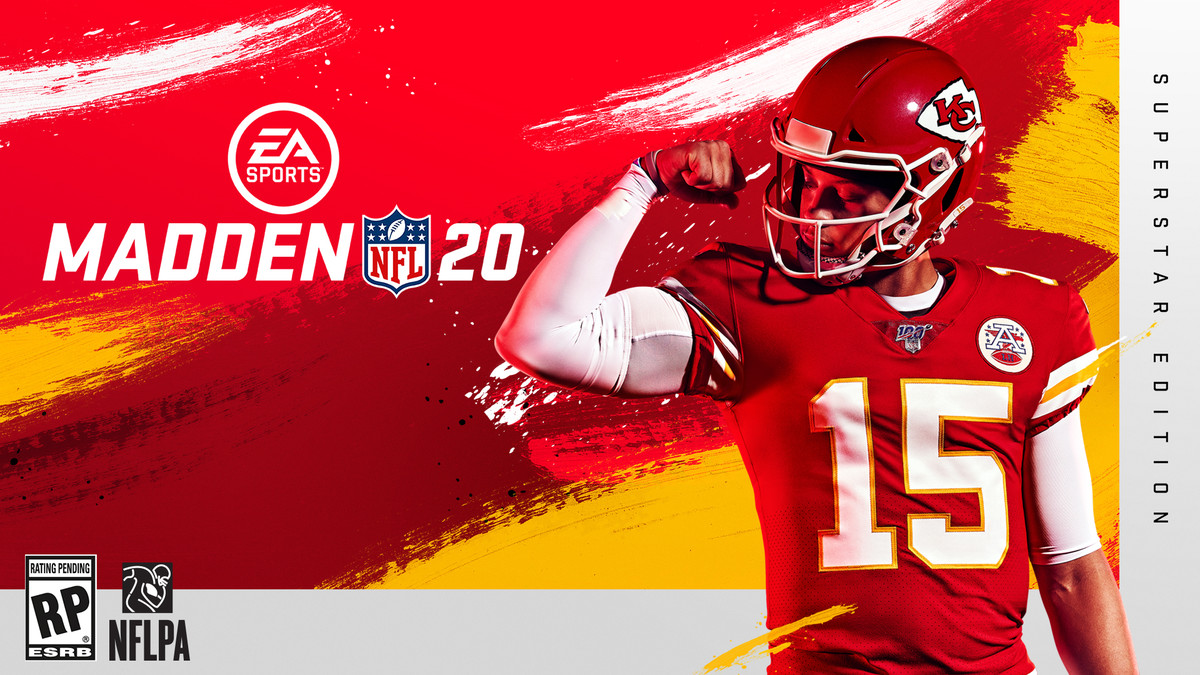 EA Sports’ death-and-taxes annual offerings all launch within two months of one another, starting with Madden NFL 20 on Aug. 2. Right now, Madden has the most to talk about, as it’s the only one with a confirmed new mode of play. That’s called Face of the Franchise: QB1. With the Longshot story mode seemingly resolved after two episodes, it appears this new single-player career journey will take over that role in Madden’s suite of offerings.

Don’t expect the marketers to make too much of a big deal about this, as the new (old) partners are still gunshy about this kind of attention, but Face of the Franchise will include 10 real-world college football programs for players to choose from as they take a hotshot QB up to the NFL draft. That’s the most in a video game since the 2013 death of the NCAA Football franchise.

Face of the Franchise is just one mode, of course, and Madden NFL 20 will likely give up more about improvements to other areas of the game, plus what Ultimate Team offers, plus how all of this threads into esports, as EA has typically used its sports programming to tout the Madden Ultimate League and other competitions. Madden is on the stage at 11:30 a.m. PT /2:30 p.m. ET.

Before then comes FIFA 20, about which less is known. Its story mode, The Journey, concluded last year after three episodes. We have no idea what, if anything, replaces it. There hasn’t even been a trailer for the game (launching Sept. 27) yet. Expect a half-hour covering the usual better-than-ever topics this year — and considering the lack of attention showed to FIFA’s career modes over the past two years, there are plenty of itches that fans want scratched.

EA’s NHL and resurgent NBA Live franchises do not have dedicated time at EA Play’s livestream but with so little else to announce it seems unlikely something won’t be given up about them during E3. NHL followed up a ho-hum 2017 release with its delightful World of Chel career suite, whose structure borrows somewhat from NBA Live’s successful The One. How both games plan to follow up these very engaging breakout modes is a question we hope is answered in L.A. 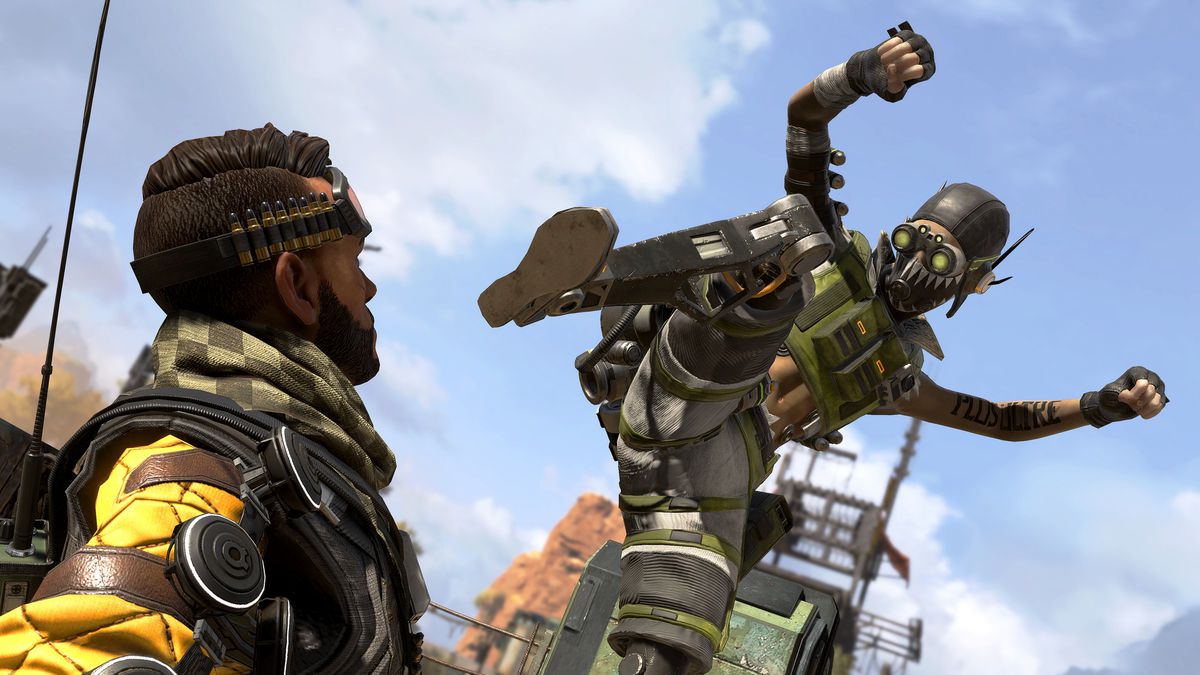 These two shooters go back-to-back at 10 a.m. PT/1 p.m. ET and 10:30 a.m. PT/1:30 p.m. ET and both will likely talk about content updates and future plans. Apex Legends’ second season got underway on June 4, so it’s probable there will still be something from that left to announce in Los Angeles. At any rate, the game’s successful surprise launch back in February has given EA a new audience of some 50 million or so to address with a dedicated chunk of time. This seems like as good a moment as any to announce a new character.

Battlefield 5 launched last fall, but only recently added its battle royale mode, Firestorm, and a real-money currency, so this is just getting started as the kind of live service EA now prioritizes. The the fourth chapter of Battlefield 5’s “Tides of War” content begins on June 27, and the fifth chapter (for October) has already been teased. Some kind of deeper dive on what Battlefield 5 owners are getting for free until the end of the year will take up the game’s 30-minute block here.

The Sims 4 closes out EA Play’s livestream at 12 p.m. PT/3 p.m. ET The 2014 PC game was ported to consoles in late 2017 and always has packs, items, themes and other features to tout. When EA has done a traditional E3 news conference, it’s often set aside time for indie games coming out of its EA Originals label; the only one of those confirmed to launch is Sea of Solitude, due in July, and it may not get any screen time here. 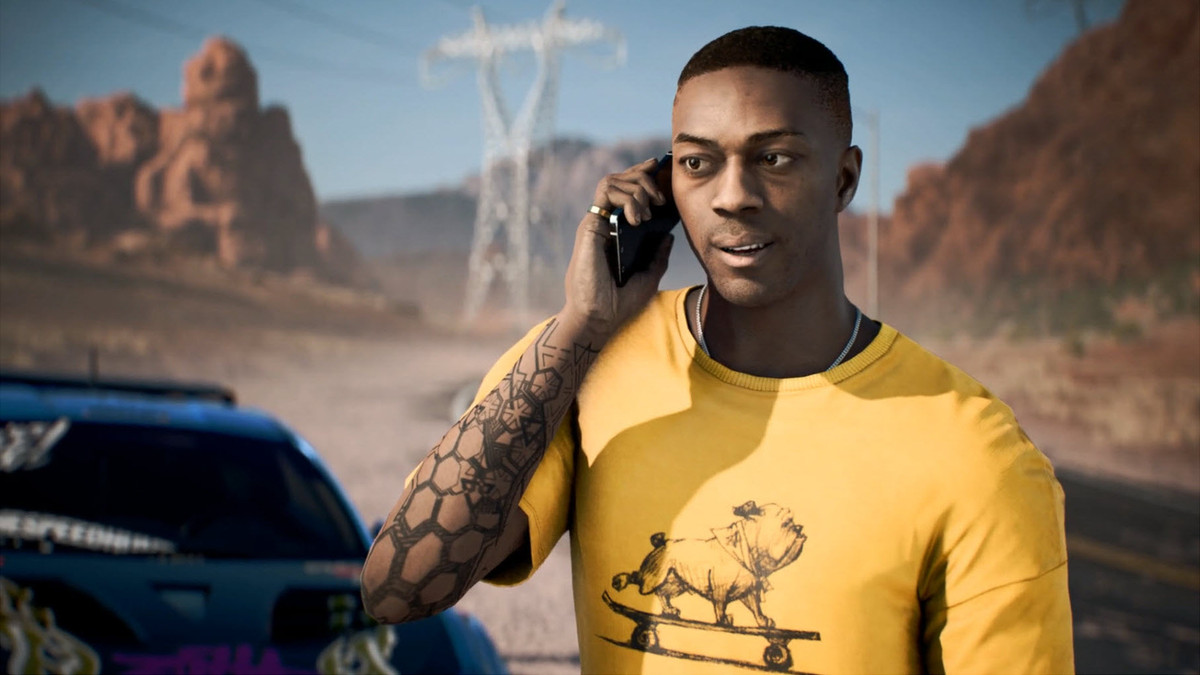 ‘Hello? Need for Speed? This is your Uber driver, are you ready?’
Ghost Games/Electronic Arts

Since February, Electronic Arts has been telling investors that it has unnamed titles in the Need for Speed and Plants Versus Zombies franchises slotted for launch sometime in the last three months of 2019. EA already ruled out an appearance for Need for Speed at this year’s E3 in June, saying “Our goal is to deliver a truly memorable high-speed entry into the 25 years of NFS, rather than a series of promotional events.”

A new Plants vs. Zombies could mean anything, although it probably doesn’t mean the main series, which has been a free-to-play tower defense game on mobile platforms, later adapted to consoles. Its dedicated console spinoff, Garden Warfare, last published Garden Warfare 2 in 2016.

Neither franchise has any kind of a carve-out in the EA Play livestream schedule, which also doesn’t include an all-purpose or general discussion block (there’s a 15-minute pre-show, though).

What we don’t expect

Even if Anthem is the latest addition to EA’s live services catalog, it would be taking quite a meritless victory lap if BioWare was down in Hollywood touting follow-on content that’s been delayed since March, while developers shore up all the problems with the main game. That may also affect the other BioWare franchise people expect to hear from, the next Dragon Age.

We got a teaser, but not a title, for the next Dragon Age back at The Game Awards in December, but that was before all the trouble with Anthem took over the discussion of BioWare and its future. A Kotaku report, which BioWare didn’t exactly refute, said the next Dragon Age would follow EA’s prioritized live services model. But it’s anyone’s guess what, if anything, BioWare has or even wants to share about this tentpole franchise after its misfires with Mass Effect Andromeda and Anthem.

As for other news, it’s possible that esports and EA’s competition division have events to tout (assuming they don’t do so in the EA Sports block of the livestream). EA Access is also, finally, a worthy enough value to PlayStation 4 owners that Sony is willing to offer it beginning in July. But with Sony having zero presence at E3, and the news already announced, it seems unlikely there’s much to add here.