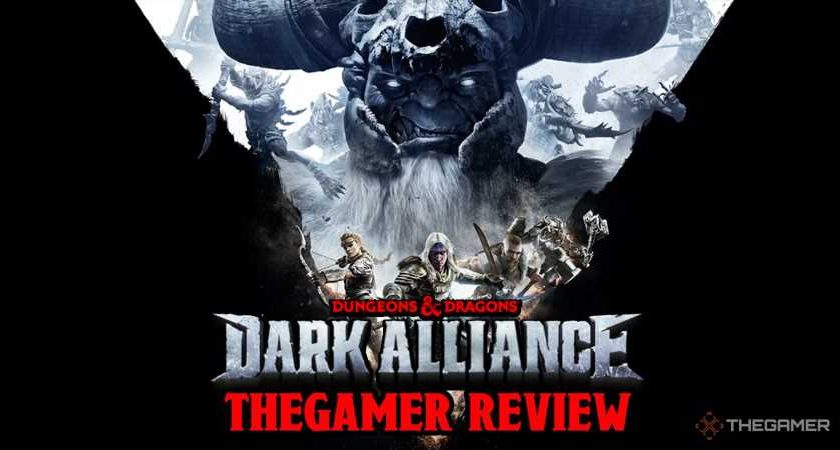 Dungeon & Dragons: Dark Alliance looks like everything a Baldur’s Gate: Dark Alliance reboot should be. The hack-n-slash combat has been updated with combo-heavy moves and flashy animations. Instead of repetitive levels, the new version features complex dungeons filled with plenty of secrets to discover. And, most importantly, you actually get to play as the Companions of the Hall, Forgotten Realms’ most famous characters. But while that all sounds great on paper, Dark Alliance misses the mark in almost every conceivable way. Combat is shallow, the level design is frustrating, and poor netcode makes online multiplayer practically unplayable. Dark Alliance should be a grindable co-op RPG, but it fails so many quality checks that I find it unworthy of its own title.

Dark Alliance is disastrously unpolished. You can see the cracks in the foundation from the moment you boot it up and see its one and only loading screen, which features the main characters rendered in such low quality that they look like they’re made out of Play-Doh. After you select your character and step into town, you’ll notice the gap on the ground between your feet and your shadow. Your character never actually stands on the ground. Take a step forward and you’ll discover that you can never stop moving. You’ll always be subtly sliding in one direction, even when you’re standing still. PSA: You can fix this by opening your session menu and switching to an online custom game. Just make the game ‘friends only’ if you want to play single-player.

Those issues barely scratch the tip of the iceberg that Dark Alliance smashes into. This game is about as broken as that metaphor. There’s a spot in town in front of the training dummy, right about where you would stand to hit it, that will periodically trap you until a friend comes over and pushes you out. I found five more places throughout the game that trap you when you walk by, but I suspect there’s many, many more. I don’t like talking about bugs in a review because most tend to be fixed with patches, but in this case, the bugs are just one example of how fundamentally flawed Dark Alliance is. 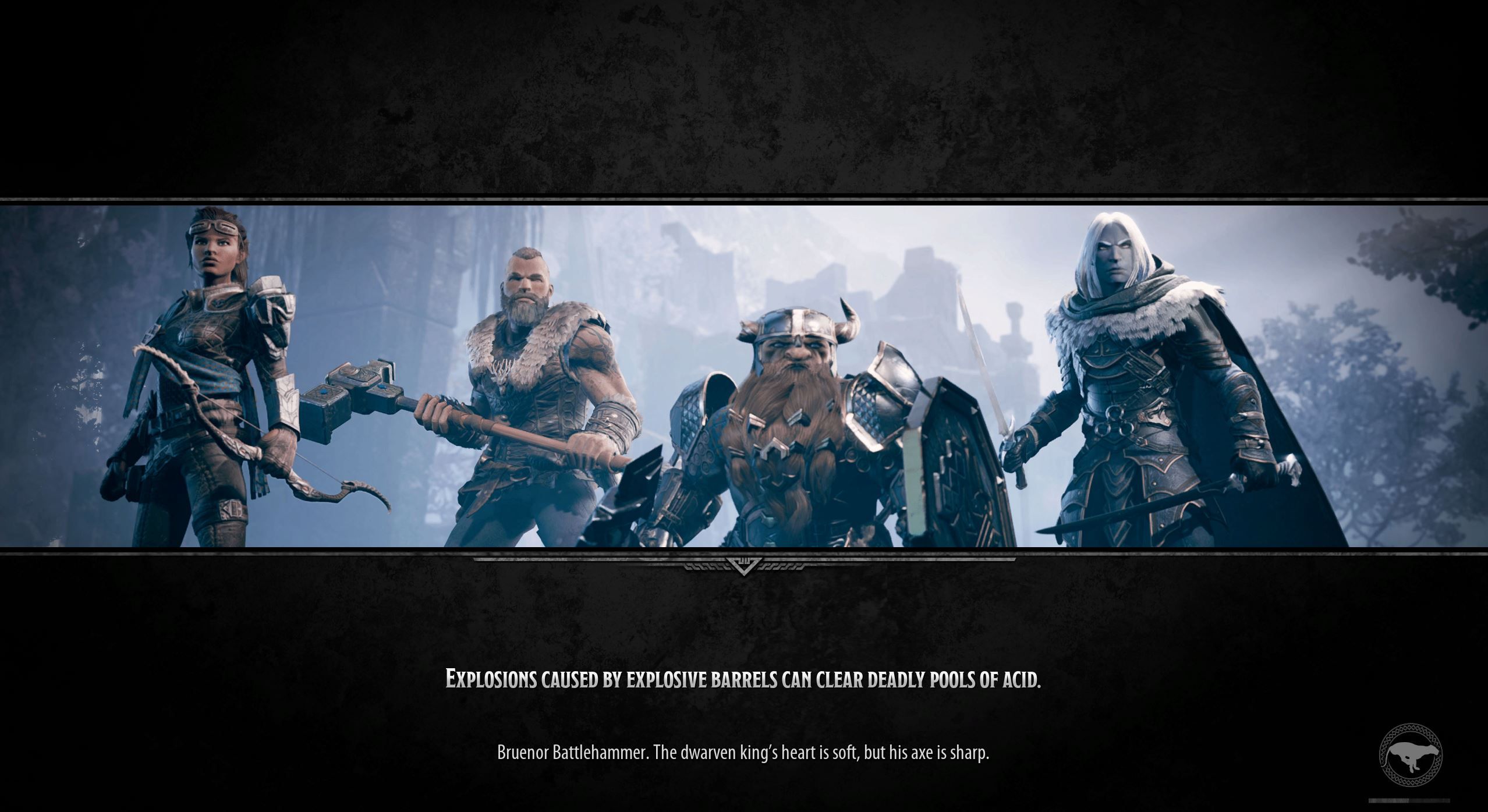 Some of the game’s biggest whiffs are in the combat. Every character has around 50 different moves they can use in battle, and at first, it seems like there could be depth. Some attacks apply status effects, so they’re good to weave in, while others are powerful strikes that destroy sections of your stamina bar, so it’s best to save them for powerful enemies. The main problem with the combat abilities is that none of the enemies give you any reason to respond in any particular way. They all have different attacks that you need to avoid, but the best way to fight every monster is to hit it with strong attacks as fast as you can. The variety of techniques quickly becomes a novelty; variety for the sake of variety.

Every character has their own unforgivable flaws. I mostly played the archer, Catti-brie, and – playing on controller – melee attacks and bow attacks are mapped to the same button. If you hold the left trigger, you’ll aim down the sights so you can fire arrows, unless you also add a forward or backward input, which triggers certain melee combo attacks. If you attempt to move Catti-brie around while ADSing, it causes her to exit ADS and do either a backflip or a flying kick instead of firing an arrow. The only way to fire arrows without doing this is to stand still while you shoot them. Different combos are also mapped to the same inputs for reasons that are beyond me. Back + RB is a different combo from Quick Back + RB, for example. The only way to differentiate them is to take several steps back before hitting RB. Trust me when I tell you that slowly walking backwards to launch a combo isn’t exactly a good example of fluid combat.

There are lots and lots of status effects, conditions, and combat terminology, but there’s absolutely no way to know what any of them mean. There’s a codex where your collectible lore books are kept, but there’s no glossary of terminology in the game. A lot of them you can guess, like poison and grapple, but if there’s a difference between cursed, corrupted, and hexed, I have no idea what they are. I’ve stacked half a dozen debuffs and conditions on an enemy and I didn’t get any sense they were doing anything. 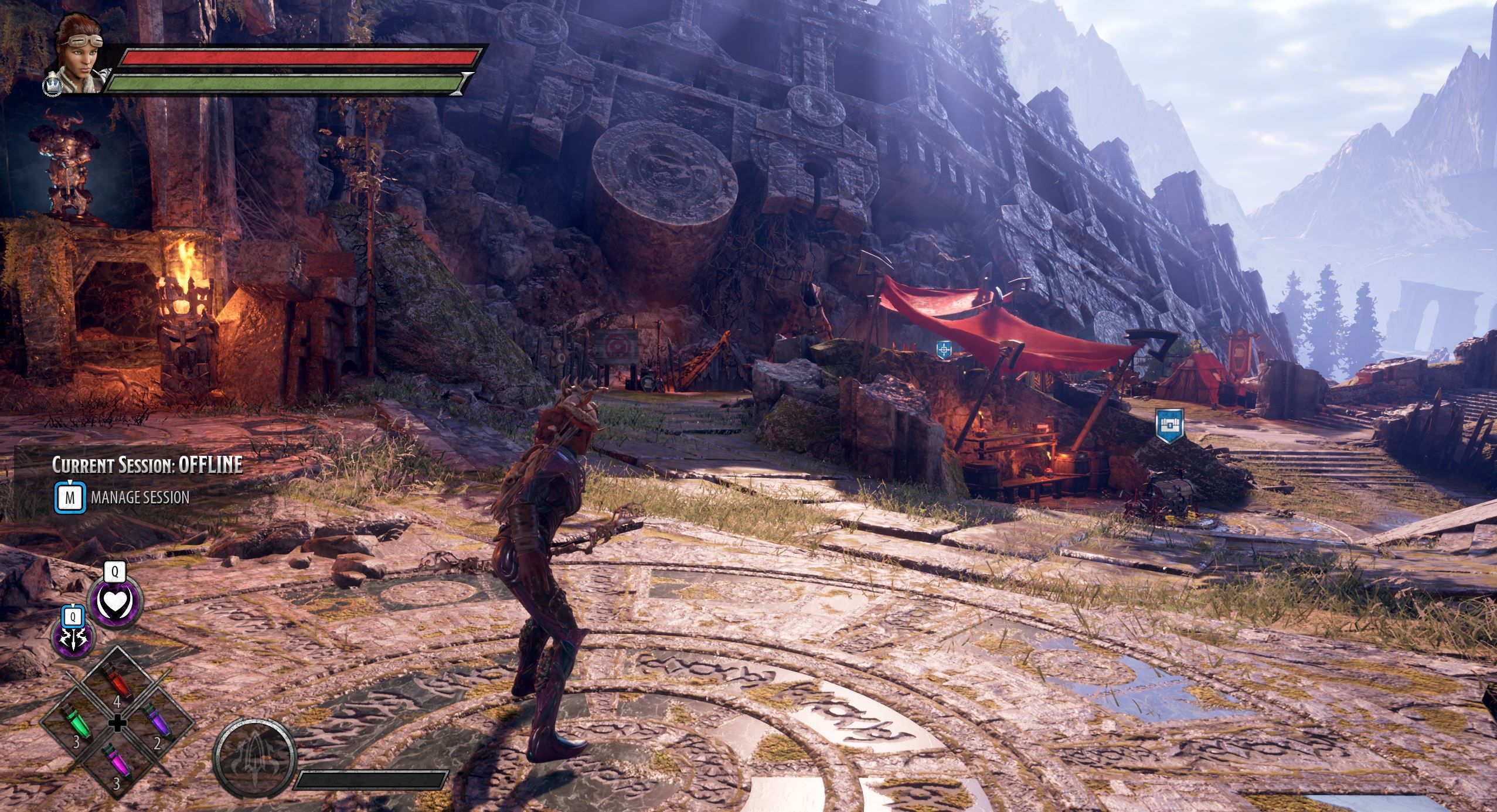 Combat also feels floaty, imprecise, and awkward, but in multiplayer it borders on unplayable. Even with low ping, the delay between actions and hit responses can be up to a second long. This means that no one’s animations match up with the timing of hits, so enemies constantly hit you even when it looks like they’re just standing there. Hit box sizes are already all over the place in this game, so anytime you play online it just feels like rolling the dice – and not in the fun D&D way either – on whether or not you’re going to get killed for no reason. I suspect this is a high priority fix, but until then, I wouldn’t recommend playing this game online.

That leads us to the next issue – difficulty scaling. You can play the entire game in single-player, but unless you’re pushing the difficulty up as your gear improves, you’re going to hit a ceiling somewhere around the middle. I found the two highest difficulties were pretty much impossible in single-player right now, meaning the gear I can get when I play alone will never be the highest tiers, and I have no way of getting stronger unless I play online.

The game consists of seven three-act zones. The first four are called missions, while the last three are called dungeons. The dungeons have a higher difficulty and a more dynamic boss at the end of Act 3, but other than that, there’s no discernible difference between missions and dungeons. The Act 3 bosses in missions are all different varieties of damage sponges, while the dungeon bosses include a single mechanic. For example, the Hagedorn has a team wipe mechanic if you stand too close when it does the attack, while the White Dragon boss will occasionally leave the arena until you activate a nearby ballista. Other than those basic mechanics, you just walk up to them and thrash. There’s genuinely nothing more to it. 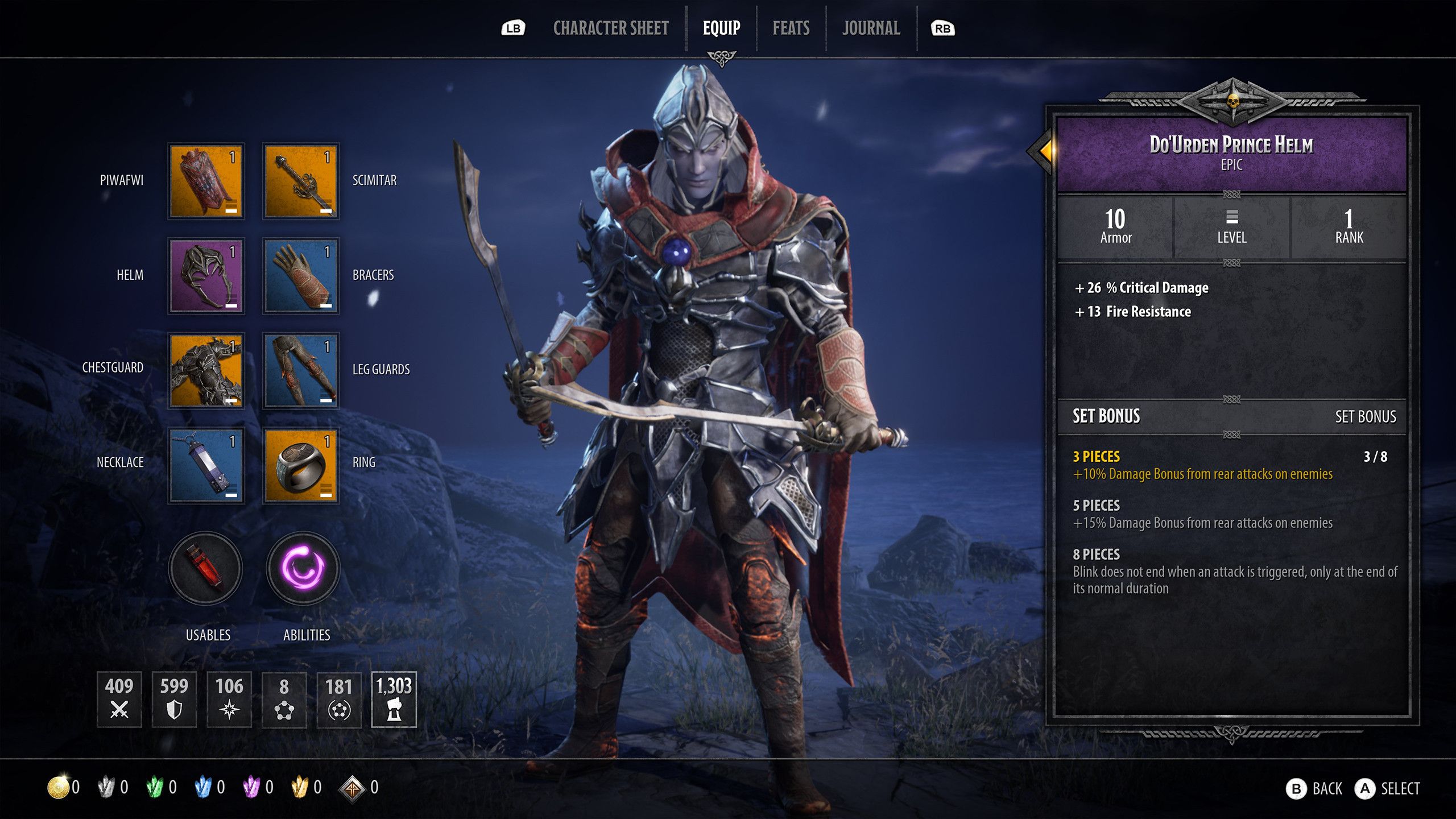 Drizzt, Catti-brie, Wulfgar, and Bruenor are beloved characters from Forgotten Realms lore, but they’re horribly under-utilized in the game. You may hear an occasional voice line in battle or a short exchange between characters in town, but they don’t appear in any of the cutscenes and there’s nothing in the game that makes them actually feel like they’re part of the story. They might as well have been custom characters or stock classes, because this is not a good way to use characters with so much history and personality.

The gear system and set bonuses are at least interesting, even if there currently isn’t enough incentive to farm specific sets right now. Each dungeon has its own preferred set, and you can target certain items by grinding those dungeons. Right now, I can’t see any reason you would do that, but if new dungeons get added that call for certain resistances, that could end up being a cool way to engage with the game.

So many of these problems can and should be fixed. Better netcode will go a long way, and I expect to see improvements to the controls, the combat inputs, and hopefully even more mechanically intense boss fights. There’s a tendency to recommend bad games to the most devoted fans, but I think fans of Drizzt and Co. will hate this game even more than the uninitiated. The saving grace is that Dark Alliance is included with Game Pass, so it won’t cost you anything to check back in from time to time and see how it’s doing. There is an enjoyable game buried here, I just wouldn’t expect to see it anytime soon.

A PC Review code was provided to TheGamer for this review. Dungeons & Dragons: Dark Alliance is available now on PC, PlayStation, and Xbox.