If you’ve been wandering the cities of Dragon Ball Z: Kakarot, you might have seen several mentions of a guy named Mark. He’s brought up by quite a few NPCs around the game’s world, making it seem like he should be important. Or at the very least like his name should invoke some kind of deep DBZ lore dive. It does, sort of, but it would take the most dedicated fans to realize who Mark is and what his name is referring to. Or we could just tell you.

Mark is none other than Mr. Satan. Or Hercule, for you English dub watchers. It turns out, at least according to this post on the Kakarot subreddit, that Mark is Mr. Satan’s true name. Dragon Ball creator Akira Toriyama has said as much in interviews. 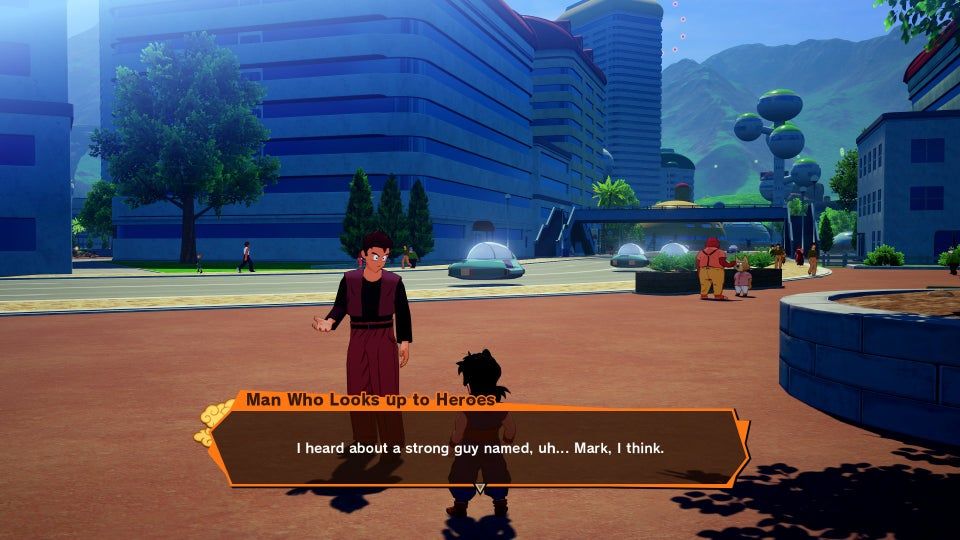 It’s also interesting to note that Mark still totally fits with the naming scheme Toriyama used for Mr. Satan’s family. Fans know that Toriyama loves to give related characters odd themed names. The Saiyans, for instance, have names like Kakarot, Raditz, and Vegeta. Those are all vegetables. Kakarot sounds like carrot, Raditz is radish, and Vegeta is… well… straight up vegetable.

In Mr. Satan’s case, his family has a devil theme. He is obviously Satan, and his daughter Videl is “devil” rearranged. His real name, Mark, is read as Maaku is Japanese. Those letters rearranged can be “akuma,” a Japanese word that can mean devil.

Overall it’s a very deep dive in a game full of them. The team behind Dragon Ball K: Kakarot clearly loves the series and wants to share that love with other fans. The game has some technical flaws, which are being worked on, but the fan service is undoubtedly appreciated.