Tetris gets the most love of all the Game Boy puzzle games, but when Dr. Mario released on Nintendo’s portable system in 1990, it chewed through its fair share of batteries. Nintendo has revisited its virus-crushing puzzle game several times over the years, but now that the series has migrated to mobile devices, Nintendo has flipped the concept on its head. Now pills slowly float toward the top of the screen, but this is only the first of many new features that make Dr. Mario World one of the most notable entries in the series.

Like previous incarnations of Dr. Mario, you eliminate all viruses on a board by matching them to rows of multi-colored pills. In World, you get to choose how many pills to toss out and when, and you can hold onto pills after you’ve thrown them to prevent them from moving. I appreciated this new slower pace, which allows plenty of time to plan an attack. At the same time, Dr. Mario World still offers frantic moments; after making a match, you can move any free-floating pill pieces and use them to make new matches, and the resulting scrambles are exhilarating as you work fast to make the most out of your limited stock.

Dr. Mario World currently contains five worlds and more than 200 total levels, and I was pleasantly surprised at how the action evolves. In some stages, viruses are frozen in ice and require a couple of hits before they disappear, while other viruses are locked in cages and can’t be destroyed until you break the lock on another area of the screen. A few stages even shift your focus away from the viruses and ask you to smash blocks to find hidden coins. As Nintendo mixes and matches all these elements, Dr. Mario World begins to feel less like a puzzle game and more like a strategy game, but that isn’t a bad thing. I loved calculating which viruses or objects I needed to attack first and then setting up combos as I crossed my fingers and waited with baited breath for the right colored pill to come my way.

While Dr. Mario remains the title character, he’s now joined by a bigger cast of doctors and assistants. Every doctor has their own unique abilities. For example, Dr. Mario can eradicate the lowest row of viruses on the board, while Dr. Toad eliminates both virus and pills at 10 random locations. Assistants provide smaller buffs, such as boosting your score or giving you a small percentage chance of eliminating a few viruses at the start of a stage. You can bring one doctor and two assistants into any stage; their abilities are incredibly useful, and making good use of them means the difference between victory and defeat.

Unfortunately, like a real infection, some of the additions to this mobile version aren’t welcome. Dr. Mario World is a free-to-play game, which means the monetization is baked into the gameplay. Hearts are a currency you must spend to play a level. If you beat the level, you get that heart back. Otherwise, they replenish at the rate of one every 30 minutes. If you’re playing well, you can continue without consequence. But if you get hung up on a level or have a string of bad plays, you are forced to stop and wait for your hearts to refresh. Of course, you are encouraged to refill those hearts by spending real money on gems, which earn you more hearts. They can also be used to give you more time or pills on harder levels, or redeemed for new doctors and assistants. I’m disappointed that even Dr. Mario isn’t hearty enough to stave off this kind of microtransaction infection, but I only ran out of hearts a handful of times, and I never felt like the pay mechanics were too aggressive.

Even if you do run out of hearts, you can always play in Versus mode and pit your virus-crunching skills against other players online. This mode features all the same color matching mechanics from single player, but as you match viruses you have the opportunity to attack your opponent by throwing viruses onto their screen. This mode is a nice diversion, and I was happy to be able to play the game when I’d run out of hearts, but I spent most of my time in the single-players worlds.

Despite the monetization method, Dr. Mario World is a fun puzzle game, and the World moniker signifies that this is more than just another Dr. Mario remix. This is the most dramatic reinvention of Dr. Mario since the series’ inception, and I often had trouble putting my phone down before the battery ran dry. Nintendo plans to update this game with new levels down the road, so this is one flu season I look forward to revisiting. 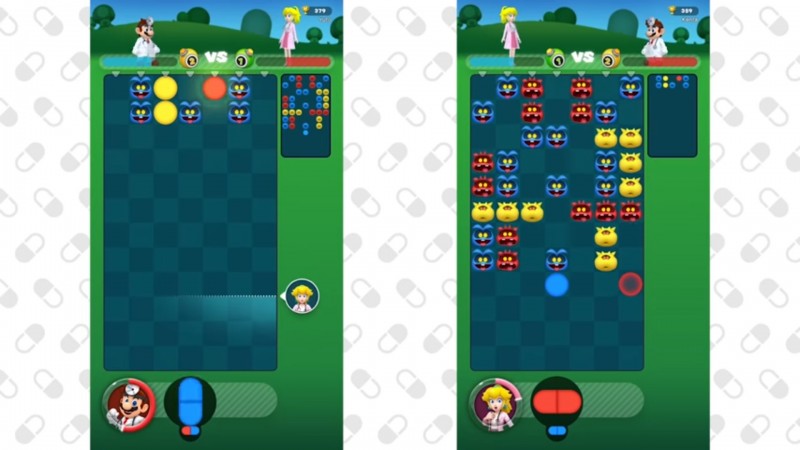 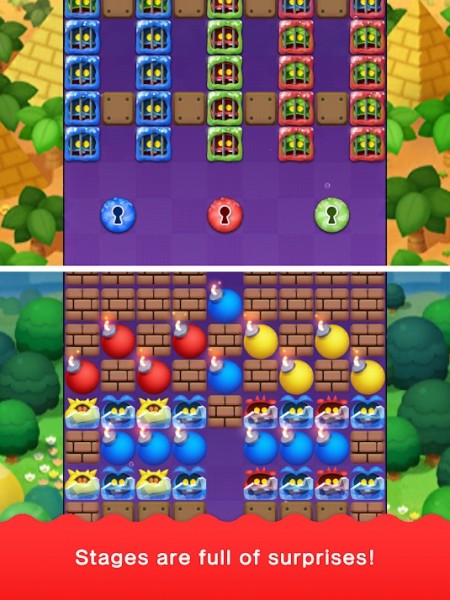 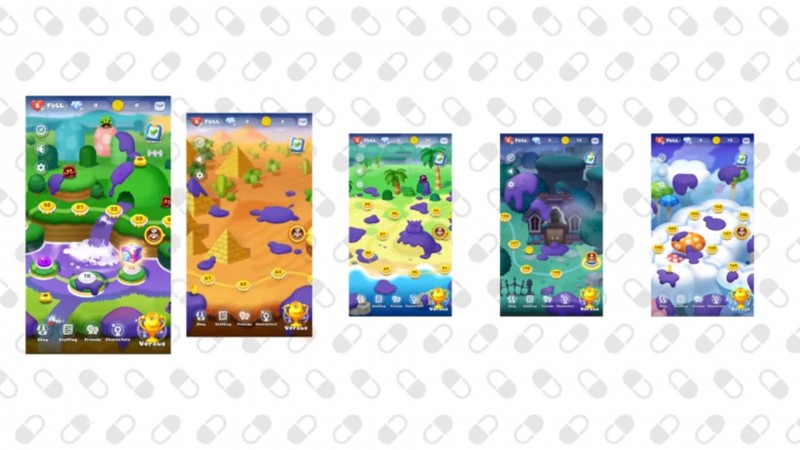 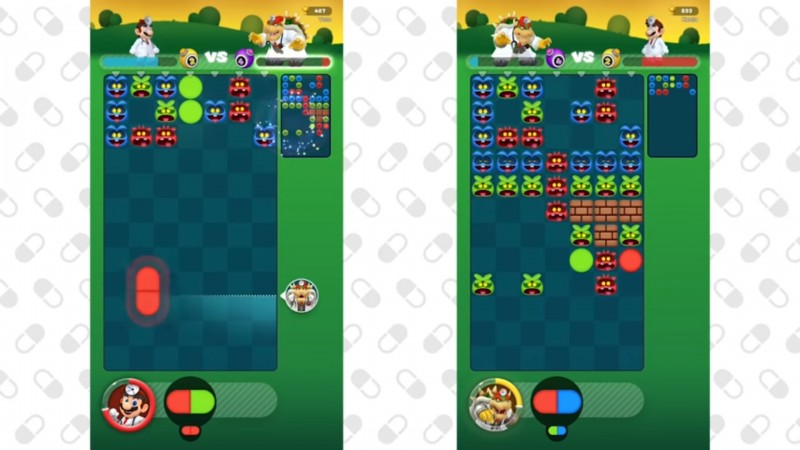 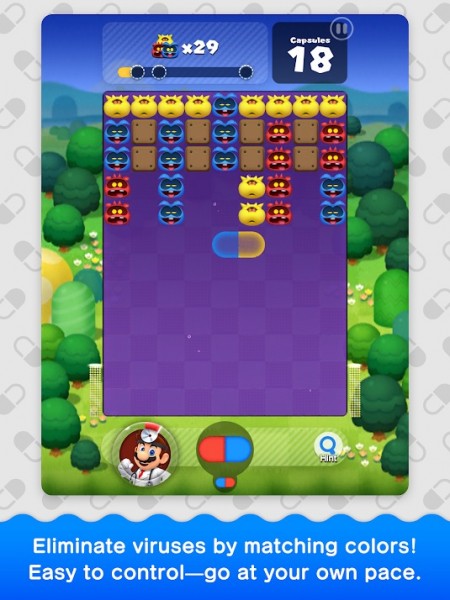 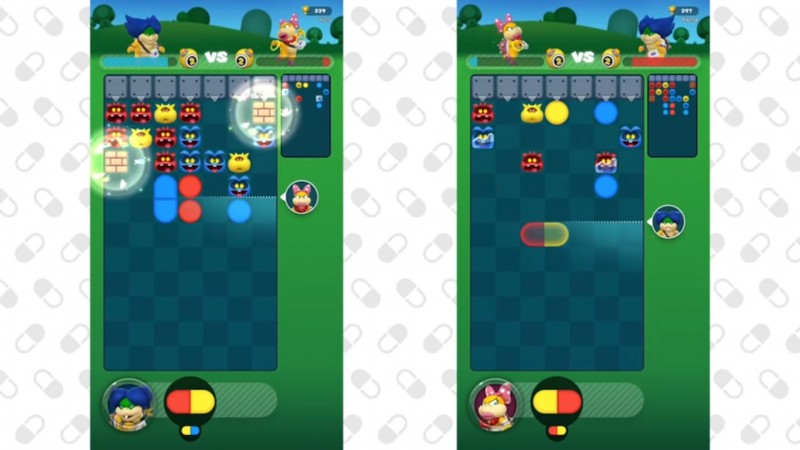 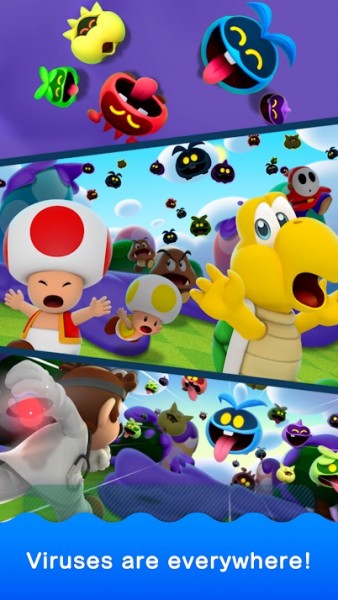 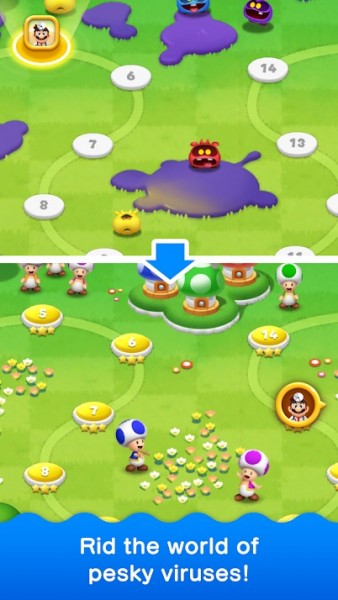 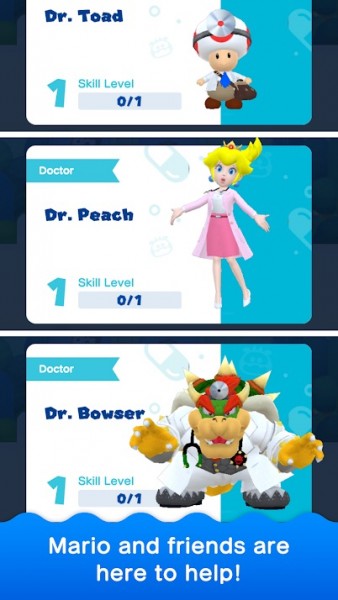 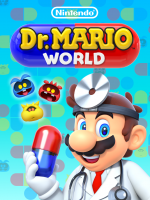 Dr. Mario World is one of the most notable entries in the series to date.