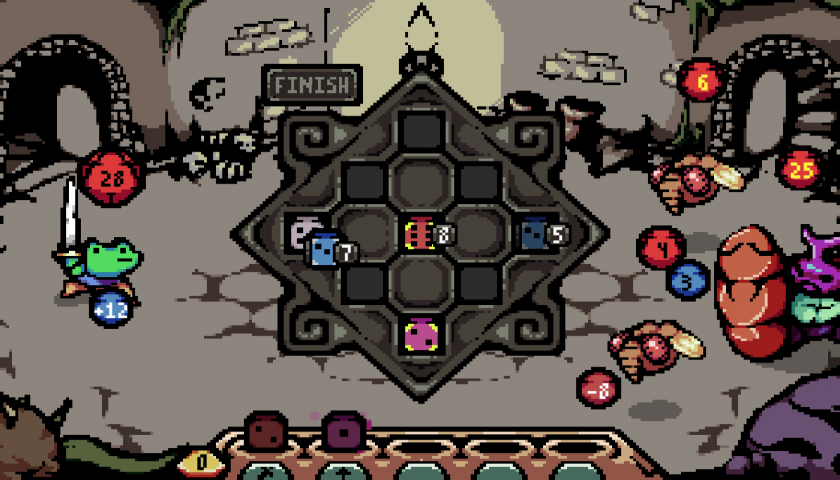 Games with straightforward names are impeccably charming—and with one that’s simply titled “Die In The Dungeon”, the gimmick is clear: you’re probably going to die a lot in this particular dungeon. One thing that the title didn’t make plain, however, is how novel and invigorating your slow march towards death will be.

To wit, you play as a gosh darn cute frog warrior looking to rid the dungeon of some ugly monsters, with the ultimate purpose of scaling the dungeon towards its final level. The game doesn’t waste too much time with exposition, nor does it give you any reason why you’re here in the first place, but dives right into the heart of it all: the battles. This is a roguelike deckbuilder where the rigmarole of the genre is simplified even further; in place of cards, you’ll be using dice instead, which will need to be placed on a diamond-shaped grid. It’s a small but clever tweak that further distils the genre’s lineage of thoughtful but procedurally generated randomness to its best bits, forcing players to think of completing each level in new ways.

In general, there are four types of dice available—attack, block, boost and heal—in your deck, which you’re supposed to make use of to whittle down your enemy’s health to zero. Much like the roguelike deckbuilders it’s inspired by, each round also limits you to playing three dice, but where you position them in the grid is also crucial. The boost dice, for example, can add points to your other dice, depending on where these dice are positioned on the grid. Each die itself can be imbued with additional properties, such as dice that have a ‘heavy’ trait, or is made out of glass; heavy dice stay on the grid for an additional round, while glass dice can only be used once per battle, which lets you room to think of various strategies to end your battles efficiently. 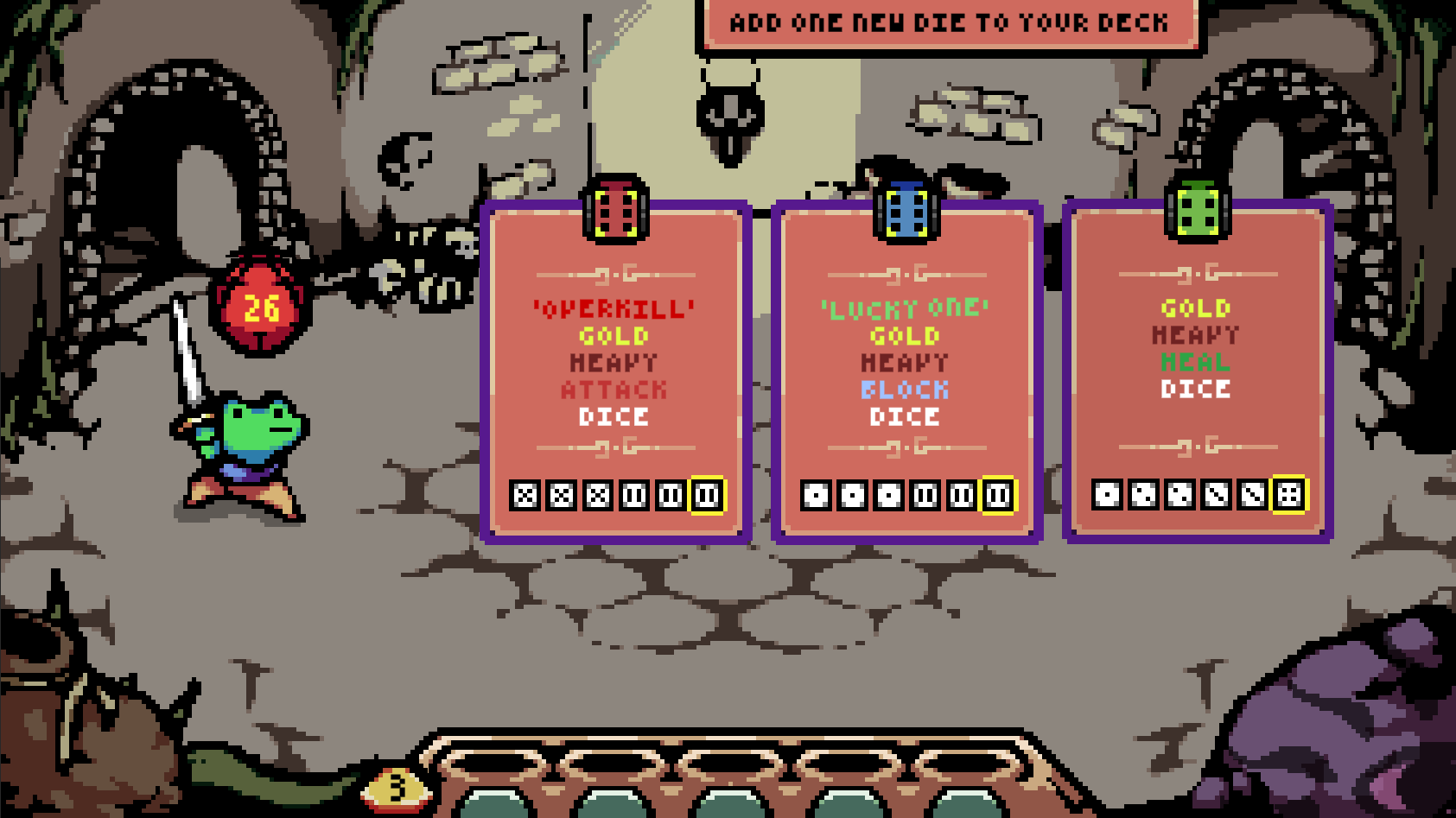 Then there are the enemies, which are more than just punching bags of varying size and health to knock out senselessly. The higher up the dungeon you go, the more variety of foes you’ll meet, from monstrous priests who heal their allies after every turn, to spear-wielding flies that take up space in several grids, locking you out of putting your dice in specific slots. And as with most roguelikes, there are also rewards you can unlock at the end of every round, with Die In The Dungeon letting you choose one of two rewards to bring along on subsequent levels, like upgrading your arsenal of dice, to replenishing your health.

When all this works, Die In The Dungeon can make for a much snappier and more compelling game than its peers, as it gradually introduces new features and obstacles. Some in-game events that take place between levels will even offer additional perks—but these are a calculated risk: they can turn the tide of battle or weigh your little frog warrior down with unnecessary baggage. While it’s not bone-crushingly punishing like its name suggests, Die In The Dungeon still offers a sizable challenge, while nudging the deckbuilder roguelike formula just a bit further to stand out from its peers.

You can play Die in the Dungeon for free on itch.io.

Edit: I’ve only just understood the pun in the title. Go me.