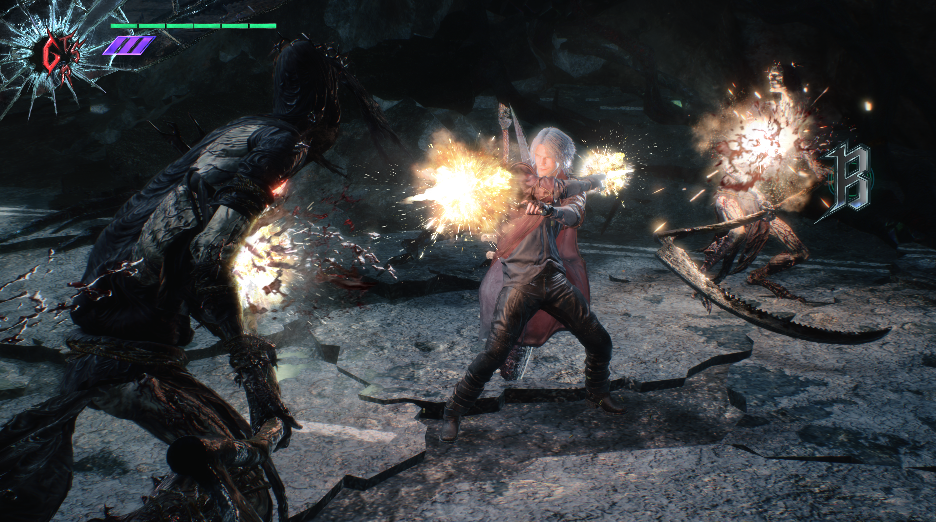 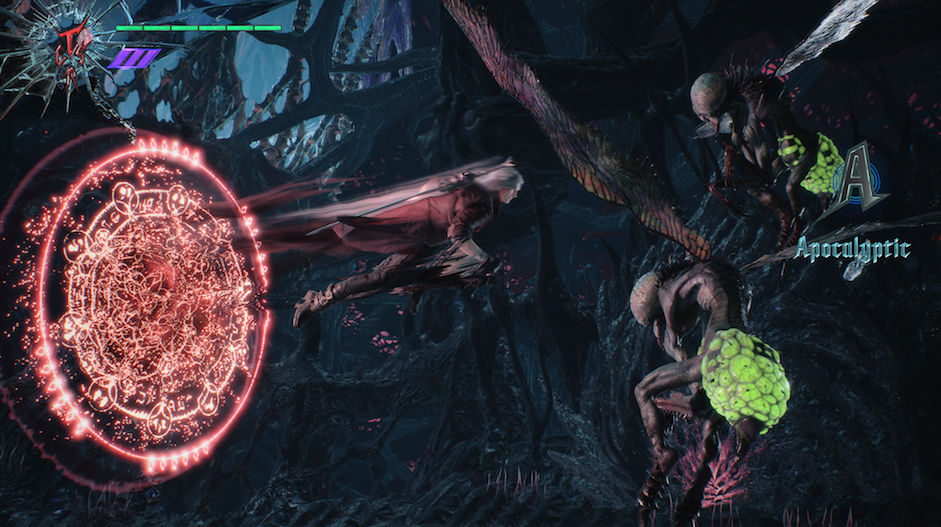 “The new character V brings a refreshing and stimulating approach to battle with his summons, a concept alien to the series until now”

Throughout missions, you’ll swap between three playable characters, each harnessing their own distinct fighting style, bringing a welcomed sense of versatility to combat.

Nero and Dante play more traditionally whereas new character V brings a refreshing and stimulating approach to battle with his summons, a concept alien to the series until now.

Mostly abstaining from a fight, you must rack up combos with both your familiars, Griffon and Shadow, before closing in when an enemy is on its last legs to deliver the final blow yourself. It’s more thought-provoking than all-out assault.

You’ll often pick your brains when cycling through the protagonists as you reacquaint yourself with their moves but this only reinforces the more systematic combat DMC encourages.

It adds method to madness and abolishes the desire to mindlessly button mash. Precision timing and amassing immense combos is definitely more favourable for scoring heaps of style points. 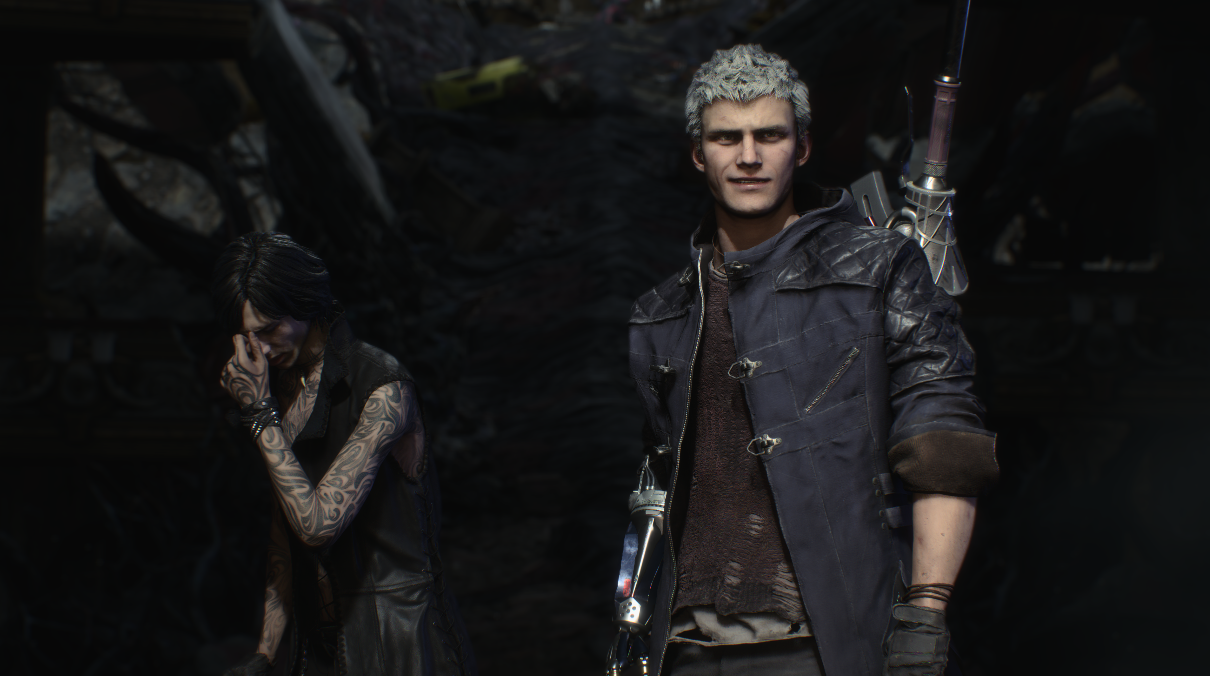 A steady flow of enemies not only maintains a remarkable sense of pace throughout that constitutes a brisk and engaging action experience but also provides ample opportunity to master each character.

Whether you’re tackling a pesky new addition to the DMC catalogue of unsettling demons or taking on a colossal boss with a hefty health pool, each shrewdly ensures you fully utilise your skill set.

As missions play out you develop a profound appreciation for how smooth and fluid the combat feels.

Stringing together combos and evading demon jabs by the skin of your teeth offers a gratifying sense of accomplishment.

Style seeps from the games every pore and it’s hard to deny that as you polish off a dazzling combo by dragging the Rebellion through grisly demon flesh in slow motion like a true action hero. 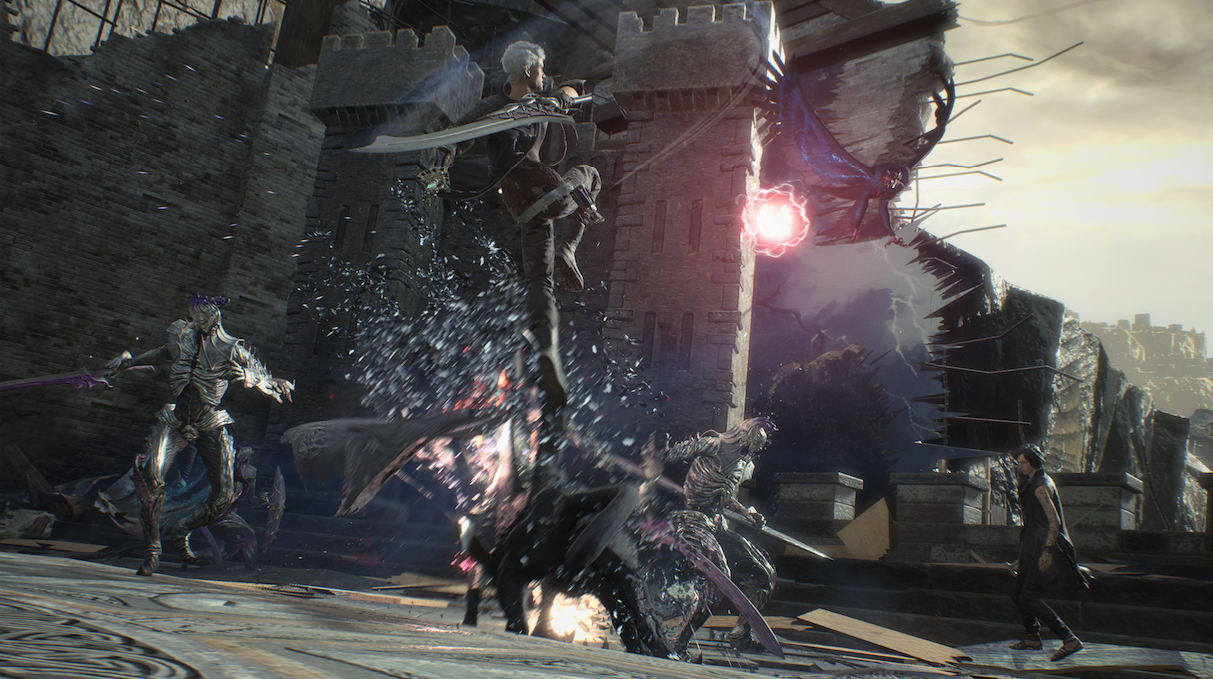 Upgrades specific to each character may be exchanged for red orbs, invaluable for matching the difficulty curve.

Gather these from fallen foes or as you venture from the beaten path.

You may salvage some revival orbs on your travels to recuperate your strength for second or third wind following an untimely death or open challenge rooms for an intense, timed well…challenge.

Holding ‘L3’ at any point will direct you towards your objective allowing you to veer off more confidently, a great feature for those overly conscious about being thorough.

On your quest for vengeance, you may also stumble across another player. Yes, Capcom has loosely integrated a multiplayer mode.

It doesn’t deter from the streamline single-player experience the series is renowned for but still exhibits its own sense of charm when you pair up with a randomer in the heat of a tough battle.

Be sure to give them a stylish thumbs-up post-mission if you thought they helped. 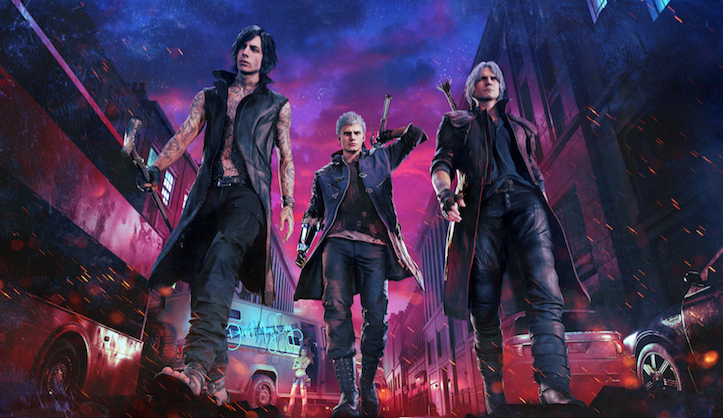 Don’t let the ‘5’ in the title intimidate you, the game is as much of a warm welcome to the world of Devil May Cry as it is a hard-earned treat for fans. Gameplay is refined and polished constituting a fluid and wonderfully satisfying action experience. Honestly, demolishing an endless stream of fugly demons with outlandish flair and snagging those ‘S’ ranks has never looked and felt so good.

Even post-game the slaughter continues with the return of The Bloody Palace and alternate difficulty options. Joining the ranks as a potential game of the year contender, DMC 5 has paved the way for an even brighter and action-packed future for the franchise.