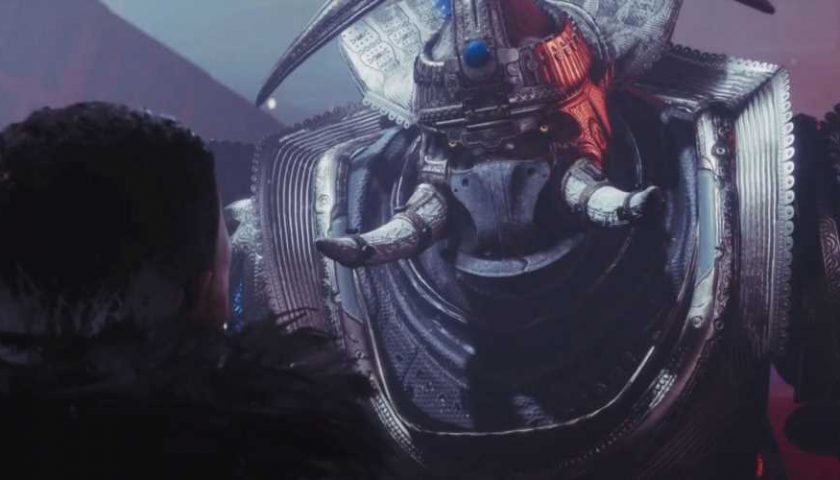 Operation Elbrus came to an end this week, and what a hell of a finale it was. The four-week seasonal campaign tasked us with hunting down and kidnapping Savathun’s Lucent Brood in order to probe their minds to uncover their plans – something Crow was explicitly not on board with. This week, we discovered the Hive plot and managed to stop our enemies, as expected. What wasn’t expected was what happened next: a betrayal that caused a key character to leave the Vanguard, possibly for good. Operation Elbrus was a pitch-perfect follow-up to The Witch Queen campaign that leaned into the kind of moral ambivalence that has become core to Destiny’s story over the past year. If The Witch Queen was a big moment of payoff, then Operation Elbrus sets the stage for what’s to come.

For several weeks, the Vanguard has been working with Caiatl’s psions to track down Hive Lightbearers, bring them back to the H.E.L.M., and dig around in their minds for clues about the Hive’s plans. Keeping our enemies in a state of suspended animation in order to do brain experiments on them is something you or I might call ‘doing a war crime’, and it hasn’t been sitting right with Crow either.

A few weeks ago, we witnessed an argument between Crow and Lord Saladin that outlined the ethical dilemma. Crow believes the psychogenics program is beneath the Vanguard, and that we have no right to victimize our defenseless adversaries in this way. Saladin argues for the greater good; the Vanguard has a responsibility to protect Earth and her people no matter the cost. Saladin warned Crow of the consequences of showing mercy to your enemy by relating a story about a young thief he let go only to find her again years later leading a violent cell of bandits. The debate ended at an impasse – though as we later learn from Zavala, the commander of the Vanguard isn’t entirely on board with torture tactics either.

This week, Caiatl’s psion finally found what they were looking for. The Lucent Brood have staged a ritual on the Moon that will wrest control away from Xivu Arath’s forces and allow them to manifest Savathun’s Throne World. In doing so, they’ll be able to launch an all-out assault on Earth, exterminate humanity, and instill themselves as the true Guardians of the Traveler. We manage to stop that ritual and put an end to the Lucent Brood with the help of the Cabal, but when we return to the H.E.L.M., we find Crow alone with a dead Psion.

Crow shuts down the psychogenics lab, but in doing so inadvertently killed Caiatl’s psion. This enrages Saladin, understandably, because it could mean the end of the union between the Cabal and the Vanguard – something very important to the survival of the human race, especially now that the Black Fleet is breathing down our necks. Crow agrees to face the repercussions and meets with Caiatl at the Tower Hanger. As expected, Caiatl’s honor requires a life for a life. As she steps forward to kill Crow, Saladin intervenes, offering his own life in exchange for Crows. Caiatl agrees, demanding that Saladin serve on the Cabal War council for the rest of life. As they leave the Vanguard behind, Caiatl renames Saladin as Brachus Forge, as he is now and forever one of the Cabal.

There are two more conversations before it ends, one where Saladin explains that he made his choice to protect the Vanguard and solidify our allyship with the Cabal, and another between Saladin and Crow where he teaches the new light one final lesson: whether right or wrong, all actions have consequences that we must face.

As we continue to dive deeper into the power of darkness, ally with former enemies, and wage war against the Lightbearing Hive, the lines between good and evil are getting more and more blurry. The Psychogenic Question, like the Trolly Problem or the Prisoner’s Dilemma, is a way to examine one’s personal code of ethics. Saladin is a Utilitarian, he believes in doing the greater good – at least, the greater good for humanity. Crow, on the other hand, is a Kantian Deontologist who believes in universal moral laws. In other words, actions have an inherent moral quality; some things are right, some things are wrong. Their beliefs are incompatible, and when push came to shove, they both had to do what they believed was right and face the consequences.

If you’re looking for the right answer, you won’t find one here or in the game. These are questions mankind has pondered and debated for centuries. Destiny is no longer interested in distinguishing good from evil – it hasn’t been since at least the start of Beyond Light. Rather, Destiny is interested in choices and outcomes and how people – or Hive, or Eleksni, or Cabal – face those consequences. Operation Elbrus is a reminder that being paracausal, or outside of the physical laws of cause and effect, doesn’t mean we’re free from consequences.

This is likely the end of the seasonal storyline for now, and it leaves us with a lot to consider. In the end, we stopped Savathun’s forces and we gained a valuable seat at the Cabal war table. It would be easy to see this as a complete win, but it might not be that simple. Humanity is up against an insurmountable threat from the Black Fleet, and though we have found allies among the Cabal and the House of Light, there is division and doubt within our ranks. Driven by guilt and fear, Crow has proved he’s willing to take control and do what he thinks is best without understanding the repercussions. Zavala is still dealing with a crisis of faith, having learned that the Traveler gave the light to Savathun willingly, and Ikora is wrestling with her self doubt after realizing that her instinct to act quickly can lead to catastrophe.

The Vanguard is weak and divided, and philosophical disagreements like this may further damage our resolve. Despite recent victories over Savathun, the Lucent Brood, and the Witness’ first disciple, we aren’t ready for what’s coming. That’s an exciting, if foreboding place to leave things this season. The two-month wait for Season 17 may feel long, but at least we have a lot to think about in the meantime.