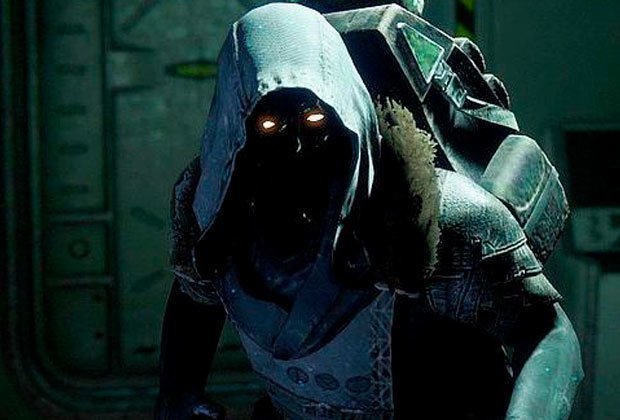 Destiny 2’s revitalised playerbase has yet another reason to check in on Xur with the launch of the Season of the Drifter.

Everyone’s favourite tentacle-faced vendor now sells a new item that’s got fans of the games lore all hot and bothered.

Whilst the Agent of the Nine still offers his usual wares in the form of Exotic Weapons and Armor (which we’ve highlighted here), he now offers an extra incentive for players to seek him out at the end of the week – a new bounty called the “Invitation of the Nine”.

Last week Xur could be found on Titan, but even if you weren’t able to find time to say hello to old squid face, don’t worry, Bungie has confirmed that it doesn’t matter if you didn’t start your quest right away.

If you’re looking for lore, Invitations of the Nine started last Friday, and it continues for many weeks to come. Complete the first invitation to discover the backstory of the Drifter and his ties to the mysterious Nine. Everyone who accepted the first invitation last Friday will have a new experience this week. If you missed it last week, don’t worry. You can pick it up this Friday. There won’t be a cutscene every week, but that definitely wasn’t the last one you’ll see.

So if you’re yet to begin this new quest, you might want a guide for the first Invitation of the Nine quest, which is entitled “The World”. Follow the link for more details on what you need to do.

If however, you’ve already completed step 1 you’ll now be ready to take on the next stage. Read on to learn about the games second Invitation of the Nine bounty, titled ‘Justice’.

The second phase of the Invitation of the Nine quest is titled ‘Justice’ and unlike the first week, it’s pretty simple.

Here’s the rundown of things you need to do:

So yeh, it’s rather easy this week. And if you’re still working on The Last Word weapon quest, you’ll be hunting Hive on Titan for one step anyway.

Where is Xur? What is he selling this week?

Xur has returned in Destiny 2 and can be found on the EDZ near THE WINDING COVE selling the stock listed below, which can also be seen in the video above, where you can also get a better look at the exotic gear stats.

Xur is also selling the Five of Swords (Nightfall Challenge Card), the Fated Engram and the new Invitation of the Nine costing 9 legendary shards.

For those who need to know, the power level of the items sold by Xur scales to reflect your Guardians power level.