Invincible is a show about superheroes, so as you might expect, there are a lot of superheroes involved. Mark Grayson is the titular superhero, while his father is Omni-Man and his friend at school is Atom Eve. On top of these, there are the Guardians (think Justice League/Avengers types), who are murdered by Omni-Man in the first episode, as well as a demon detective, a kaiju, aliens, and several superhero teams in the mix. That’s not even all of them – when I said it has a lot, I wasn’t kidding. It can sometimes be difficult to keep track, to be honest. Despite that, it feels like the show’s real hero is Debbie Grayson – Invincible’s mother and Omni-Man’s wife – even though she has no superpowers at all.

When I say it can be difficult to keep track of its characters, that’s to the show’s credit. It feels like a real world populated with superbeings, not a television show where everyone needs to be set up for the audience’s benefit. The story begins just as Mark gets his powers and as Omni-Man kills the Guardians, so it’s a very natural and structured starting point. It feels like we have been dropped into an ongoing saga, with much of the narrative taking place before we arrived, relationships already feel layered, complex, and embittered before we have even seen characters in the same room together.

Because of this, all of our eyes are on the heroes. They’re the ones moving, the ones pushing the plot forward, the ones involved in the intense action scenes. What will Mark do with his powers, how will he develop, how will he balance his relationship with Amber (and what appear to be feelings for Eve)? Why did Omni-Man kill the Guardians, who will he target next, will he get away with it, what will happen when Mark finds out? These are the questions we care about. Will Debbie sell a house in her realtor job? Pfft, who cares. She’s just a normal, boring person. 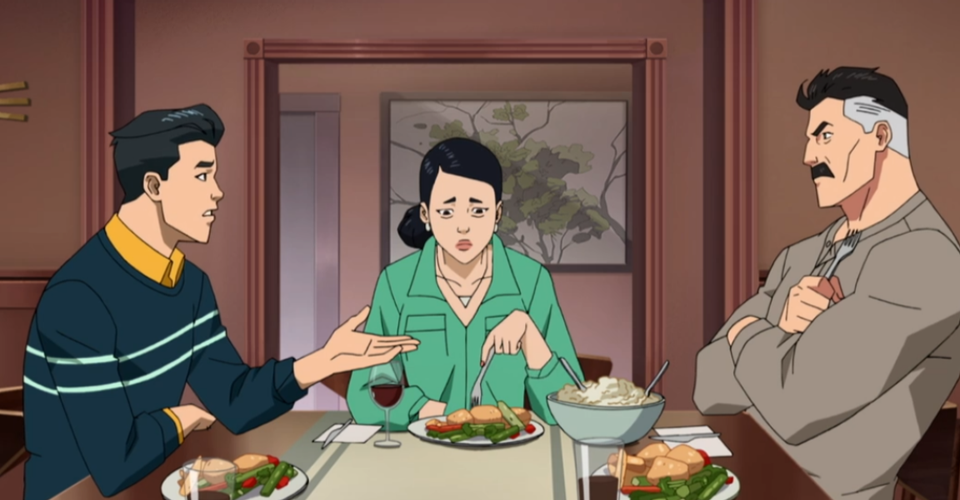 It feels like the show is ignoring Debbie in the opening few episodes, just using her as a stereotypical mother figure ensuring the house is maintained while the boys are off playing superhero – but that’s exactly what the show wants us to think. It’s not ignoring her so much as it is underplaying her. We’re not supposed to think anything of her. It fits with how Omni-Man sees her, how Mark is growing to see her. It’s through this disrespect that she emerges as the show’s true hero.

The series ends with Mark learning of Omni-Man’s crime, thanks in part to Debbie’s bravery in investigating her own husband, despite being terrified, despite loving him, and despite knowing he could kill her in an instant. For all the violence and bloody spectacles in the show, Debbie’s lone investigation is the bravest thing in it.

When Mark confronts his father, Omni-Man tells him of the true plan. He and Mark are both Viltrumites, meaning they will live for thousands of years. Omni-Man was on Earth to make it ripe for Viltrumite colonisation, which meant taking out Earth’s best defence as soon as Mark came of age. During the battle, Omni-Man tells Mark that everyone on Earth must either die or submit to the new Viltrumite rule. When Mark asks about his mother, Omni-Man admits that he loves her, but rather coldly describes her as being “like a pet” – he will outlive her by centuries, and has no time for humans at all. However, the reason Omni-Man spares Mark, the reason he leaves Earth without completing his plan, is because of the love for his son implanted in him by the affection he has for his wife. The showdown might be between Omni-Man and Invincible, but Debbie Grayson is at its heart. 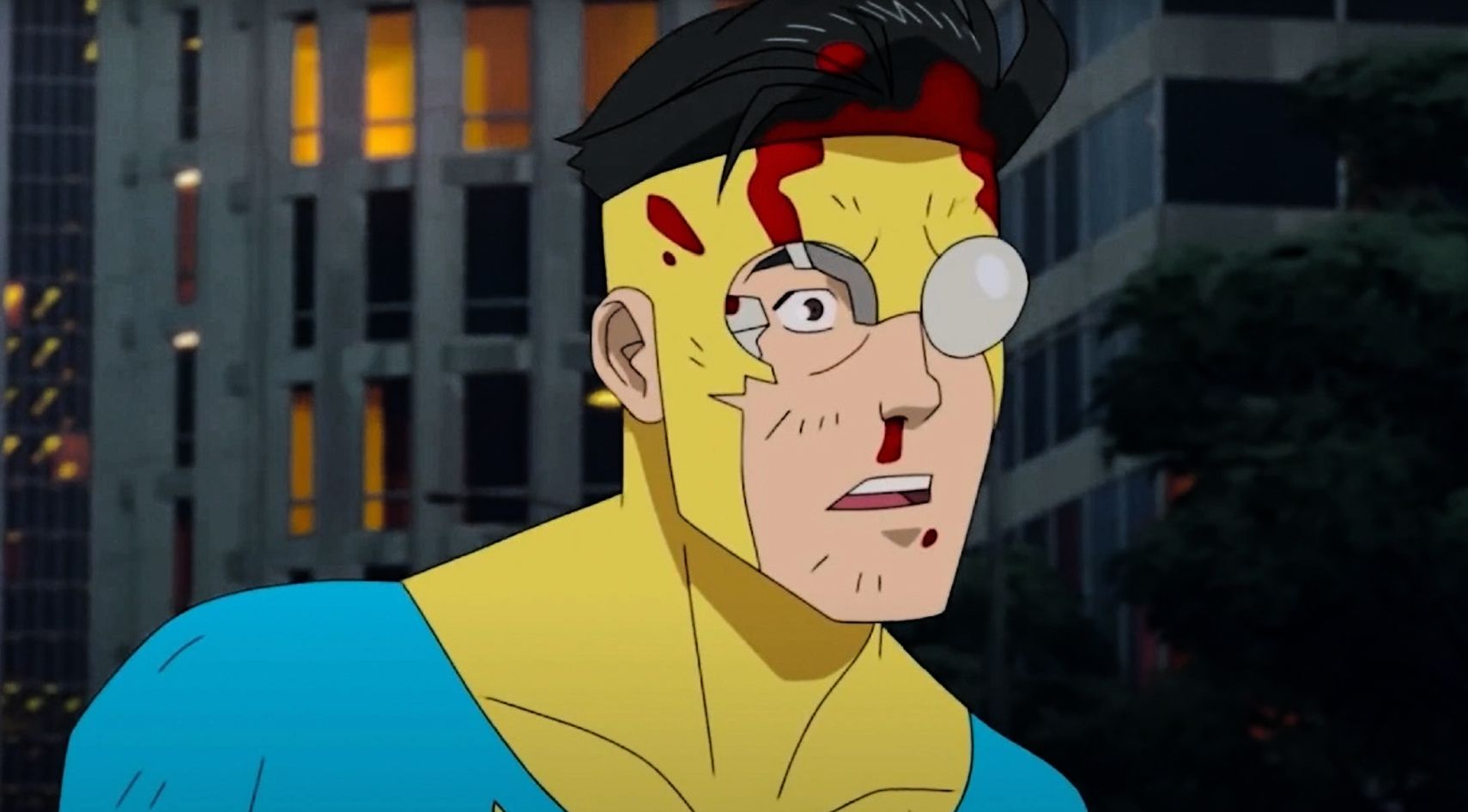 That’s fitting, because she’s at the heart of the show, too. Without her, Invincible might have teamed up with Omni-Man and ravaged the Earth. Without her, Omni-Man might have killed his child and continued with his plan unabated. Without her, Omni-Man might have gotten away with it all. Debbie Grayson does not just exist in this world of superheroes as the humdrum backdrop, making sure dinner is on the table and shirts are ironed – she exists at its core. She might not have all the action-packed scenes to her name, but there is no Invincible without Debbie Grayson.