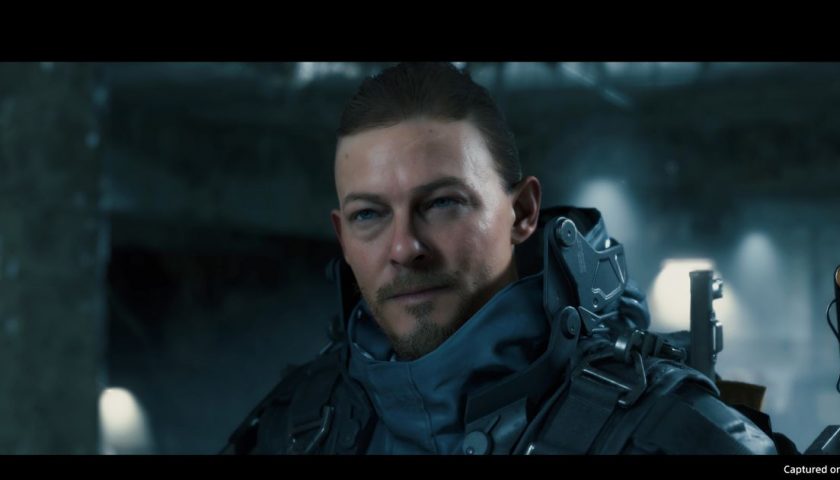 Hideo Kojima’s genre-defying sci-fi epic has been given a PS5 makeover after just missing out on the new console launch back in 2019.

But unlike the recent Ghost of Tsushima: Director’s Cut, there’s no big new multiple hours-long story addition to the game.

It’s more refinement and overall expansion woven into to original tale than a whole new area to explore or fresh backstory to learn.

As a result what we get is the very best, definitive version of the wildly sprawling future apocalypse epic.

And for just a £5 upgrade fee, it sits at a very tempting price for owners of the PS4 original who may now have a shiny new PS5 in the front room as well as newcomers to the game.

For the unaware, the basic premise is that in the future, a mysterious event known as the Death Stranding has opened a doorway between the living and the dead.

It leads to grotesque BT creatures from the afterlife roaming the fallen world marred by a desolate society trying to stay alive and out of the timefall, rain that ages you in an instant if it touches you.

As Sam Porter Bridges, your mission is to deliver hope to humanity by connecting the last survivors of a decimated America, dotted around the stricken country in little community pockets.

You do this by effectively being a delivery man, moving vital goods between settlements, piecing together a camaraderie while also on the path to saving your sister who is being held captive on the other side of the US.

The developers have given the game a real overhaul in the early stages to make it feel smoother as you slowly peel back the onion and work out not only what the story is, but how to play this unusual title too.

There are revised introductory game tips and guides, new supporting weapons, equipment and advanced combat as well as new vehicles and enemy types.

It’s all designed to ease your entry into what is a massive game better than the disjointed original.

While we say there’s no big new story arc for Sam, there are new missions in this Director’s Cut and they’ve expanded areas to explore to give the overall story a longer, more extended feel.

One notable addition is a new racing mode called Fragile Circuit, which gives you a car game within the game.

The haptic feedback added to the DualSense controller really helps with the immersion.

You feel the environment more around you as the rains fall and your BB – a baby that senses the dead – screams agonisingly through the little mic on the controller itself.

It’s all quite tense and really sucks you into the game.

Death Stranding also now caters for 3D audio on certain compatible headsets, which again just gives you that sense of being surrounded by the daunting environments on screen.

Of course the PS5’s super fast SSD hard drive means quick load times, which is a welcome addition, and visually this is up there with the very best on the console, running silky smooth at 4K 60fps.

You can donate valuable resources to rebuild structures in your world to other players and offer likes in support of player structures that appear in yours to reward them for their contributions.

The Director’s Cut adds more online functionality like Friend Play and Leaderboards too.

Overall, this is a full-to-bursting title, even bigger than the huge PS4 original.

It looks astounding, sounds great and that immersive feedback in the controller brings this odd sci-fi world to life like never before.

If you played the original and feel ‘done’ with it, there may not be enough big tweaks to bring you back for another go.

But the upgrade price point is good and it’ll definitely appeal to those gamers who missed out on playing the original and now fancy jumping in on PS5.