These communities act as central hubs where merchants, chefs and mechanics live relatively safely within the camp walls, providing ammunition, repairs and income for Deacon if he visits their stands.

During your initial visits only basic items will be available to you, but carry out missions for the camp and clear infestation zones and you’ll build trust. Trust is a hugely important commodity in Days Gone, with high levels allowing you access to more weapons, bike upgrades and better medicine.

Unfortunately, these survivor campsites are constantly under attack from the multiple marauder camps and ambush sites. Marauder camps can be located by the thick plumes of dark smoke you’ll spot from afar, and these settlements are manned by a handful of thieves and murderers you need to take out. 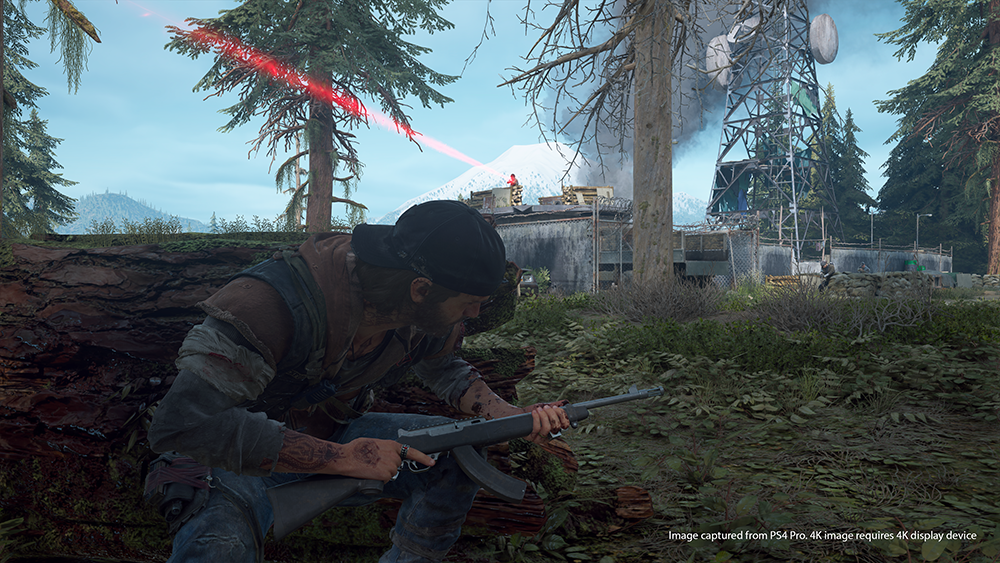 Combat itself is fluid and, depending on the tools you have in your inventory, you’ll be able to fashion deadly melee weapons for devastating physical attacks.

As you progress in the game you’ll come across better weapons and you can craft ammunition too, with crossbow bolts made from tree branches a strong combat staple.

Once you’ve cleared an ambush camp of hostiles, the location will become a safe zone for Deacon, a place where he can store his guns, and source marauder maps to uncover secrets hidden in the world.

Ambush camps are dangerous, but it’s the Freakers in all their various forms that are the main threat. Lone Swarmers are the most common Freaker, but mutations have altered the Swarmer into a variety of different zombie types.

Child-like Newts wait on rooftops, only attacking when your health is low and you’re at your most vulnerable. Screamers shuffle around aimlessly until they come across a survivor, at which point they’ll emit a deafening cry alerting all enemies in the area to your position, even attracting zombified wolves, crows and bears. 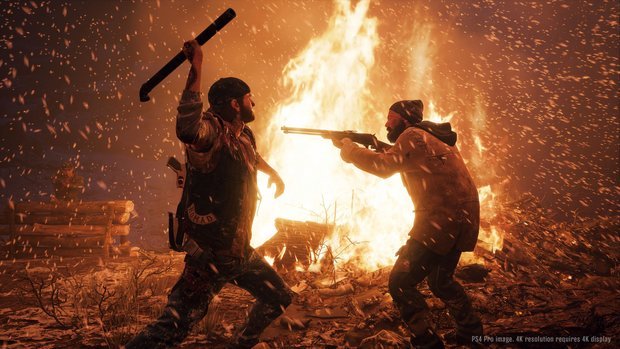 It’s also important to note that Freakers like to build nests. Clusters of nests create infestation zones and these areas are almost impossible to pass through safely.

Burning through the nests is the only way to pacify such an area but it’s easier said than done. Areas free of nests are much safer and, as a result, fast travel will open up allowing you to get from point A to point B almost instantly.

While infestation zones are dangerous, they’ve got nothing on the hordes which roam the map; swarms of zombies sometimes hundreds strong.

Visually, hordes are incredibly impressive. They move like a flock of birds, as one but with a differing animation for each individual. It really is quite the spectacle when you first come across a big one.

Taking on a horde is no easy task and, to even attempt it, you’ll need advanced skills and upgraded weapons. When you are up to it, fights are high-intensity, adrenaline-fueled chase sequences and easily the stand-out feature of the entire game.

Of course, behind all that running and gunning is a storyline, with Deacon St. John standing in the middle of it. He is a kind of reluctant anti-hero, but hazmat suit-clad NERO operatives draw him into a somewhat intriguing narrative.

Other survivors play into the story, and the game’s mission-based focus sees you jumping from one character’s plot to the next in a surprisingly well-paced manner.

It’s not quite up there with the best stories the genre has to offer (The Last of Us and Telltale’s The Walking Dead probably pip it) but it’s strong nonetheless, heightened by a superb central performance from Sam Witwer as Deacon.

The game’s story-driven campaign is a hefty thirty plus hours long, and anyone who wants to hunt down all 240 collectibles can expect to add at least another thirty hours to that tally.

And you may find yourself doing just that because collectibles and side-missions provide a lot of fascinating world-building and history.

Post-apocalyptic Oregon is clearly a place developer Bend Studio have thought a lot about, and crafted with tremendous amounts of care and attention to detail.

Days Gone is the open-world zombie adventure game we’ve all been waiting for. Superb zombie-slaying combat and enjoyable motorcycle gameplay are integrated perfectly with a well-paced story. But the game’s major highlights are the terrifying zombie hordes which are unlike anything seen in a videogame so far.