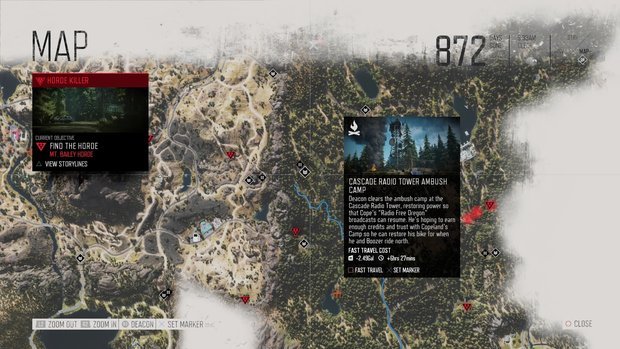 The first ambush camp of the game is found during the story mission “No Starving Patriots” and therefore cannot be missed. It’s a relatively small camp with an assortment of melee and long-ranged fighters, prioritise the marauders with guns before taking down the enemies with bats an machetes. There’s a bunker hidden inside the large shack opposite the tower, inside the bunker, you’ll find a map which reveals a chunk of the map, a few crafting recipes and the nearby items of interest on the map.

At the far north of the Cascade Wilderness region, there’s a second ambush camp just to the northeast of a large body of water. This camp is still relatively small so it shouldn’t be too hard to take down all the enemies. The bunker is at the top of the hill behind a pile of logs and an abandoned car.

Head to the eastern border of Cascade Wilderness to track down the next ambush camp. There’s a sniper here so make so prioritise him before moving deeper into the camp. Once you’ve killed all the residents of the camp you’ll need to locate the bunker to learn some new crafting recipes. This bunker is just underneath the large power cable which stands in the middle of the camp. 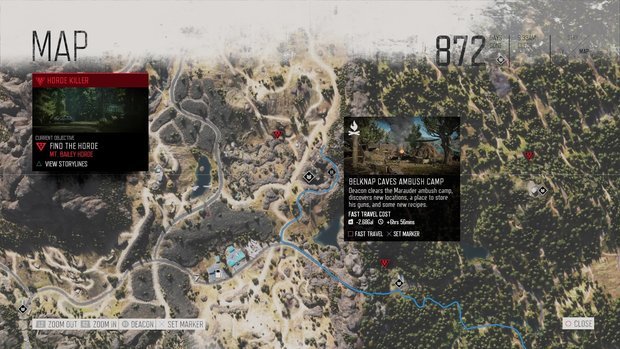 Enter the Belknap region by the tunnel next to the Little Bear Lake NERO checkpoint and once you’re inside Belknap region drive north where you’ll come to the Belknap Caves Checkpoint. There’s a large swarm of zombies who live in a cave just underneath the camp so use them to your advantage by drawing the freaks to the unsuspecting thieves. The bunker is along the mountainous ring that surrounds the base by one of the exits/entrances to the camp.

At the north section of the Belknap region just to the west of the town of Marion Forks, you’ll come across a marauder camp filled with thieves and killers, clear out the hunters and thieves living there before locating the bunker which is on the west side of the camp. Look for a large tree at the base of the mountain where you’ll be able to find the secret bunker.

In the southwest corner of the Belknap, there is a ripper camp causing chaos on the nearby roads and kidnapping survivors who wander into their territory. Rippers are a little bit tougher than regular enemies so make sure you’re stocked with plenty of ammunition. The bunker in this camp is by the bonfire which is hidden at the back of the camp. 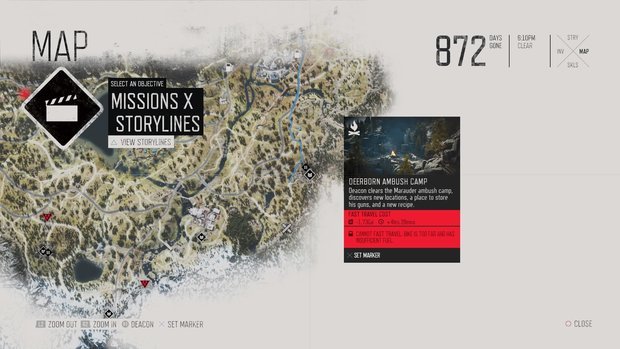 Locate Sherman’s camp inside the Lost Lake region and drive down the road to the south turning east before you reach the Old Sawmill checkpoint. On a rocky outcrop, an ambush camp has been set up and is patrolled by a handful of enemies. Once the camp has been cleared you can start hunting for the bunker which is at the north end of the camo by all of the enemy tents and stations.

Just west of Berley Lake on the south of the map and northeast of Iron Mikes safe zone you’ll find the second ambush camp in Lost Lake. Berley Lake is a smaller sized ambush camp but still has a large chunk of enemies living there. Make sure to use throwables to take down multiple enemies who clump together, once the camp is clear find the bunker which is near a pile of rocks to the east of the camp. 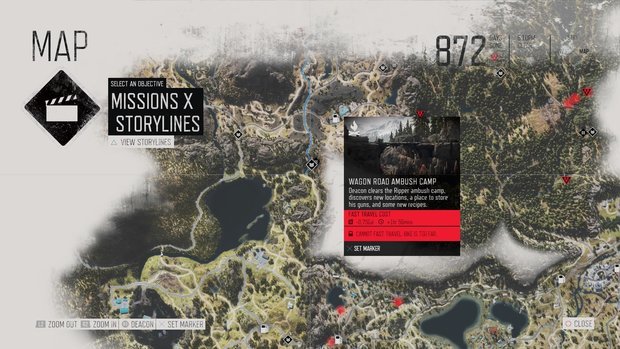 Wagon Road ambush camp is directly east from the road that enters Iron Butte from Belknap from the north section of the Iron Butte map. It’s another Ripper camp so prepare for a challenging fight to clear the camp. The bunker in this zone is by the gate which leads to the tunnel, look for the campfire to narrow down this location.

Travel to the northwest section of the Iron Butte map and turn off down the dirt track to the south just before you reach the flooded area of the map. The Redwood RV Park camp is a large base that consists of abandoned RV’s and caravans which are perfect for finding cover from gunfire. When the last enemy falls you’ll be able to find the bunker which is at the north point of the camp near the rocky outcrop. 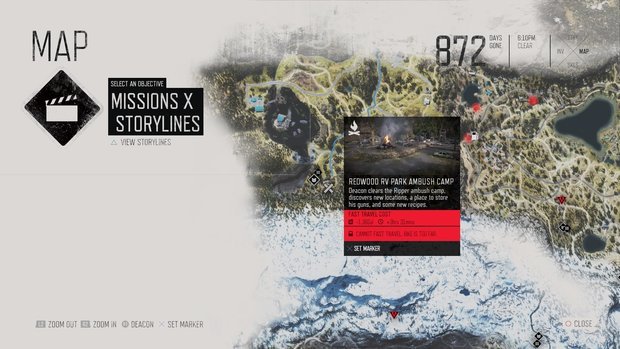 In the mountainous snowy area of northern Crater Lake by a derailed train, you’ll be able to find the first of two ambush camps in this region. Cascade Lakes is a medium-sized camp with a handful of challenging enemies, once you’ve taken them all down head to the railway tracks where you will spot the bunker.

Spruce Lake can be found at the very southeast corner of the Crater Lake map and also doubles up as a NERO Checkpoint location. Take down the snipers first and then focus on the stronger enemies in the camp to successfully win back control of Spruce Lake. The bunker is inside the tent to the right of the entrance. 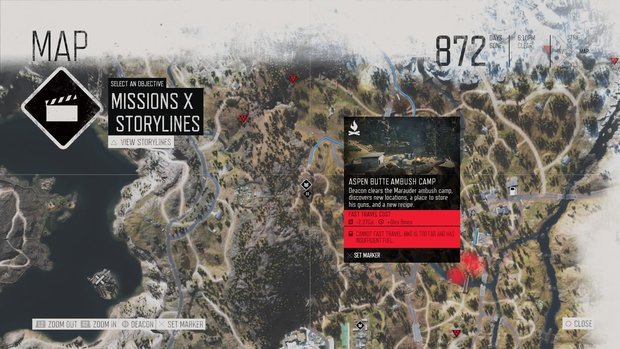 Aspen Butte is the first of two ambush camps in the Highway 97 region and it’s just north of Chemult’s Community College. Often a number of screamers hang around this area so make sure you distich them to make for an easier fight. On the other hand, you can always use these freaks to draw large quantities of infected to the unsuspecting killers in the camp. When no one is left alive head inside the small outbuilding near the large tower.

The final ambush camp in Days Gone is located in the swampy marshland in the south of Highway 97. Just east of the Pillette Bridge NERO checkpoint, clear the camp and take advantage of enemies clustering in the same place utilising throwables for this base. The bunker is to the west of this camp and exploring it will earn you the completion of this questline and the accompanying trophy.