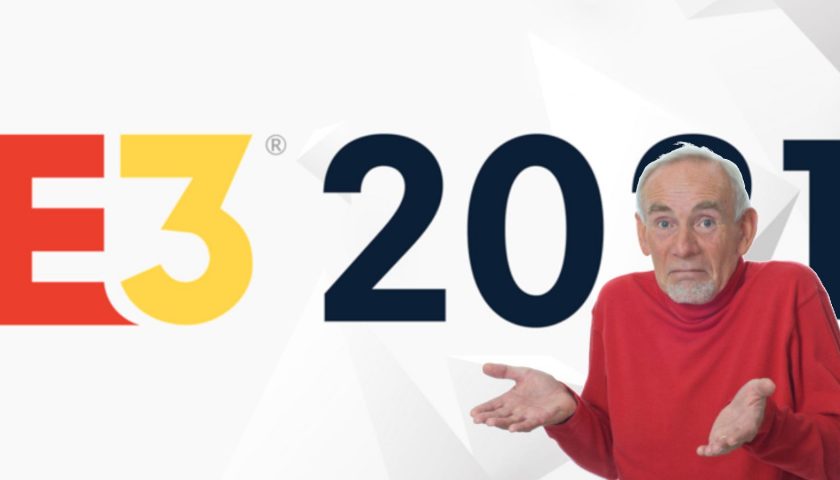 Today’s official E3 channel on Twitch maintained over 100k viewers for the entire eight-hour stream. Between official channels on Twitch and YouTube, as well as individual outlets and streamers covering the events, and of course, the publishers each hosting the events on their own dedicated channels, it’s likely E3 Day 3 pulled in views in the multi-millions. Astonishingly, the entire day was almost completely devoid of any gaming news at all.

Traditionally, E3 has been a time for major publishers to show off their most exciting upcoming games. There has always been an element of competition between the major gaming companies, going all the way back to the very first E3 in 1995 when Sony announced the price of the PlayStation, undercutting the Sega Saturn by $100. Every press conference was stacked with big reveals and impressive presentations in an effort to stand out from the rest. The big question at the end of every E3 is always “who won?”

There were certainly moments during the first couple of days of E3 that felt like that. The Xbox/Bethesda showcase brought us an update on Starfield, as well as a new Halo Infinite cinematic, the Guardians of the Galaxy game from Eidos shocked Marvel fans, and Redfall, Arkane Studios new open-world co-op shooter, certainly wasn’t what anyone was expecting from the studio that made its name with single-player immersive sims. Those are the kinds of moments that make the convention what it is, and will be what everyone remembers about E3 2021.

But that was just the first half of E3. Day 3 of E3 was something completely different. The day started off with a presentation by Verizon that talked about the power of its 5G network for mobile gaming. The next show was a pre-recorded segment from Intellivision all about its $280 retro-inspired console, the Amico. While some Amico-exclusive games were shown here, it wasn’t exactly the kind of E3 presentation designed to get fans up on their feet.

Next on the schedule was Take-Two Interactive, publisher of Rockstar Games, Private Division, 2K Sports, and many more. Fans were hoping for updates for Grand Theft Auto Online, Borderlands, or perhaps the rumored Marvel game from Firaxis. Instead, Take-Two hosted a 45-minute Zoom panel about diversity, inclusion, and equity in the game industry. If you engaged with the panel I believe it was worthwhile and illuminating. There were some valuable resources provided and a valuable discussion was had. Was E3 the right venue for this conversation? They certainly had a big audience for it, but I don’t suspect viewers were in the right place for a panel like that.

Now more than two hours into E3 Day 3, we hadn’t yet seen a single (non Amico-exclusive) game. Next up was Mythical Games, which spent 40 minutes talking about a single title, 2020’s Blankos Block Party, and all the NFT/blockchain/scam technology it uses to allow players to create and monetize assets in the game. Cool.

Finally, three hours into the day, we got to see some games. The indie showcase featured a quick look at a small handful of charming indie games like Fallen Aces, Toy Soldiers HD, and Moo Lander. The entire presentation was 15 minutes long, less than half the length of Mythical Games NFT bullshit.

The Freedom Games showcase followed which revealed six upcoming indie games, including Dark Deity, Cat Cafe Manager, and a Pokemon inspired game called Coromon. Had this showcase been placed in between some bigger AAA showcases, I suspect it would have played great. After half a day of filler, unfortunately, the audience was already too low to feel the needle move. Things didn’t get any better afterward, as the Venn presentation just featured an extended interview with 100 Thieves Nadeshot. A fascinating interview to be sure, but once again for the fifth time today, not the kind of thing that plays well at E3.

At the 5.5 hour mark we finally got a big boy. The Capcom presentation was by far the biggest show today, and after so much nothing all day long, expectations were sky high. Here is everything that Capcom showed in their 30-minute showcase:

Not a single game was announced during the showcase. Nothing was shown for Pragmata, a mysterious new title announced in 2019. The next Street Fighter character wasn’t revealed. No Dragon’s Dogma 2. No Mega Man. The presentation was remarkably light on information all around.

E3 has always been about impressing the players as much as possible, but today was a clear indicator that the purpose of the show has changed. It was always a big expensive commercial of course, but at least it felt like the publishers were really working for it and trying to create exciting experiences. As I write this, the final presentation of the day for Razer has ended and the hosts are talking about how many USB ports the new $1800 Razer Blade laptop has. A four-day E3 schedule couldn’t possibly hit us with non-stop reveals, and I don’t even necessarily bemoan any one specific showcase today from being part of the event. But ten indie games and a couple of sparse Capcom updates isn’t E3. I know the unbelievable impact that the pandemic has had on the industry, but it’s evident that a four-day schedule for E3 wasn’t the right call for fans that were excited to see some new games.