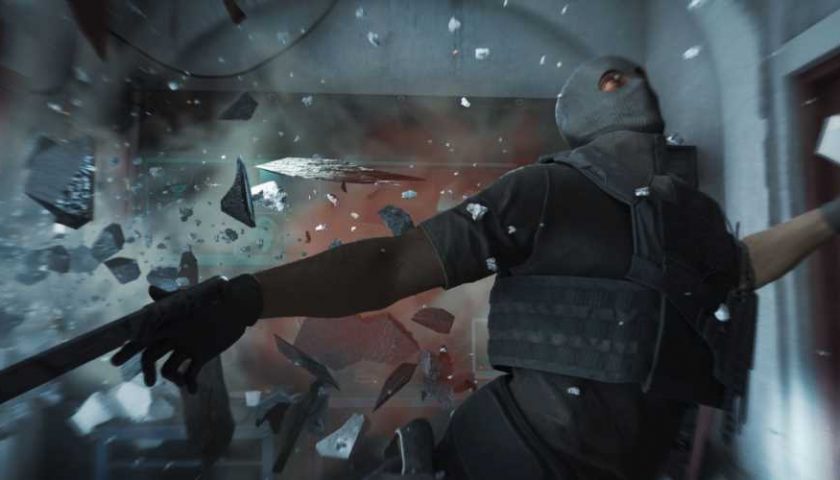 As time slows so I can accurately shoot the rebels charging at me, mimicking the lightning-fast reflexes that special op soldiers in video games are renowned for, it feels like I’m playing older titles that use this mechanic: Max Payne, WET, Call of Juarez. It’s a mechanic that’s been done before and done better, a statement that summarises how I felt while playing Remedy Entertainment’s upcoming single-player campaign for Smilegate’s CrossfireX.

Combat Breaker is the name of this time-slow mechanic, and it’s the main feature that differentiates CrossfireX from other shooters. Only, as I’ve written above, it doesn’t help to differentiate it all that much at all. From the moment I started, I felt like I was playing any FPS from the late 2000’s PS3 and Xbox 360 era. Everything from the setting, to the guns and characters felt uninspired and tired.

CrossfireX puts you in the shoes of a Global Risk operative – a private military contractor that gets the job done. Your first mission is standard stuff. Go into a town in war-torn Azkharzia – a fictional place that looks like it hasn’t recovered from being a Soviet Union satellite state – and extract a highly important target. Things quickly go south. Your evac is compromised, you’re on your own, and it turns out there’s more to this mission than meets the eye. It’s the start of a lot of shooters you’ve played before. 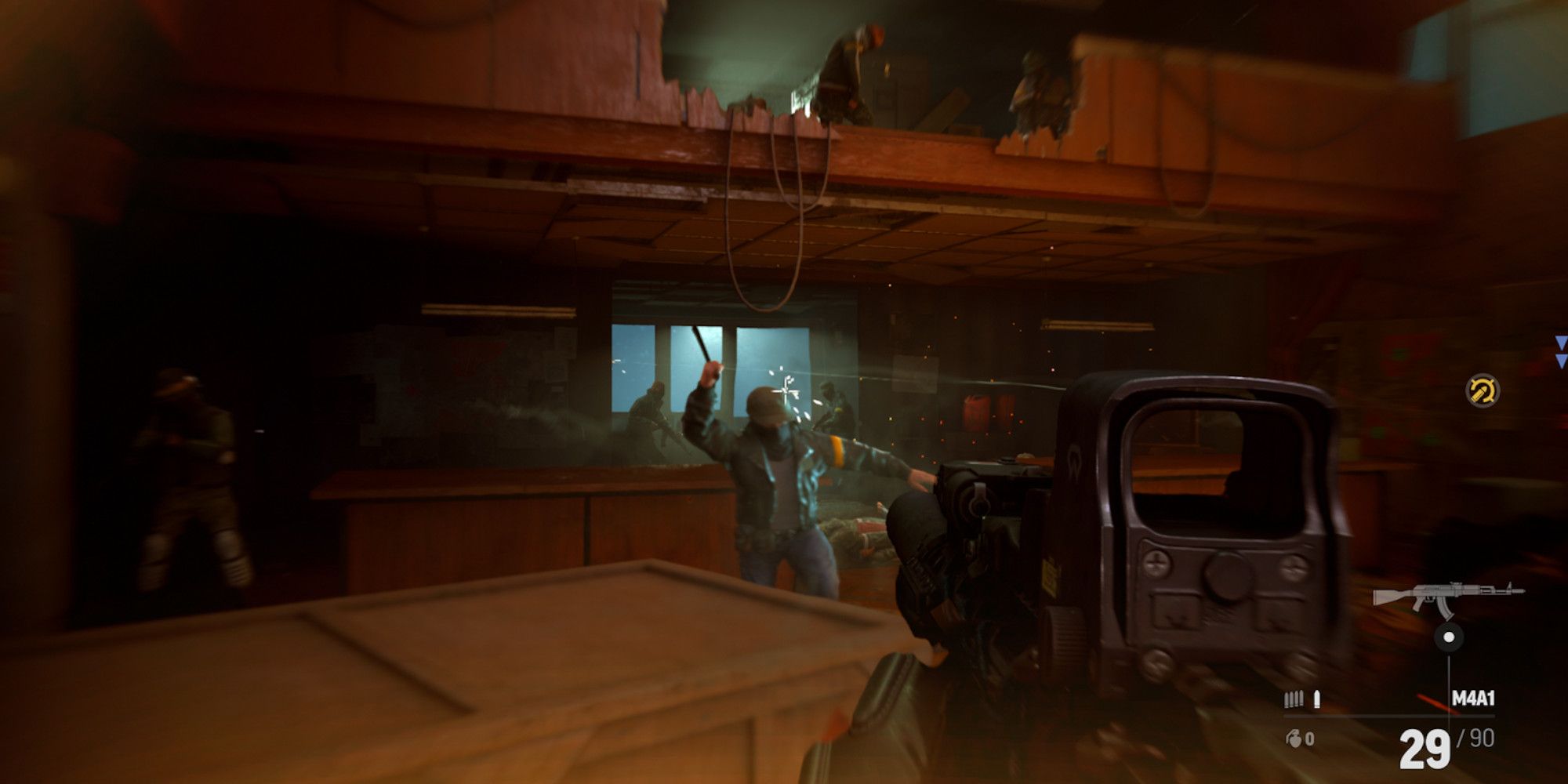 To give CrossfireX some credit, it does a good job of throwing you straight into the action without too much exposition. The narrative is delivered over radio and via teammate chatter as you play through levels, and the cutscenes never feel overlong. The delivery won’t win any prizes for innovation, but it works. I can’t get too into what the story entails, but it definitely piqued my interest. It’s just a shame I had to slog through the dull and dated gameplay to experience it.

However, the weapons aren’t particularly distinctive. Sure, a shotgun hits hard at close range while a sniper rifle is best for far targets, but that’s where the differences end. There’s no weight to any of the rifles, nothing that sets them apart from the others. All the minor variations in fire rate and recoil feel so minimal that there’s never really a need to think about which one you’re using – just point and shoot. 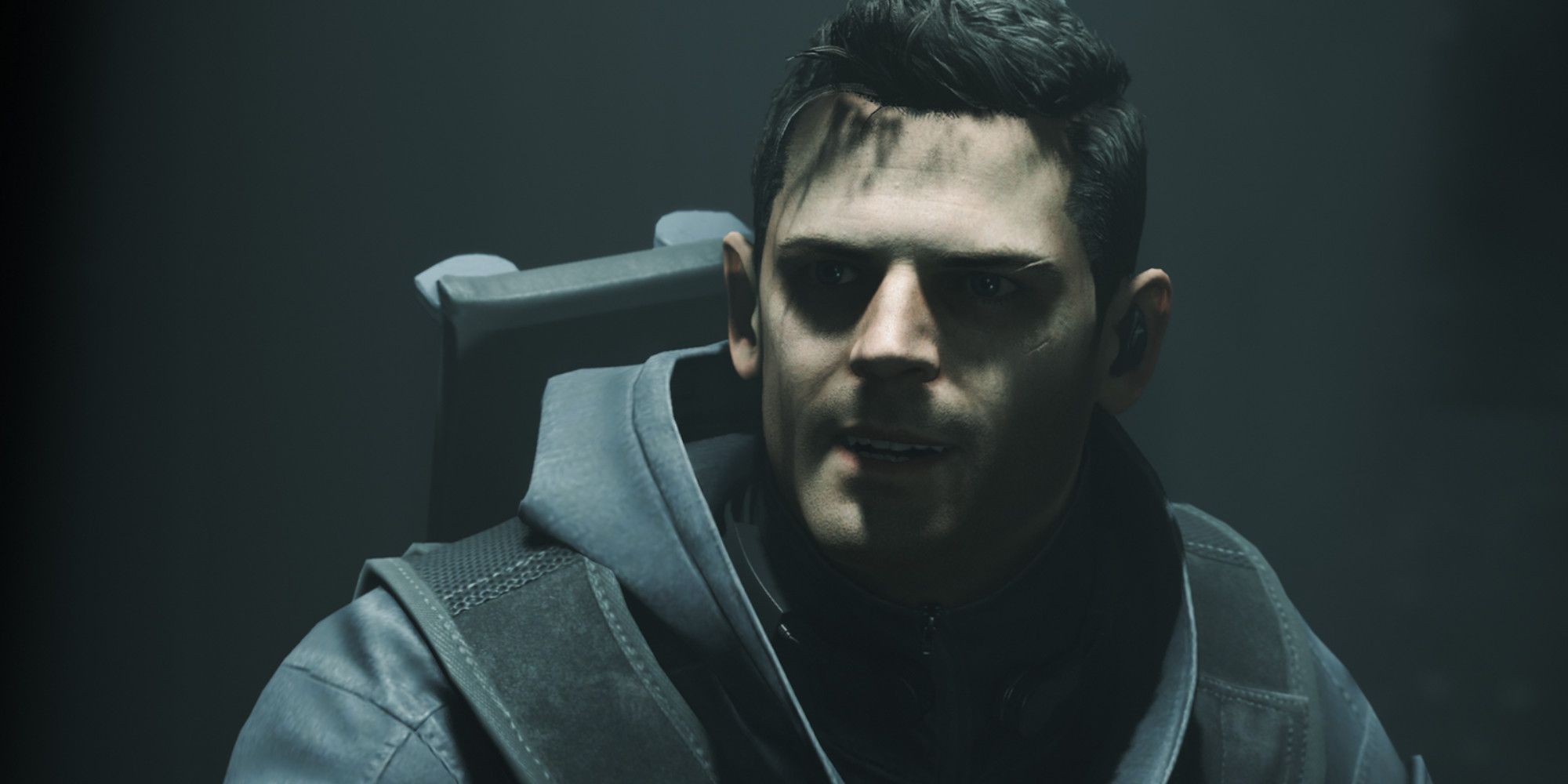 This mindset extends into how you progress through levels. They’re all incredibly linear with a handy waypoint that always leads you to the right door. Most of the time, all you have to do is clear out the enemies in a series of rooms, but there’s the odd stealthy section that breaks up the monotony. There’s also a level where you get pinned down by a building full of snipers and have to dash between cover as your teammate suppresses them for you. It’s a fun and tense moment as you look for the glint of their lasers, but it’s sandwiched between those staler, standard firefights. Unfortunately, it’s a formula I’ve played through countless times before: levels of rooms filled with cannon fodder interrupted by the occasional fun gimmick.

The first chapter of the Spectre campaign is a standard military propaganda shooter. Azkharzia is the perfect playground for American soldiers: all civilians have fled and only combatant age rebels remain. Flags with AK47 silhouettes adorn interior walls while makeshift bombs and disassembled guns are common set dressing for tables and countertops. It turns out, Black List, another PMC – or terrorist organisation depending on what side you’re on – are using the local rebels to cover for their own nefarious missions, so to liberate the town you’ve got to kill everyone in it, Black List puppet or not. 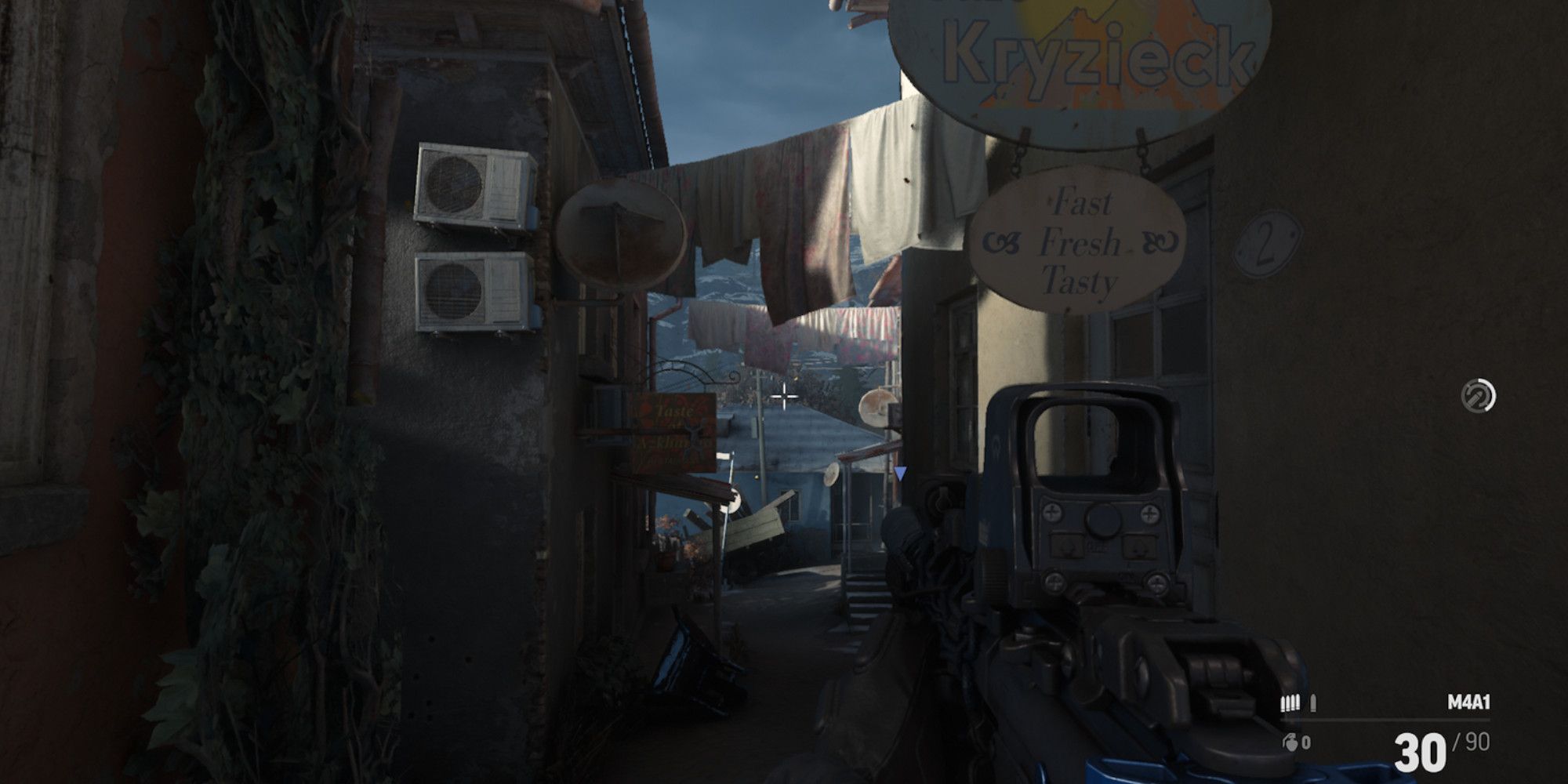 The Catalyst campaign is more interesting. You play both sides so that you always come out on top. As a new Black List agent you continue to unravel the sci-fi plot that follows on from the events you started to uncover in the first Spectre chapter. In Catalyst chapter three, you’re tasked with infiltrating a Global Risk base and stealing a nifty MacGuffin. It reframes the conflict as a David and Goliath situation, where upstart Black List is being scapegoated by the huge and bullying Global Risk. Really though, both organisations are sinister and willing to use people to pursue their leaders’ goals.

The second campaign allows for an interesting switch in perspective thanks to the introduction of new characters to the game. Unfortunately, these soldiers are just as boring and cliche as the ones in the Catalyst chapter. Instead of a standard squad of four military tough guys, there are two tough guys, one hacker woman, and one newbie who got roped into somebody else’s fight due to a cruel twist of fate. They also all look very uncanny. The character models blur the line between stylised and realistic in a way that makes me very uncomfortable. 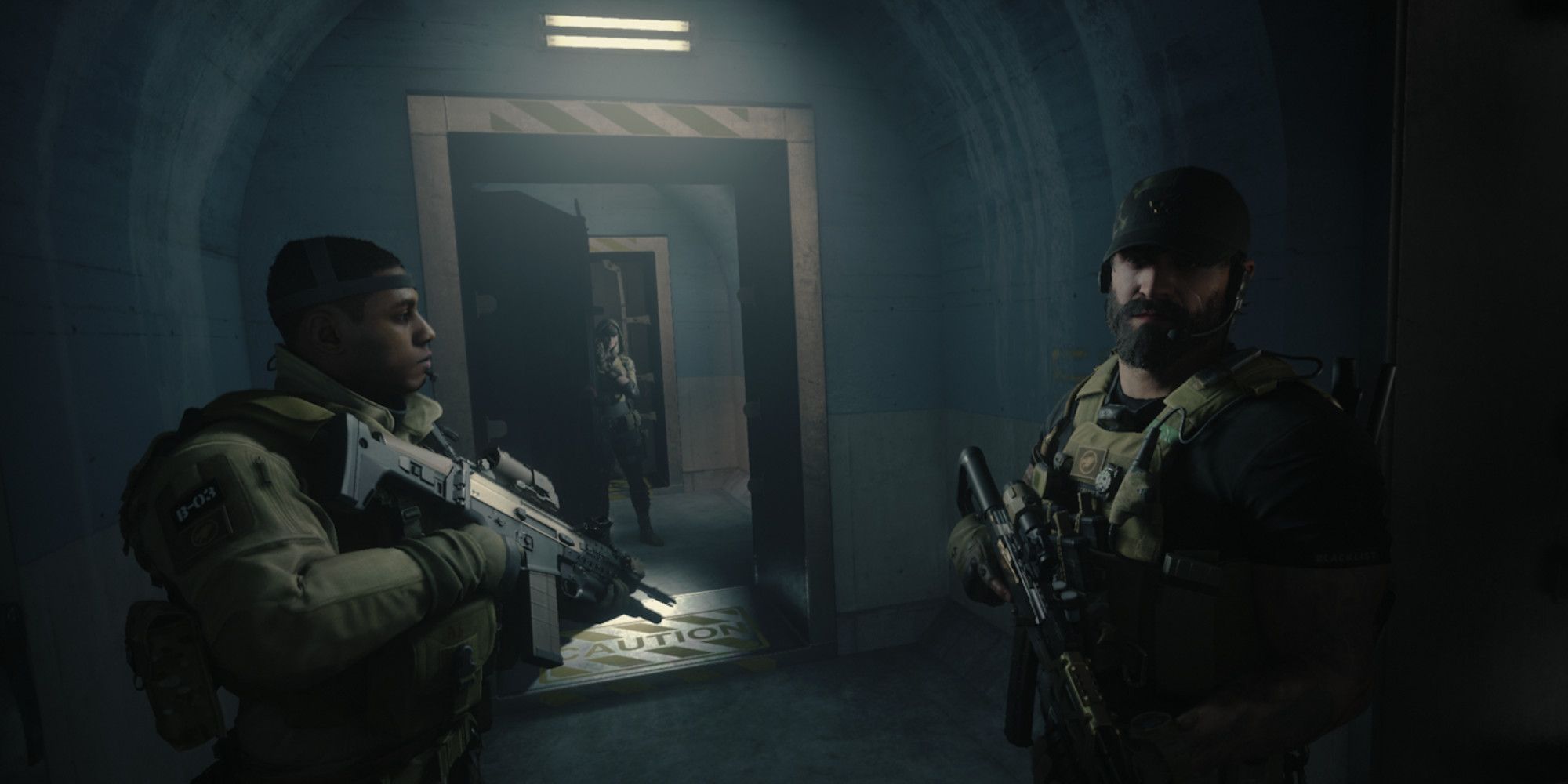 While the new characters don’t add much personality, this chapter did have a great gimmick section, even though it’s also lifted straight from older games. You have to navigate a couple of laser corridors to disable a security system. It makes the secret base you’re in feel comically over the top, like you’re in a James Bond film. It works. It’s just fun. 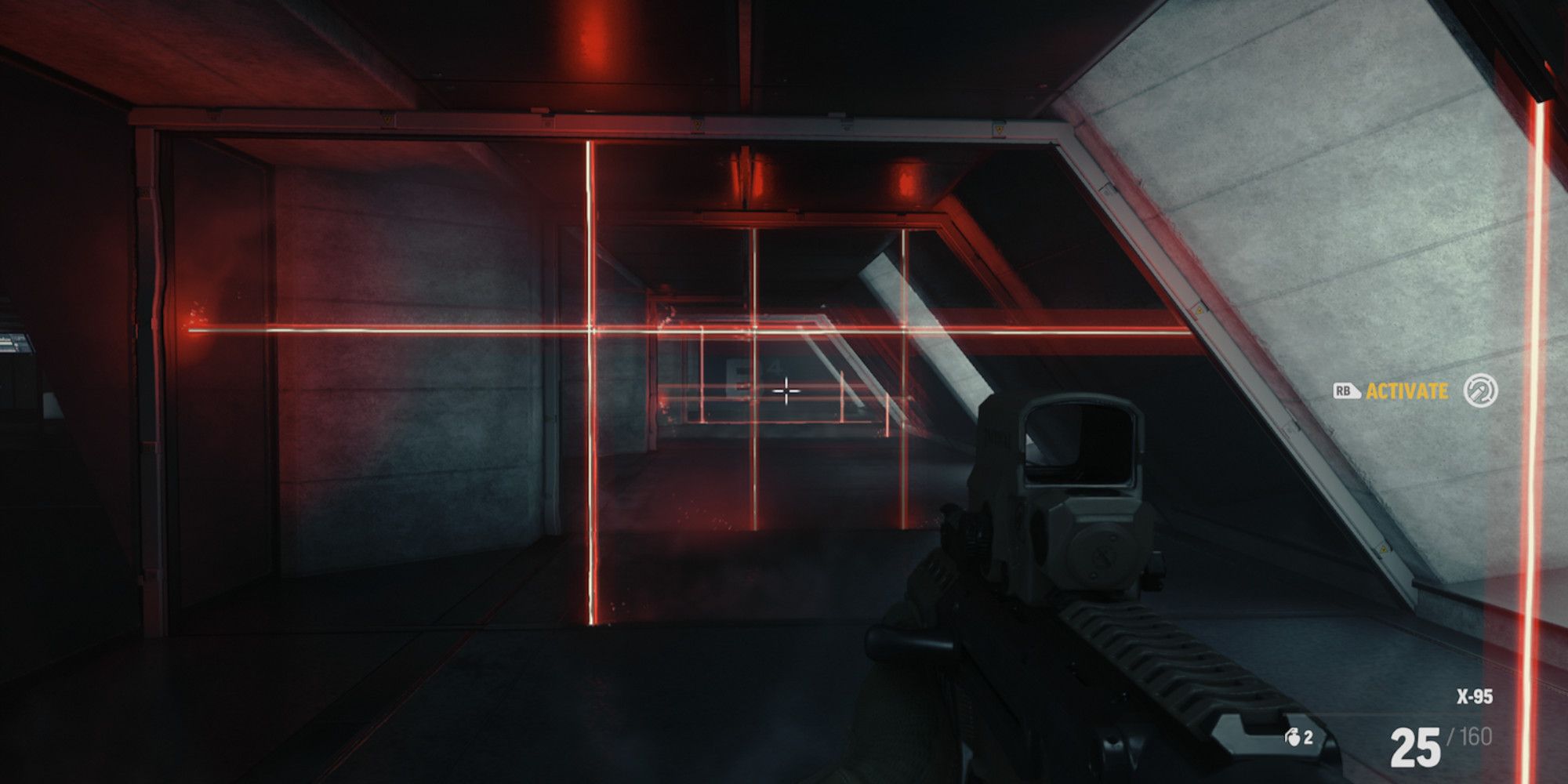 I didn’t play the multiplayer, but that’s in the hands of Smilegate, the developers of the original and hugely popular CrossFire, a free-to-play multiplayer FPS that has hit one billion lifetime players and generated over $12 billion in revenue. It’s spawned spin-off mobile titles and PC games, as well as a Chinese television drama and a film being helmed by Sony.

CrossfireX is a decent attempt to bring a story into the series, and while it’s got an intriguing tale, I’m not sure if Remedy’s gameplay is good enough to make me want to engage with it. It’s the game equivalent of comfort food – nothing special, but you know what you’re getting, and when you crave it, it hits the spot, even if you do feel a little guilty afterwards. This is an Xbox exclusive, so if the game debuts on Game Pass, I’d recommend it if you’re looking for a familiar shooter with an interesting story. If you want an FPS that feels next-gen, however, CrossfireX is at least two consoles too late.