Critical Role is one of the internet’s most popular Dungeons & Dragons shows for its fantastic world-building courtesy of DM Matt Mercer, the talented players that all lend their voice acting talents to their characters, and the perfect balance between hilarity and seriousness in their role-playing. Because of this, every episode has its shining moments; here are some of the best moments of Campaign 2 Episode 91 in our opinion.

Major spoilers for Campaign 2 Episode 91 ahead! 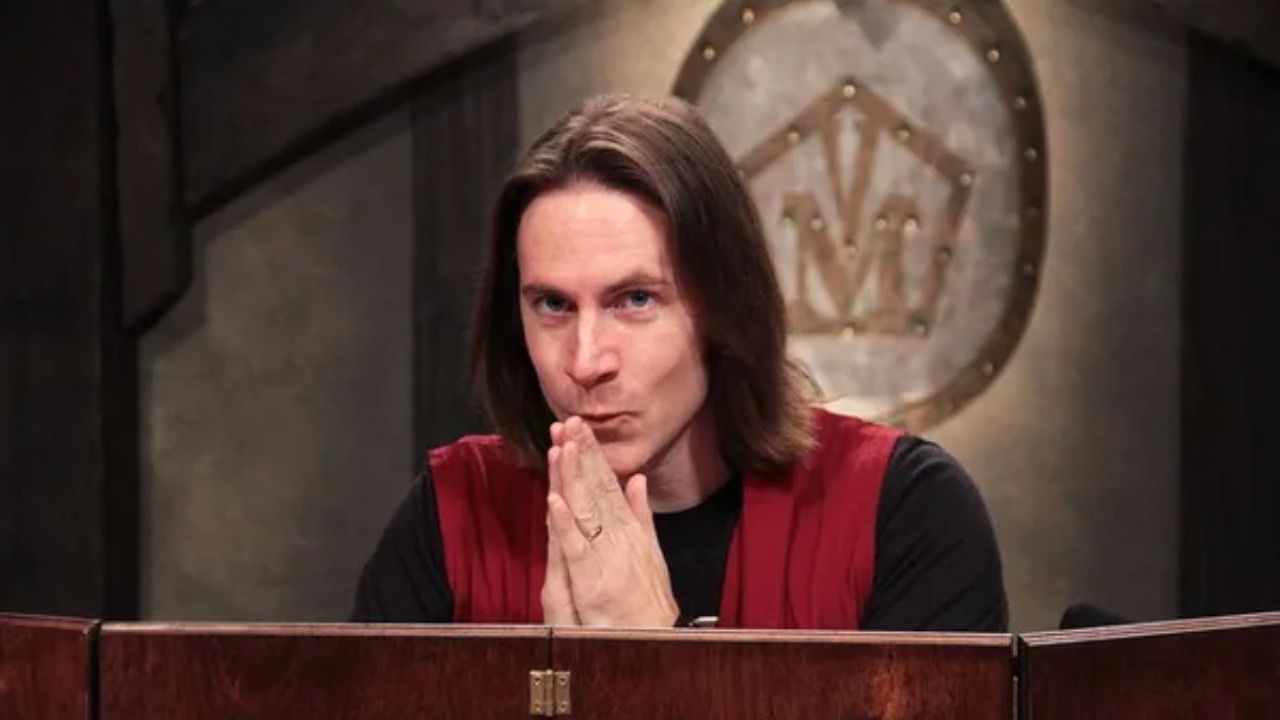 A Hack-Off Between Laura Bailey (Cryptonic Override) and Sam Riegel

Sam is usually in charge of doing the ad spots on Critical Role, and his commitment to these bits are always hilarious. Although D&D Beyond, the long-time supporter of the show, is usually in the spotlight, occasionally other companies will support the show monetarily as well. This episode, Nord VPN’s sponsorship resulted in Sam continuing the story he started in the last Nord VPN spot, featuring him as a hacker and facing his rival, Cryptonic Override. By doing some hacking mumbo-jumbo, Sam is able to determine that his rival is none other than Laura Bailey! The only way the duo can settle their score is by having a hack-off, of course. However, they discover there is something bigger at stake and they need to team up together to hack the planet. We’ll find out what happens next when (or if) Nord VPN sponsors Critical Role again.

As the only member of the Mighty Nein who hasn’t revealed his last name, Fjord finally announces that it is…Stone. Fjord admits that it’s lame and that it was given to him by the orphanage where he grew up. However, this is quite a coincidence, as a family with the last name Stone serves the Wildmother, just as Caduceus Clay’s family serves her. The Wildmother is the goddess that Fjord has just become a Paladin for as well, and Caduceus, a firbolg of faith, doesn’t believe this is just a coincidence.

After a long night reading an enchanted book, Yasha wakes up in the morning to discover that she is extremely sore. Reading the book had made her stronger and added a +2 to her strength score. As the Mighty Nein try to assess if she’s gone through second puberty, Fjord asks what Yasha smells like (for…some reason?), to which she answers that she smells like a crayon. The reason why she smells this way remains a mystery.

Soooo, “Who Do You Liiiike?”: The Real Reason CR Plays D&D

Nobody in the Mighty Nein likes messing with drow mage Essek Thelyss more than Jester and Nott do. So when Nott gives Essek the ultimatum of telling them who out of the party is the hottest in exchange for information about the next Luxon Beacon to find, Jester runs with the idea and jokingly offers to use Zone of Truth. Forget the heroics, this is what D&D is all about, right?

The Mighty Nein, after inviting Essek into their home for dinner, further invite him to take a dip in their ‘hot tub’ (or pool of water heated by fire magic). Because the party was just so interested in, well, everything about Essek but specifically his feet (because he floats everywhere), it was vital that they assess them when he removed them from the water. We’re sure someone out there will enjoy this information.

The most shocking moment of this episode was when Caleb finally performs the spell he and Essek created in order to return Nott to her original form as a halfling girl. The spell, requiring 50 lbs of raw clay and 100 gold worth of gem dust, seems to work initially but there is a shadowy presence that stops the spell. It seems that the mage that had originally made Nott into a goblin had done so by cursing her, so in order for Nott to become a halfling again, the Mighty Nein must find this mage or otherwise attempt to break her curse.

These were some of our favorite moments of this episode. Tune in on Thursday nights at 7pm PST to watch Critical Role on their Twitch channel.