The first two seasons of Castlevania were better than anyone possibly could have expected. There’s been an overwhelming amount of underwhelming video game adaptations. Yet this Netflix animated series has managed to become one of the absolute best translations of a gaming franchise into any other form of media.

Season 3 of Castlevania continues to tell another fantastic, compelling story set in Konami’s vampire-ridden world. Although it does feel like this season is all about setting the pieces for the future rather than focusing on the present. 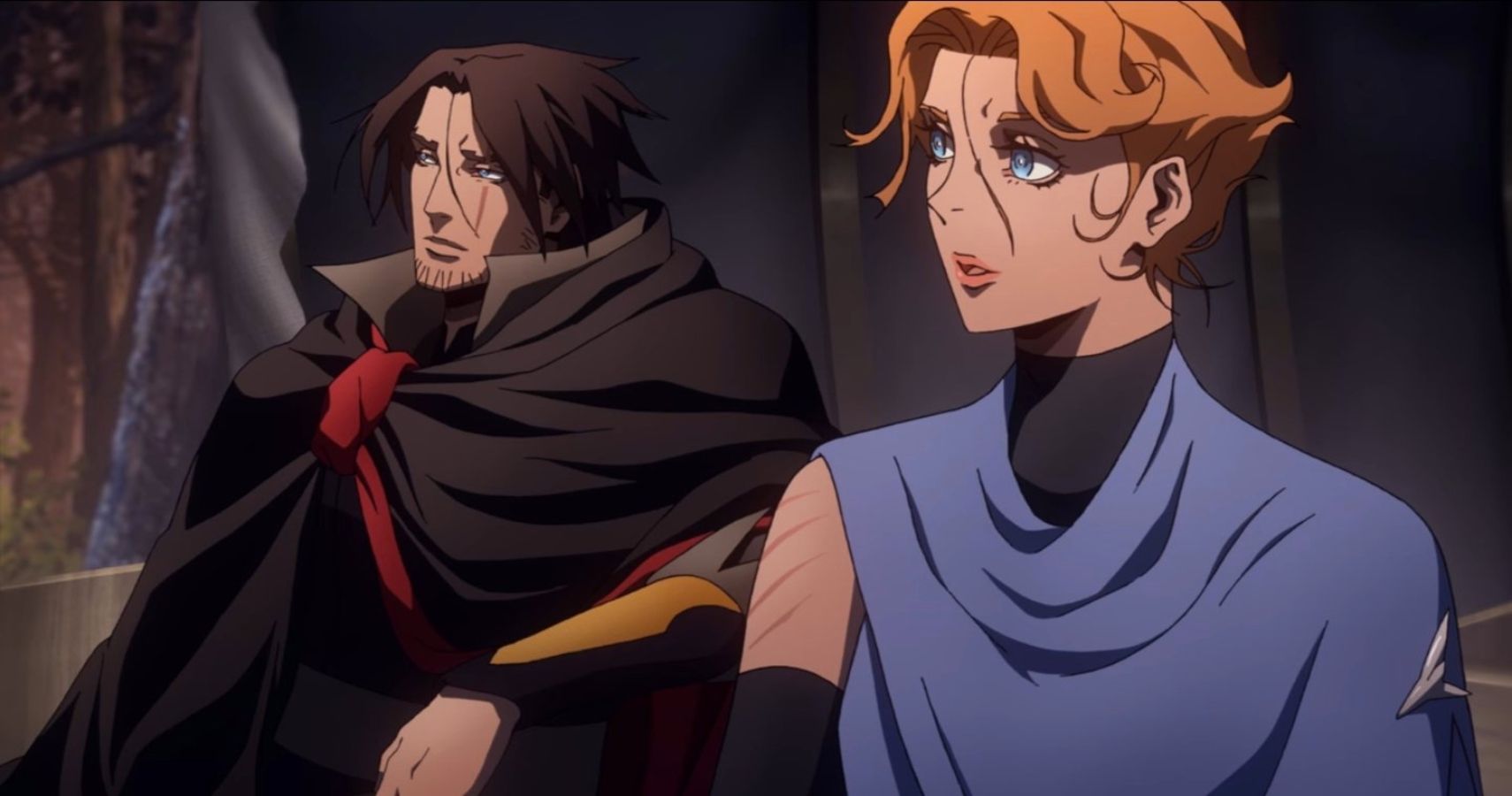 The story continues a month after Dracula’s defeat. Trevor and Sypha are now a romantic couple who travel across Wallachia to go on exciting demon-hunting adventures. They head to a village where a local church is acting strangely. The town’s authority figure believes that the monks inside are up to some manner of demonic shenanigans and hires the duo to investigate. They also meet a mysterious, traveling magician named Saint Germain who has his own ulterior motive for getting inside this suspicious house of worship.

As for the rest of Castlevania’s cast, Alucard meets two young, aspiring vampire hunters and takes them under his wing. Isaac is slowly but surely creating a massive force of night creatures so he can take his revenge on Carmilla and Hector. Speaking of which, Carmilla is planning on capturing a significant portion of land and turning humans into cattle for herself and her vampire sisters. However, they need to convince a tortured and angry Hector to forge them a new army.

It was surprising when Season 2 ended with the death of Dracula since Castlevania plots tend to revolve around Belmonts constantly hunting the infamous vampire king. But somehow this creative team keeps finding new ways of expanding on Castlevania lore while simultaneously fleshing out these characters. The narrative of Season 3 features a lot more movement than the previous season where we got far too many episodes of our heroes squabbling in a library.

Putting The Pieces In Place 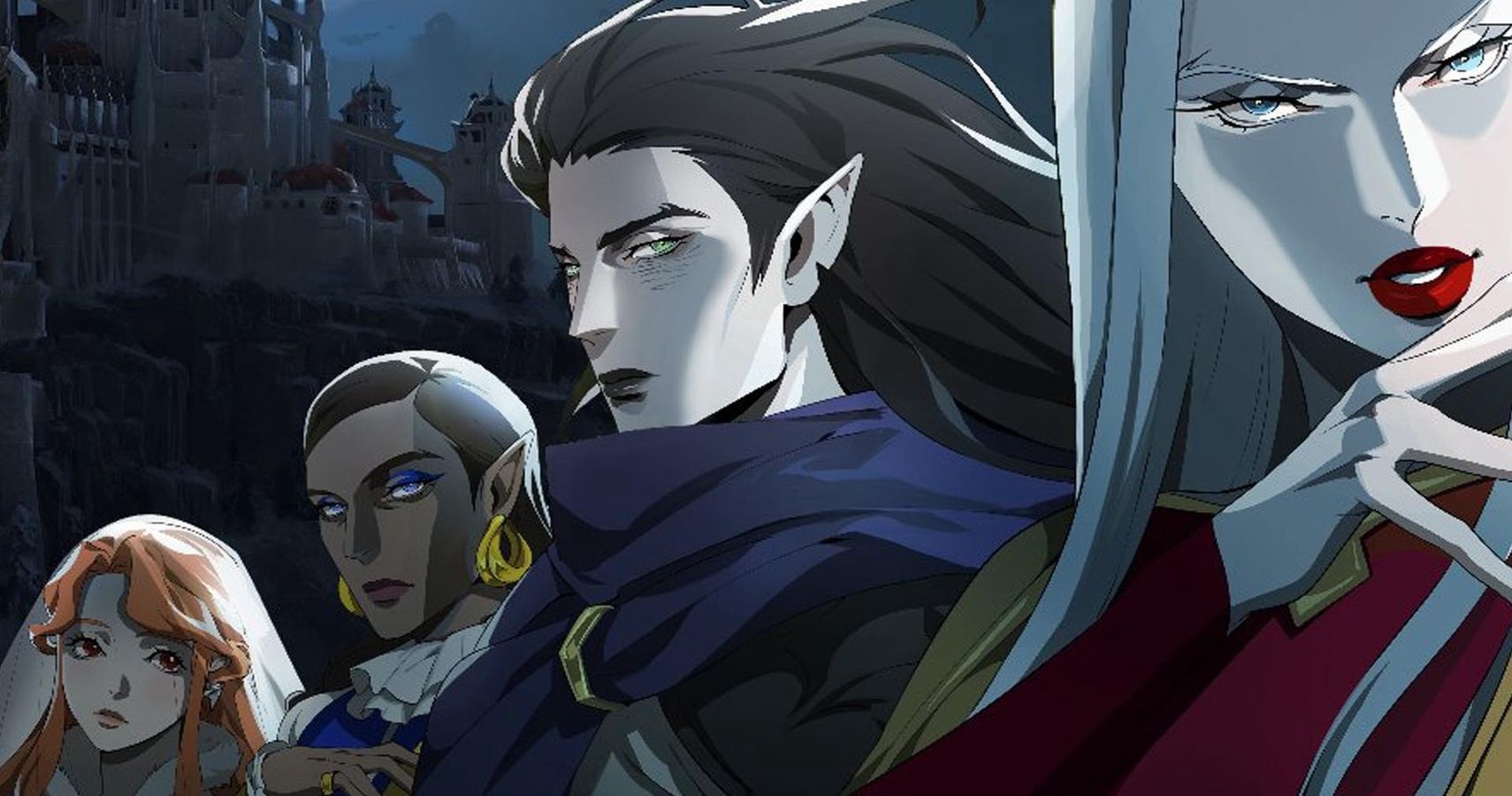 While the plot moves at a quicker pace this season, a lot of the developments seem like they’re all window dressing for the next season and beyond. It definitely creates anticipation for the future of the show, but it makes this season feel a little light.

Carmilla and Isaac’s army-building plans are still in their early stages. Meanwhile, Trevor and Sypha’s plot is mainly there to demonstrate that there’s a very real chance that big bad Vlad Tepes will return. It’s like the show is saying to the audience, “Hey, Dracula’s coming back! Not this season, but someday!”

As for Alucard, his time spent with his two young proteges is intriguing, but ultimately pointless. It sets up new facets of his character and possibly points him down a darker path in terms of his morality. Its resolution just seems a little too sudden. While every other storyline is pushing the narrative forward, all Alucard’s plot does is give us more of him weeping and a pretty intense sex scene. It may lead to something interesting next season, but for now, it feels like a thin reason to keep him in the show.

On top of these plots feeling like pure set-up, none of these plot threads connect at any point. Aside from Isaac spying on Hector and Carmilla through a magic mirror, the characters never interact with each other. There’s a strong chance this was done intentionally so that when these people finally do reunite in Season 4 it feels like a big deal. But if you enjoyed watching Trevor and Alucard bicker and toss insults at each other, then you may be disappointed. 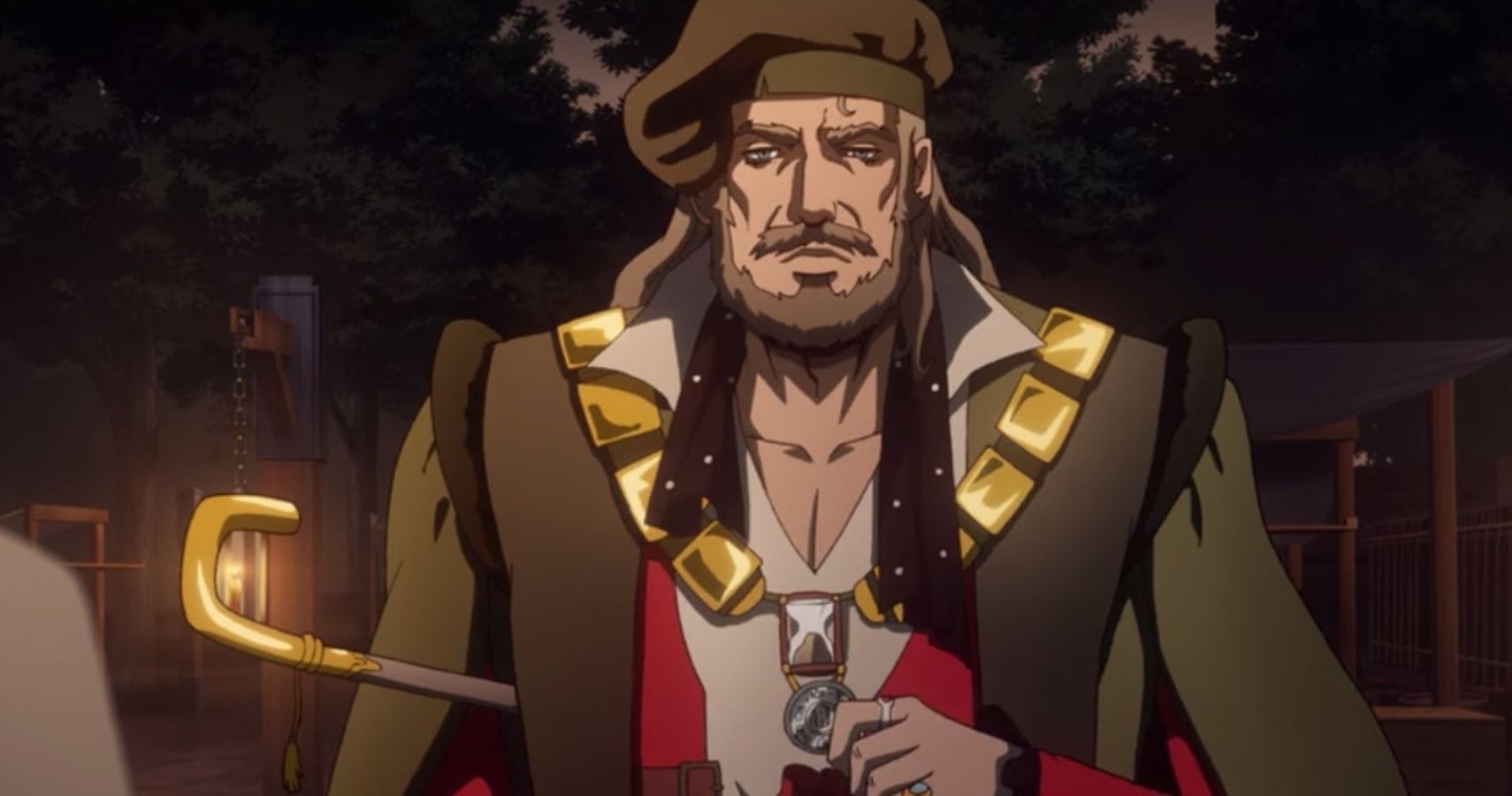 This season does feel like its main purpose is to hype up Season 4, but that doesn’t mean it’s not still an incredibly entertaining 10 episodes of television. The voice acting and dialogue are absolutely fantastic and almost every character gets a few great moments. Even the most detestable people in this show – like Carmilla’s sisters – get an opportunity to make you like them.

One of the best new characters this season is the addition of Bill Nighy as Saint Germain, an enigmatic figure with a tragic past. His relation to the main storyline is a bit tenuous, but every time he was on screen it was hard not to love this performative weirdo. He’s big and flowery, which is a front to cover up his deep melancholy. Judging by the way he exits the show, it seems like he’ll be back. Which is great, since anything and everything can benefit from more Bill Nighy.

Perhaps the most surprising part about Castlevania is that despite there being Trevor Belmont and Alucard in the main cast, it’s actually Sypha who comes across as the show’s most endearing character. Her voice actress, Alejandra Reynoso, does a marvelous job of imbuing her with a zest for life and killing demons. She’s incredibly likable and you can easily buy that a person like her could cause someone like Trevor to find hope again. 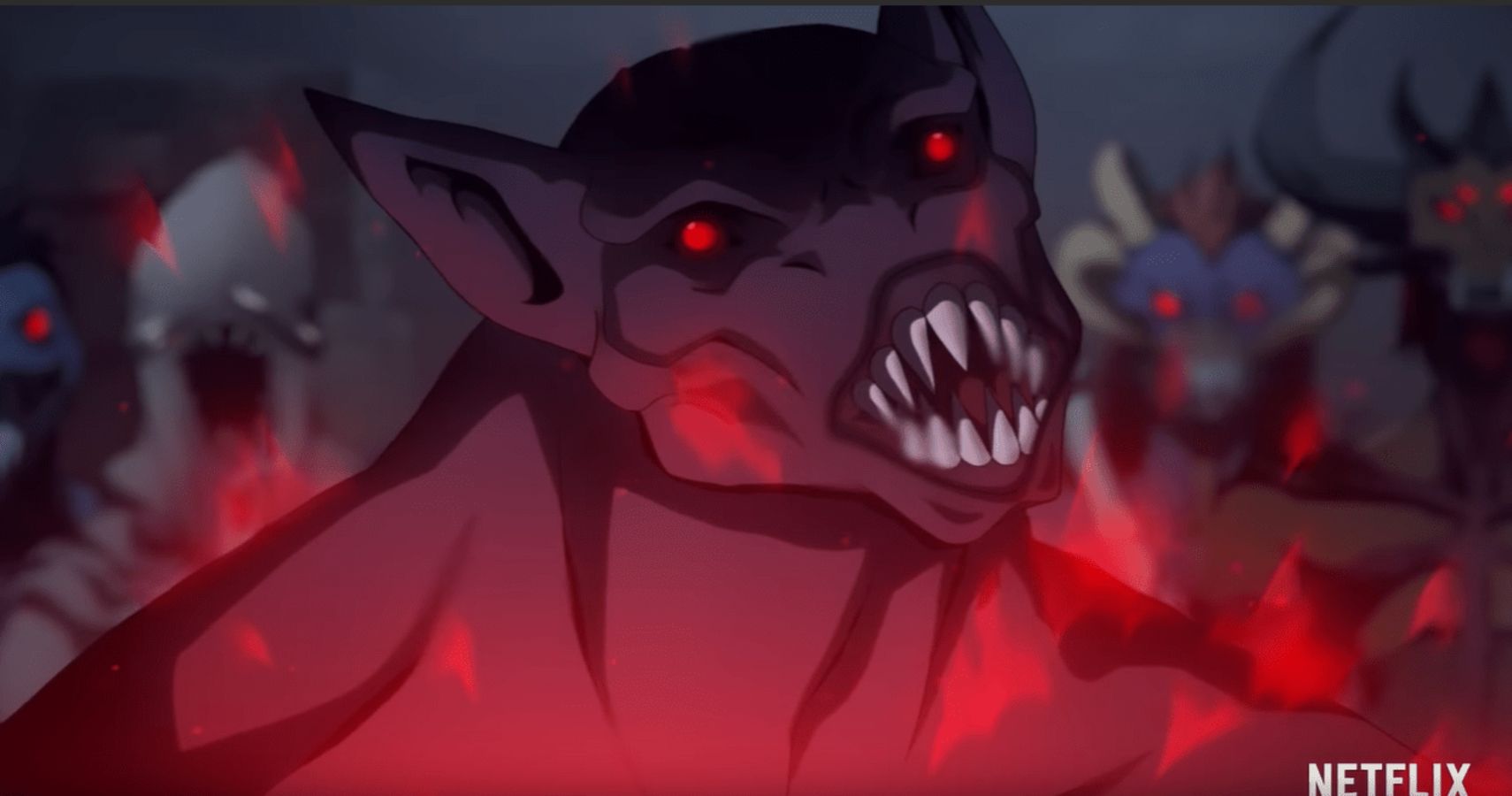 This all is backed up by stunning art and animation that really completes the total package that is Castlevania. The fight scenes in this show are breathtaking and the only real gripe I have with them is that there’s not nearly enough. Making a whip look like a viable weapon in combat seems like it should be difficult, but this team makes whips appear to be the deadliest tool in the battle against Hell.

There’s a lot of great animated moments this season. The most visually impressive and creative is a dream sequence where Saint Germain wanders around a swirling, neon-colored hallway of different portals to dimensions that look more otherworldly and futuristic than you would expect coming from Castlevania. Isaac’s battle against an evil, mind-controlling magician also features some amazing visuals, including a giant floating ball of humans. Having the man looking to destroy humanity fight an enormous mass of people trying to stop his mission is just another excellent bit of storytelling.

It may be important to note that if you’re a little squeamish when it comes to blood and gore, you might want to proceed with caution. Castlevania does not hold back when it comes to violence. Faces are ripped off, soldiers hold their intestines in their hands, villagers are burned alive, etc. If you like extreme action, then you’ll find a lot to love here. Otherwise, you may want to cover your eyes when the slicing and dicing begins. 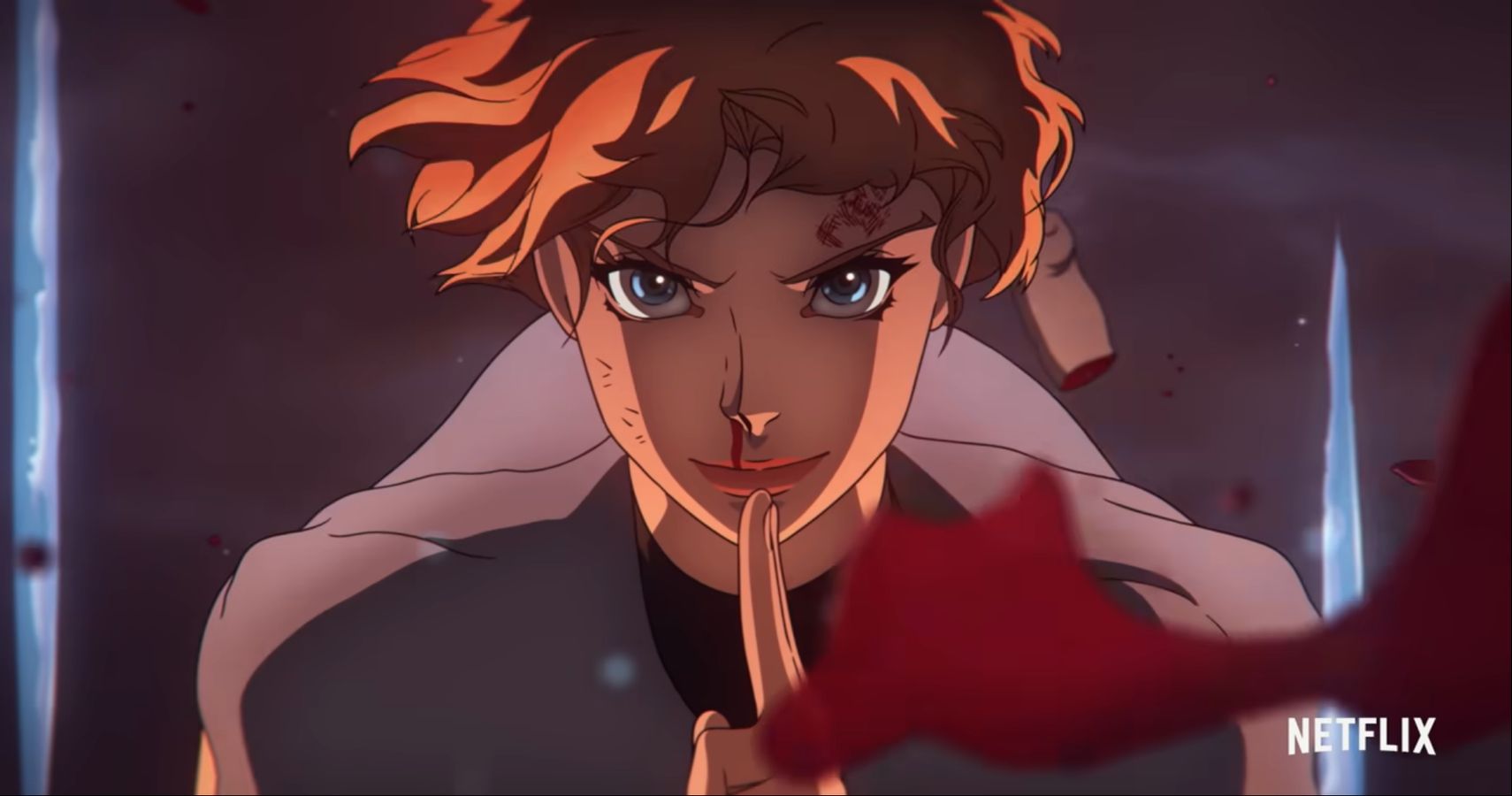 Castlevania: Season 3 is another fantastic series of television. There is a small cause for concern for the show’s future as Netflix has been a little trigger-happy in recent years when it comes to canceling their shows willy nilly. Especially since this is a season all about building up the story for the seasons to come. If Netflix does decide to pull the plug, it would be disappointing to never get the payoff to these developments.

But for now, this is still without a shadow of a doubt the best video game adaptation ever made. Instead of shallowly repeating the same story beats or turning it into some sanitized, bastardized re-imagining, this has taken the concept and turned it into a rich, fully-realized world with great characters and phenomenal action.

It may not take the place of a new game in the franchise, but for vampire whipping fans, the third season of Castlevania is an excellent animated series that will make you cry bloody tears of joy.

Castlevania: Season 3 is currently available to stream on Netflix.