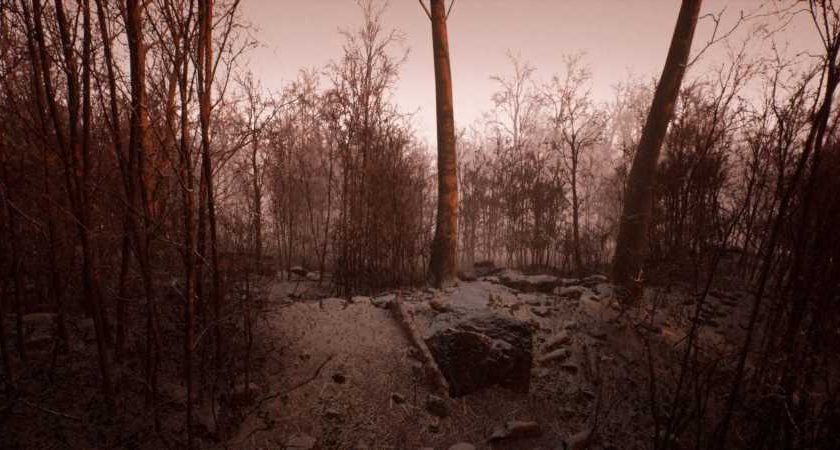 The internet has lost every single marble in existence over the last couple of weeks due to speculation over whether or not Hideo Kojima secretly created an entire studio with multiple games under its belt just to take the piss out of everyone. I mean, Kojima has done some pretty wild shit over the years, but even this is a step up from “change the controller from port one to port two” or “make the disc smell like blood,” the latter of which absolutely didn’t fly with Sony.

The developer in question is Blue Box Studios, a team based in the Netherlands that is currently hard at work making Abandoned for PS5. We have a full breakdown of the Blue Box conspiracy if you’re curious about all the details, but the one-sentence explanation is that loads of people online put together a web of weird coincidences that appeared to imply Kojima was working on a secret Silent Hill project. After the recent video posted by Blue Box boss Hasan Kahraman, it’s safe to say that this is, in fact, not the case. Obviously.

This goes beyond fun and games, though. On one hand, Blue Box has likely garnered more publicity than it ever could have dreamed of. On the other, it now has to deal with angry gamers who refuse to accept that it’s not some sort of front for Kojima – it’s a team of young devs currently working on what they hope will be their breakout title for PS5, and now that all of the rumors have been debunked, people need to either support them or leave them alone.

“The last two weeks were really stressful for us,” Kahraman says. “The team is very tired. We were hoping to release the app today and I know that a lot of you have been looking forward to it, so thank you very much for that. I really appreciate that.

“However, I have decided to delay the app until August. That is when the first trailer will also be released – we just want to give you a solid first impression of the game. Right now the app isn’t quite there yet. We just want to have it meet our own expectations first.”

Kahraman goes on to discuss that there are still bugs in the game and explains that the localization isn’t finished yet, before apologizing for the delay. However, as I mentioned earlier, there’s a whole lot more to this than meets the eye – it’s time to stop shouting at Blue Box about Kojima and Silent Hill.

I know that both Blue Box and KojiPro have consciously played up to the rumors floating around, with the latter going so far as to like Blue Box’s tweet denouncing the whole ordeal. And yeah, it’s honestly pretty nice to see a studio as prolific, revered, and ubiquitous as Kojima Productions using its status to amplify the voices of smaller teams. Still, being wrenched into a limelight you never even entertained as a possibility before must be a fairly weird experience.

Put it this way: you’ve gone from a few thousand followers to the world stage in a matter of days, hours, even minutes. The name “Blue Box” is at the fingertips of every MGS, Death Stranding, and Silent Hill fan on the planet, all of whom are shouting at each other about misperceived acronyms and the posturing of trees in a short CG trailer. The game you’re so proud of is now a game that people are calling another game, which means that your actual game isn’t being appreciated as the game it is – it’s now a game it isn’t. How do you defuse a situation like that? Do you play into it more? Well, Blue Box tried and the bomb started ticking even faster. Do you ignore it, wait for it to explode and cause all hell to break loose? Not an ideal scenario either, is it?

I’ll admit, it was all a bit of craic for a while, a laugh in good faith that poked fun at an extraordinarily silly situation. I nearly bought into it myself, what with all the excitement that comes with a completely unfounded Eureka moment – it’s five minutes of pure elation followed by five days of feeling like a moron. But all of that has passed now – Abandoned is just a game being made by a small team of devs in the Netherlands, as opposed to some super secret reboot of Silent Hills or P.T..

I mean, none of us know how good it is or isn’t – we haven’t played it and the team has never launched a console game, so it’s as likely to be brilliant as it is to be rubbish. I hope for the devs’ sake that it’s an excellent horror game that serves as a worthy addition to PS5’s exclusive library, but I think it’s even more important that people learn to just appreciate what they’re doing instead of continuing to tell them what their game is despite their explicit comments arguing against that.

Blue Box Studios is not a master plan conjured up by Kojima to slowly build hype for a Silent Hill game – it’s a developer consisting of a few young devs collectively working on their biggest ever video game opportunity. Snagging a deal with Sony after a few mobile games is an enormous accomplishment and something to be truly proud of, but it’s hard to feel pride when you’re being forced to put out fires on Twitter all day every day. If you’re excited for Abandoned, brilliant – support the devs all you want, engage with them on social media, and buy the game when it launches later this year. If not, log off Reddit and go touch grass. There are better things to do in life than shouting at people you don’t know because they’re not one of the most famous game designers of all time.