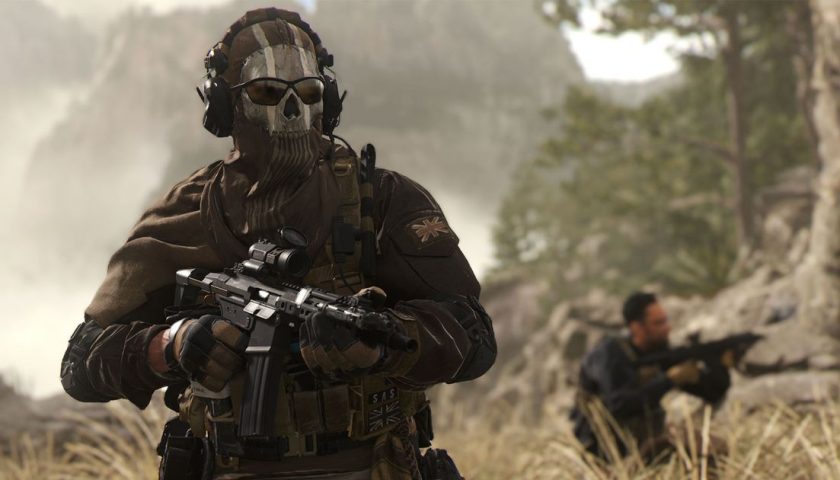 We needed a strong Call of Duty this year after 2021’s Vanguard failed to scratch the right itch for many a first-person shooter fan.

And we can happily report that is the case and original developer Infinity Ward’s 2019 Modern Warfare follow-up is very much a return to form for the franchise.

While there are no zombies in sight, we have a stellar action-packed story campaign featuring some of the best next-gen graphics out there, the return of co-op mission play and a thoroughly addictive multiplayer suite.

It’s a wonderful mix of manic gun action and the gameplay works brilliantly to restore Call of Duty to the top of the first-person shooter league.

The campaign reunites us with some familiar faces in Task Force 141.

Previous game British military heroes like Soap, Ghost and Capt Price are back in all their cheesy Cockney glory to go to war on an Iranian terrorists who’s got his hands on some rather naughty firepower.

What ensues is a heady mix of Fast and Furious-style movie action mixed with all-guns-blazing firefights and a smattering of over-the-top voice acting.

It’s a visually stunning game, the very best of next-gen graphics on the PS5, as movie quality cut scenes effortlessly bleed into game action with a screen alight with explosions and flying bullets.

It’s plays intuitively and you’ll be running, diving and blasting across the globe as you take on what feels like an endless army of evil goons trying to destroy life as we know it.

Multiplayer is everything you’d expect and have seen before from Call of Duty.

You’ve an array of new guns and perks to unlock as that addiction to upping your level to Prestige kicks in.

It felt a little slow at first, but I think that’s because we’ve reset from Vanguard’s high tiers of gameplay to ground zero again.

And the upgrades came thick and fast, improving your effort against already-amazing players online in a multitude of 12 modes, from Battlefield-style huge player matches across endless maps to more intricate, tactical zone captures.

There 15 maps on offer at launch are varied and have all the choke points you need to both die and kill a lot.

Our fave is the Crown Raceway, which is basically an F1 pit lane that becomes a hellish firefight.

Modern Warfare 2 feels like a best-of collection of Infinity Ward’s CoD efforts over the last decade or so.

It is bombastic, dude-bro all-in fighting from start to finish and there’s months of replayability with the online multiplayer.

It’ll get gun game fans not only through Christmas but most of 2023 too because it’s so damn moreish.

For that reason it’s not only a top-tier game but one with huge value-for-money.

And that graphics tech is really cutting edge.

Get your gun soldier, CoD is well and truly back!