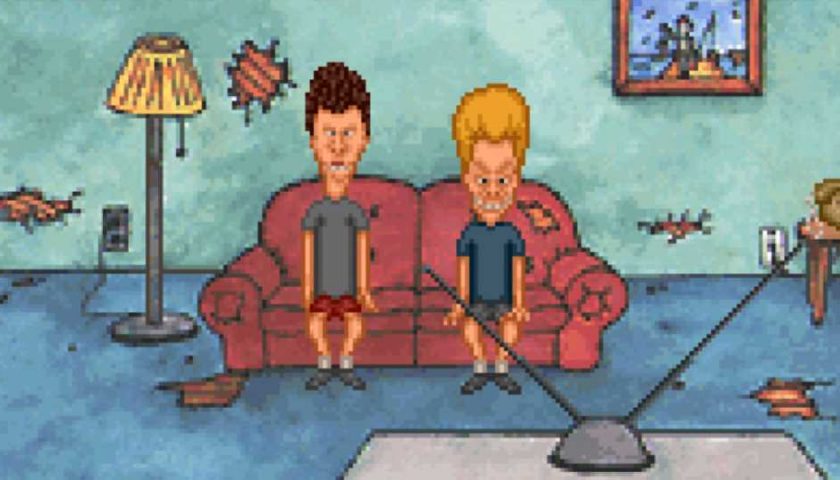 In the 1990s the point-and-click adventure was king, and games like Monkey Island, Police Quest, Broken Sword, Myst, and Gabriel Knight were played by millions. Graphic adventures had suddenly become big business, and the genre was enjoying a golden era. The arrival of CD-ROMs helped, allowing developers to take advantage of FMV and voice acting. Not to mention higher res displays and players whose tastes were growing more refined. Arcade games didn't cut it anymore. People wanted to be told stories, not score points.

As is often the case when something becomes successful, publishers enthusiastically threw money at adventure game developers, which resulted in some truly weird, wonderful examples of the genre. There was Toonstruck, where a digitised Christopher Lloyd is transported to a cartoon world. Dark Seed, a mind-bending psychological horror with art by H.R. Giger. The Neverhood, whose world and characters were sculpted out of clay. No genre of game since has experienced such a prolonged period of wild creativity.

Then, in the mid-to-late '90s the wider world took notice, and licensed adventure games became a thing. Batman, Dune, Blade Runner, The Simpsons, Star Trek, Ace Ventura, and The X-Files all received the adventure game treatment—as did a controversial cartoon that was making waves on MTV and outraged headlines in the tabloids. In 1995, Beavis and Butt-Head was into its sixth season, and these crass, sniggering, metal-loving losers had made enough of a cultural impact to cross over into the world of video games. 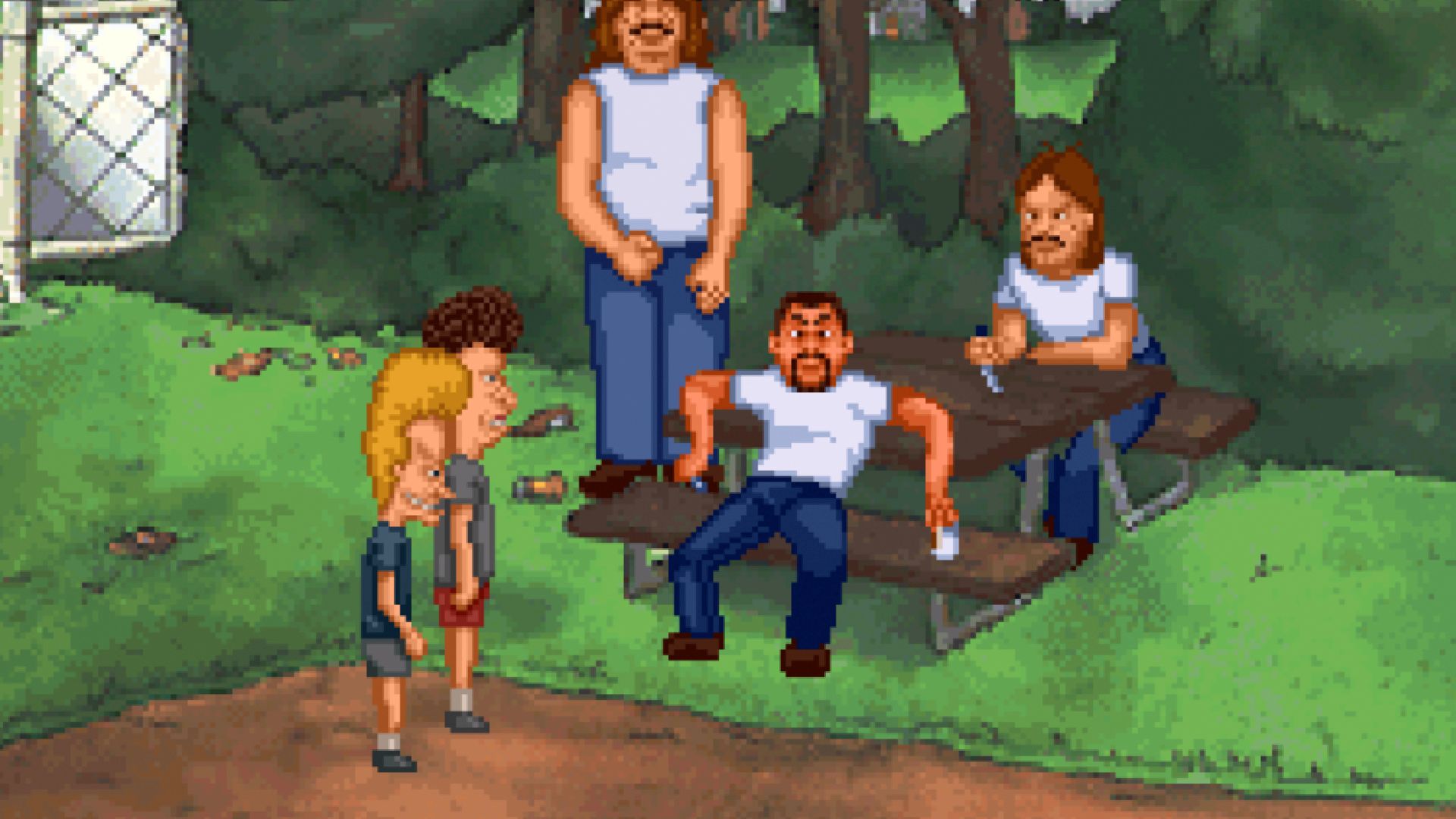 The '90s were a period when anything even vaguely adult or subversive was inevitably blamed for destroying the minds of American teenagers and inspiring real-world crimes. The moral crusaders came after Beavis and Butt-Head, and MTV responded by burying it in a late night slot. Naturally, all this did was make people more eager to watch it, and soon it became a worldwide phenomenon. These nihilistic teens were now pop culture icons, and the show spawned merchandise, albums, a movie, and yes, an adventure game.

A few Beavis and Butt-Head games were released around this period, including Bunghole in One, a mini golf game, and Little Thingies, a forgettable collection of arcade-style minigames. But Virtual Stupidity, a point-and-click adventure, was infinitely better than both of them. While the protagonists of most adventure games are on a quest to save the world, become a legend, or some similarly lofty goal, in this game Beavis and Butt-Head's mission reflects their characteristic lack of ambition and imagination: they just want to be cool.

This has to be one of the most low stakes adventure games ever made, and I love that about it. It wouldn't make sense if these characters, who never leave the suburbs, were embarking on some grand quest. It's precisely the kind of narrow-minded, self-serving objective characters like this would set themselves. As they explore locations from the TV show, including Burger World and Highland High School, they skip class, attempt to join a gang, and end up in jail, from which you have to help them escape by solving puzzles. 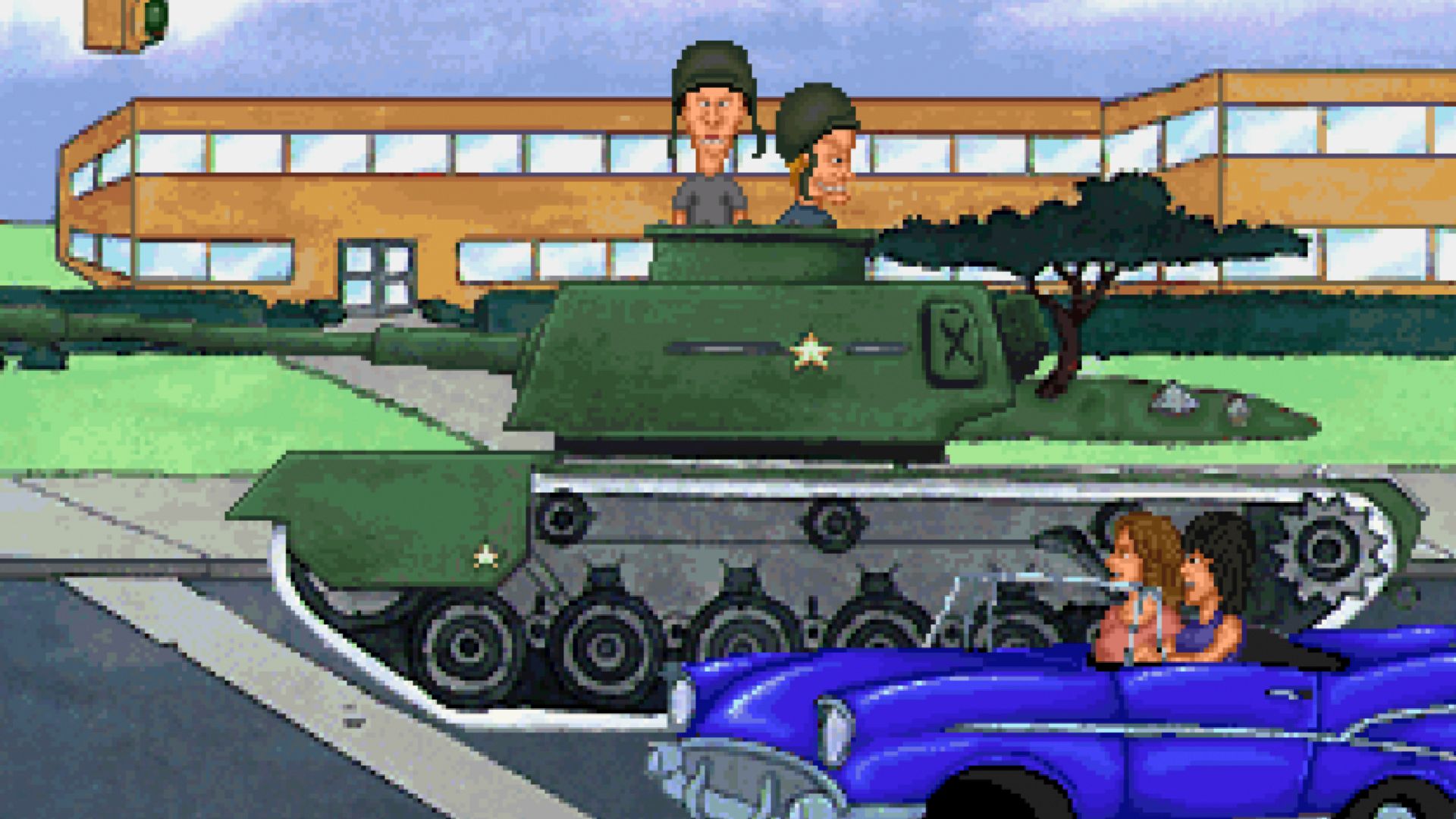 This is an archetypal '90s adventure game, with item combination puzzles, leaps of logic that'll make your eyes roll, and a fair amount of pixel hunting. There's a tiny piece of gum stuck to a fountain that you need to solve a puzzle, and I honestly can't imagine anyone finding it without using a guide. It's barely a pixel wide and blends almost entirely into the background. I feel like this might be intentional, poking fun at the genre, but I'm probably just being generous. If you ever decide to play it, I advise having a walkthrough to hand.

Anyway, you don't play Virtual Stupidity for clever, satisfying puzzle design; you play it because you want to hang out with Beavis and Butt-Head. Mike Judge provides the voices for the duo, as well as side characters like Mr. Van Driessen and Tom Anderson. Writers Sam Johnson and Chris Marcil worked on the show, so it feels authentic, if not quite as funny. Almost everything you inspect, interact with, or pick up has a bespoke line of idiotic dialogue recorded for it, which is a real treat if you're a fan of Beavis and Butt-Head's humour. 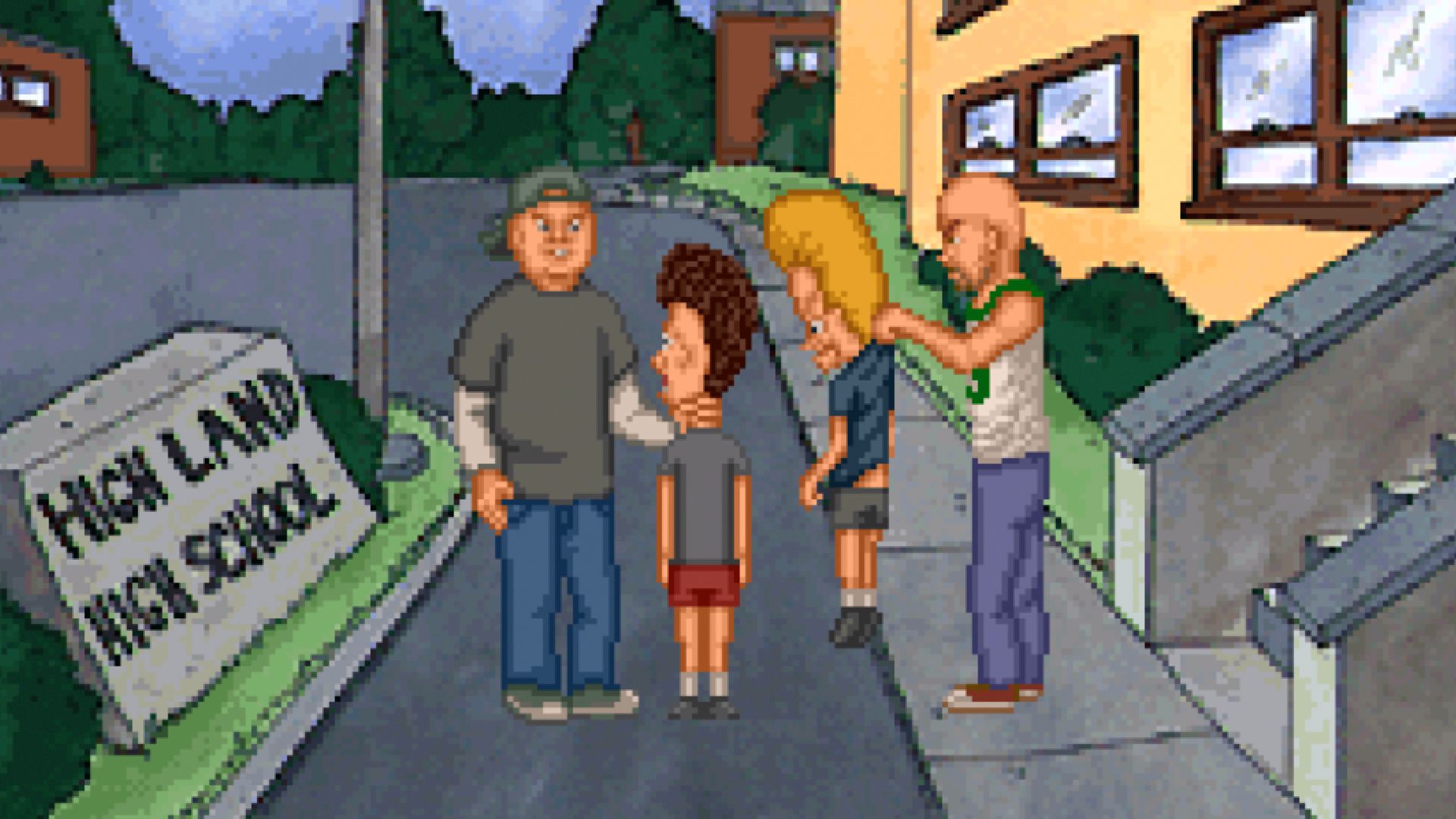 In pure design terms, Virtual Stupidity is far from a great adventure game, and vastly inferior to what studios like Sierra and LucasArts were putting out. But the important thing is that it feels like being in, and controlling, your own episode of the show. Existing in a world with these characters, and wandering around faithfully recreated locations, more than makes up for the uninspiring puzzle design. It's also become something of an interactive historical artifact, like a pop culture moment encased in amber, with poop and fart jokes.

Virtual Stupidity holds up well, and thanks to ScummVM you can play it on modern PCs and Macs with no issues. It's worth digging out if you're a fan of obscure point-and-click adventures, or you're just nostalgic for the '90s. I fully expect Beavis and Butt-Head nostalgia to reach critical mass later this year when their next movie, Beavis and Butt-Head Do the Universe, is released. Having recently rewatched the TV show, they still make me laugh my ass off, and I can't wait to see what Mike Judge has in store for these idiots next.