Destiny 2 servers are officially offline for the next 14 hours as Bungie prepares tomorrow’s release of the year three expansion, Beyond Light. Just before the game went dark, the game’s second-ever live event took place down on the streets of the Last City. From around 5:30 PDT until 7:00, players had access to a new mission that would bring them down to the city streets to explore.

While investigating this new section of the city, we encounter groups of civilians looking up at the Traveller as energy swirled around it and light began to pour out from every crack and opening. It’s been three years now since the Traveler was “killed” by Ghaul and the Red Legion. Now it seems it is finally healing — just in time to protect us from the impending darkness.

The bulk of the live event consisted of watching subtle changes to the Traveller’s energy from a rooftop in the Last City. Occasional bursts of energy would imbue anyone nearby with a swiftness buff that increased speed and jump height. The Traveller’s power is returning, there’s no doubt about that. 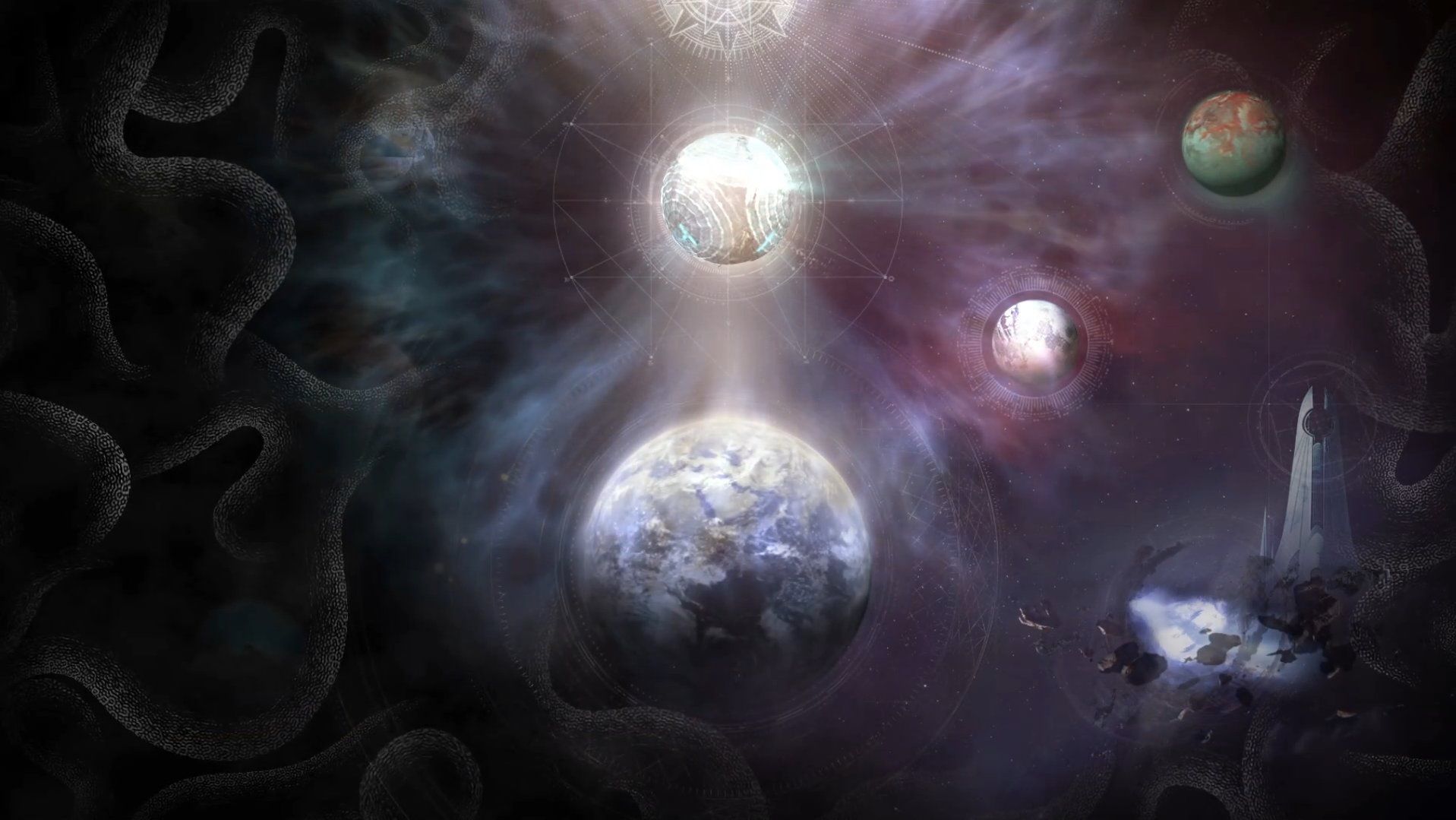 Just as it puts itself back together, Eris warns us, “This will not be the end, it will be an escalation.” The event ends with an overview of the solar system map as the darkness move in and consumes four planets. The Traveller’s light holds back the darkness and protects Earth, Nessus, and the rest of the patrol zones that will return when Beyond Light launches tomorrow morning.

With some Destiny 2 downtime, I wanted to take the opportunity to remember the locations that we won’t be able to visit anymore, at least for now. Nessus, Titan, Mars, and Mercury have been removed from the game as part of the Destiny Content Vault system to maintain a reasonable file size for the game and keep the content fresh.

While these planets represent four of the oldest patrol zones in Destiny 2, they still hold a special place in many of our hearts. Personally, I’m going to miss each and every one of them and I look forward to the day each of them makes their triumphant return to the game. 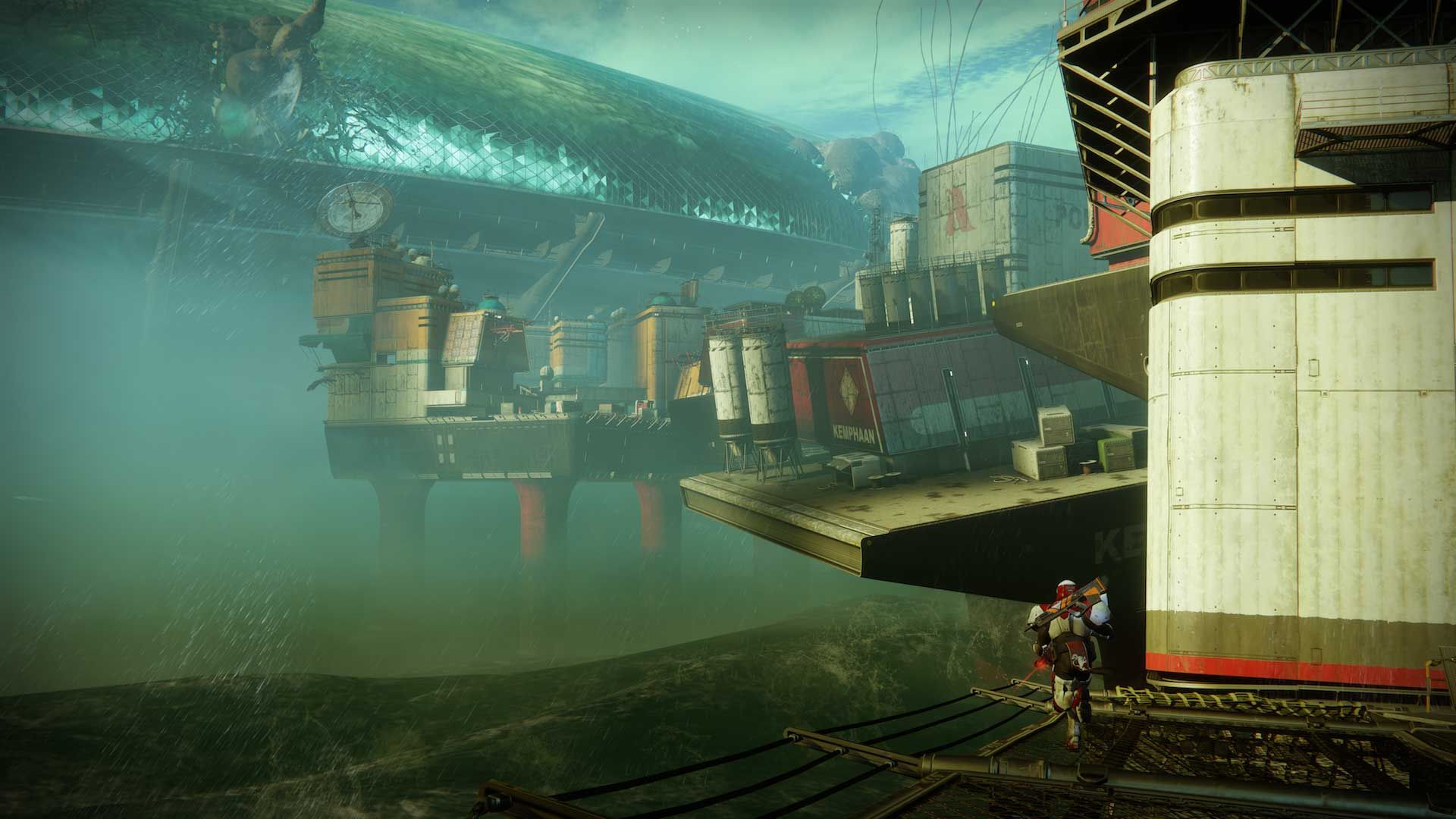 Starting with Titan because it’s the planet I’m going to miss the most. The second smallest zone after Mercury, Titan is the most criminally underutilized patrol zone from the base game. With only one (incredible) strike and very few story moments over the preceding years, the most hauntingly beautiful planet in the game really got overlooked.

The entire zone consists of Golden Age architecture that is sinking into a methane ocean that endlessly extends in all directions. The rain falls on Titan relentlessly, often coming in sideways thanks to powerful winds. The lower decks and central landmark, the Titan Arcology, are heavily infested with Hive.

Titan is a cold, inhospitable place, but there’s also something serene and beautiful about it. If I was ever looking to farm something that can be completed anywhere, like a gunsmith bounty or a weapon catalyst, Titan was always my favorite place to go to simply to soak up the environment. 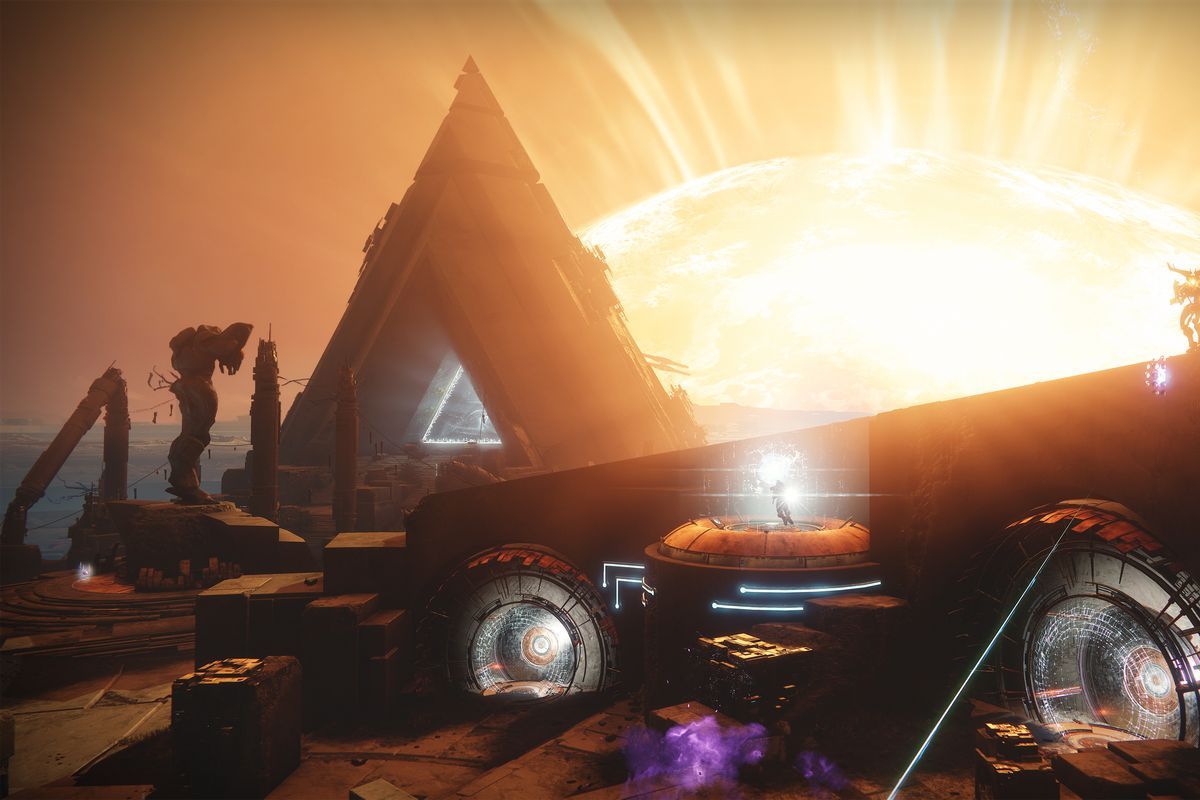 Mercury got a really bad rap in my opinion. Yes, it’s very small, but I think it’s real crime was being Destiny 2’s first DLC location following a pretty lackluster launch. In Year One there were no random rolls on weapons and it didn’t take long for players to exhaust everything Destiny 2 had to offer. Players needed something worth sinking their time into again, and Mercury was not it.

Outside of that context, however, Mercury is actually a really beautiful planet that brought us incomparable Osiris. Without Mercury, we wouldn’t have the exception seasonal event Haunted Forest, we wouldn’t have had Season 9’s Sundial (a public activity everyone agrees was very good) and we would not have rescued Saint-14 and restarted Trials. We have a lot to thank Mercury for, and it’s a shame to see it go. 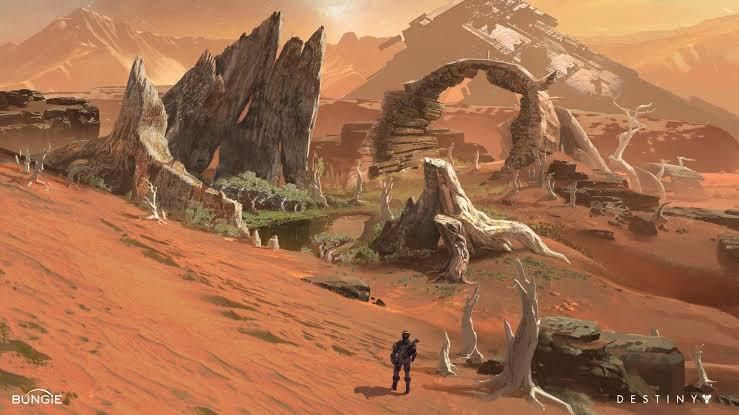 On the opposite end of Year One expansions, the introduction of Mars was a significant sign of life for Destiny 2 and was still a highly active zone up until today. Escalation Protocol was the template for Altar of Sorrows on the Moon and was still a popular activity for farming unique gear and experience up until it was removed from the game today. I suspect Mars is the zone most players will miss the most. 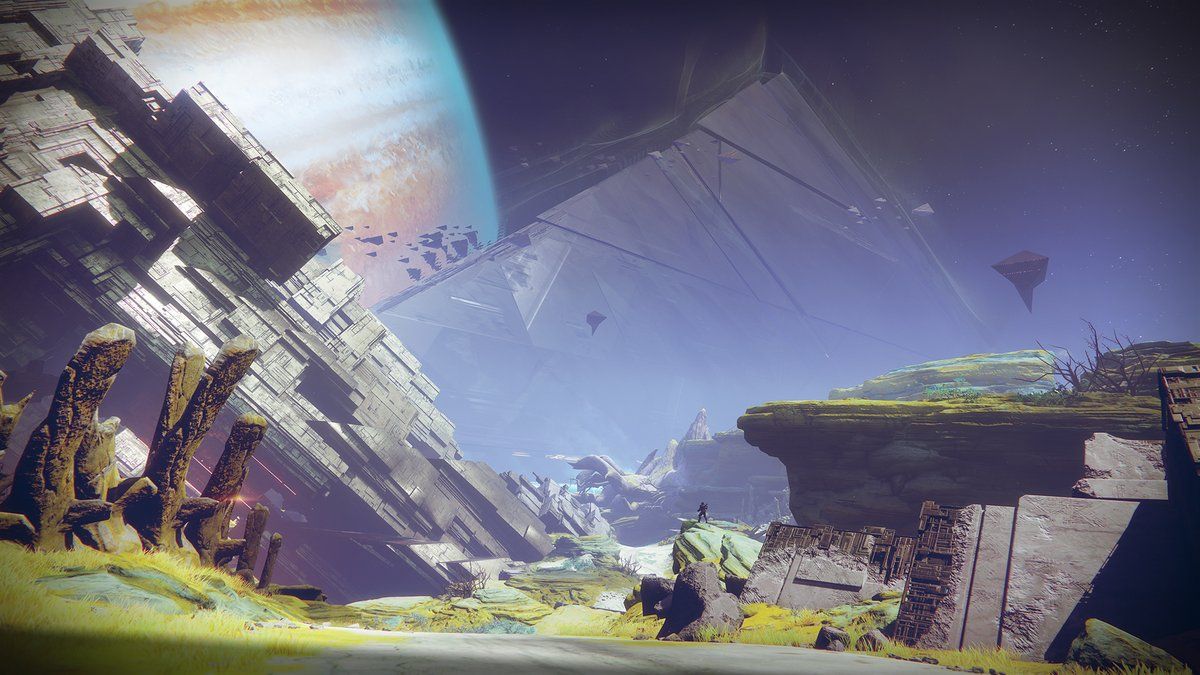 IO is the biggest planet we’re losing and an important part of Destiny history. We learned a lot about the Vex from Asher Mir and the Pyramidion strike, a personal favorite. It’s a shame to see IO go instead of Nessus, but Nessus has twice as many strikes and just so happens to be on the side of the solar system the Darkness has not yet reached. Still, between Asher and Failsafe…I’d rather see Failsafe go. 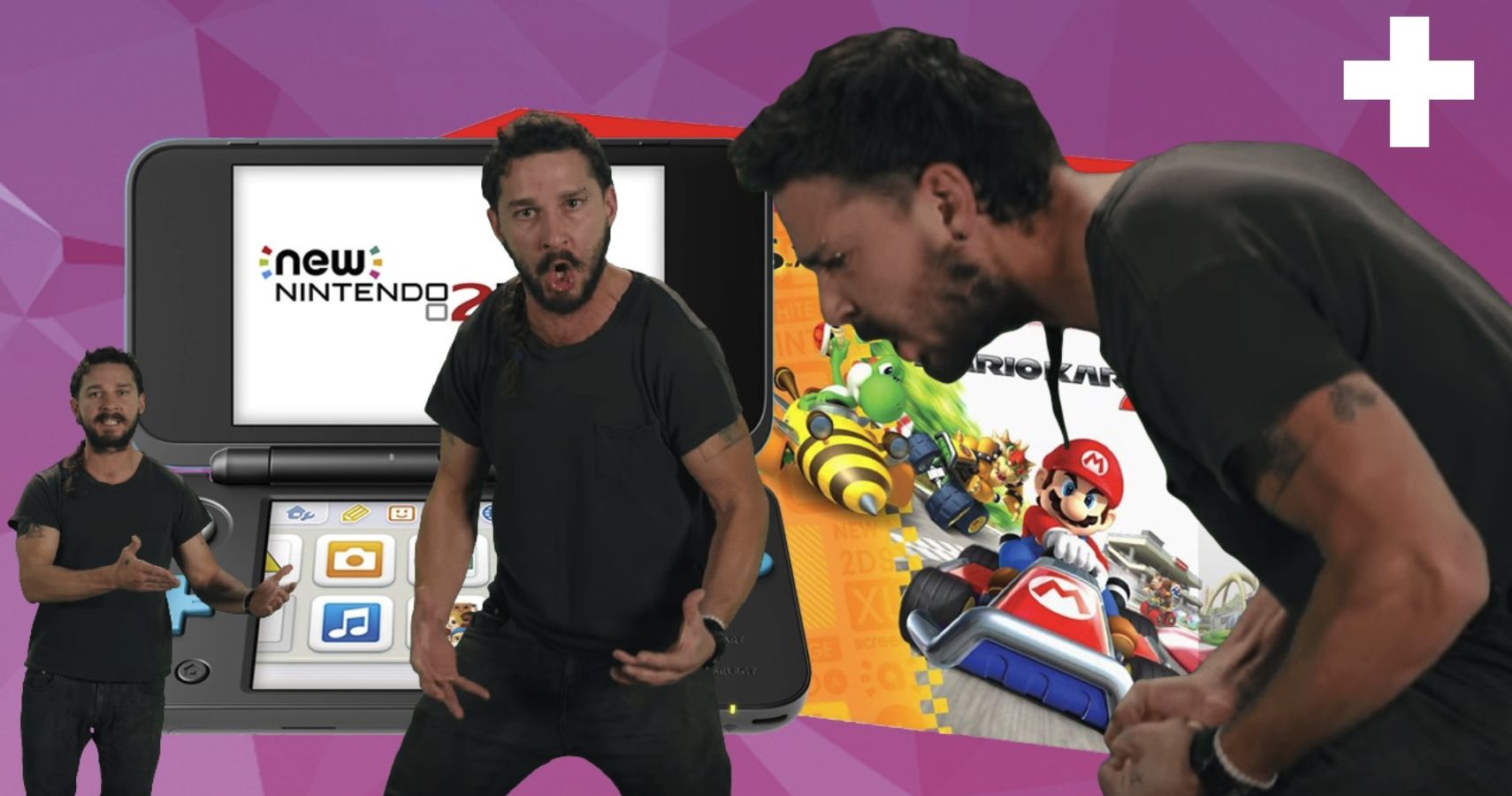 Kojima Productions Confirms Elle Fanning Will Feature In Its Next Game