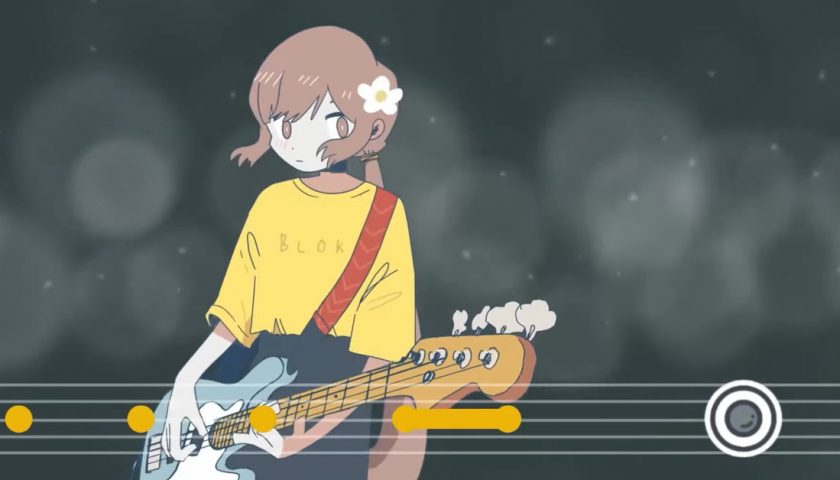 Games created by smaller independent studios are important for the video game industry as a whole: These are frequently the spaces where true innovation happens, where developers get to experiment and play around with story, mechanics, and gameplay. There were so many glorious indie games to play in 2021, and 2022 is no different. There are plenty more exciting indie games to look forward to — many, many more than I could fit on this list.

Some of the games on this list were included in last year’s roundup, but their launches were pushed to 2022 during another year full of challenges. But that’s not necessarily a bad thing; not only 2021 was not only a year of great video games — indie or otherwise — it was also a year where companies large and small reckoned with how they work. Delaying a game, while disappointing, can help the developers who work on them: More time (hopefully) means less crunch, and helps employees stay safe and healthy while creating their art.

Here are 22 indie titles expected to launch in 2022. As I said before, there are far too many exciting games coming, and for sure I haven’t mentioned one in this list. I’d love to hear about your most anticipated titles in the comments below.

The Garden Path is a game about the small joys in gardening. Developer carrotcake said it’s a game in which players will “uncover a long forgotten garden, and help it grow anew to attract vegetable inhabitants and curious animal travelers.” It looks absolutely delightful, and is coming to Windows PC.

From developer Visai Games, Venba is described as a “narrative cooking game,” set in 1980s Canada. It centers on an Indian mother, with players tasked with cooking and remembering lost recipes. It’s a story about “family, love, loss, and more,” the developer wrote on Steam. It looks incredible. It’ll be out in November 2022.

From In Other Waters developer Jump Over The Age, Citizen Sleeper is a role-playing game inspired by tabletop games, set in an old space station. “[Citizen Sleeper] is about surviving in precarious conditions, about gig work, about living in a body that sometimes feels antagonistic to you,” developer Gareth Damian Martin said on Twitter. “It is also about hope, support and building a life.”

A visual novel from Toadhouse Games, Call Me Cera centers on a thought I’ve had a lot in my adult life: How do I make friends as an adult? The full game is out in 2022, but a demo is out now — one of the vignettes is about running a food stall during Ramadan. Coming to Windows PC.

If there is one way to describe Dordogne, I would go with “stunning.” The game has a fantastic watercolor style that I was instantly drawn to. The narrative adventure game has the player engaging in “childhood memories,” according its Steam page. It’s set in the present and the past, but both of those worlds look equally gorgeous.

A lot of video games have violence and crime. Serial Cleaners is about the people that clean up the aftermath. It’s a stealth game with a sleek look, coming in early 2022 from Draw Distance.

Frank and Drake is said to be a take on classic novels like Dracula and Frankenstein, set in a turn-based world and focused on two housemates with opposite schedules. From Appnormals Team, Frank and Drake is coming to Mac, Nintendo Switch, PlayStation 4, PlayStation 5, Xbox Series X, Xbox One, and Windows PC.

There is more to the cyberpunk genre than just Cyberpunk 2077, and you can see that in Chinatown Detective Agency. It takes place in 2032 in a stylish Singapore. Created by Singapore-based developer General Interactive Co., it looks like an interesting future. Like the others on this list, it’s coming in 2022.

Soft Not Weak’s Spirit Swap: Lofi Beats to Match-3 To is a rhythm match-3 game with with a killer soundtrack and a cast of witches and demons — some of which you can hang out with, get to know, and maybe date? All this takes place among five different match-3 modes.

Mothmen 1966 is described as a “Pixel-Pulp” game from developer LCB Game Studio — a blend of pulp fiction and 1980s-styled low-resolution art. It’s set during the Leonid meteor shower of 1966, where meteors appeared to “fall like rain,” according to NASA. Mothmen 1966 is coming to Windows PC and consoles in 2022.

This Shiba is called Sunday, and you’re playing as a newbie dogsitter. From creator Foxdog Farms, A Shiba Story is a slice-of-life game about life with a dog — and it looks very pure and good. A Shiba Story is coming to Windows PC in 2022.

ValiDate: Struggling Singles in your Area

ValiDate: Struggling Singles in your Area is, of course, a dating simulator with stylish art and very cute characters. “Set in the Jercy City area, thirteen struggling singles in their twenties navigate through the trying ordeals of capitalism to find meaning in their lives,” developer Vertitable Joy said on Steam. “Includes a hint of love, cosplay, and even mediocre mixtapes in the mix.”

Graham Reid’s Super Space Club is a colorful, lo-fi space combat game — something like Atari’s Asteroids, if it was an open-world game. It’s expected out in 2022 on Windows PC, Xbox Series X, and Xbox One.

She Dreams Elsewhere, as you may have guessed, takes place within a dream. Described as an adventure role-playing game, this indie game has a surrealist vibe — the perfect setting for a bad dream. The music, composed by Mimi Page, is perfect.

She Dreams Elsewhere is coming to Mac, Nintendo Switch, Windows PC, and Xbox consoles in 2022.

Hindsight is about objects; “the possessions we hold close,” according to developer Joel McDonald. Through those objects, as the player, we can look into a woman’s life — all of her life — when the game comes to Apple’s App Store, Nintendo Switch, and Windows PC in 2022.

Norco developer Geography of Robots describes the game as a “sci-fi Southern Gothic point and click adventure,” a look into the “industrial swamplands and decaying suburbs of South Louisiana.” The gorgeous visuals and music create a haunting view of the sci-fi south. It’s out in 2022 on Windows PC.

Terra Nil is a strategy game from developer Free Lives, where the goal is not to command and conquer. Instead, the player must restore procedurally-generated wastelands and bring life back to the world. A demo is available now on Steam, but the full release is expected on Windows PC in 2022.

Card Shark is a game about cheating at cards while ascending to the top of 18th-century French society. Lie, cheat, and steal, but don’t get caught or you may find yourself on the uncomfortable end of a blade or gun barrel. Developed by Reigns studio Nerial, Card Shark will arrive on Nintendo Switch and PC platforms via Steam in 2022.

What if you ran a bed and breakfast, but you were a bear? You do not have to imagine it yourself. Bear and Breakfast developer Gummy Cat promises just that — a “laid-back management adventure game where you play as a well-meaning bear trying to run a B+B in the woods.” It’s coming in 2022 to Nintendo Switch and Windows PC in 2022.

Pikselnesia’s Afterlove EP, published by Fellow Traveller, is a dating sim, a rhythm game, and a narrative adventure. All of that takes place in Indonesia’s capitol city, Jakarta, with a story about loss and love.

It’s coming to Windows PC and consoles in summer 2022.

Silt is a black-and-white game set in the ocean’s depths — “a surreal oceanic void.” It looks like there’s a lot of exploration, but also tons of environmental puzzles to solve, too. It’s expected out in early 2022 on Windows PC, from developer Spiral Circus.

Falcon Age developer Outerloop Game debuted Thirsty Suitors during The Game Awards 2021. The exciting trailer showed cooking, skateboarding, and “RPG turn-based combat,” seemingly a part of the dating parts of the game. The story is centered on a woman named Jala who has returned to her small, gossipy hometown. But it looks like family, friends, and, of course, exes will also play a large part here, too.

Thirsty Suitors doesn’t have a release date, but it’s expected out in 2022.