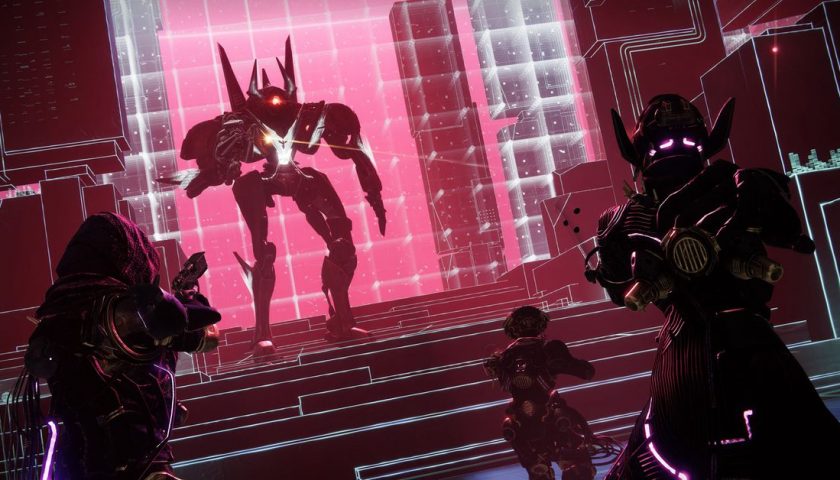 Since Season of the Chosen ended and Season of the Splicer began, players have complained about earning less XP from Seasonal Challenges (a new, weekly Challenge system that offers big XP gains for playing Destiny 2’s various activities). Turns out that the XP gain is a bug, but not in the way you might expect.

In a statement on Friday, Bungie said that the bonus XP that players can earn from the season pass didn’t properly go away at the end of season 12 — the season that launched alongside Beyond Light. That meant that active Beyond Light players went into Season of the Chosen with bonus XP boosters from the previous season. Players who completed Seasonal Challenges in Season of the Chosen then got massive gains, more than Bungie intended.

Each week, players get new Challenges to complete.
Image: Bungie via Polygon

The new XP values for Season of the Splicer are the correct values, and Bungie said players should expect this kind of payout going forward. The studio also revealed that players can tell how much of a season pass rank they’ll get by the type of XP listed on the challenge (although it can shift slightly depending on XP boosters in the season pass):

“We mistakenly did not acknowledge this bug during Season 13, and we missed it in the 3.2.0 patch notes for Season 14,” said Bungie, adding, “We apologize for the confusion with these changes.”

But the studio pointed out that players who complete every Seasonal Challenge will still exceed season pass rank 100 and earn every reward by the end of each season. Bungie also promised to keep an eye on feedback and data to ensure that players are happy with the changes.

Messing with XP is a slippery slope for Bungie. Not only does it affect how powerful players are or the rewards Guardians can pick up from the season pass, it also factors into Destiny 2’s real-money shop. A few weeks into each season, Bungie offers players the chance to buy levels on the season pass, allowing those who have more money than time to skip the grind. Any change to the XP system — whether accidental, like this one, or purposeful — certainly reminds players that they can always kick some cash in if they want to level faster.

With the implementation of Bungie’s disastrous Transmog system this season, the studio is already under a microscope. This XP clarification would be reasonable in most seasons, but hurts a little more coming in after Season of the Splicer’s frustration. It harkens back to the early days of 2017, when players discovered that they were actually earning less XP toward cosmetic rewards than the game was telling them.

Bungie said it should take players about as long to progress through the season pass as it did during Beyond Light. But if it doesn’t, the riled-up Destiny 2 fan base will surely let the studio know.