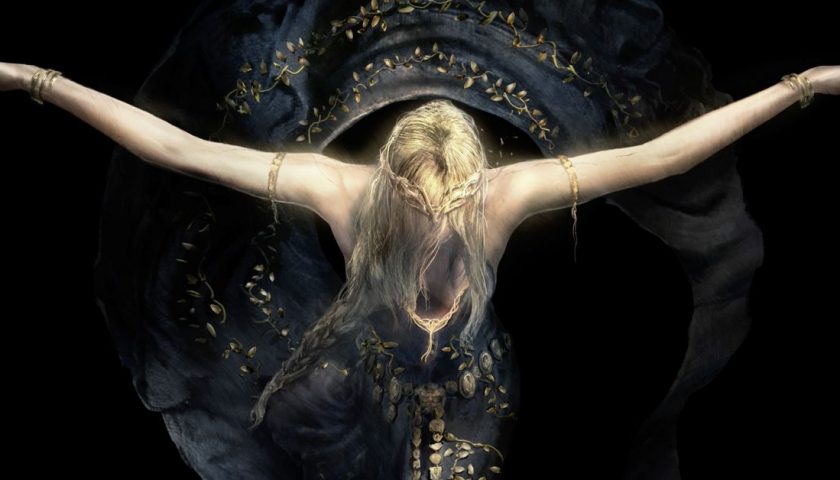 If you’re anything like me, you have been picking up buckets full of items in Elden Ring and leaving them to languish in your inventory. Maybe that’s because you forgot you had them, overwhelmed by the number of weird mysteries in the world. Or maybe you simply have no idea what to do with them — this, of course, is why I’ve been hoarding Ruin Fragments and Golden Runes, unclear on how to use them.

I’ve learned a lot from my colleagues about these weird and under-explained items found around the world in Elden Ring. Let me be the one to ask — and answer — the questions you’re too afraid to ask.

What are Golden Runes?

It feels like everything in Elden Ring is a rune, and that runes are used for everything. This is all partially true. Runes are both currency and experience points in Elden Ring. Golden Runes don’t automatically add to those tallies: After you pick up a Golden Rune and add it to your inventory, it just stays there.

It’s actually a consumable item that gives you different amounts of runes once you click the “use” button on it in your inventory. Using up your Golden Runes is a nice way to level up fast, since you’re gaining a bunch of runes all at once. If you don’t cash them in, Golden Runes stay with you even if you die, almost like a backup wallet of runes that you haven’t “spent” yet.

Hot tip: You can find Golden Runes inside the glowing skulls scattered around the world of Elden Ring. To get the Golden Rune out of the skull, you can crush it with your weapon or under Torrent’s hooves.

And Ruin Fragments? What are those?

OK. Ruin Fragments aren’t runes at all. These are basically rocks that you find around Elden Ring, which are necessary in crafting certain stone-related items, like the Glowstone or Rainbow Stone. (By the way, you’ll need to get a Crafting Kit to craft items.)

What do you use Rainbow Stones or Glowstones for?

One big question I had when I first started playing Elden Ring was why I needed colorful, glowing stones. Well, there are a variety of ways you can use these. For one, you can throw them at enemies. You can also use them to light up Elden Ring’s dark spaces, of which there are many. However, a torch or lantern that you can hold onto is probably the better choice for searching dark corridors and caves. If you haven’t found those items yet, glowing stones work, too.

The other useful way to use these items is to drop them off cliffs and into holes to test out potential fall damage. If you’re like me, you may have fallen into some holes that were unhelpfully labeled with a message instructing you that there was a cave to explore … and you may have quickly found out, like I did, that it was a trap. You can use these stones to “test” areas like this. You’ll have to listen closely to the sound the stone makes as it hits the ground — the higher the pitch, the more likely it is that you’ll die to fall damage.

You cannot eat Rowa Raisins in Elden Ring, but your ride-on pal Torrent can. And he should! Torrent, like you, takes damage. Rowa Raisins are crafted from Rowa Fruit, and if you equip them, you can feed your buddy Torrent while you’re riding him. Of course, Torrent dying isn’t the end of the world; if you wait a few seconds, you’ll be able to summon him again. (Except in some specific situations, where Torrent can only be revived by using a Flask of Crimson Tears.) Regardless, if Torrent dies suddenly, it will probably disadvantage you against enemies, since you’ll have to recover from falling to the ground due to your disappearing horse.

The other thing you can do to heal Torrent is to drink a Flask of Crimson Tears while riding, which will heal you and heal him slightly, too.

What’s a Stonesword Key? How many do I need?

These can be slightly confusing. Although they look like a little stone knife, they’re actually a key. You can use them to open stone gargoyle statues. Some statues need two keys to open, and some need one, which isn’t always immediately obvious.

The other thing about Stonesword Keys is that they are one-use only, so think about when and where you’re using them before you take the plunge. If you use just one of these keys on a gargoyle statue that requires two keys to open, for example, the way will remain barred until you manage to find another key and use it on that same statue. There’s no reason to hoard them, though. You should find enough of these in the world, and even sold from some merchants.

What do Scarabs do?

Scarabs are beetles you’ll see wandering the world of Elden Ring, pushing big sparkly spheres covered in golden glitter. You can fight these Scarabs, and they’ll drop items — usually spells or Ashes of War. But some Scarabs are either red or blue (Crimson and Cerulean Teardrop Scarabs), and if you defeat these Scarabs, they’ll refill your corresponding flask with Crimson or Cerulean Tears. This makes them immensely helpful to seek out — unless you just rested at a Site of Grace, in which case you don’t need to chase them down.

Glovewort is an item that will be useful once you’ve met and aided Roderika and she’s set up shop at the Roundtable Hold. You can trade her Glovewort in exchange for leveling up your summons, making your spirit friends more powerful. There’s also another item called Ghost Glovewort, which is used on legendary summons. Both items are pretty rare, so use them on the spirits you like — probably the jellyfish.